Competitors are now making their way to the traditional homeland of Australian triathlon in Forster, the coastal town in the Mid North Coast region of New South Wales to compete at the Challenge Forster Triathlon Festival returns this Sunday. 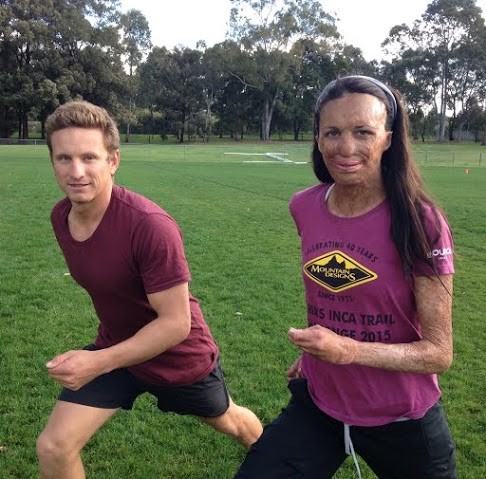 With a strong line up of professionals there is one very special age group competitor making her Challenge Family half distance triathlon debut.

Turia Pitt and her fiancé Michael Hoskins, who she credits for being her motivational influence on her long road to recovery are competing in the signature Challenge half distance event - a 1.9km swim, 90km bike and 21.1km run.

In 2011 the life of 24-year-old Turia Pitt changed forever when she was involved in a near fatal fire while taking part in a 100 kilometre ultra-marathon in Western Australia.

Suffering burns to over 65% of her body, she remained in a critical condition for weeks and even the most experienced Doctors didn’t believe she would survive. Fast forward to 2015, and after countless surgeries and almost two years wearing a head-to-toe compression suit, Pitt is now taking on the world.

Triathlon has become a sport synonymous with achieving personal feats and stories of motivation and Challenge Forster is hoping to welcome a string of similar and inspirational individuals.