Moffatt led an Emma 1-2 finish from 21-year-old Sydneysider Emma Jeffcoat and Jaz Hedgeland in the women’s race before Walkington claimed a brilliant team effort in the men’s race to runaway from Aaron Royle and Olympic team contender and Under 23 World Champion Jake Birtwhistle in a major show of strength from the team in green and gold. 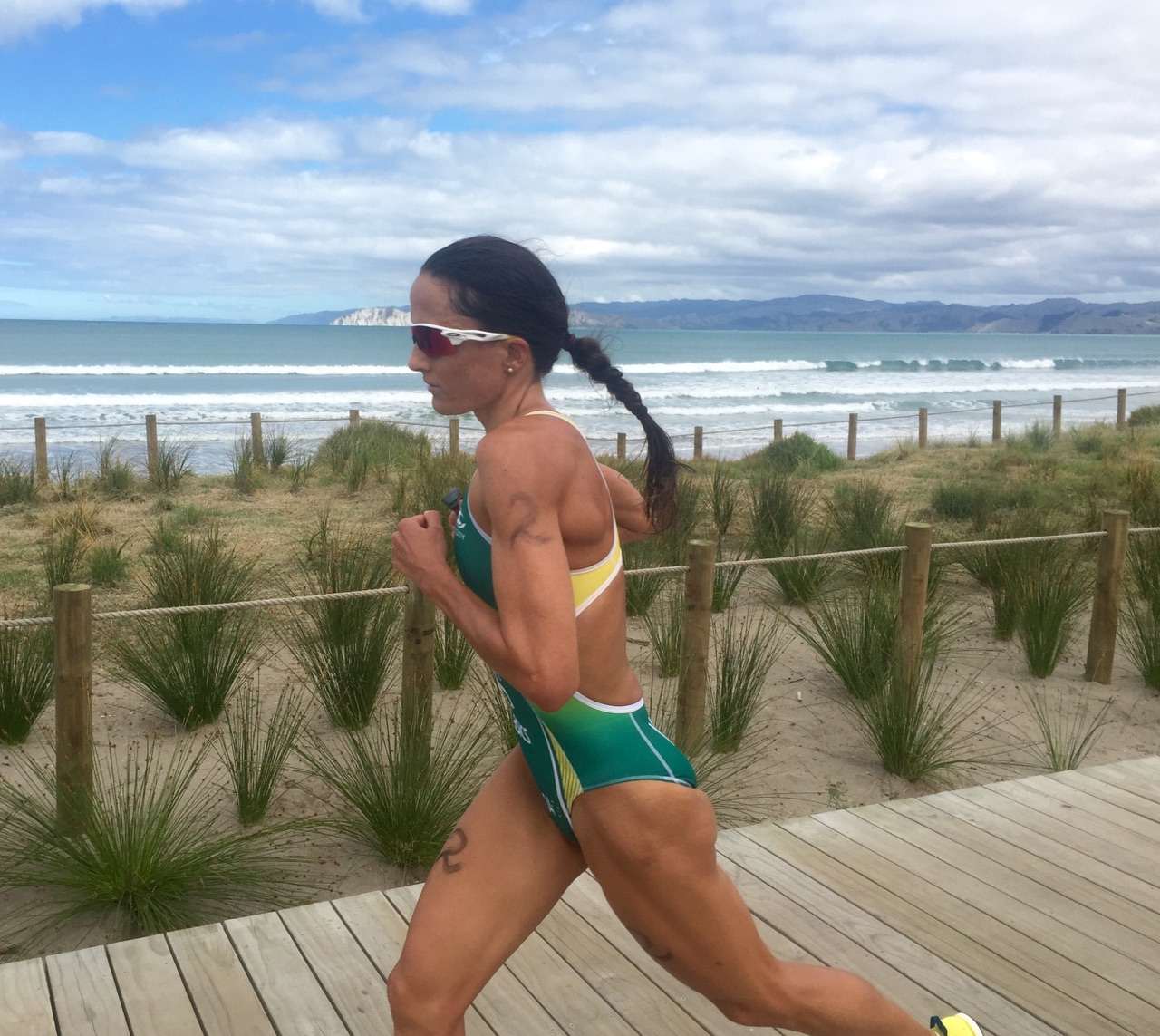 Royle is the only athlete to have secured an automatic athlete nomination for the team after his sixth place in last year’s Rio Test Event with the final opportunity to earn an automatic place coming on the Gold Coast on April 9 at the second round of the World Triathlon Series.

A top 10 finish in the men’s and women’s race on that day will see two more names nominated to the Australian Olympic Committee.

If that is the scenario there will be one spot in the men’s and two in the women’s open for discretionary selection.

In the all-important men’s race, it was Royle who dominated the swim along with recently crowned Australian champion Walkington and Queensland youngster Matt Roberts.

The three Aussies broke away, with Royle showing his surf skills, exiting the surf with a lead of over 30 seconds before he sat up on the bike and waited for his team mates to form what was effectively a three-man pursuit team to establish a lead of 1:35 going into the run. 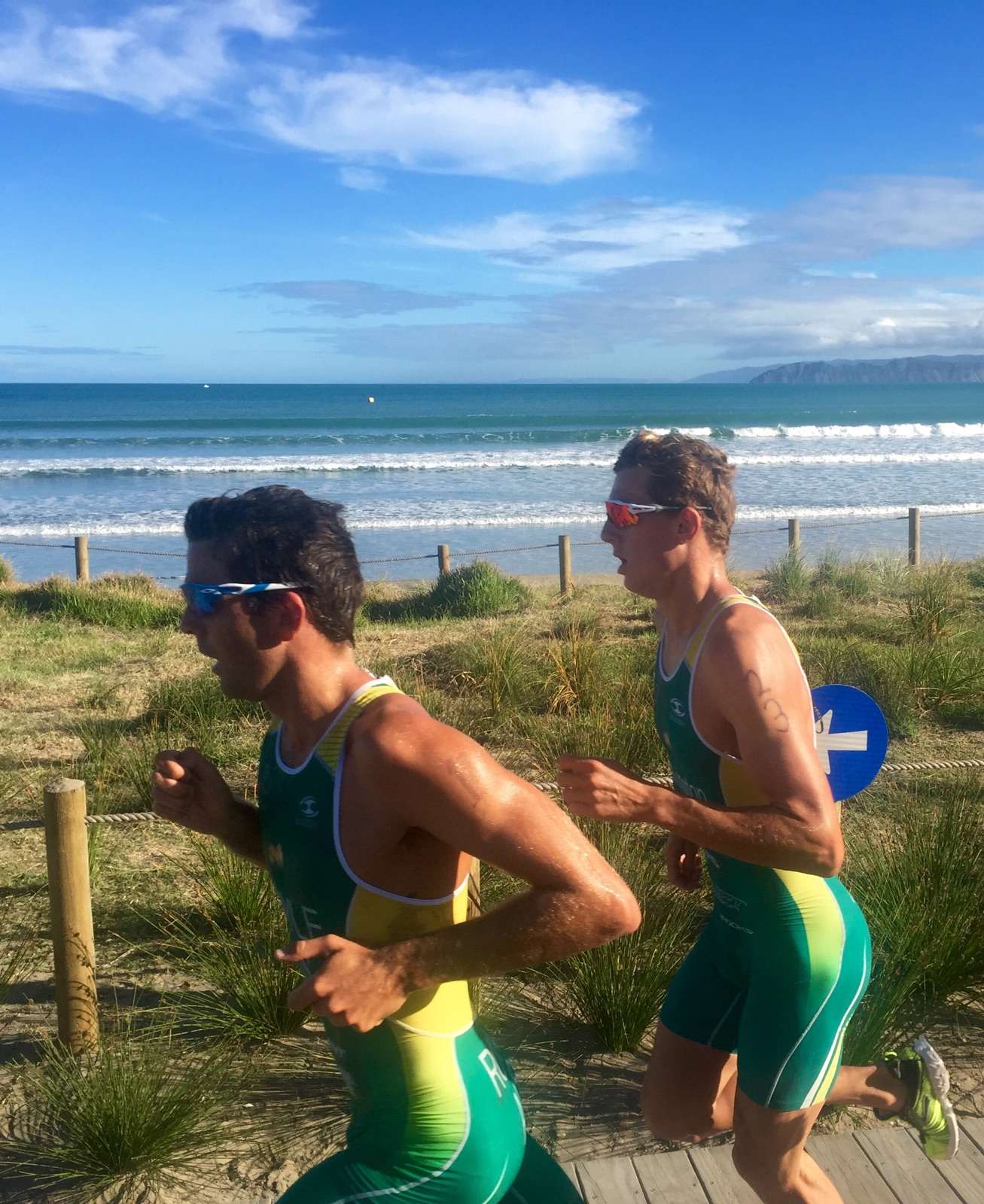 The trio broke away to create a perfect scenario for the Australians with the likes of Birtwhistle, Ryan Fisher, Declan Wilson and Joel Tobin-White in control of the chase pack and the determined Kiwis.

“Everyone did their jobs from the swims, which saw some amazing surf skills, to great jobs on the bike and in the run – well done to all.

“To secure those final quota spots ahead of New Zealand was never going to be easy – the New Zealanders hate losing and especially to Australia.

“But to get a maximum three spots for Rio is testament to everyone doing their job – it‘s up to the individual athletes now to deliver on the Gold Coast next month.” 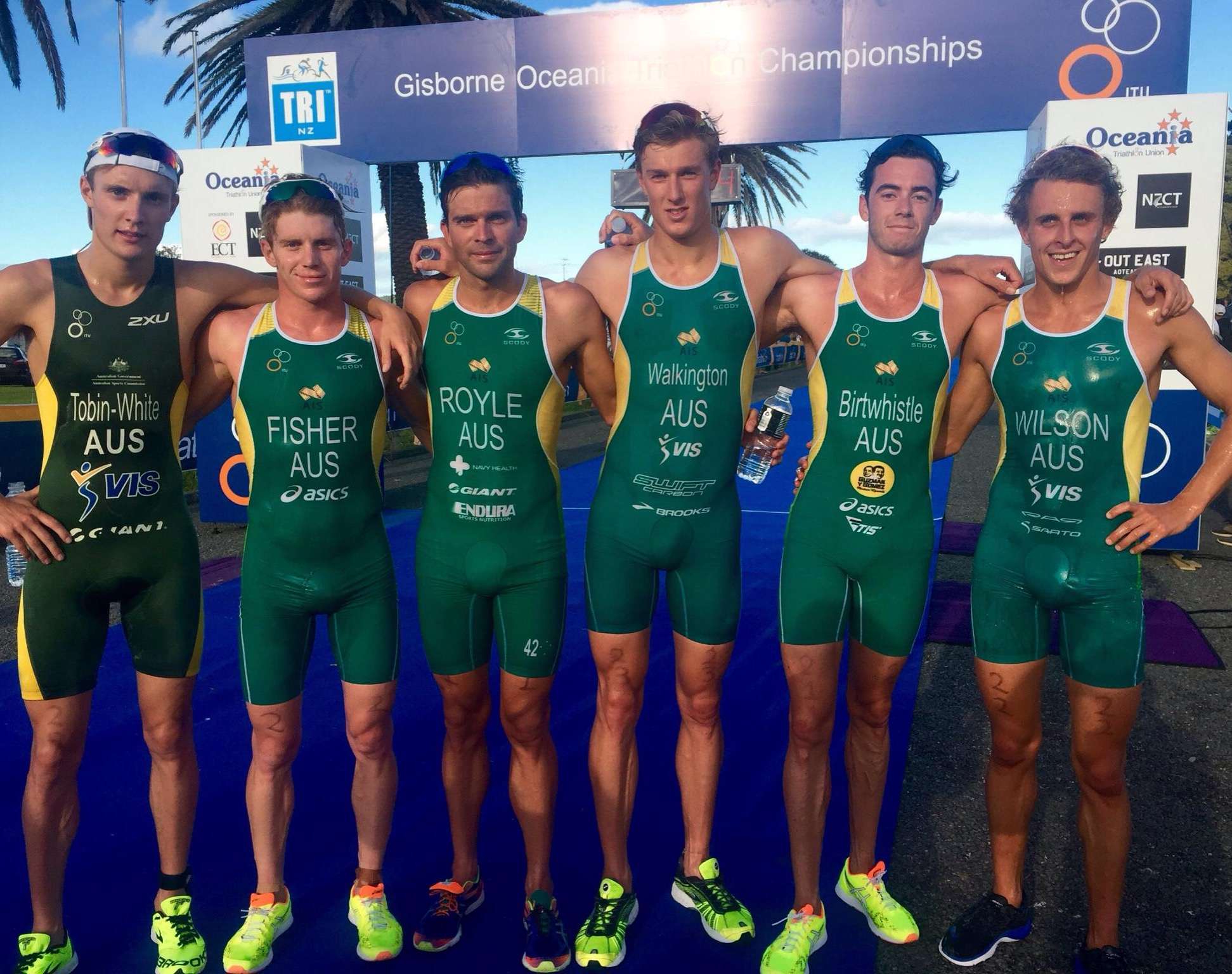 It was like old times in the women’s race with another 1-2 finish for two of Australia’s Emmas – this time the well established two-time Olympian Emma Moffatt racing away from Triathlon Australia’s latest addition to “Team Emma” – 21-year-old Emma Jeffcoat, from Sydney’s Northern Beaches.

It was the 2016 version of the Emma and Emma show as the pair led out of the 1500m surf swim after riding a wave to the beach – conditions which suited the two former surf swimmers – Moffatt who grew up in the waves at Woolgoolga on the NSW North Coast and Jeffcoat in the waves at Dee Why, where she was a champion lifesaver.

The pair then rode away with the race on the 40km bike before the smooth striding Moffatt, chasing a record third Olympic team, raced away from Under 23 winner Jeffcoat with the fastly improving Jaz Hedgeland, on her way back from injury, third.

Jeffcoat, who has already secured her place on trhe Australian Under 23 team for this year’s World Championships, is a timely addition to the Emmas, for Australia’s most credentialed Emma in Emma Snowsill (now Emma Frodeno) who this year celebrated the 10th anniversary of her 2006 Commonwealth Games gold medal in Melbourne and the eighth anniversary of her Olympic gold medal win in Beijing. 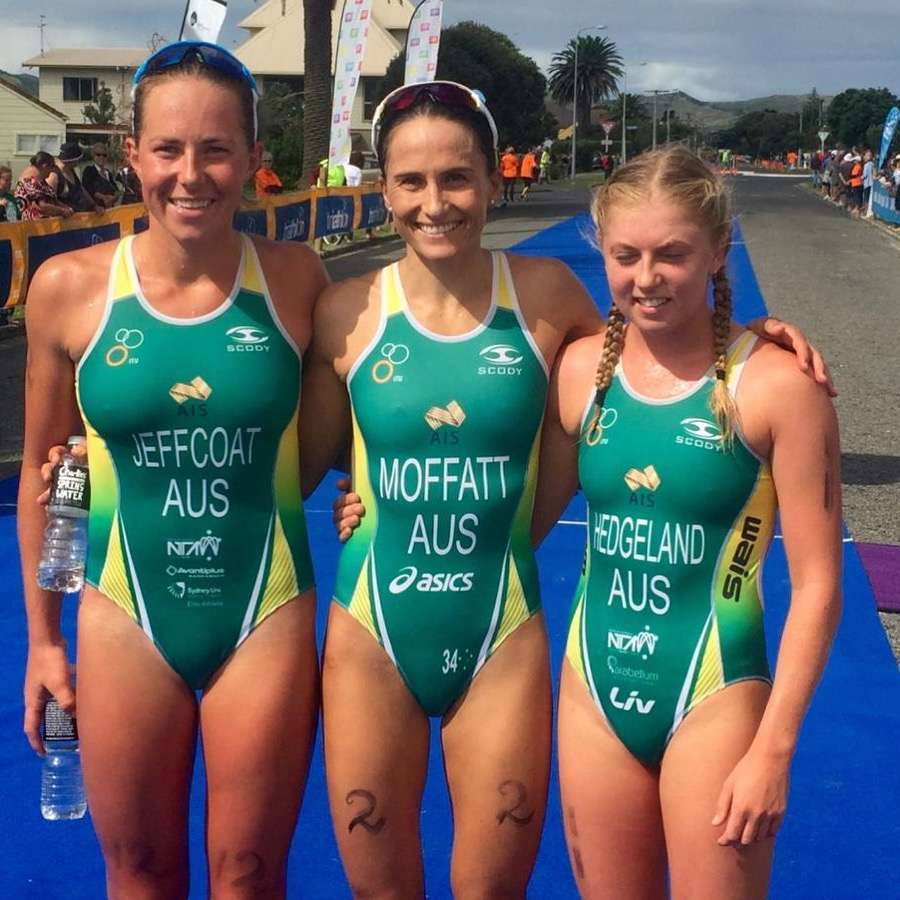 “Emma and I worked really well on the bike but the headwind was tough coming back each time which stung the legs a little bit and likewise on the run it was hard running into that wind,” said Moffatt.

“I was really focused, here to race and wanted to go hard but it is a nice setting so that eases the pain a little.

“It is a tough year trying to get into the Olympic team for Australia; it is a hard feat in itself, I have to go well in the World Series race in April on the Gold Coast and then if I qualify, go hard again in August.

“I was disappointed in Mooloolaba not to catch a wave so it was nice to get one this week and gives you a nice lead on the other girls and then work well together from then on.”