Quick thinking Australian triathletes Aaron Royle and Ryan Bailie saved what could have been a dangerous situation for swimmers at popular Fitzroy Beach in New Plymouth, Taranaki (NZ) this week. 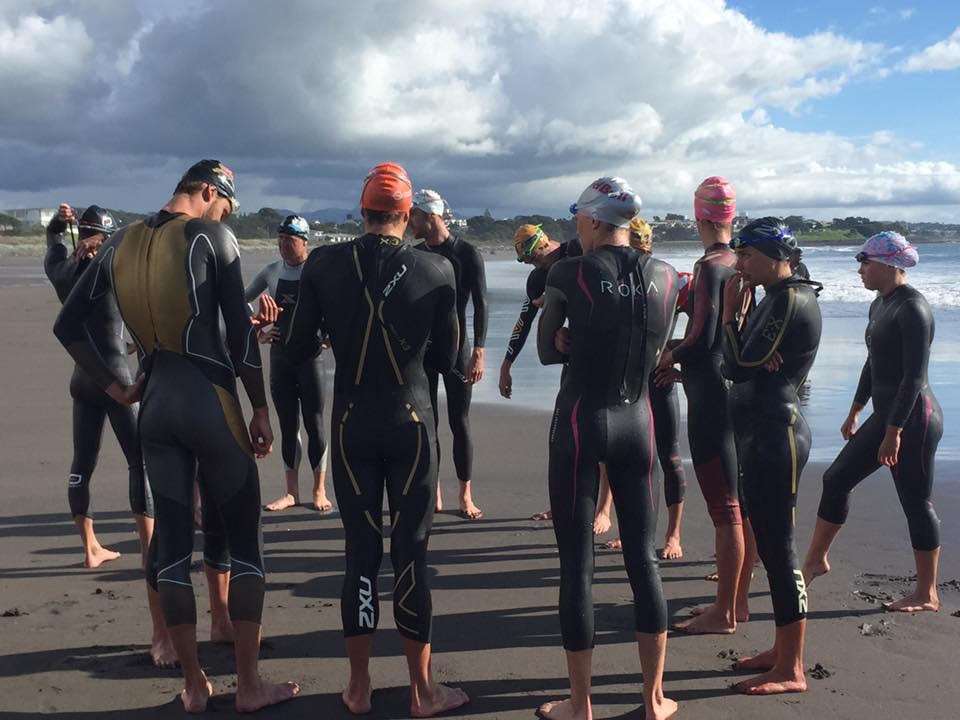 “We were just finishing an open water session and as we were coming in, Ryan and I noticed two British tourists caught in a strong rip - we told them to swim across to where the waves were breaking and then head to shore,” the modest former pool lifeguard, Royle said today.

“But once we were back on beach I saw that a young kid was struggling in the same rip that the two British guys were in, so our team physio Dean Sullivan and I ran back into the surf

“As I was swimming out I grabbed a body board off another surfer who was standing in knee deep water and took it out to the kid and put him on the body board and swam him back to shore.

“He was probably about 10 years old and wasn't panicked too much, at least not as much as his mum was on shore. Both the kid and the mum were thankful and we carried on with the rest of our session.” 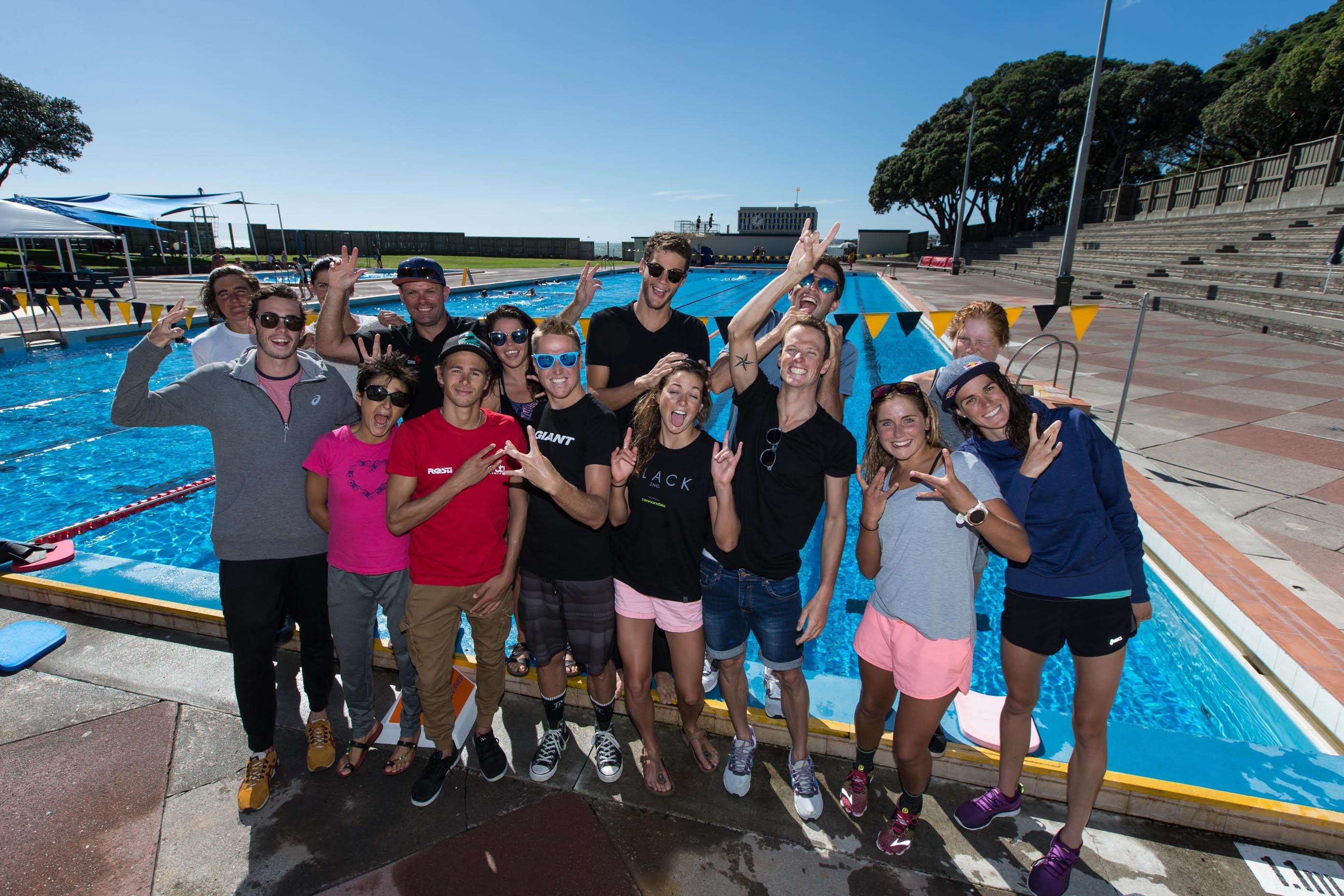 Locally born Turner, head coach of the group known as the Wollongong Wizards was full of praise for his boys.

“The British guys were struggling, out of breath and stressed out before Aaron and Ryan arrived and helped them out and the youngster was being sucked out in the same rip and I told the boys their work was not done yet,” said Turner.

“The young boy’s mother was certainly most thankful.”

Royle, the only Australian to qualify for Rio so far, will kick-start his Rio preparation in earnest in New Plymouth, where the Wizards have been training for the past fortnight.

He had an early season hit out in February at an Oceania Cup race in Wollongong and like that race, New Plymouth’s “Sprint by the Mountain” in the Taranaki region will also be a sprint distance (750m swim; 20km bike; 5km run) format.

This will be his first World Cup race of the season and he will be joined by fellow Australians Drew Box, Luke Willian and Kenji Nener in a 72-strong men’s field led by South African star Richard Murray.

Willian was the best placed of the young Australians in the recent ITU Mooloolaba World Cup, finishing a close-up 11th in a race dominated by the Spanish boys Mario Mola and Vicente Hernandez.

The only Australian amongst the 50 women’s starters will be Sydney Northern Beaches rising star, former surf lifesaving champion Emma Jeffcoat, who has already qualified for this year’s World Championships in Cozumel, Mexico. 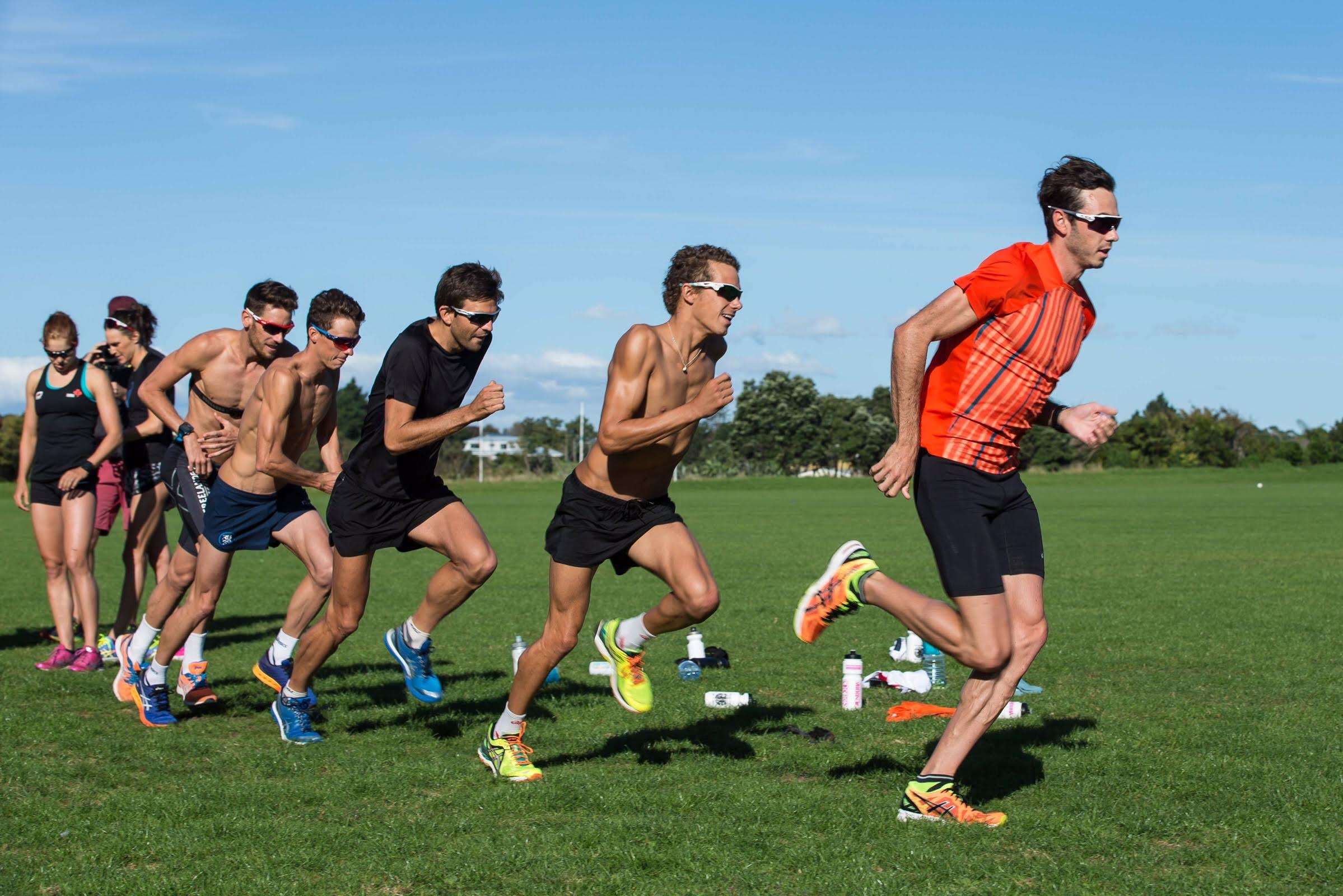 The majority of Turner’s team have set themselves for the next WTS round on the Gold Coast – the Olympic Team automatic nomination race on April 9.

“Aaron is in a different phase of training with just Rio on his mind in a very single minded approach,” said Turner.

“He will race New Plymouth this weekend, then the Gold Coast, Leeds and Hamburg before the Olympics.

“He has certainly been riding his bike more in and around the Mount Taranaki region which provides the group with so many great options and is optimal to juggling everyone in different stages of their preparations but it is an ideal place to train.

“When you are out riding you can go 80 or 90km and only see half-a-dozen cars; the road surfaces are perfect, no pot holes and there is also no compromise on the hills.”