There’s just no stopping Keith Pearce – Australia’s remarkable 79-year-old triathlete who has not only conquered all but one of his opponents this week but also the oppressive heat that has wreaked havoc here in Cozumel for the ITU World Triathlon Championships.

Pearce was the last man standing today after a marathon 3 hours 38 minutes and 06 seconds to win the 80-84 years ITU World Triathlon World Championship. 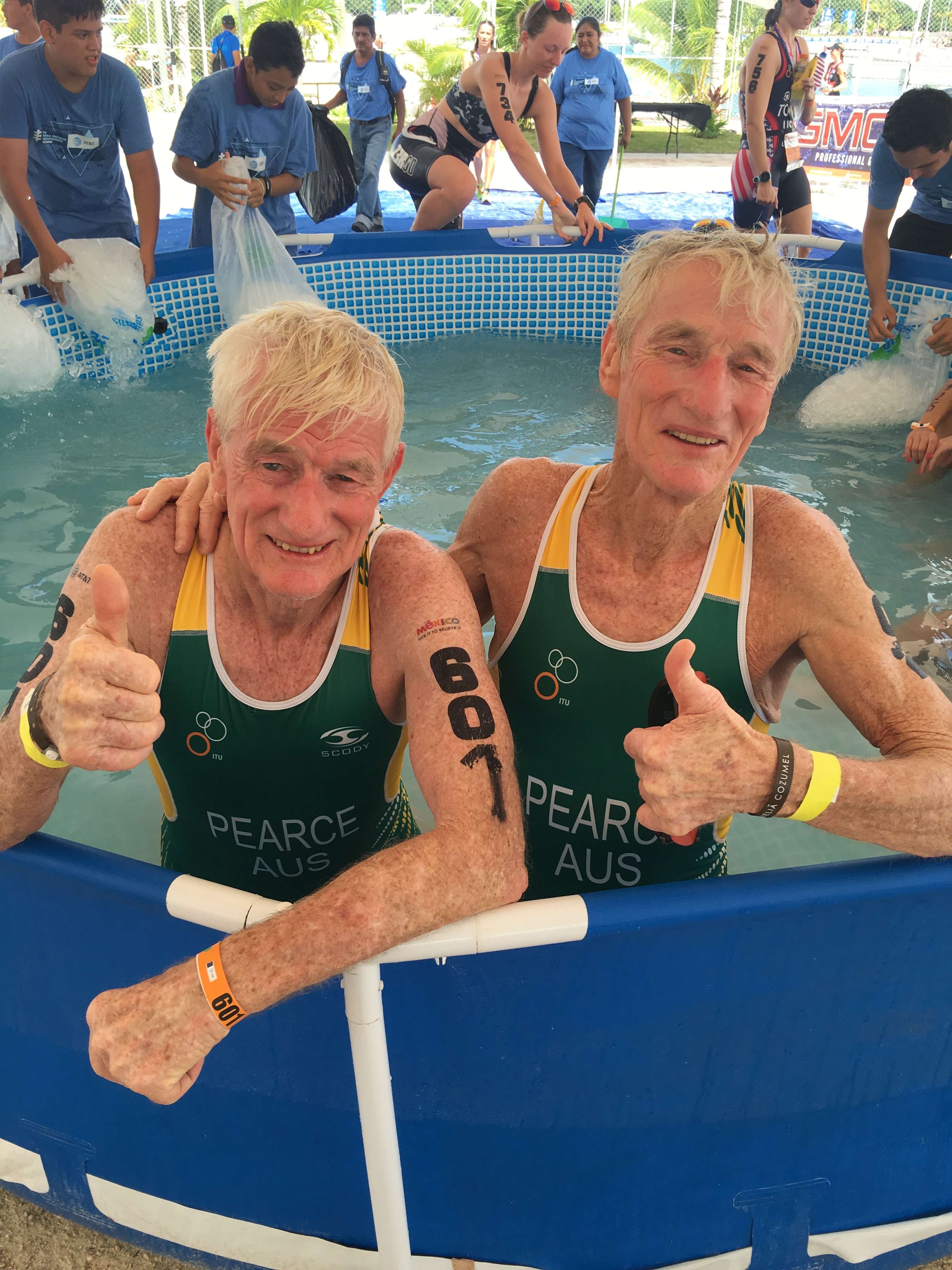 The former champion distance runner from the 1960s and 70s, who once hitch-hiked across the Nullabour from Perth to Sydney, showed as much grit and determination as any of the 2000 athletes who have made the journey to this little slice of paradise on the Caribbean.

To complete the course here at his age in these brutal conditions would be nothing more than a torture test.

For Keith Pearce he dines out on this every day and has done all of his life.

“This heat doesn’t worry me; I like it; I grew up in Africa and ran at 5000 metres and it was hotter than this; the hotter the better and I don’t wont to sound you know..cocky or anything,” said Keith.

At the other end of the spectrum two Queensland 19-year-olds Isobel Chisholm from Rockhampton and Brandi Alberts from Hervey Bay also delivered the green and gold a great finish – charging to the line to take gold and silver respectively in the 18-19 years Standard Distance.

Amazingly gold to one of the youngest in Chisholm and one of the oldest in Keith Pearce – 60 years her senior.

Chisholm, a Rockhampton Grammar School graduate now living in Brisbane, clocked 2 hours 17.49 and Alberts, the World Age Group Duathlon Champion 2:21.42 while Keith's 3 hours 38.06 was a long time to be on the road in the Cozumel conditions.

An outstanding and proud Indigenous athete, Alberts was recently awarded a sportsman’s award in NAIDOC week celebrations on the Fraser Coast.

In other results: Karen Barrow followed up her gold medal in the Sprint event for the 40-44 years women with a silver medal today while in the 50-54 years Virginia Forbes won bronze. 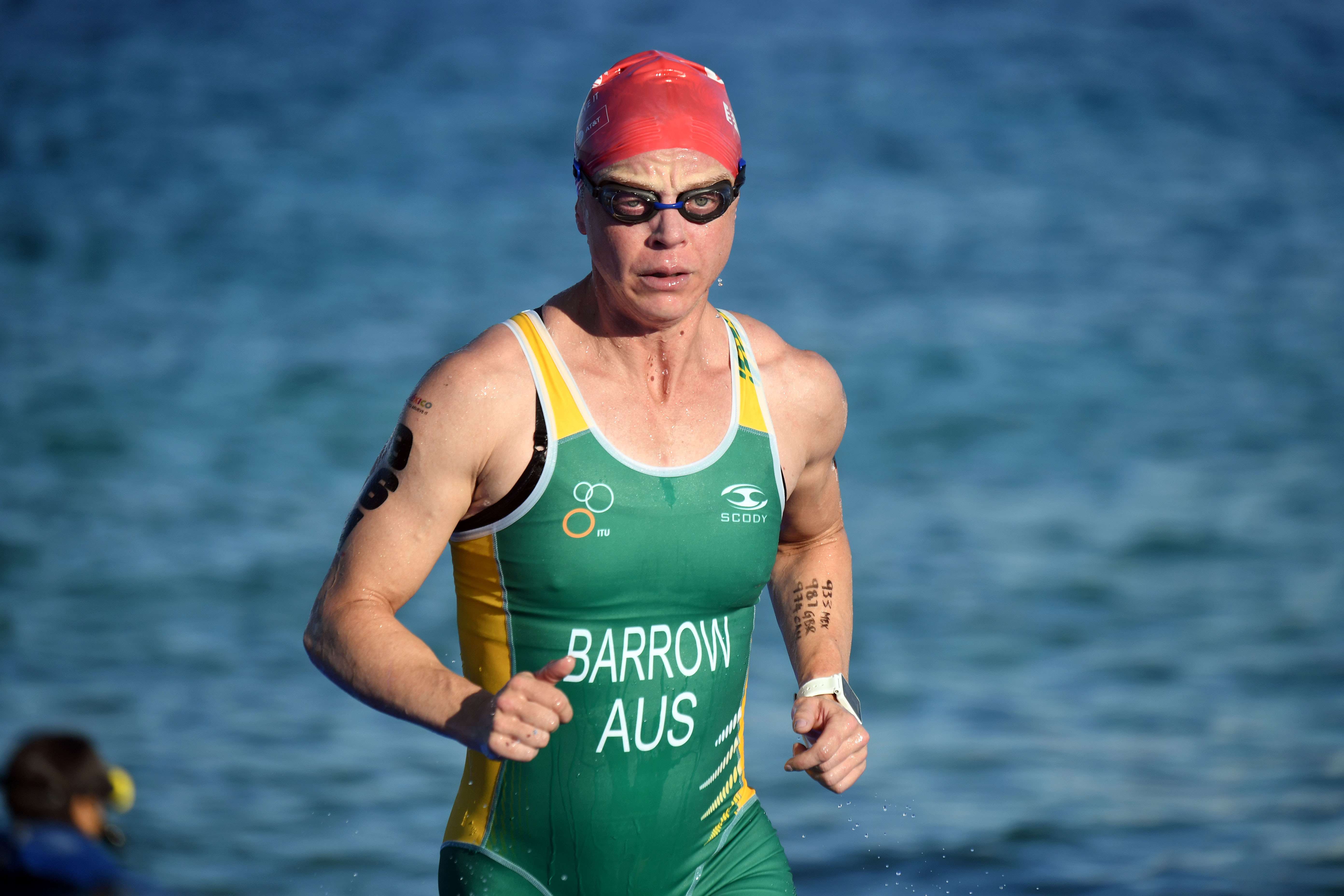 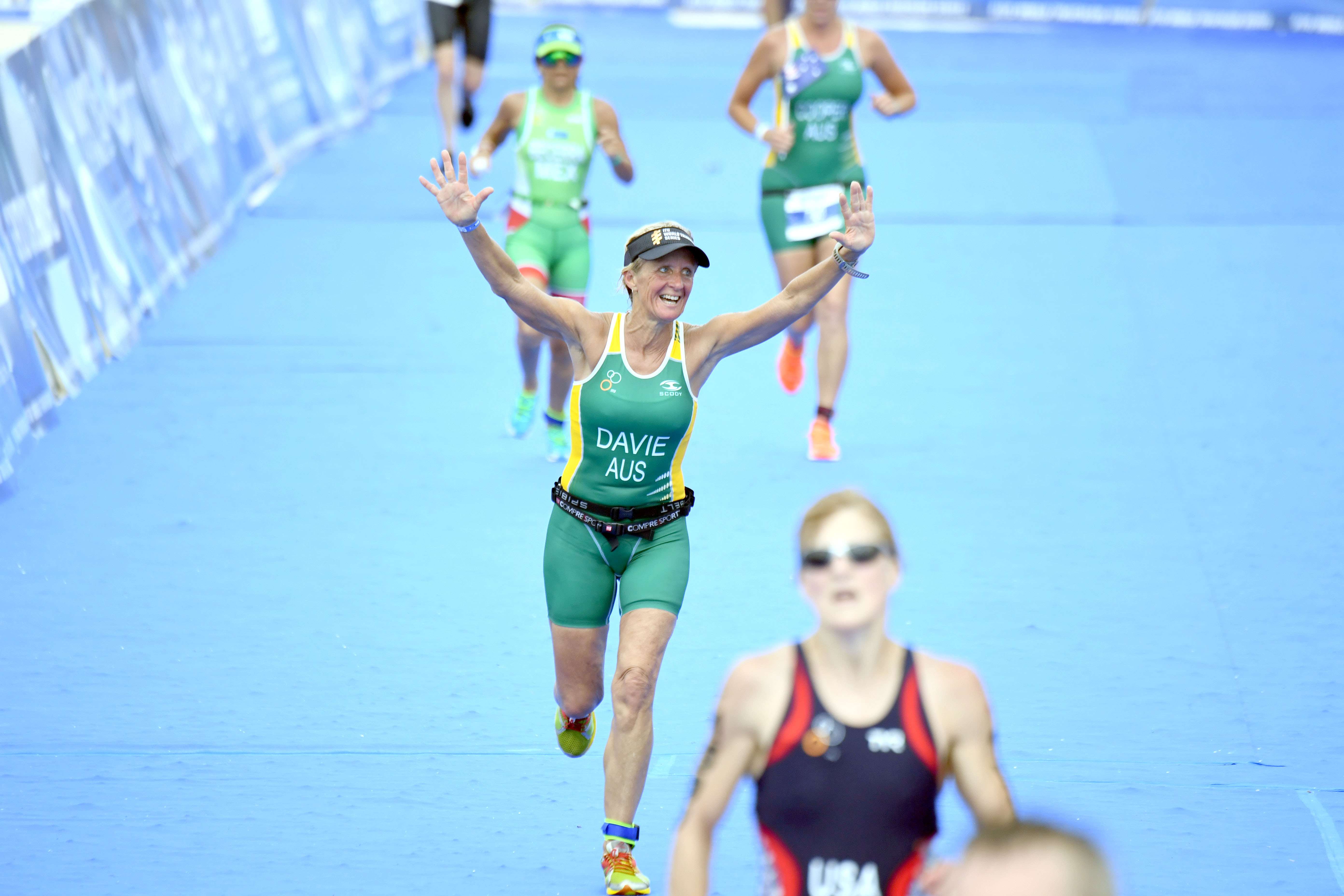