Australian trio Bill Chaffey, Brant Garvey and Nic Beveridge showed extraordinary courage and determination to overcome the pain barrier and do their country and their sport proud when paratriathlon made a stunning debut at the 2016 Paralympic Games on Rio’s iconic CopacabanaBeach today.

Gold Coaster Chaffey, at 40 years of age, just didn’t have the gas to go with the medallists finishing fourth in the PT1 class in what was a tough day in the office for the five-time world champion.

Beveridge, like Chaffey, a wheelchair triathlete, from Brisbane in the PT1 category, was as determined s ever to hang in for his ninth place finish. 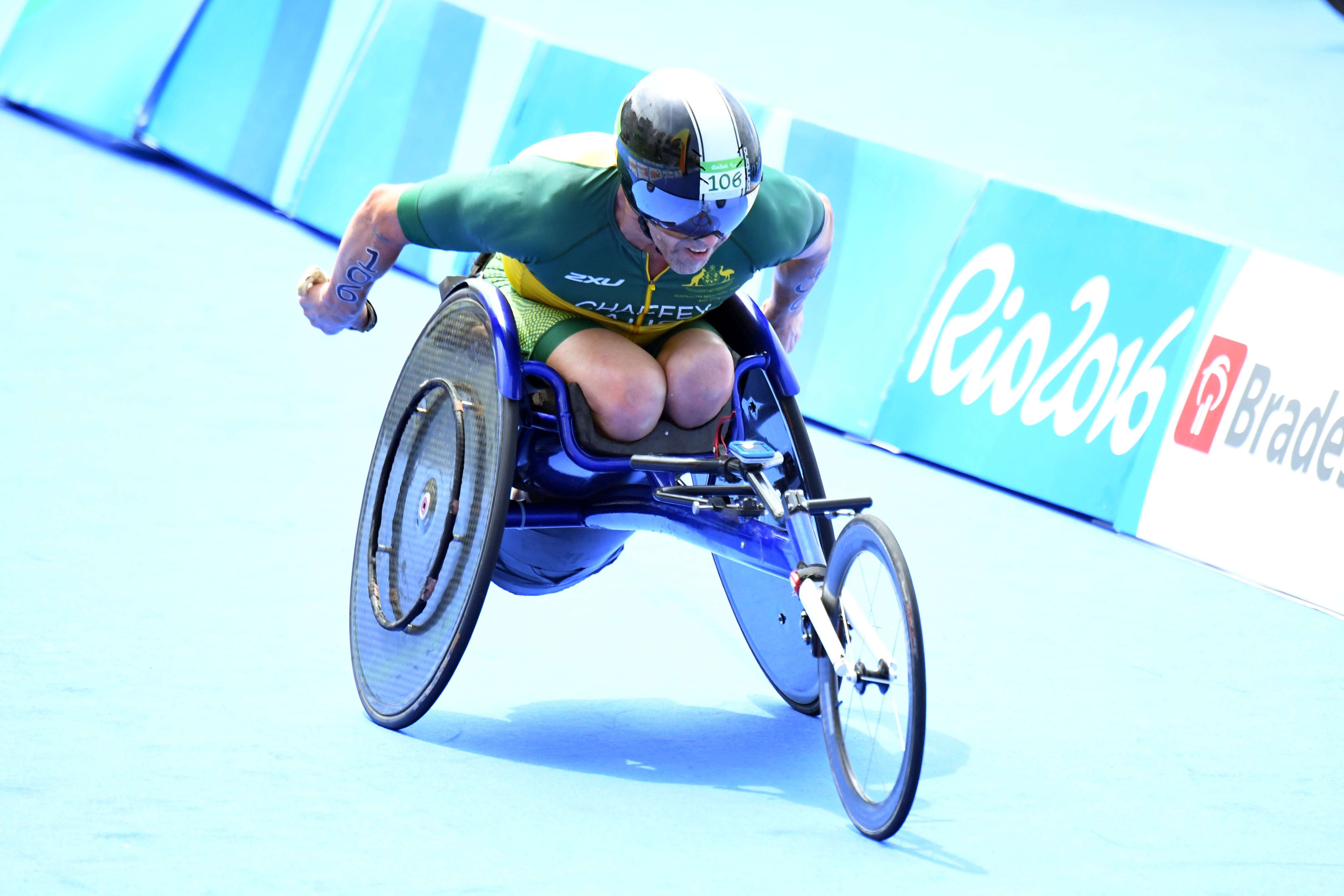 But it was 31-year-old Garvey, the above knee amputee, who dug deeper than he has ever dug in his career to also finish the course in 10th in what was the toughest day of his life for the boy from WA, in the PT2 division.

Chaffey admitted to bitter disappointment in his result, but graciously praised the medallists who finished ahead of him, Dutch pair Jetze Plat and Geert Schipper and Italy’s Giovanni Achenza.

“While I raced pretty well out there today, those other guys were that much better. Congratulations to them. I’m a little disappointed in myself,” Chaffey said.

“I always knew I’d have a deficit after of the swim. I wasn’t sure how far it would be. Jetze [Plat] is a fantastic swimmer and cyclist and, as he proved today, he’s a fantastic triathlete.

“And the other two guys, Geert [Schipper] and Giovanni [Achenza], they came past me on the bike like I was sitting still.

“I was going as hard as I could, so all credit to them. They’ve obviously made a massive improvement on the bike and I haven’t made that up.

Beveridge said he was proud of his effort registering around his personal best times for each leg of the race.

“I hit the ramp up to where the grandstand was and all of a sudden, being short of breath, the dry mouth, the sore arms, it just disappeared and the crowd just pushed you that last hundred metres across the line. It was a pretty special venue here,” Beveridge said. 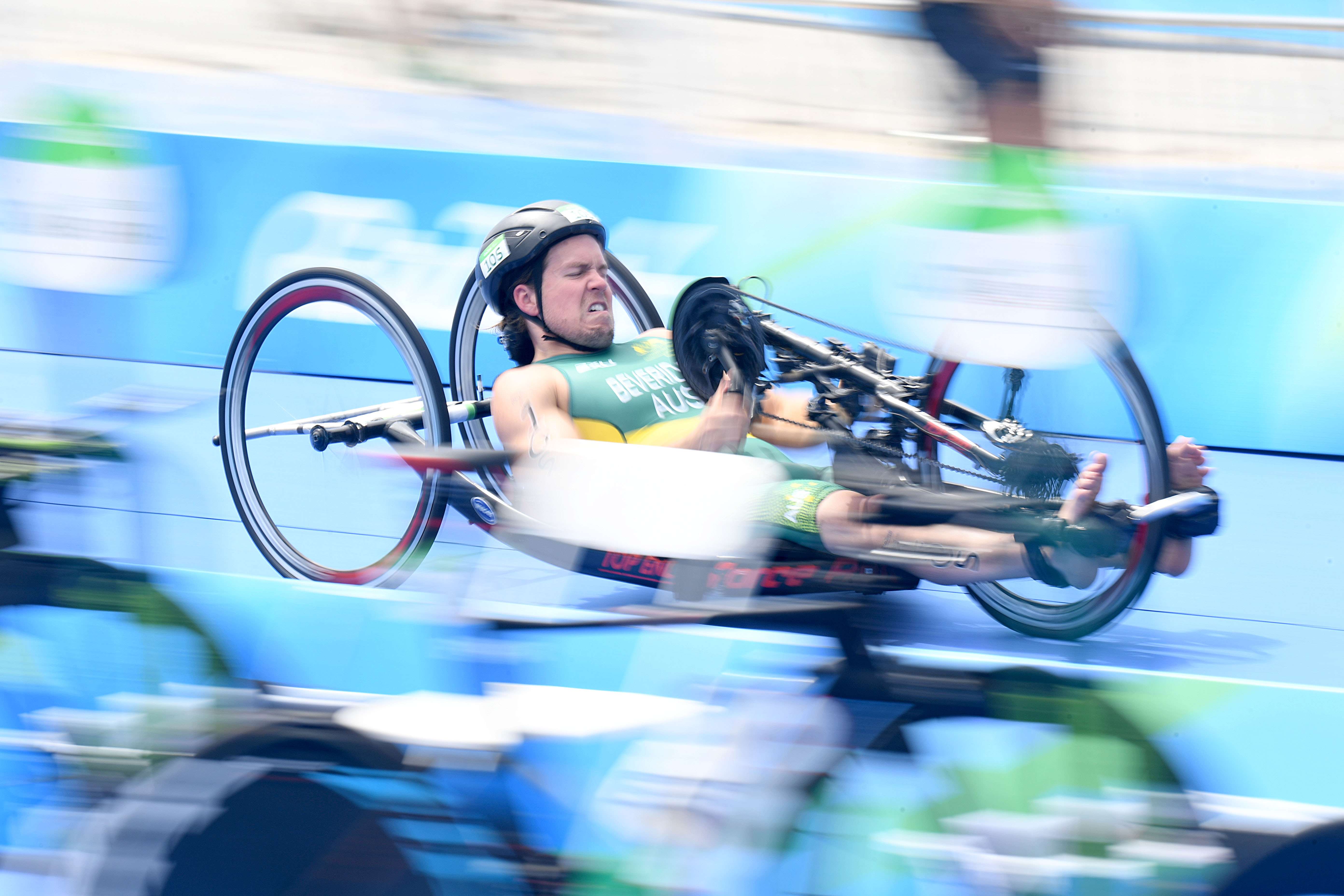 But it was the brave efforts from Garvey who showed extraordinary courage to stave off “excruciating pain” and reach the finish line who captured the imagination of the Australian team and spectators alike.

Garvey looked to be in all sorts of trouble as he reached the final transition from bicycle to run, with doubts about whether he would finish, but the 31-year-old refused to give in, crossing the line in 1:19:21, about seven minutes behind winner Andrew Lewis from Great Britain.

“When it came to the end of the bike – I think I’d lost just about every position that I had – and my abductor in my good leg grabbed and I couldn’t run and was in excruciating pain,” Garvey said.

“I didn’t think I was going to be able to run, but I got into a bit of a rhythm and was able to finish my first ever Paralympic Games [triathlon].” 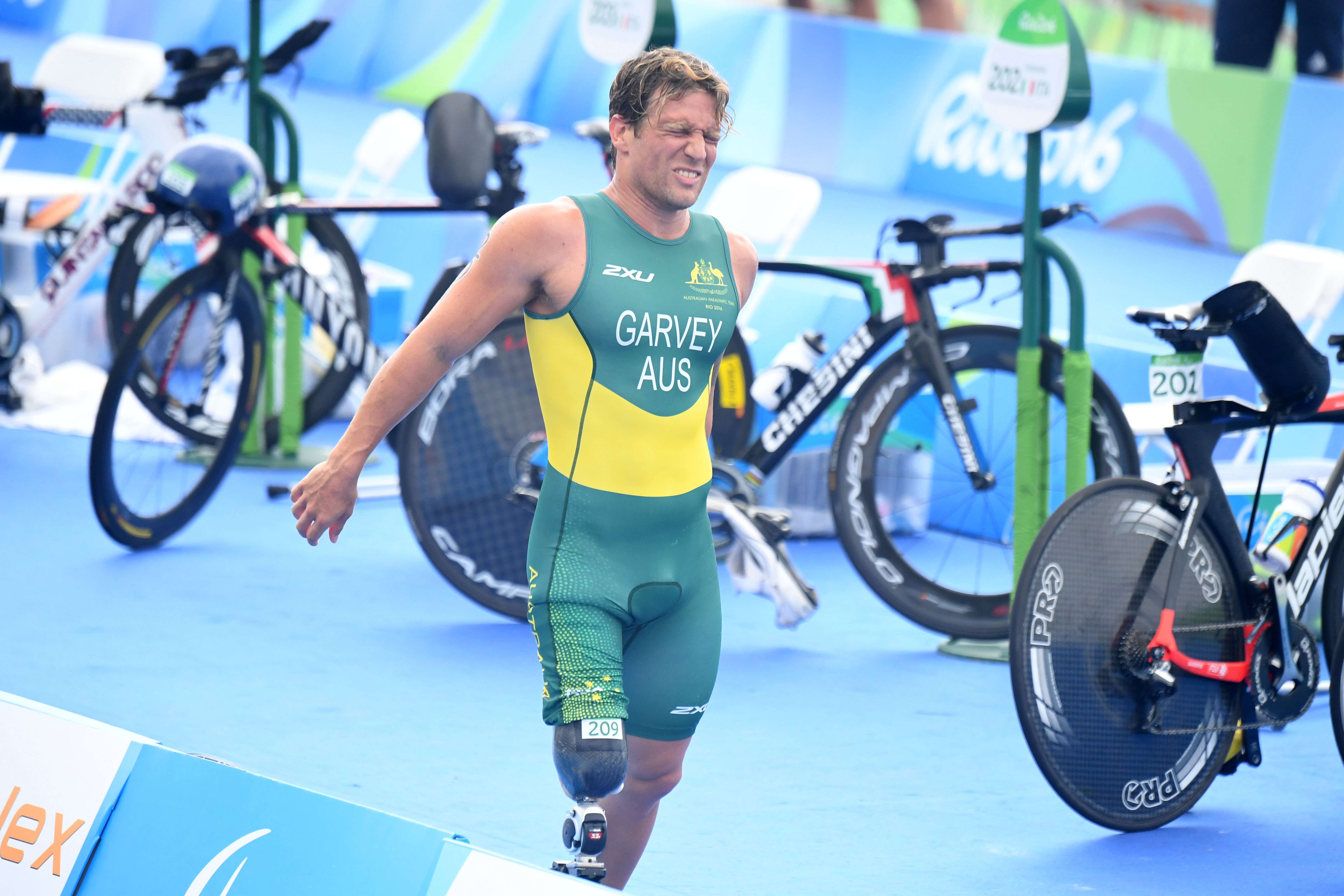 The gold went to Andrew Lewis from Great Britain, the silver to Michele Ferrarin from Italy and the bronze to Mohamed Lahna from Morocco.