Australia’s young triathletes will be back on show tomorrow in the Under 23/Junior Mixed Teams Relay after another tough day in the office in the oppressive heat that has been the feature of the 28th ITU World Triathlon Championships in Cozumel.

As idyllic as the resort island is, the heat, the near 100 percent humidity and early tropical showers are certainly taking its toll.

Gold Coast based Western Australian Under 23 Jaz Hedgeland was the best of the Australians in today’s brutal individual races that also featured the Junior Men and Junior Women. 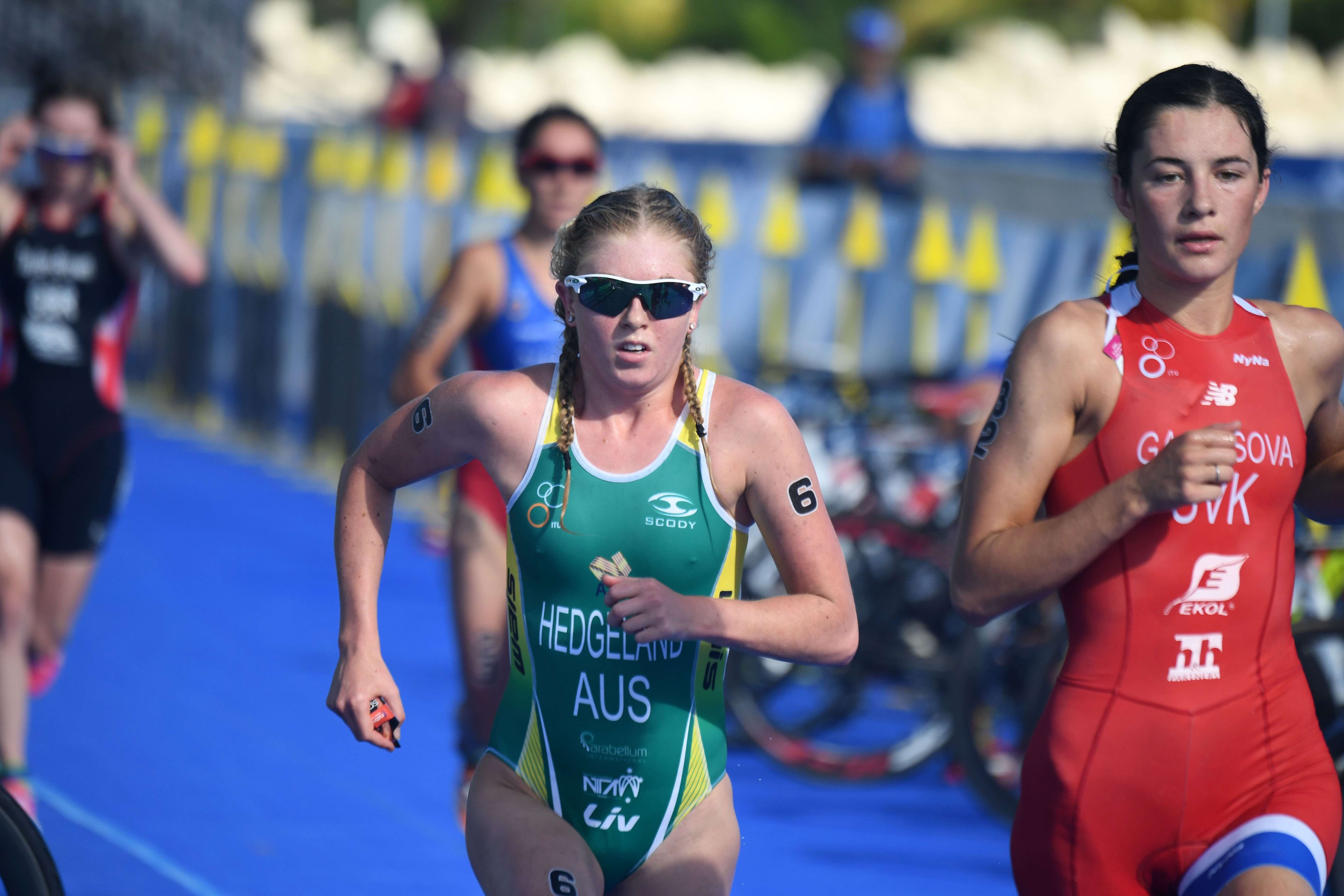 Hedgeland hung on grimly for her ninth place finish in the opening race of the day, raced in the heat of the morning while the Juniors had their events delayed until the late afternoon.

The 21-year-old former four-time Australian Junior Series winner, was the only starter for Australia after World’s debutant Emma Jeffcoat was forced out of the Championships with a stress fracture, just days before the race.

Later in the day saw the Junior Women in action with Brisbane’s Sophie Malowiecki hanging in on the run home to finish 14th ahead of WA’s Jessica Claxton (19th) and former Goondiwindi girl, now Brisbane-based Zoe Leahy (30th). 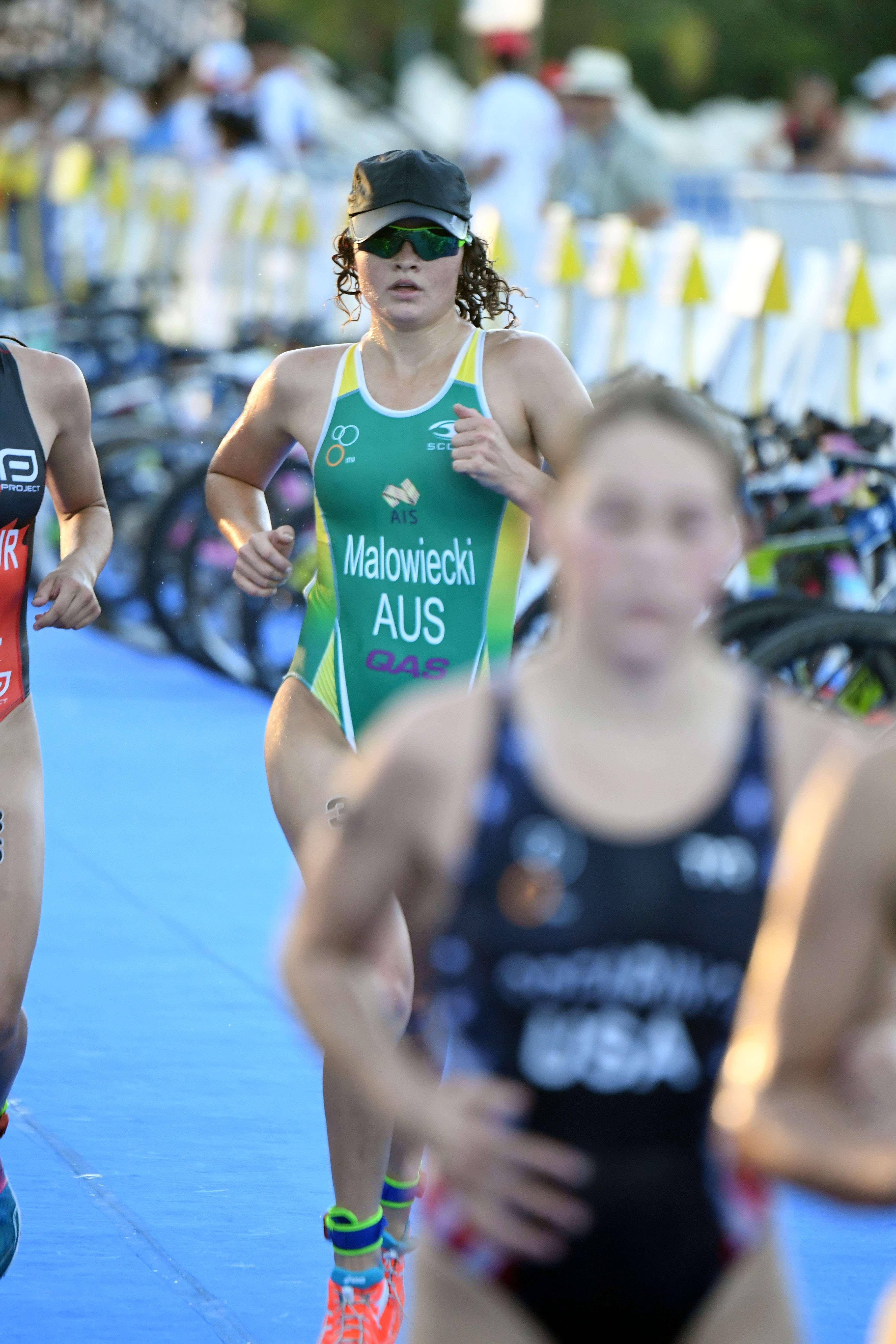 Earlier in the afternoon in the Junior men’s world championship, WA debutant Liam McCoach finished strongly for his 37th ahead of Gold Coasters Kye Wylde (40th) and Matt Hauser (45th). 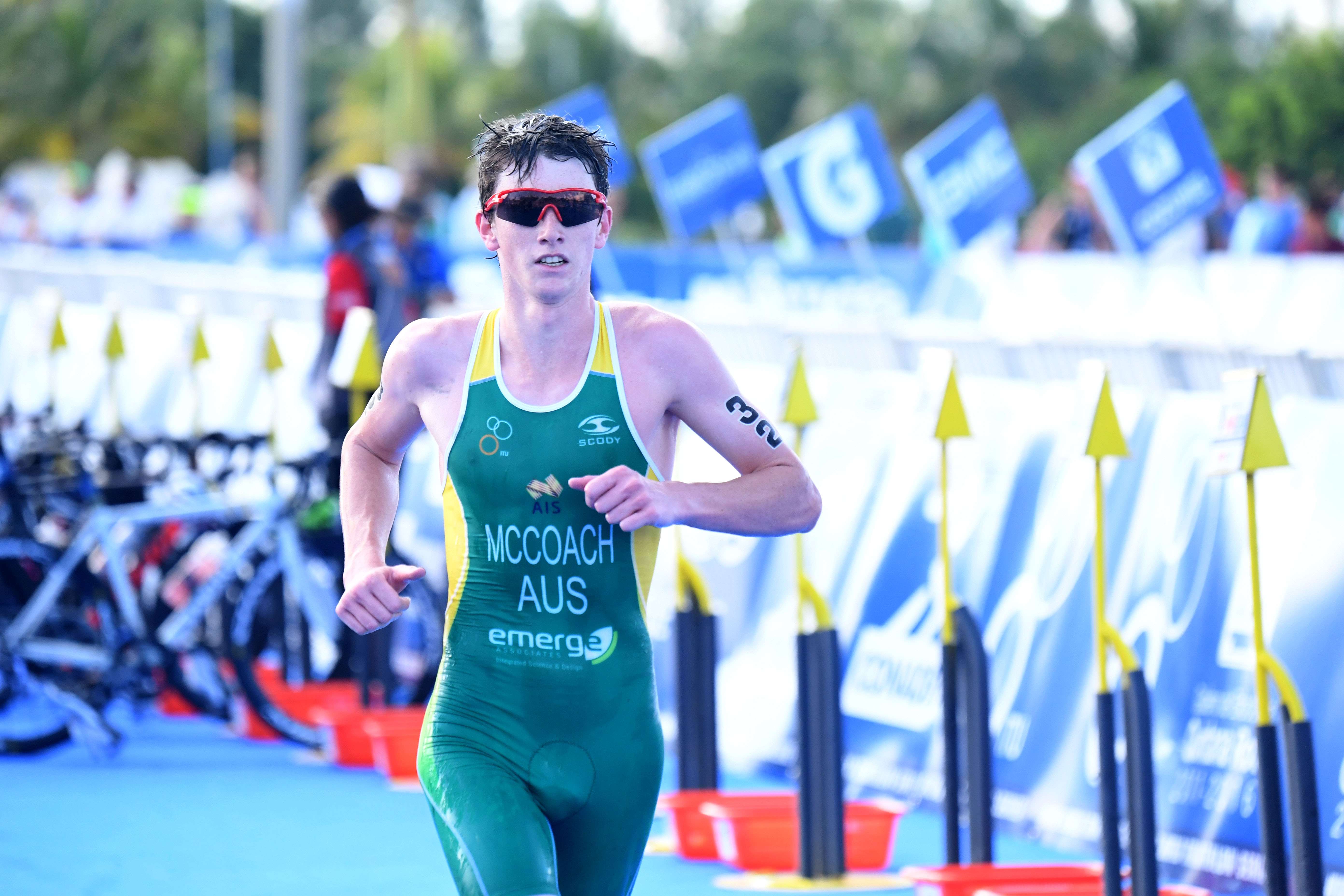 Hedgeland, who left her home in Perth to link up with coach Dan Atkins at the Gold Coast-based Performance Centre, put herself very much in the Under 23 race with a solid 1.5km swim but knew she had to adopt safety-first tactics, especially on the tricky cobblestone sections of the road to stay upright on the bike for 40km.

“Going over those cobblestones and it was wet (after a morning shower) it was quite scary actually,” said Hedgeland.

“A couple of times I’d hear girls crash right behind me and I knew I’d rather be more cautious and stay up right around the corners.

“After the first couple of laps we had the timings from the coaches so we knew how far the leading girls were in front but first lap going out I hit a bump and lost my drink bottle and my electrolytes and my gels and I obviously knew in this temperature that was not the optimal thing to happen.

“A couple of times through the technical section I made sure I was at the front so I didn’t have to worry about crashing and the U-turn down the other end as well was tight.

“There was a lot about being patient and staying up right and we caught the front girls and just tried to conserve energy.”

As has been the case in almost every race here this week, the results came down to a war of attrition on the run if you survived the bike and Hedgeland, like her younger team mates had to dig deep – Hedgeland for 10km and the Juniors for 5km.

“We got onto the run and I tried to tell myself it wasn’t hot but of course it was the hottest I have ever raced in,” said Hedgeland, who had worked with Atkins in heat chambers on the Gold Coast before flying overseas.

“I got through the 10kms the best I could but it was a real struggle towards the end.

“I just came from Edmonton which was the coldest race I’d ever done to Cozumel which is the hottest.

“They were both new to me but obviously experiences for the better. Our training (stepped up) about a month go on the Gold Coast doing heat chamber sessions and I’ve been here for over a week and have been over the course,

“The top Under 23 girls are so fast and competitive and are on the WTS circuit so it was always going to be tough.

“I was just trying to get to that blue carpet as fast as I could even though it didn’t feel very fast.”

She was quick to praise coach Atkins and her parents in WA who she described as “the most selfless people in the world” and who formed part of her support team who she couldn’t do without.

Hedgeland will form the basis of the Australian Mixed Team Relay, with the USA, Great Britain and the Netherlands the teams to beat.