Some huge performances from Aussies around the globe this weekend - led by Gen Next athletes.

Eventually collecting the silverware after a dramatic finish that saw him go from a near certain bronze medal to fourth and eventually to silver after Richard Murray who finished second was disqualified. 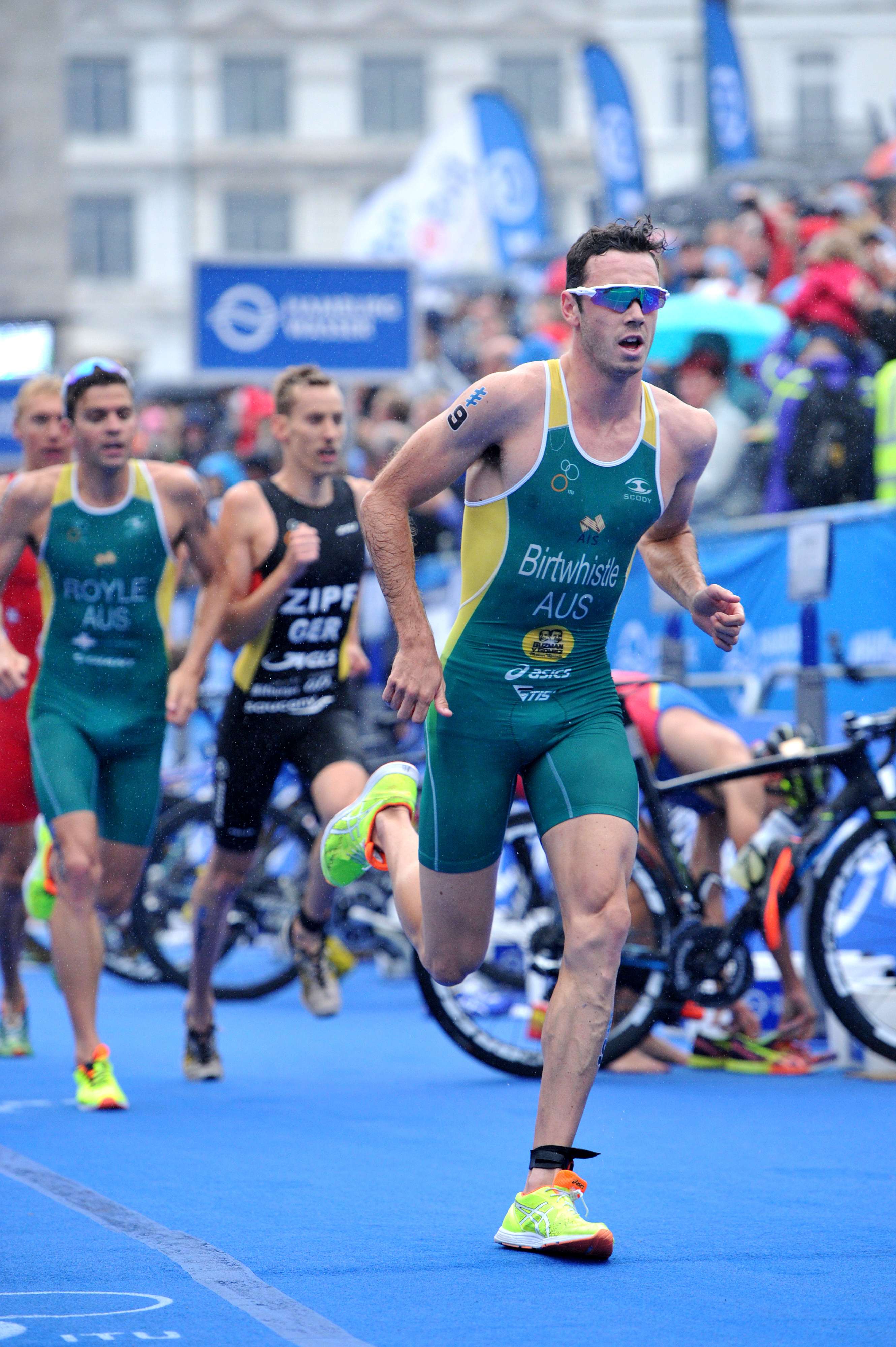 Our Rio bound men Aaron Royle, Ryan Bailie and Ryan Fisher featured at the front on the bike. Fisher’s brave solo breakaway didn’t pay off, crashing in the slippery conditions but no damage done. Bailie was the next best in fifth, Royle in 11th.

A never-say-die finish by Ryan Bailie sealed Australia a stirring silver medal with one of the greatest comebacks in the history of the ITU World Mixed Teams Relay Championship behind the USA in Hamburg. 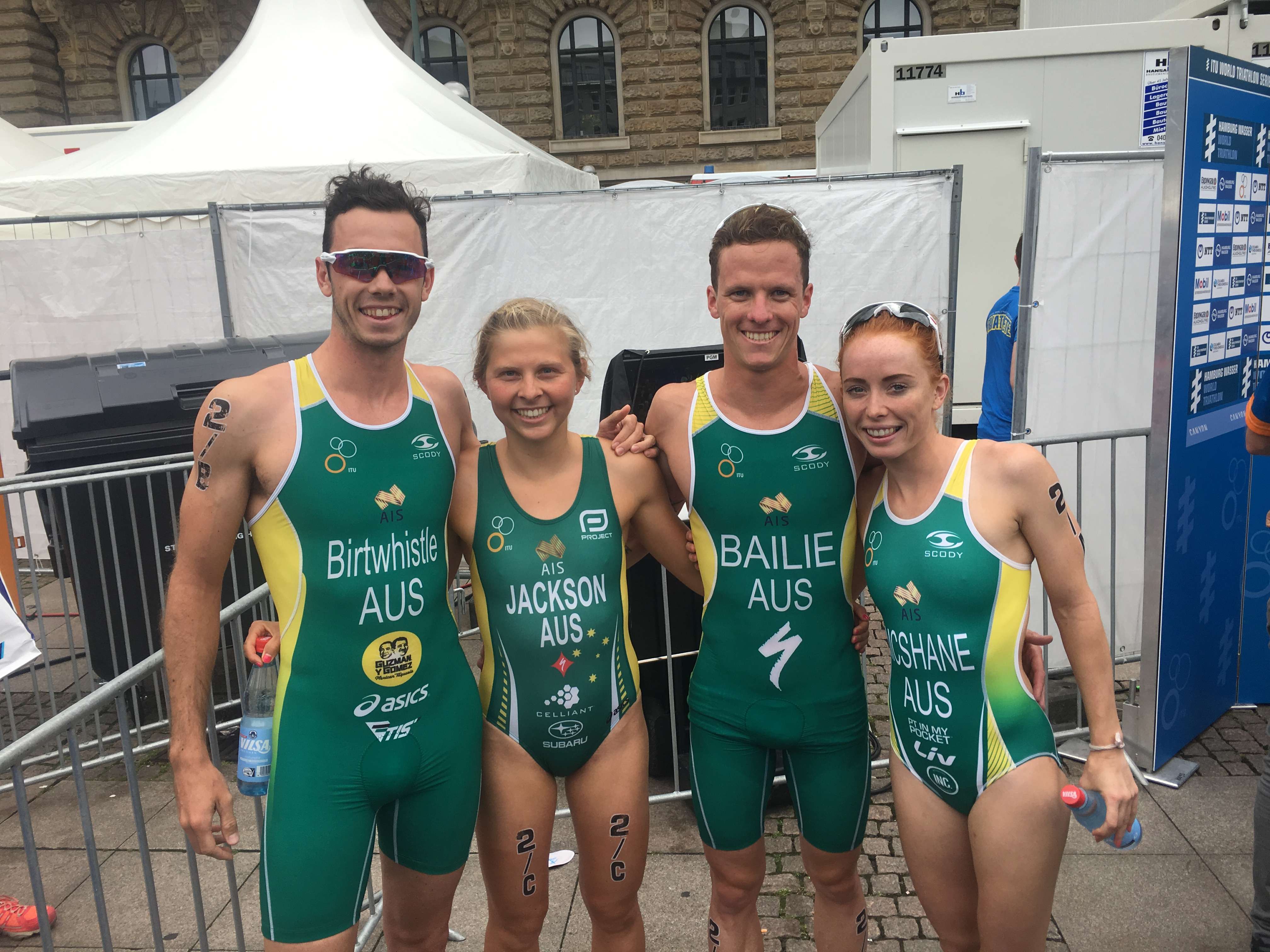 Bailie, the best anchorman in the business, produced the race of his life to keep Germany’s local hero Gregor Buchholz at bay in a neck-and-neck sprint to the finish for the minor medals.
The Australians were almost certainly out of contention over the (4x 300m swim; 6.6km bike; 1.6km run) course after former Under 23 world champion Charlotte McShane led off and struggled to get herself out of the swim-bike transition.

It would be remise of us not to mention the incredible Jan Frodeno’s performance at Challenge Roth, breaking the world record on debut - 7:35:39. Australia’s Carrie Lester had an incredible race to finish second behind Daniela Ryf and 16th overall in a huge PB.

It was a golden weekend for our National Talent Academy athletes in Singapore racing the ASTC Asian Cup Triathlon with Jaz Hedgeland (WAIS) and Matthew Baker (VIS) winning the elite titles.
In the men’s and women’s Elite and Junior races Australia scooped nine of the 12 medals on offer and filled nine of the top ten in the Elite Men’s in the Standard distance race.

Jaz Hedgeland dominated the women’s race, with Holly Grice (QLD) finishing with silver.
Baker’s 34:22 run split delivered him the win in the end from Ireland’s Russell White and Declan Wilson emerging from a pack of Aussies to grab the bronze.

Our junior women made it a clean sweep led by Jessica Claxton, who was unable race last weekend but made a big statement winning from fellow Western Australian Kira Hedgeland and Katinka Von Elsner Wellsteed (QLD) rounding out the podium. 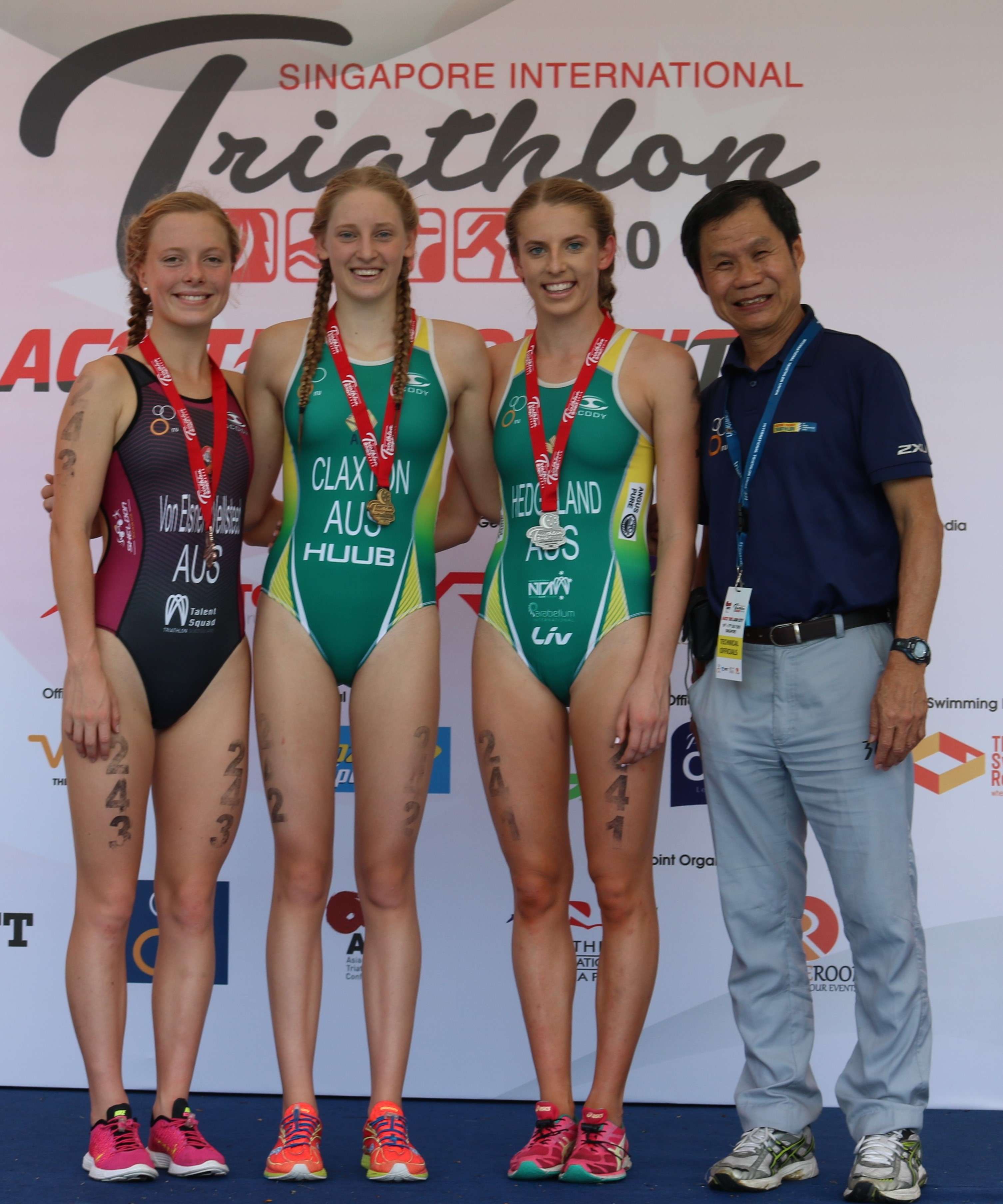 There was more celebrations for Matt Hauser claiming another win in the Junior men’s race with Kye Wylde (QLD) the bronze.

After a scorching race last weekend the Triathlon Australia staff did a great job managing the recovery and preparation for the 30 degree water temperature and 33.4 degree air that Singapore threw up. 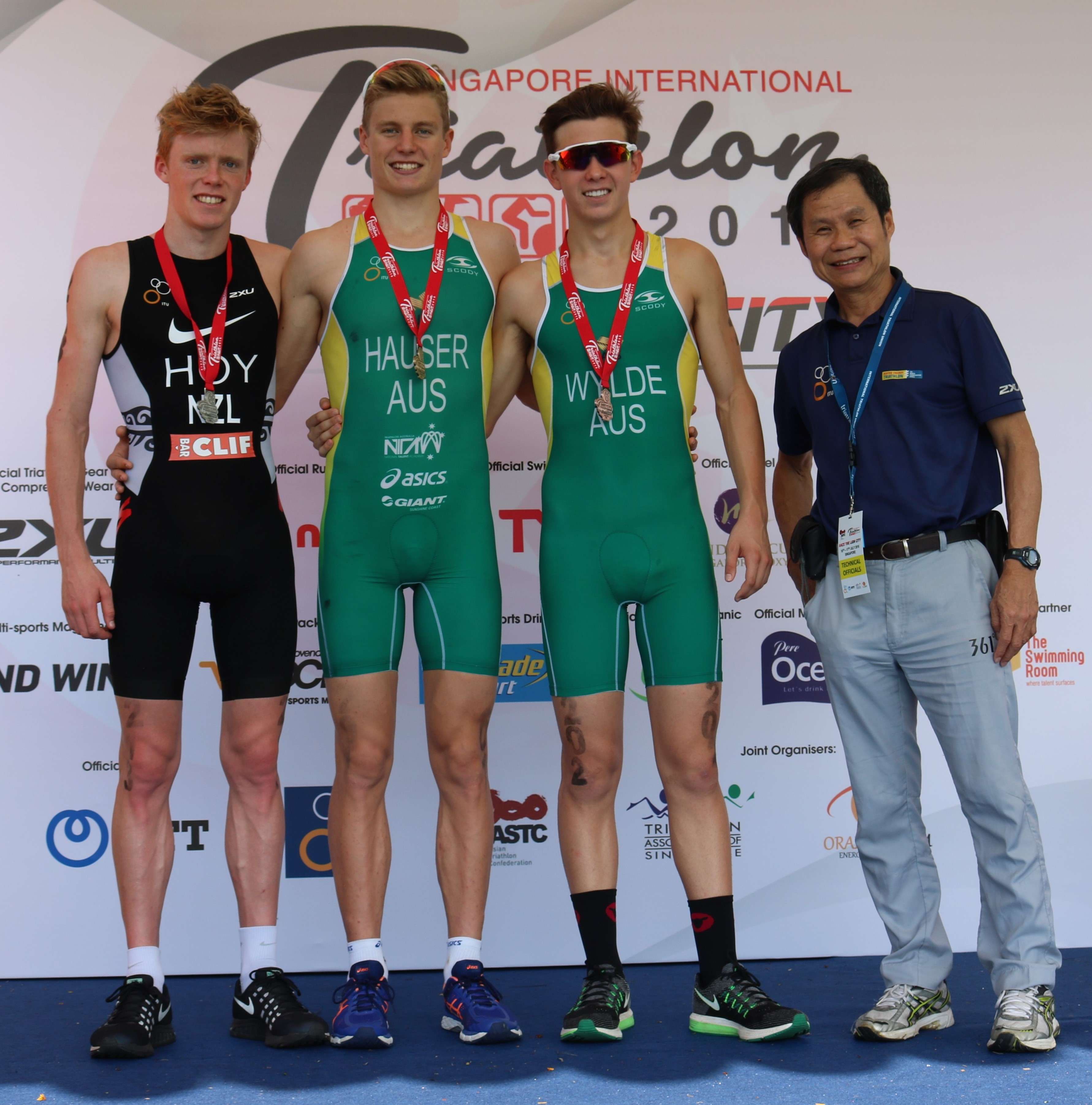 Paul Matthews was the best placed Aussie in fifth at Ironman 70.3 Racine - a race that was reduced to a duathlon due to dangerous weather conditions and the bike leg also shortened for competitor safety. Cameron Wurf just finished outside the top ten in 11th and Richie Cunningham 13th.

Queensland’s Sarah Crowley continued her good form after a podium at Ironman Cairns with a win at the Tough Man Tri in Utah.

"Had a blast playing in the dirt today. Gotta say though, that course was bloody brutal and I admit was not prepared for the suffering required to stay near the front -I take my hat off to winner Josiah Middaugh, he's a beast at this off-road thing,” said Griffin