Trailing race leader Jodie Swallow by 3mins 30sec after the swim, she had clawed back 2mins after the first 40km on the bike from the front group that contained some big names – Helle Frederiksen, Anja Beranek and Camilla Pedersen. She went to the front and built a lead coming into T2, from there no one came close, with a 1:18:47 run split and eventually winning with a 5min buffer from Swallow. 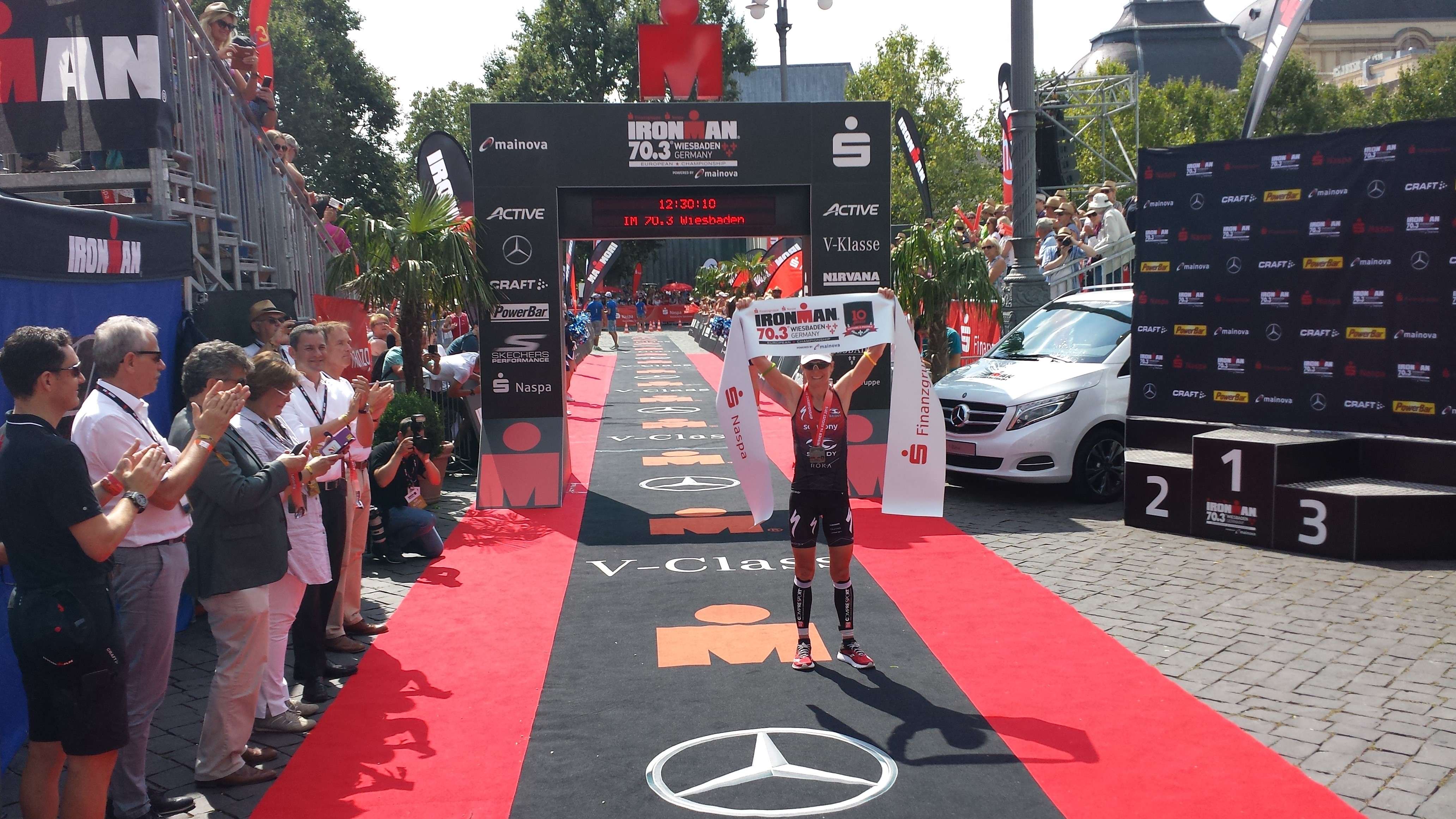 “We went to St. Moritz already two days after racing Frankfurt. I had a couple of easy days and then prepared for Wiesbaden. We spent a lot of time checking out the place in Switzerland, I love the mountains. I’m all good yet, and I hope I can win on Sunday.”

Iskandar Puteri lies in the southern state of Johor in Malaysia, approximately a 20-minute drive from Singapore and Johor Bahru City.

He trailed New Zealand’s Dylan McNiece by 35sec after the swim, but Kahlefeldt and Mike Phillips (NZL) caught him on the bike and the trio set about building a lead. At the final change it had turned into a massive 6 minutes 15 second from the Aussie chasers Mitch Robbins, Mitch Kibby and Alex Polizzi.

But Kahlefeldt thrives in the heat and was too good in the end.

Mitch Kibby was the next best Aussie with a blistering run in the heat to finish fourth and Mitch Robbins was fifth, Brad Bauer in sixth.

"After some sick days and good recovery I'm very happy to win the inaugural Challenge Iskandar Puteri today. Was a good feeling.

Well done to Mike and Dylan, on the podium and helping push the bike to build up a sizeable lead after the ride,” said Kahlefeldt.

It was back-to-back races in Asia for Kahlefeldt on his way back from Europe to Australia.

In the women’s race it was New Zealand’s Amelia Watkinson who got the better of Radka Vodickova on the back end of the run to win. Australian’s Renee Baker was fourth and Michelle Duffield fifth.

With only two professionals in the field and just six in total, the challenge for Australian Sarah Crowley was where she finished in relationship to the men.

It was an exciting finish with just 3 seconds separating McShane (1:01:41) from second place Jessica Learmonth (1:01:41). Tamsyn Moana-Veale grabbed fourth spot and Natalie Van Coevorden bounced back from a cold during the week to finish fifth. Dan Wilson continues his comeback finishing fourth.

Heavy rainfall in the preceeding days led to flooding and poor water quality in the bay which forced organizers to cancel the swim and turn the race into a Duathlon -  2-lap run making 4.8k would be the first leg, followed by a 20k bike and a final short run of 2.4k would decide the medals today. With dry roads and little wind this meant that we would be guaranteed an exciting race.

Levkovska and Yelistratova both chose to serve their penalties on the first lap, leaving Kjær alone to run. Behind them came a large pack of runners, including the two Russians, Valentina Zapatrina and the younger Ekaterina Matiukh, Amanda Bohlin SWE, Sara Pérez Sala ESP and Brittany Dutton AUS.

Justus Nieschlag GER, with gold last week, was hoping to do the double but he was up against a massive wall of gold and green Australian uniforms. Leading the team from down-under was Declan Wilson AUS wearing #1.

There were however some thrills especially when Stornes broke away from the front and raced through transition to the delight of the crowds and astonishment of the other athletes.
Coming into T2, no mistakes were made and it was Iden and Gundersen who led them out onto the run, with the Aussie uniforms of Wilson and Joel Tobin White very visible.  Tobin White had a disappointing race in Malmö but here in Tønsberg, things were looking good. As the run unfolded, things got to look even better and for only the second time he was able to edge ahead of team-mate and friend, Wilson.