Kate Bevilaqua led home an Australian clean sweep of the podium at Ironman 70.3 Bintan. The only time Bevilaqua trailed was a 10 second deficit out of the swim to Alise Selsmark, that was quickly vanquished in transition. Her class showed in the bike and run, eventually winning by six minutes to fellow Australian’s Amanda Wilson and Alise Selsmark. 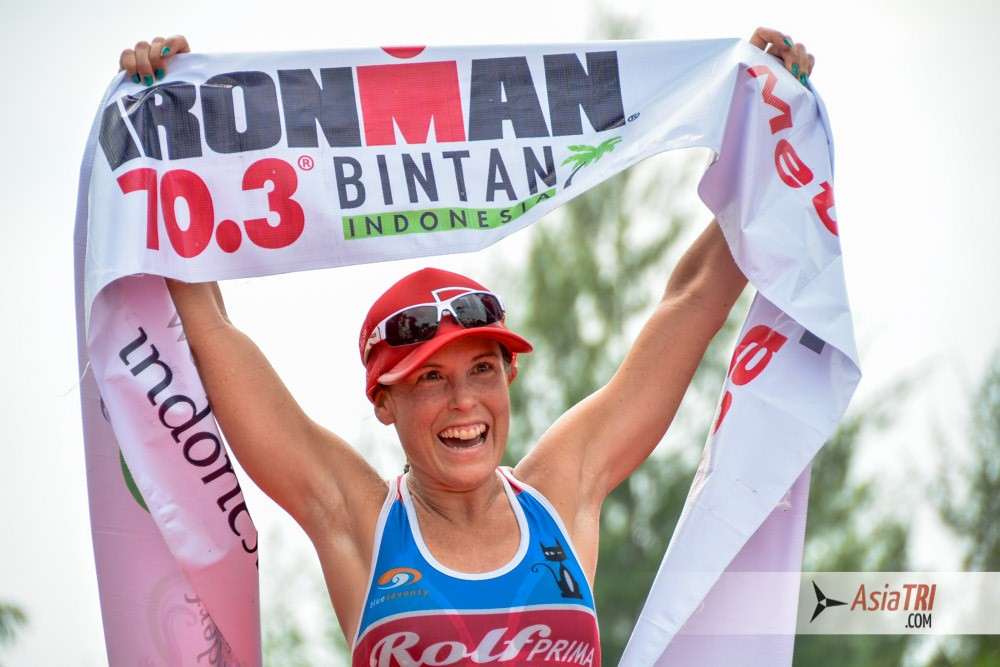 Clayton Fettell set up his race with a huge swim to exit with a minute lead from David Dellow and further minute to Michael Fox. Fettell then set about the second part of his two-punch race plan, extending his lead on the bike but in the final stages a recurring back injury flared up forcing his withdrawal.

“A back issue from early in the season is still flaring. Couldn't hold aero at Bintan today. Back to the doctors to get this thing sorted.”

However, the biggest power play on the bike came from Western Australia’s Matt Burton after a 3:49 deficit after the swim he led the field onto the run. Could he hold off the chasers that included fellow Aussies – Fox, Dellow, Alexander Polizzi and a challenge from Swede Fredrik Croneborg based in Phuket and acclimatised to the conditions.
Burton led till the 14km mark when Croneborg took charge and his experience in the heat and run speed finally delivering him the win after five years in minor placings.

It’s great to see triathlon already back on the calendar and what a place to host a winter triathlon!

Sam Betten and Katie Duffield dominated the 2016 edition of Airlie Beach Triathlon, a seventh win for Sam at one of his favourite events.

“Nice to pick up the win, pretty special to have had the opportunity to win this awesome event for the 7th time.”

It has been a while in between races for Duffield and she was just happy to be back doing what she loves.

“I was so happy to be out doing what I love again today. I couldn’t have picked a better race to return on. A great place that hosts one of the best community event I’ve experienced.”

With a number of Aussies still filtered in their European training bases there is always a few names that surface in the ITU races, this weekend was the Karlovy Vary ETU Triathlon Premium European Cup in

Natalie van Coevorden was in the mix with the leaders on the swim and bike but couldn’t match the run speed, Yuliya Yelistratova winning after her 38th placing at the Rio Olympics. Danielle De Francesco finished 16th.

Drew Box soldiered on for a seventh place finish in the Standard distance race behind winner Jonathan Brownlee still racing on his Rio Olympic form.