The fifth Olympic triathlon will get underway tonight at Ipanema Beach, Rio and the Australian debutants Aaron Royle, Ryan Bailie and Ryan Fisher have declared they are ready to race and shake it up.

Australia’s next generation of Olympic male triathletes Aaron Royle, Ryan Bailie and Ryan Fisher have arrived in Ipanema Beach - ready, willing and able to shake up Thursday’s Rio race – 16 years and four Olympics since the sport debuted in Sydney.

The women’s team of history making triple Olympians Emma Moffatt and Erin Densham and Games debutant Ashleigh Gentle will race on Saturday. Both races will start at 11am Rio time (Midnight AEST). 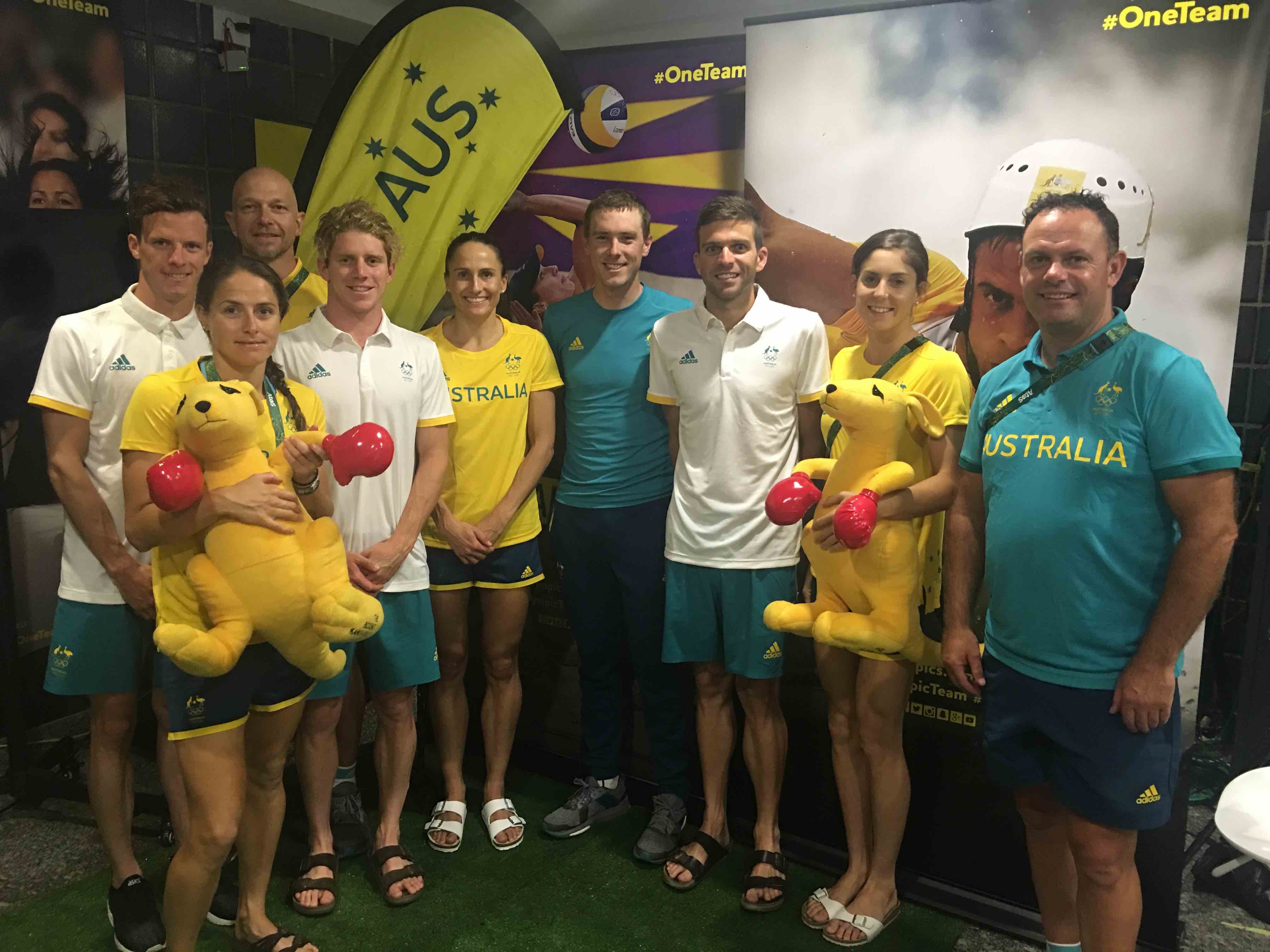 Image: Rohan Dennis presented the team with their uniforms.

The Australian team spent several days camped in the Olympic Village, getting a feel for their first Games experience – soaking up the atmosphere that brings together the world’s best athletes every four years.

But it’s been down to business in recent days as they sidestepped any distractions to join the “Copa crew” – Australia’s open water swimmers, rowers, yachtsmen, road cyclists, beach volleyballers, along with the canoe-kayakers, who have reveled in their “Olympic home-away-from-home.”

The boys have been presented with their Rio race suits by two-time Olympic cyclist and Tour de France rider Rohan Dennis – the final piece in their preparation for their Olympic debuts.

And despite a spectacular tumble in last year’s Rio Test Event, Bailie is confident one of the toughest ever Olympic courses will suit the boys in the green and gold.

“There is no reason why we can’t be up towards the top end of the field,” said Bailie, who landed on his feet and then got back in his bike to finish the course.

“It is definitely a course that suits us Australians and come race day we’ll be ready to give it our all.