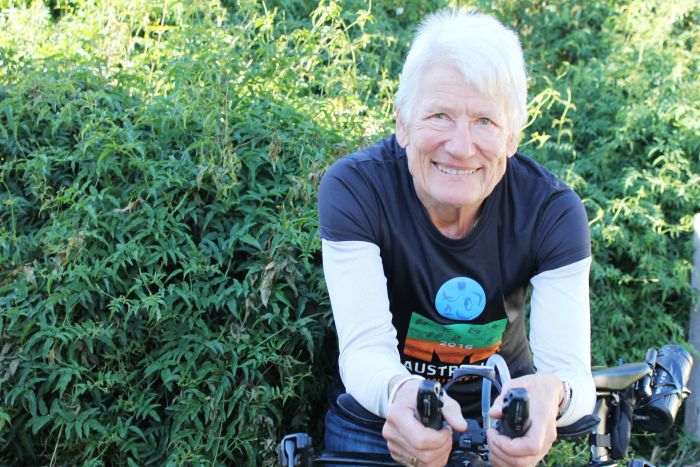 Karla McKinlay is not simply fit and healthy; she is an extremely determined 70-year-old — and Australia's oldest female ironman triathlete.

On the walls of her home in the central Gippsland town of Maffra is a whiteboard broken down into columns, outlining her goals, and the time frames to achieve them.

Alongside the words 'share my experiences' and 'sort my photos' is 'win age group in Kona'.

McKinlay will have that opportunity in October when she travels to Hawaii to compete in the Ironman World Championships.

She always wants to do more, and is always prepared to do the 'one percenters'. She's never baulked at anything I've thrown at her, no matter how far she always wants more. - Coach Craig Percival

"I have a fourth, two thirds, a second and last year was my bad year [in the world championship]; I came fifth," she said of her previous events.

"I have done reasonably well, but never hit that number one spot.

"But the main goal is not just winning; it's the journey, it's the enjoyment, it's the achievement and it's the friendship. Everyone encourages everyone else."

McKinlay qualified to compete in the world championships by winning Ironman Australia at Port Macquarie in her age category.

She was the only competitor in the 70-74 age group and finished the race in 15 hours and 10 minutes.

"I feel very privileged that I've been able to keep fit and healthy," she said. 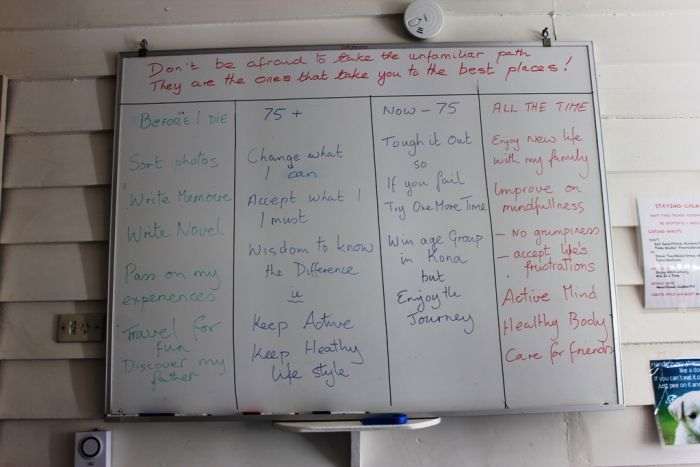 McKinlay completed her first half triathlon in November 2008, and went on to complete her first ironman in 2009.

Since then the sprightly septuagenarian has finished 17 races.

Coach Craig Percival said because McKinlay came to the sport later in life, and had only been competing for eight years, she could keep improving.

"For an endurance athlete, she's quite young in that regard and that's why we can still get that improvement out of her," he said.

"She's just astonishing and incredibly driven. I mean 70 years-old ... there's not a chance in the world I'll still be running when I'm 70.

"She always wants to do more, and is always prepared to do the 'one per centers'.

"She's never baulked at anything I've thrown at her [and] no matter how far, she always wants more."

Percival said he was sure her record as the oldest female Australian triathlete would stand for some time.

"I personally get inspiration from her; her enthusiasm is her strength," he said. 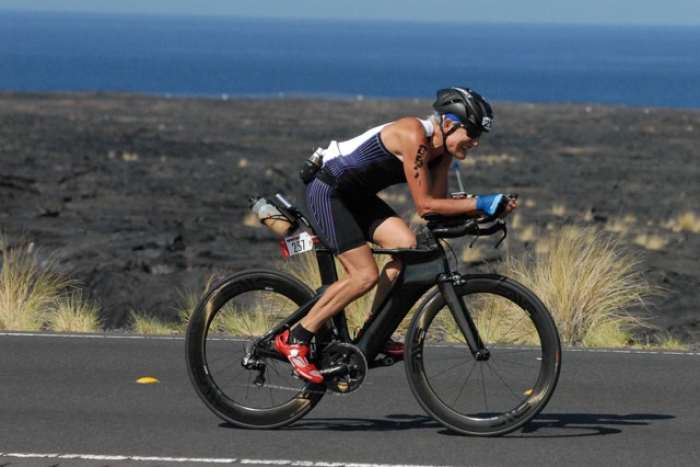 From Prague to Maffra

A former general practitioner and anaesthetist, McKinlay is circumspect when it comes to considering whether it is healthy for her, at 70, to compete in triathlons.

"I think the ability to stay fit and healthy is very important, but you must recover, you mustn't overtrain," she said.

"You can get stresses on the heart so you have to be sensible about these things, especially as you get older."

Sometimes I notice [my age]; the joints creak a bit and after I've been sitting a long time, everything squeaks but when I get out and exercise, I actually feel better. - Ironman Kara McKinlay

McKinlay has lived in many places in her 70 years. Born in Prague and raised in the United Kingdom, McKinlay spent time working and travelling in Africa and before moving to Australia, chasing more sunshine.

She grew to love regional Australia while working in southern New South Wales at Barham, and at Shepparton in northern Victoria.

Her recent move to Gippsland, to be closer to her daughter and grandson, has been most rewarding.

Working with her coach to improve her running, and finding likeminded people to train with as part of the Sale District Runners Club has also been important.

"I always try and chase, especially on the bike. I'm not a very good runner and I was struggling on the run," she admitted.

"My forte is my bike, so I always try and catch the person in front.

"The faster you go the faster you get back [and] the motivation is just the feeling you've achieved something that not everyone can do."

And as for her age, according to McKinlay it is "only a number".

"Sometimes I notice it; the joints creak a bit, and after I've been sitting a long time, everything squeaks but when I get out and exercise, I actually feel better." 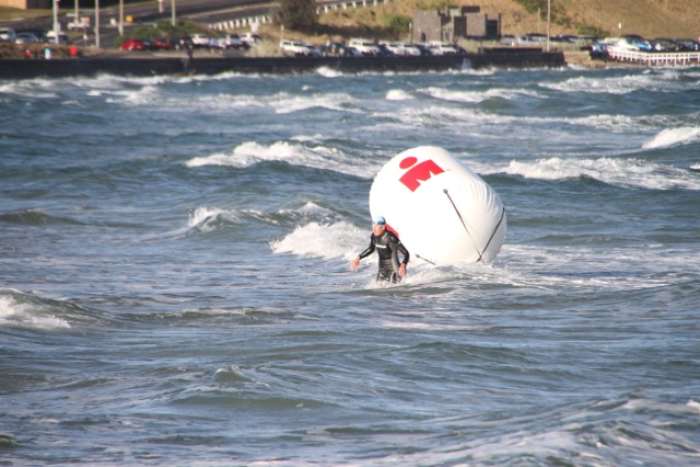