BACKHOUSE BACK ON THE BIKE FOR DEVONPORT AFTER CRITERIUM CRASH

BACKHOUSE BACK ON THE BIKE FOR DEVONPORT AFTER CRITERIUM CRASH

18 FEBRUARY 2016 - Olympic hopeful Gillian Backhouse wasn’t a pretty sight when she crashed onto the track at Brisbane’s Lakeside Velodrome in a massive pile up during a Criterium bike race last Sunday at the Pine Rivers venue. 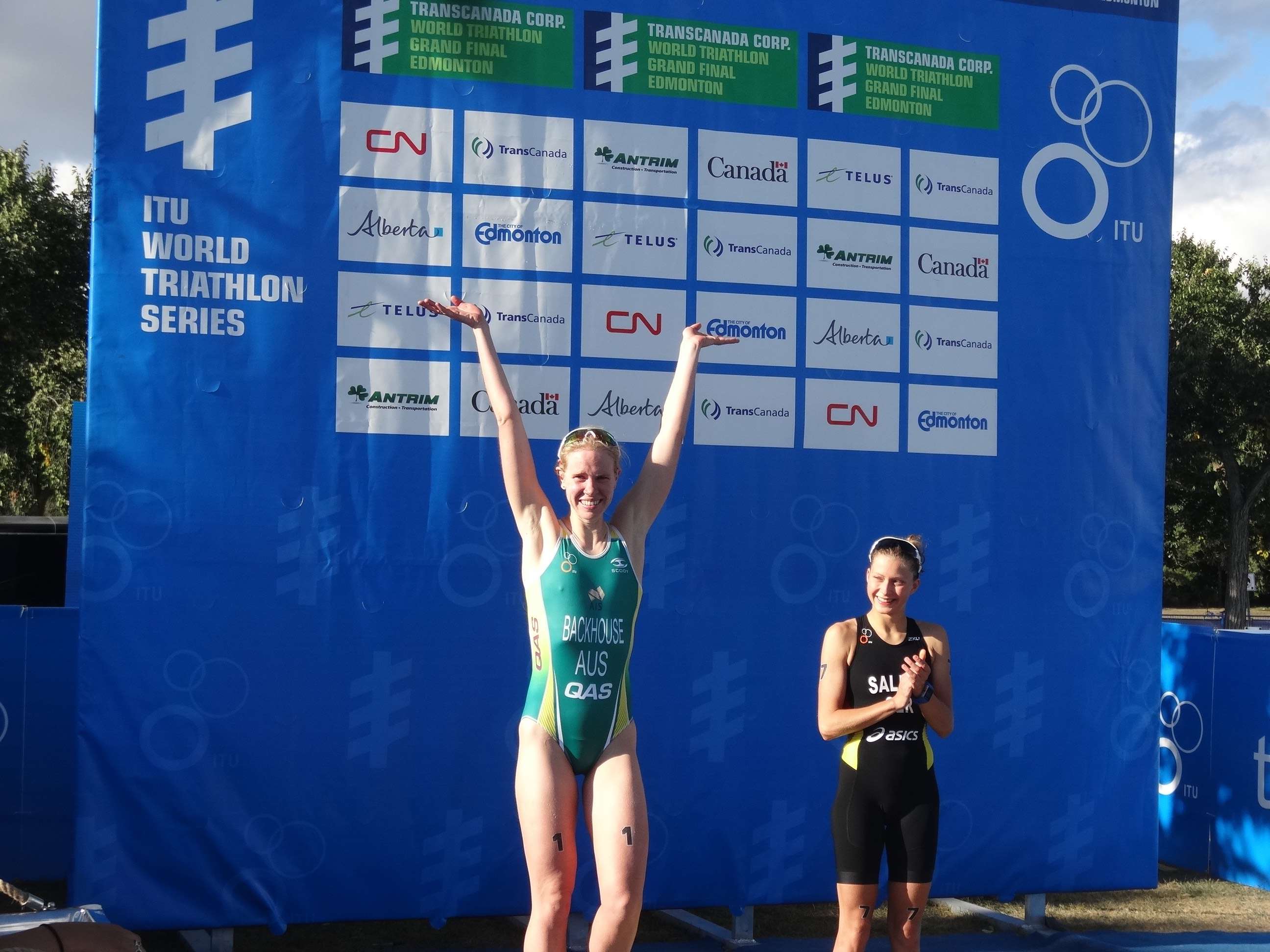 Apart from some cuts and bruises, some major repairs to her bike and a shredded jersey, the 23-year-old was able to dust herself off and prepare to get back on her bike for Sunday’s OTU Oceania Cup Triathlon in Devonport.

“Gill was pretty luck actually, some of the boys she was racing ended up in hospital with broken bones but all she really had was a busted bike which we’ve been able to fix,” said her QAS coach Stephen Moss.

“It could have been a whole lot worse that’s for sure and it could have come before a race like Abu Dhabi but she has been able to keep training for Devonport and in fact she will be going into this race pretty tired.

“It’s going to be a long year with the opening ITU race in Abu Dhabi and the Mooloolaba World Cup before the ITU Gold Coast Olympic selection race.”

Backhouse, a strong swim-biker, will relish the North Street hill on the bike course in Devonport against the likes of two-time Chilean Olympian Barbara Riveros.

They will be joined by a host of youngsters including Sydney’s Emmas Jeffcoat, Maddie Dillon from New Zealand and fellow Queenslander Holly Grice, as well as remarkable Deaflympian Melinda Vernon, the 5000 and 10,000m Deaflympics record holder.

Moss has been impressed with Backhouse’s belief after she finished 13th in last year’s Rio Test Event – the best of the Australian girls in a field that included Emma Moffatt, Ashleigh Gentle, Emma Jackson and Erin Densham.

“Gill has a new found belief, she knows she belongs,” said Moss.

“She likes the course and will be prepared to do the work and not just on the climbs – she’s determined, she’ll work hard and she’ll get the job done.”

Riveros has represented Chile in 2008 and 2012 Olympics and is one of the most experienced triathletes on the circuit with a finishing kick, second to none, who is preparing for her third Olympics in Rio.

She brings a wealth of racing over eight years and a host of ITU wins, podiums and top 10 finishes.

The men’s race will feature a field of Australia’s next generation led by World Championship team member Cameron Good and ITU Under 23 bronze medallist from London in 2013 Declan Wilson and the experienced Drew Box.

Wilson staged a neck-and-neck battle with local hero Jake Birtwhistle in Devonport in 2015 before finishing a spirited second to the man who went on to win the 2015 ITU Under 23 World Championship in Chicago.

Throw in Matt Baker, Daniel Coleman, Marcel Walkington, the return from injury of Kenji Nener, Luke Willian, Joel Tobin-White, Christian Wilson and Matt Roberts and it represents a feast of talent, some stepping up to the Elite and Under 23 level for the first time. 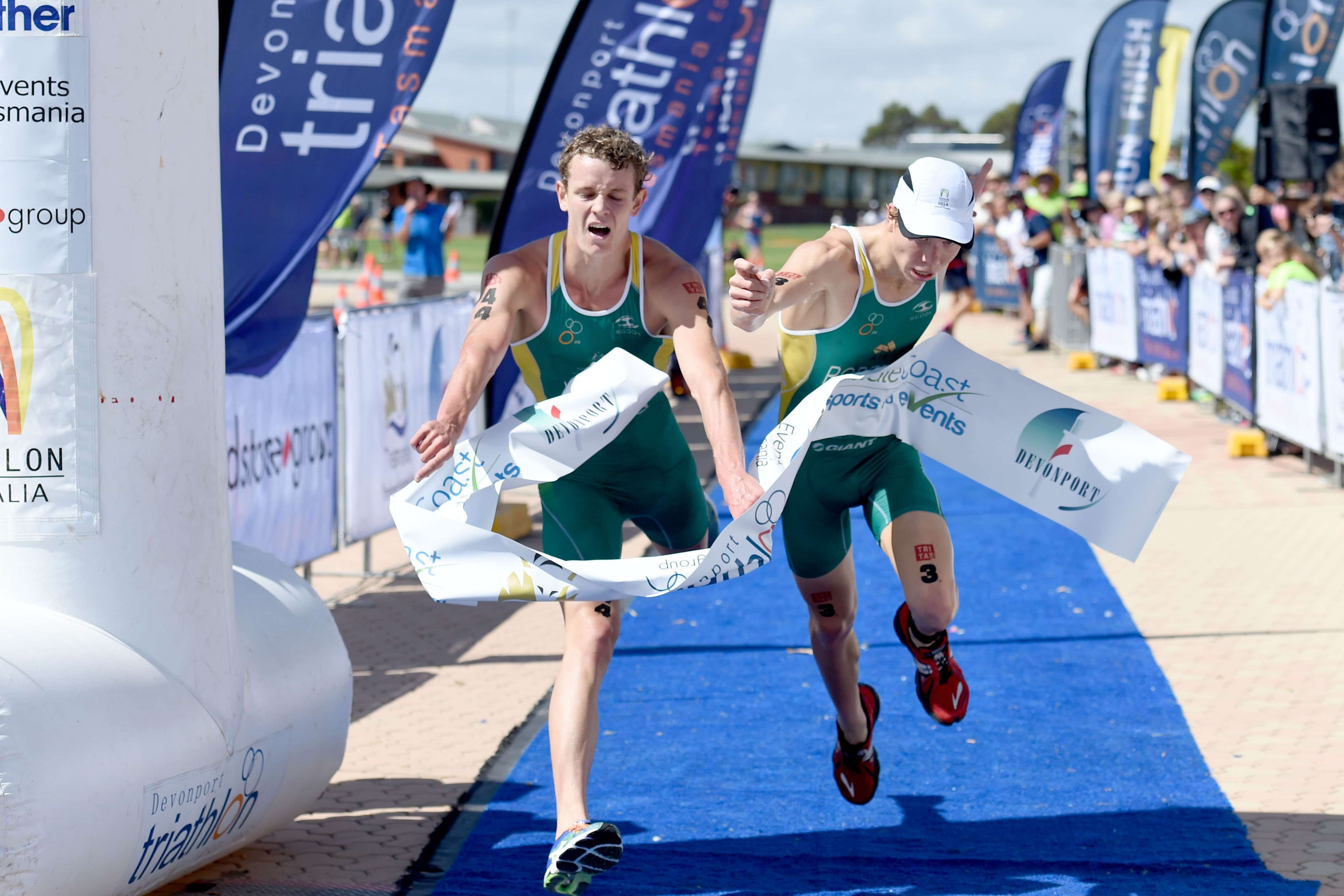 The Devonport race certainly brings back memories for Willian and Roberts who charged at the line for a memorable dead-heat in last year’s Junior race.

With the abundance of future talent on show there could well be another helter skelter race to the finish on Sunday.