The 21-year-old who admitted he had a last start shocker in Noosa last year has come from behind to score an impressive victory in the 2016 Mooloolaba Triathlon Standard Distance (1.5km swim; 40km bike; 10km run) over fellow Queenslander Sam Betten and American Tommy Zaferes. 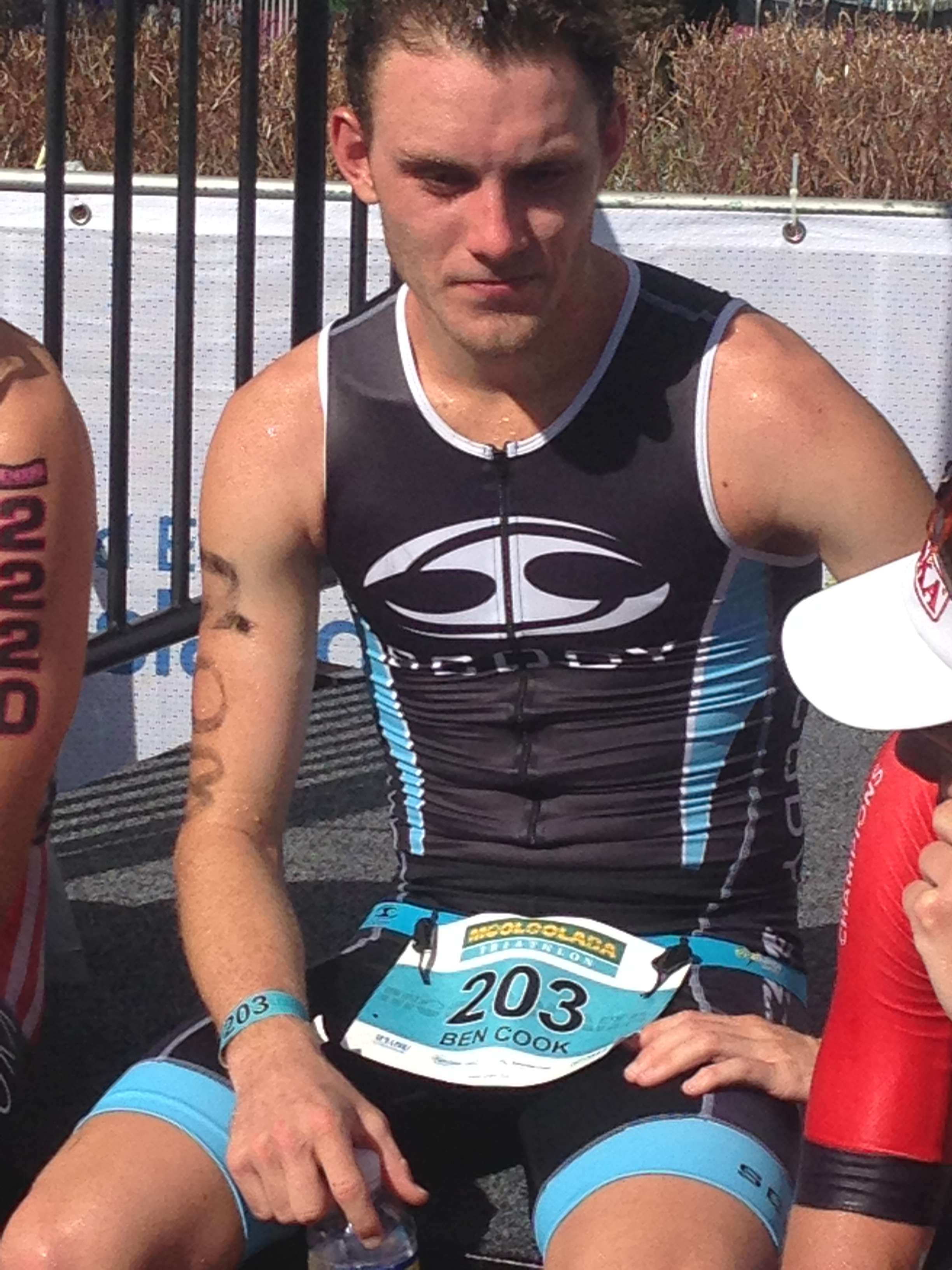 And he put it down to a good break, some soul searching, the appointment of new coach, AIS-based former Australian Head Coach Shaun Stephens and his training partner, Olympic hopeful and good friend Ryan Fisher.

“The Noosa race last year was a big goal for me l but I had a shocker, a really bad race and it was the only race I really wanted to do well in,” said Cook.

“After that I had a bit of a break and settled down and worked out what I wanted to do.

“At the start of the year I began under new coach Shaun Stephens (by correspondence) and tried some different things and it appears to be working so far and I’m now looking forward to the year ahead.

“I’m training with my good mate Ryan Fisher and I’m trying to help him in his bid to make the Olympic team and Shaun said we could work together and I’ll try and help Ryan qualify so it’s been good for both of us.”

Betten dominated the swim-bike, opening up a 1 minute 50 second lead going into the run and there were times when Cook admitted he would be happy to settle for second – and then his father Rod gave his boy some encouraging splits. 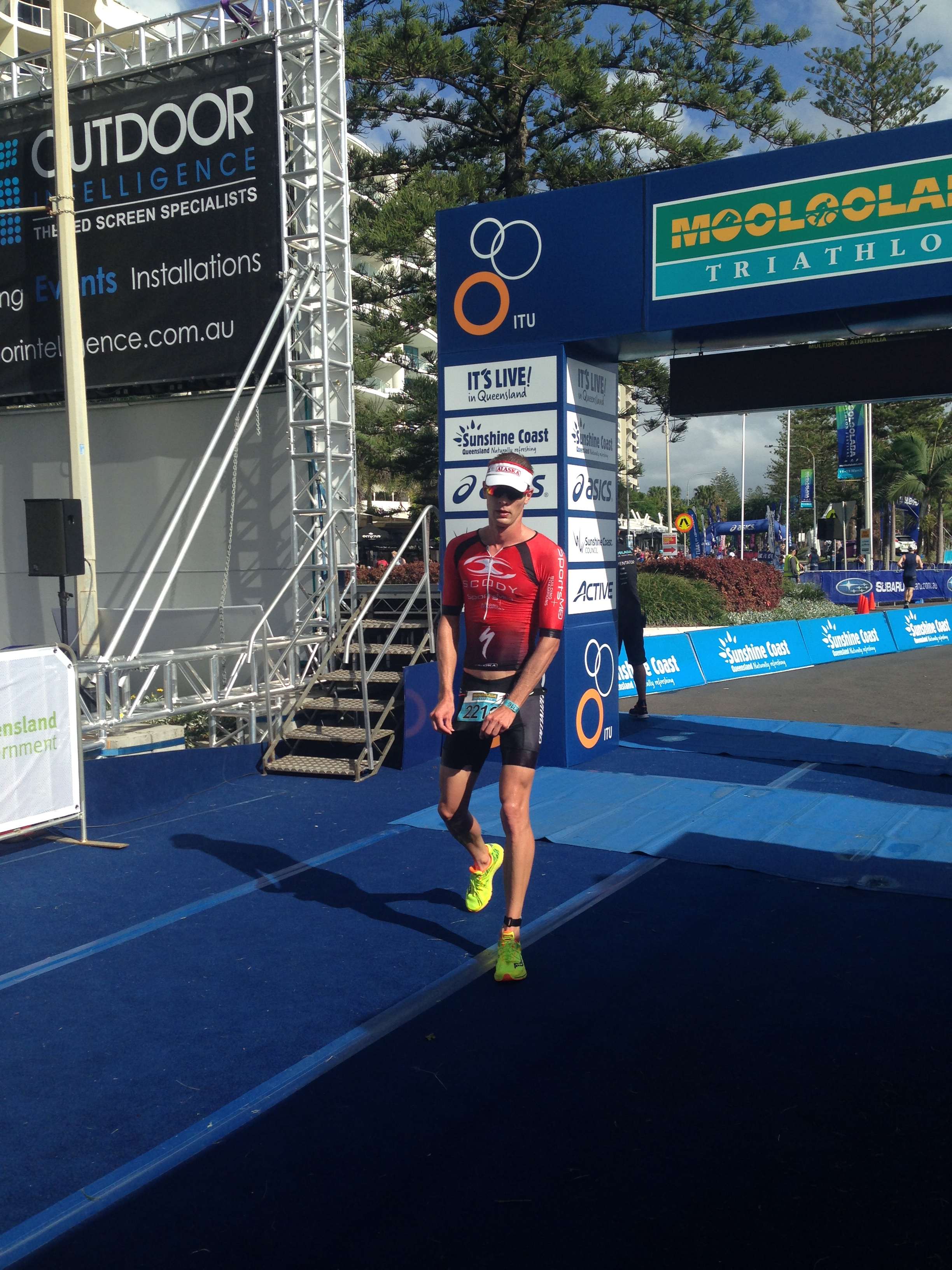 “It was tough day; Sam just dominated the swim-bike and got a massive gap and at the turn around on the bike I saw how far he was in front,” said Cook.

“I thought I’m in for a tough run here and it was exactly that.

“At one point there I thought second would be good enough and out on the run I got a split of 1:50 out of transition and then at the top of the hill my dad said 1:15 so I knew I had taken a massive gap out of Sam straight away.

“Then rolling down the hill to the first turn I pretty much caught Sam there and from then on I knew I just had to keep chipping away, and I would have him.”

Betten admitted he had a frustrating week leading into the race after struggling in the heat of the Philippines in the 70.3 Subic Bay race last week.

“I hadn’t really planned to do this event but I just wanted to go out there and give it everything, just to see what I had and to prove that last weekend wasn’t really a reflection of how I was really going in training,” said Betten.

“I wanted to get out there and have a really strong swim, get out on the bike, ride as hard as I could, get off the bike, with a good minute and a half lead and run with everything I had left and that’s what I did – I knew Ben would have fresher legs than me.

“But it just a lot of fun, a little bit different to last week in the heat of the Philippines where I couldn’t reach that fifth fear, you are kind of stuck in second gear because of the heat, it’s brutal so I hadn’t really done too much training in between last weekend and this weekend.”

In the women’s open race, it was Mooloolaba-based Swiss athlete Caroline Steffen (2:03.15) who showed her world class credentials for a convincing win over Sunshine Coaster Kirralee Seidel (2:08.50) and Brisbane’s Briarna Mackie (2:11.09). 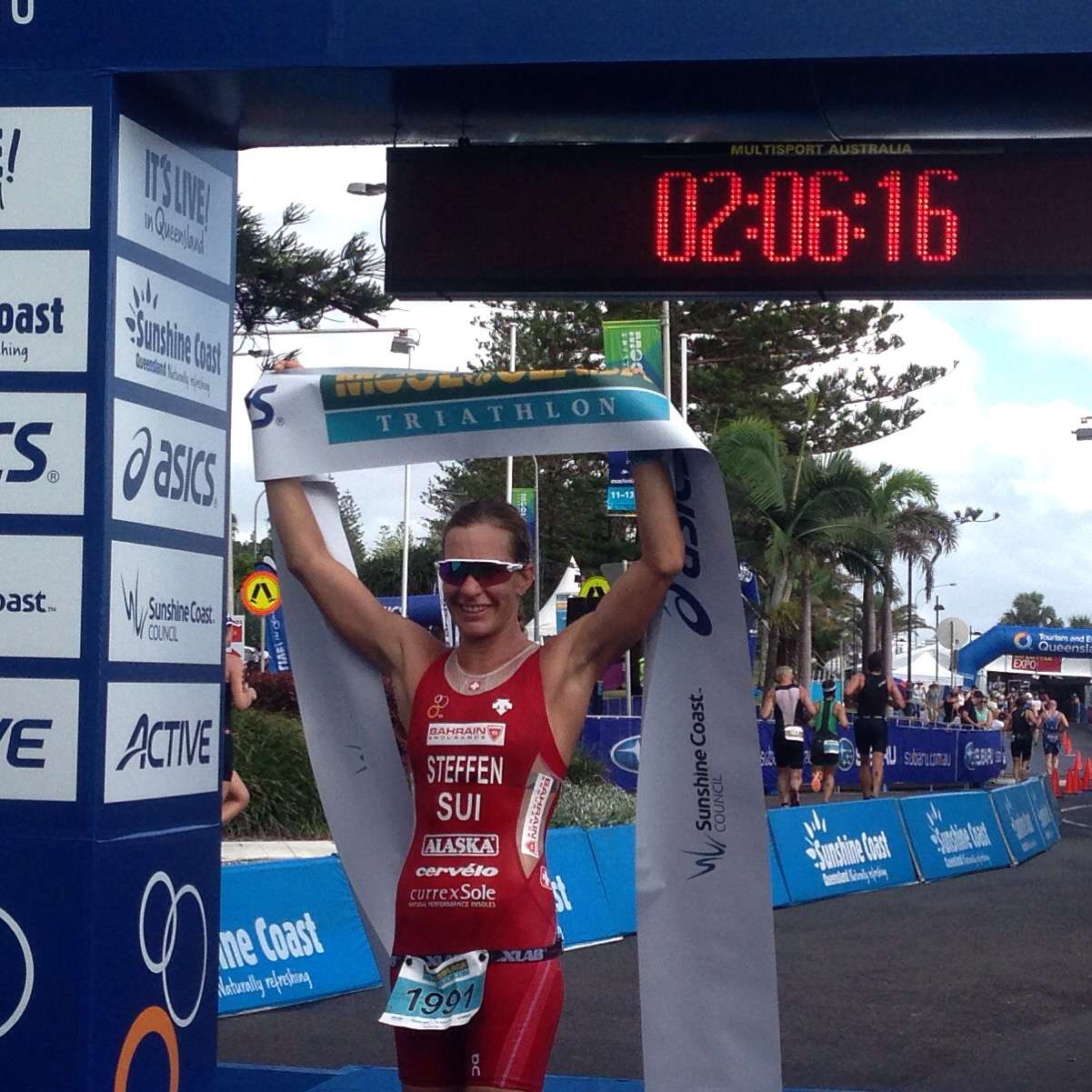 Steffen, the two-time ITU Long Course World Champion, who has twice finished second in the Hawaiian Ironman Triathlon said she was totally over the moon and really happy with her race, saying it’s always great to win a race in Mooloolaba, her home town, “in front of all my friends and I had an amazing day. I was really happy with my swim, bike and run.”

“It’s been a really big week (after winning in Subic Bay, Philippines last weekend). Lots of travel Monday and Tuesday, I got sick and was a bit of a struggle half way through the week.

“I think my body just needed a couple days to recover. I felt really strong yesterday in my last sessions and I was looking forward to racing hard today.

“Since January I’ve had a new coach in Auckland-based Daniel Plewsand we’ve focused a bit more on the intensity and we’ve backed off the hours a little bit. It’s really hard to adjust but it’s working really well.”

“To have the IRONMAN 70.3 World Championship here in September in my backyard will be amazing. I am really looking forward to it and it’s all about that race.”

Meanwhile Australia’s five-time ITU Paratriathlon World champion Bill Chaffey showed he was well and truly on track for the final stages of qualification for this year’s Rio Paralympics after increasing his swim training volume. 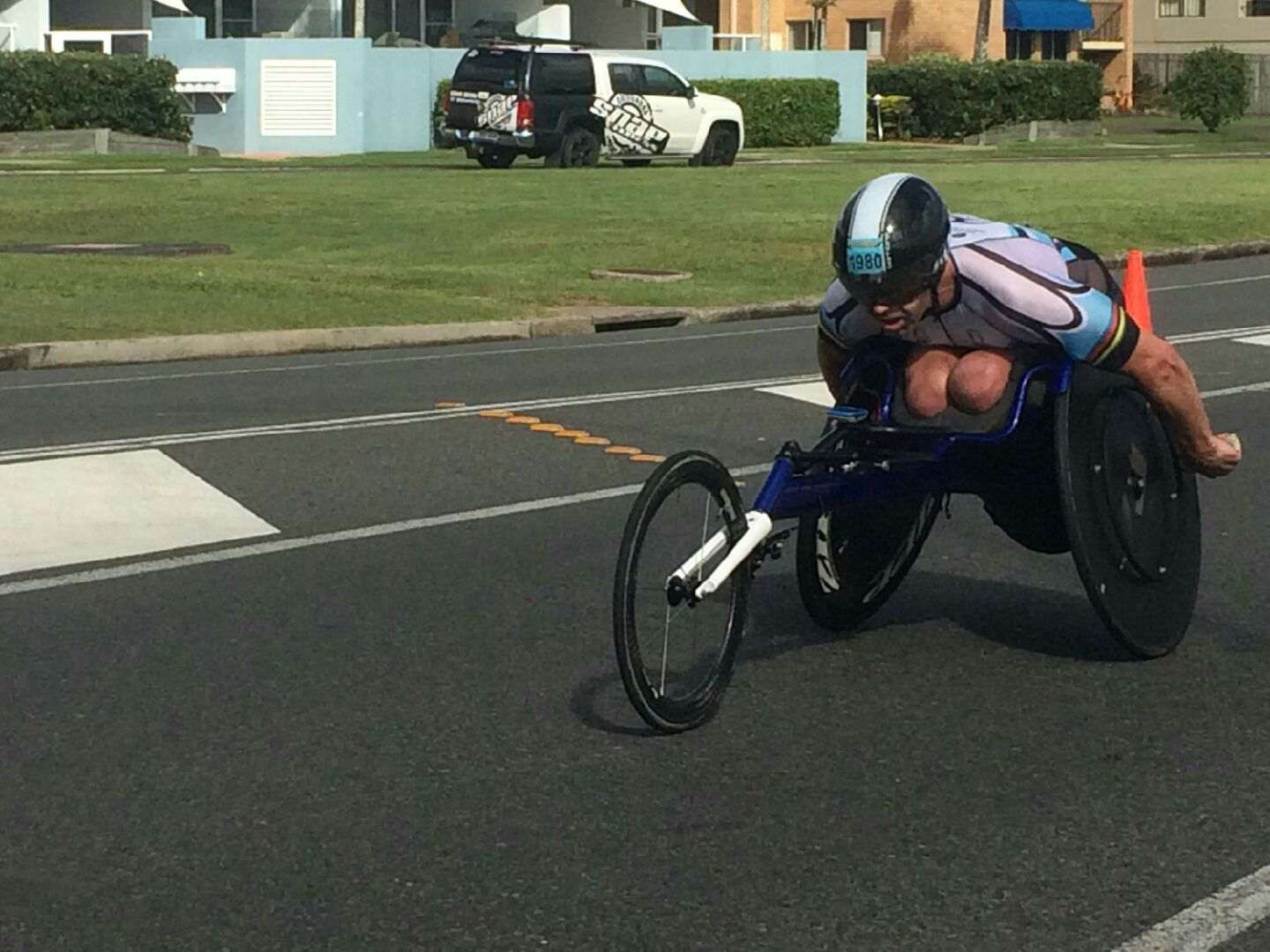 “I’ve increased my swimming hours by quite a bit and focusing on fixing my technique and it is really been paying off and I can see the times coming down, so it’s working.”