Meanwhile Queensland based Liz Blatchford was in a class of her own to successfully defend her title with a wire-to-wire win and finish inside the top 10 professionals overall.

Brown, a winner of 11 IRONMAN races in a stellar career, was delighted.

“Becoming the oldest ever winner was motivation for me out there but I’m sure Craig Alexander or Chris McCormack will try and knock me off now. Forty is the new 30,” Brown said.

The men’s race came down to a test of age and wisdom over youth, with Brown using his experience in the trying wet conditions to outlast Australians Tim van Berkel and Peter Robertson.

“Tim is a great runner so I just had to keep pushing. The crowd support is always fantastic here, it’s what gets you to the finish line,” Brown said. 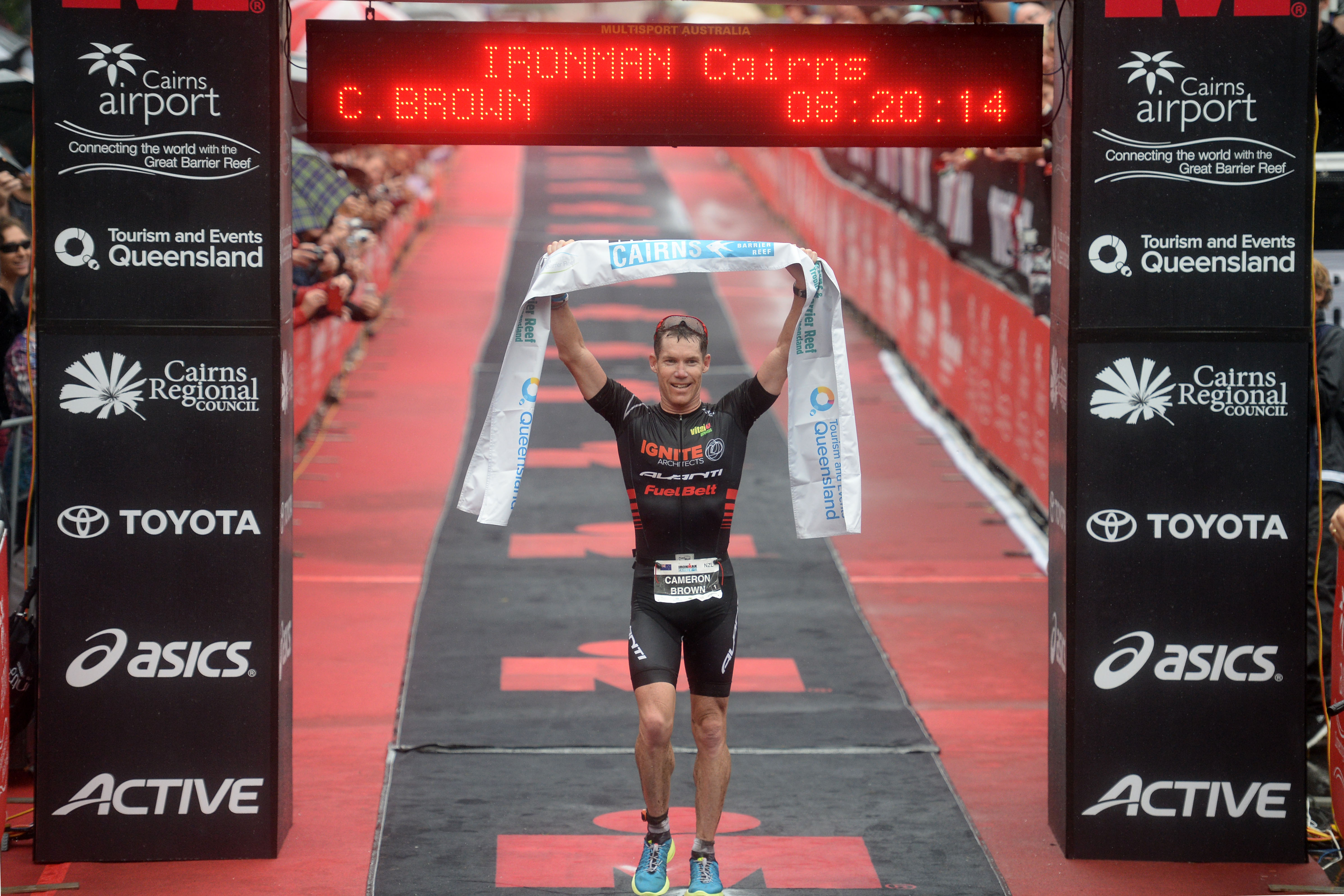 While Van Berkel was disappointed not to win, there was no shame in coming second to Brown.

“I really wanted got win, so am disappointed, the bloody old bastard got me again,” Van Berkel said. “Second two years in a row here is tough, but all credit to Brownie, he has 11 years on me.”

The race began in the rain that didn’t let up all day. After negotiating tricky conditions in the swim it was three time ITU World Champion Robertson who exited the water with Casey Munro after the pair had built a lead of over two minutes.

The two Australians held their advantage on the bike until Munro suffered a puncture just before the 54 km mark. By that stage the fast moving Brown and young Australian Matt Burton had bridged up to van Berkel’s group, and were only 2:33 behind Robertson.

Robertson, Brown and Van Berkel quickly opened up a gap on the run with Robertson dropping back after 12 km. By the halfway mark it was the more experienced Brown who started to pull away, going on to win in 8:20.15, just over three minutes clear of a gallant Van Berkel. 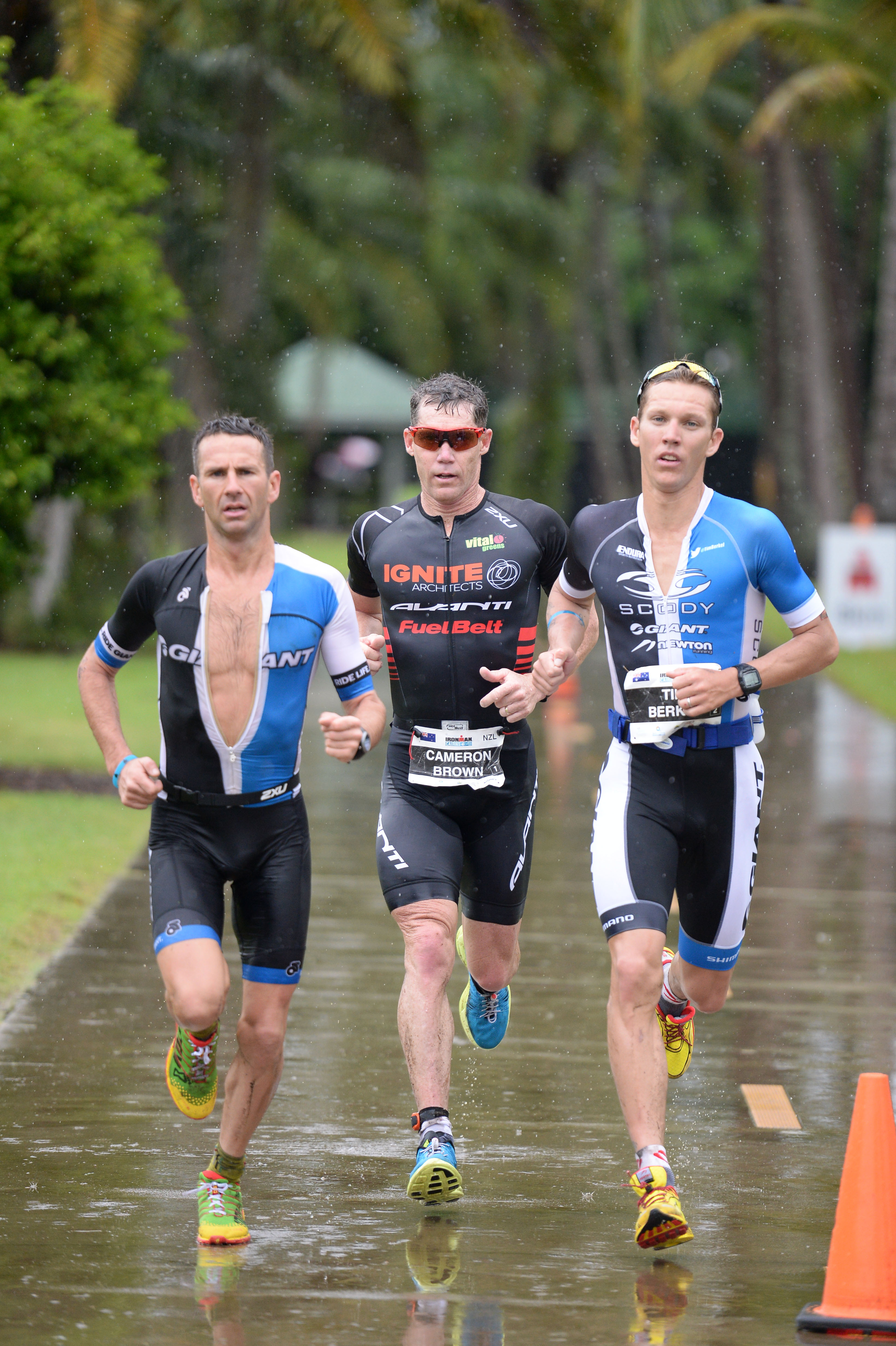 Robertson, who had drifted back to fourth, managed a final burst to edge out Burton for the final spot on the podium.

The women’s race was always going to be a Blatchford’s to lose. The defending champion started her day by throwing down the gauntlet to her competition, recording the fifth fastest swim among all professionals, male and female.

Out onto the bike she extended her lead to more than six minutes before a four minute drafting penalty brought second placed Kiwi Melanie Burke into contention. 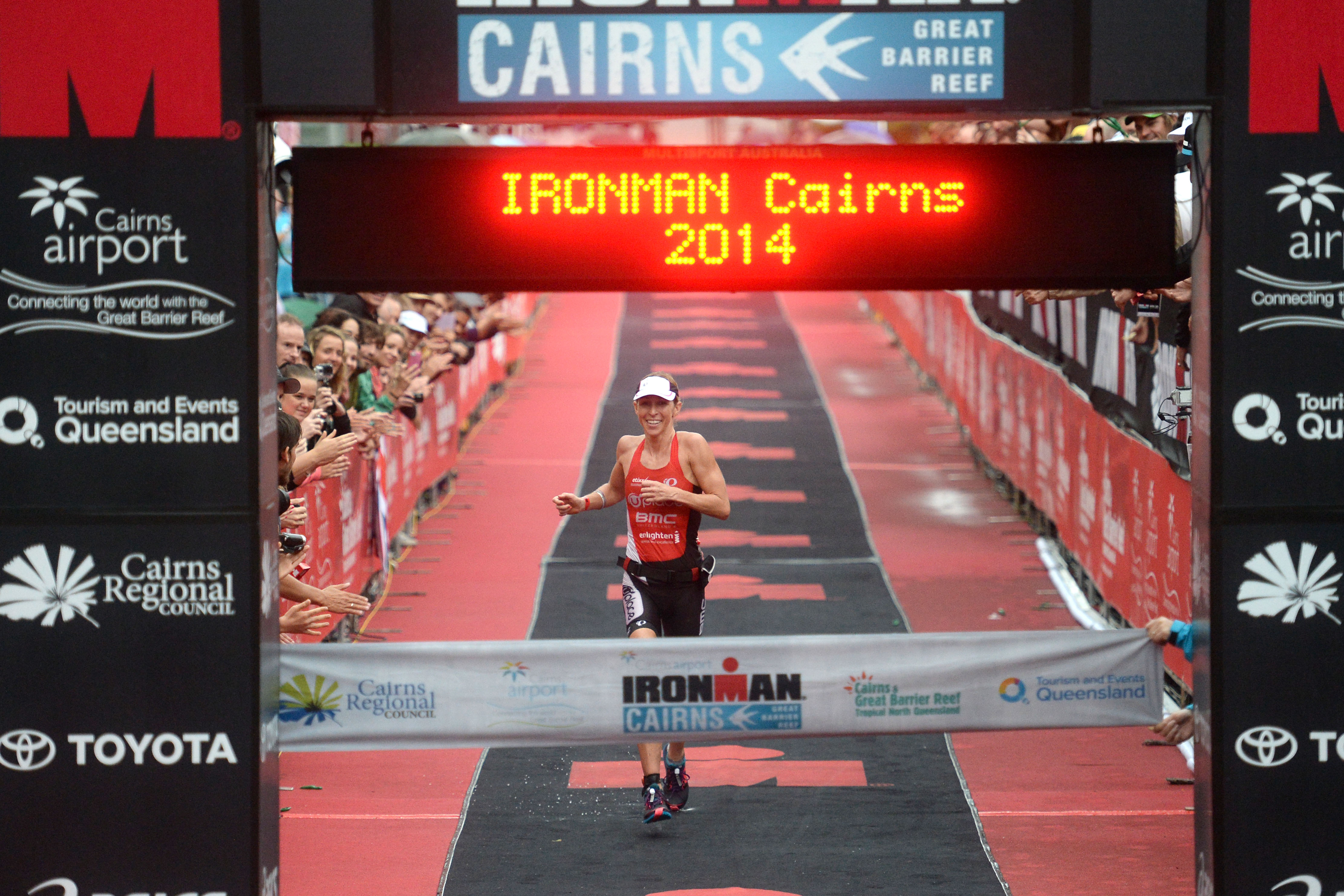 However last year’s IRONMAN world championship medallist gradually rebuilt her buffer to win in 9:16.58. Burke, who was third at IRONMAN Australia last month, went one better to finish second six minutes back with Sweden’s Asa Lundstrom third a further three minutes behind.

“It was a solo day for me today until about the 150 km mark of the bike when I ended up in a big pack of age group men, got a penalty and served it in T2,” Blatchford said.

“I love Cairns, it’s a special place and now it’s even more special.”

"I was cold out there today. I've worked out that I run a marathon best when I get out there and run it on my own. I am so happy to have returned and won again."

Blatchford, the official 2014 Pro Ambassador for Cairns Airport IRONMAN Cairns, announced this week that she will now race for Australia.