Two champions in their chosen sport will step out of their comfort zone at the Noosa Triathlon.

“Bathurst is our biggest prize; it takes so much to win that race. So to score my second Bathurst 1000 win was the ultimate. Possibly a better feeling than my first. It's a massive team effort, and very special to share with your team. We all executed a mistake free race and that's easier said than done. Incredibly rewarding finish in a pressure cooker situation,” Davison said.

For Hancock the emotions following her win were similar.

“The wave of emotion and happiness of winning such an iconic race is amazingly uplifting and something I will forever savour and never forget. I knew heading into the race that I couldn't have been better prepared, and I am so grateful that all that hard work paid off,” Hancock said

This week both will find themselves testing their limits at the Noosa Triathlon, Davidson will compete in the full Olympic Distance triathlon on Sunday, while Hancock will take part in the Arena Noosa 1000 Ocean Swim on Friday, and compete in a team on Sunday. It will be Davison’s seventh year competing in Noosa and he credits triathlon with aiding his V8 Supercar career.

“Triathlon just helps me have something else to focus on. It's hard to compare our worlds, but it certainly helps my general fitness levels, and at times I would say strengthens my mental capacity,” he said. “I enjoy putting myself into tough situations; you learn to push yourself further than you think you can go. It's rewarding, and for me beneficial to put myself in that place during a triathlon. Because often in my racing situations, you need to be mentally strong and able to push through some brutal conditions and circumstances.”

It will be Hancock’s fourth visit to Noosa, and it’s a trip she looks forward to making every year.

“It just keeps getting better and better each time I return. It's always so great to see the familiar faces around each year and then the chance to be able to create new friendships. You are in one of the most beautiful places in Australia, the vibe has a very festival feel, the streets are buzzing with happy and friendly faces, and that's all before you even get to the fantastic racing,” she said.

“Such a tough question as there are so many highlights over a spectacular weekend but the Coates Hire Superkids Tri on Saturday morning is it for me! It's the perfect way to start the weekend; you can really thrive off the energy the kids create and to see their huge grins as they cross the finish line is pretty unique,” she said. 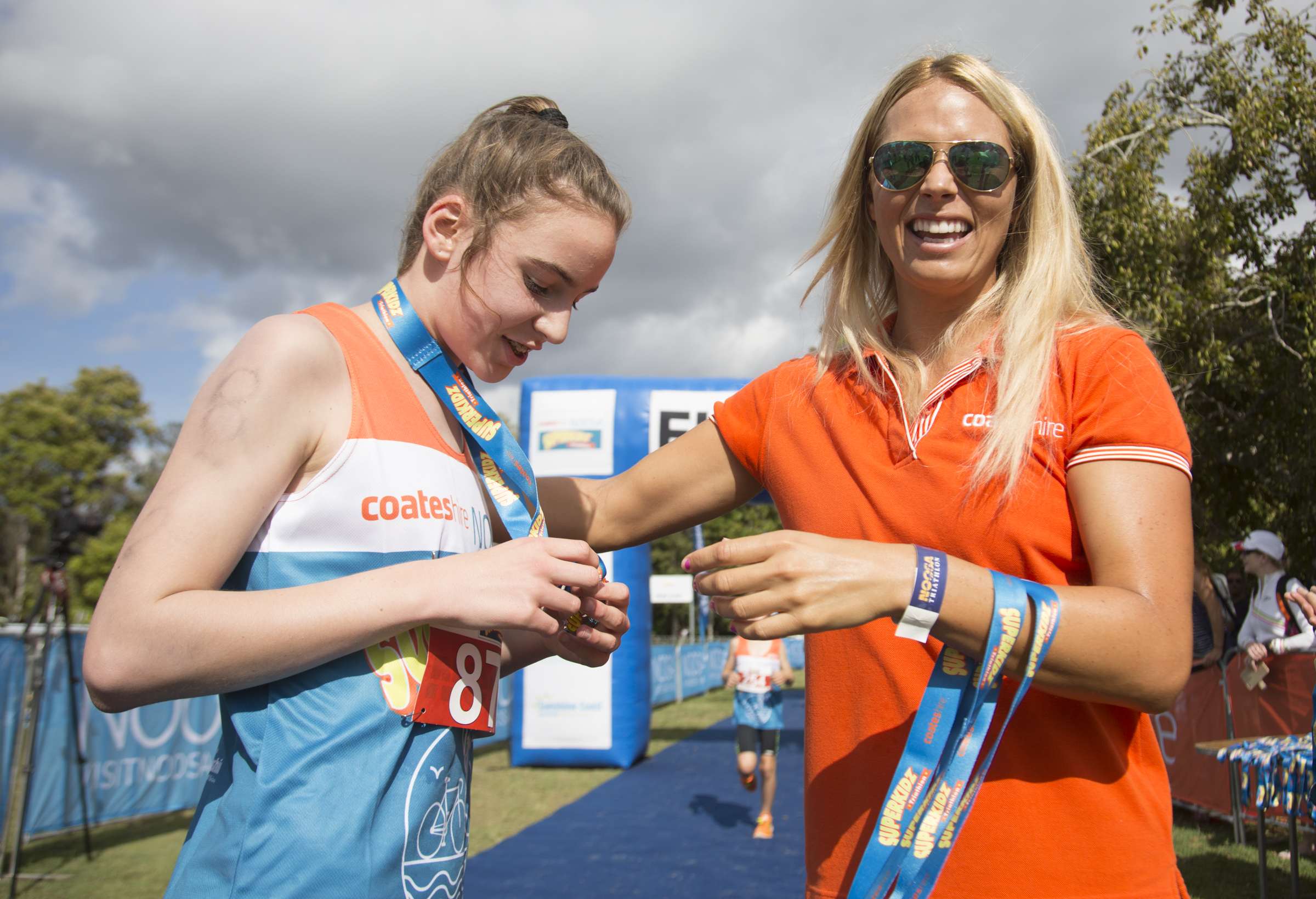