Triple Olympic triathletes Emma Moffatt and Erin Densham have “been there done that” – two of five Australian women to have medalled at the Games.

In fact the Australian women are the most successful nation when it comes Olympic medals with - 1 Gold; 2 Silver and 2 bronze.

Here’s the history and an impressive history it is:

For the fifth edition in Rio on Saturday add Gold Coast rising star Ashleigh Gentle into the mix with Moffatt and Densham and the green and golds will start a perfect combination of experience and youth for the Australian team. 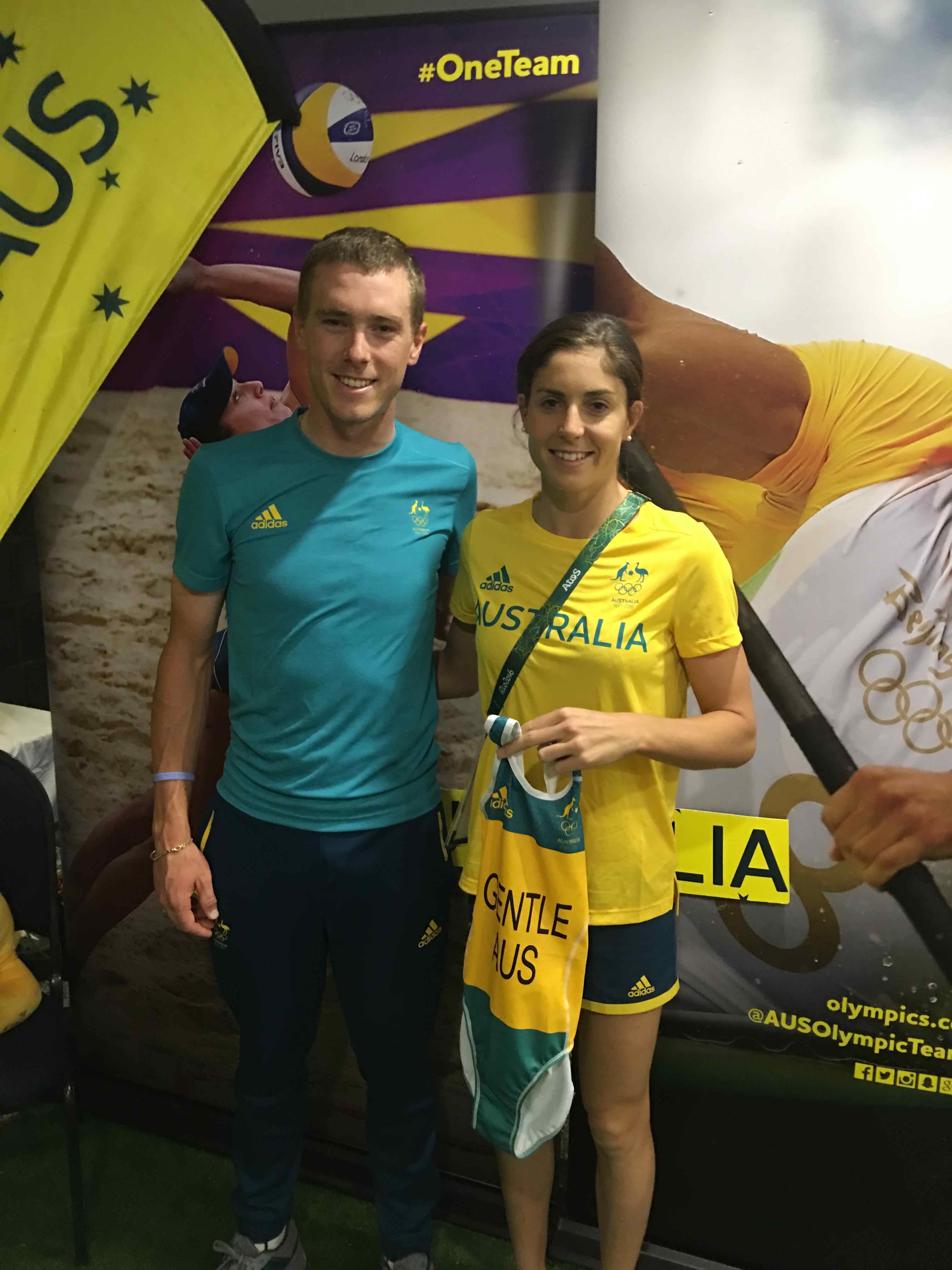 “I have been travelling and racing with Moffy and Erin for some years and they are both people you can easily approach and talk to if you need to,” Gentle said on her arrival in the Olympic Village.

“It is good to have two people who have been there and done it before and I guess we can experience the extra things here in Rio as well.”

Moffatt said having been to two previous Games “you know what to expect.”

“Things never run smoothly. There are always things that are out of your control. The main thing is to stay relaxed. Erin and I have had two Olympic Games to practice that. Hopefully we can perfect it with this one,” said Moffatt.

“I would love to get on the podium again. I am just going to go out there to give it my best.”

Densham has arrived into the Australian camp at the Ipanema Towers with a spring in her step, from her training-base in Victoria, Canada via Ottawa and says her preparation has been spot on.

“I have had a great training group back in Victoria who have helped me out a lot and I feel my preparation has been a good one,” said Densham.

“I guess I haven’t had the greatest of runs over the last four years but I’m ready to do the best I can, It’s an Olympic Games, anything can happen. I have been striving for a medal and I’m aiming to put myself in the best position I can.”

All three from that epic race in London four years ago, Nicole Spirig (SUI), Lisa Norden (SWE) and Densham along with Moffatt will feature in a field chockfull of talent.

And there is no doubt that the steep incline and descent on the bike has been the major talking point leading into this year’s Olympic race in Rio.

The course will see the field take off with a 1500m one lap swim off the Copacabana surf beach, which has seen a half-metre shore break in recent days; before the grueling 40km bike course made up of eight-five kilometre laps and the 10km run, consisting of four laps along the world famous Copacabana beach front.

The bike course will feature a steep incline and then down a steep descent before a smaller hill and onto the flat.

Gentle too is fully aware of what lies ahead.

“Yes, the bike is quite demanding, where you need a lot of skill and strength and it has been on the minds of a lot of the athletes preparing for these Games,” said Gentle.

“Some of the Olympic results are so unpredictable that it goes to prove that an Olympics is so different it doesn’t matter what you are ranked; if you are ranked number 50 you still have a shot.

“I am training with a medal in mind; it will be a tough ask; not much use turning up unless you have that positive outlook.”

Moffatt has worked hard on her improving her bike skills.

“In London I had a crash and that rattled me a bit. I came a little but unstuck with my bike skills,” Moffatt said.

“Coming here last year I was able to race on the course and it’s a tough course with a big hill and a scary right hand corner at the bottom of it.

“My training has been based around getting comfortable with my skills, things I should have worked on 10 years ago but didn’t.

“You prepare the best you can. As long as I give it 100 percent the whole race I think I will be happy.”

Meanwhile London golden girl Spirig might have broken her hand in the opening race of the year, but just a few weekends ago she finished second in a men’s Olympic distance triathlon race.

Spirig’s journey since that London gold medal has been unique, she’s given birth to her first child (with fellow Olympic triathlete husband Reto Hug), and then returned to racing.

She is chasing a piece of history in Rio - to become the first athlete to win two Olympic gold medals.

Spirig wouldn’t be the first mother to win gold though, fellow Swiss triathlete Brigitte McMahon also had a three-year-old son when she won gold in Sydney.

However, if Spirig could triumph she would be only the third woman in Olympic history to defend a Gold medal after becoming a mother.