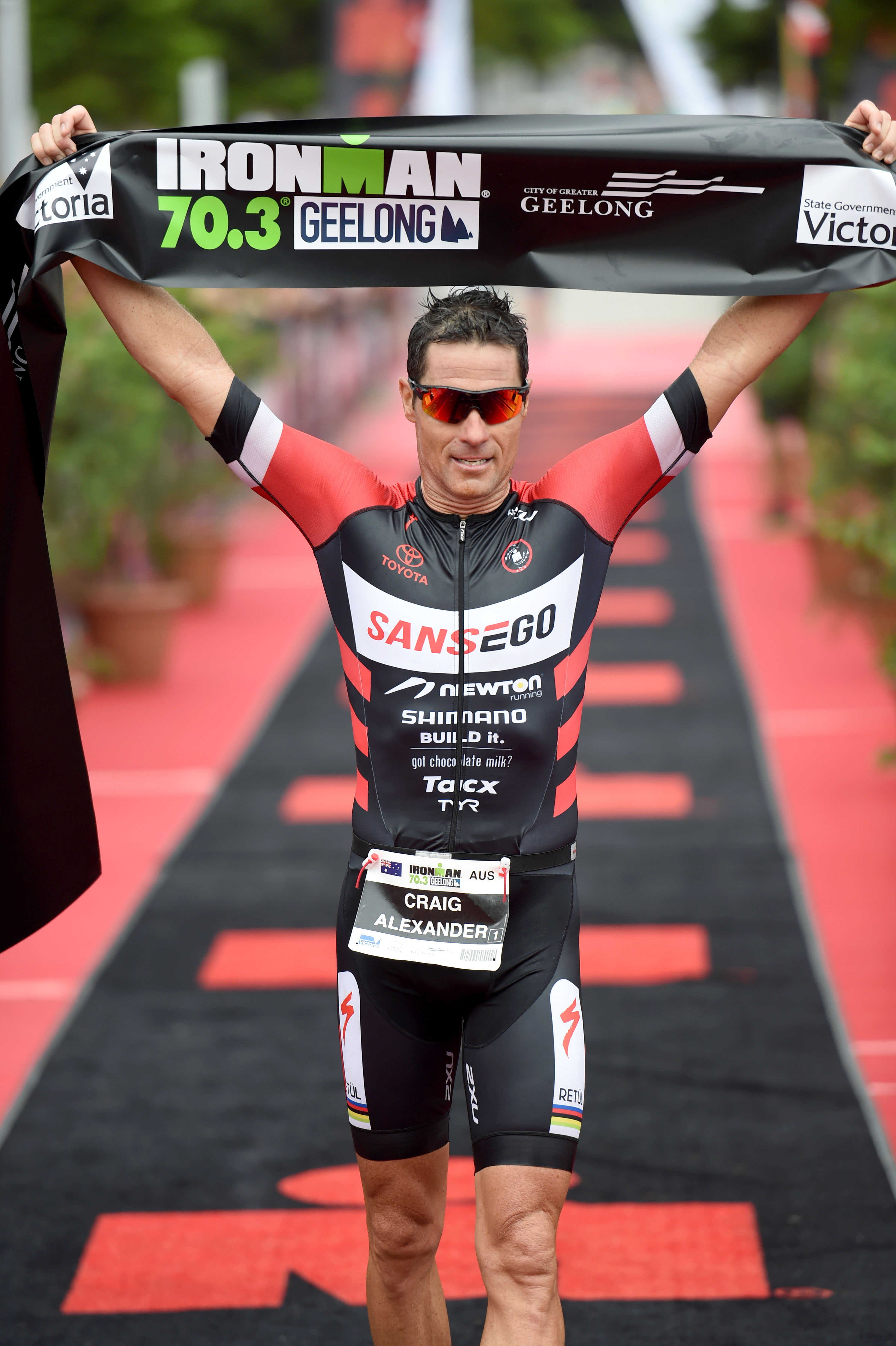 “It is nice to come back and win, I’ve got a great record here. Hats off to Sammy what he did today was world class, he pushed me all the way,” Alexander said.

“I gave it all I could but the old guy got me in the end, “Appleton said.

In the women’s race Liz Blatchford started her year in the prefect way, using a strong run to secure first place just 28 seconds ahead of fellow Aussie Rebekah Keat with Sarah Crowley in third.

Estonian Marko Albert lead out of the water followed closely by Australian James Seear with the  main contenders including Luke Bell, Alexander,Bowstead and Appleton in the chase group.

Appleton opened up a 30 second lead on the chase pack early on the 90km bike as Bell suffered a mechanical fault that forced him out of the race.

Bowstead and Alexander pushed hard and by the end of the bike leg had closed the gap.

Alexander took the lead on to the 21.1km run, but Appleton was quickly onto his shoulder, where he remained until the last few kilometres when Alexander finally broke his young challenger.

“I put a lot of surges in today, on one of the downhills I was running sub 3 minute kilometres, and I still couldn’t drop Sam,” Alexander said.

“I was disappointed after Kona last year and took some time off; I trained through Christmas and actually feel fitter than I did last year at the same time.”

Appleton went close to doing something no other athlete has been able to do in recent times, beat Alexander at IRONMAN 70.3 Geelong, with the champion having claimed the title previously in 2009, 2010 and 2014.

“That was an incredible experience, he’s someone I’ve looked up to my whole career, and to be racing him and making him work for the win feels really good,” Appleton said.

Before the women’s race Keat and Blatchford had joked it would be a battle of the “unfittest”, but could not have been further from the truth. 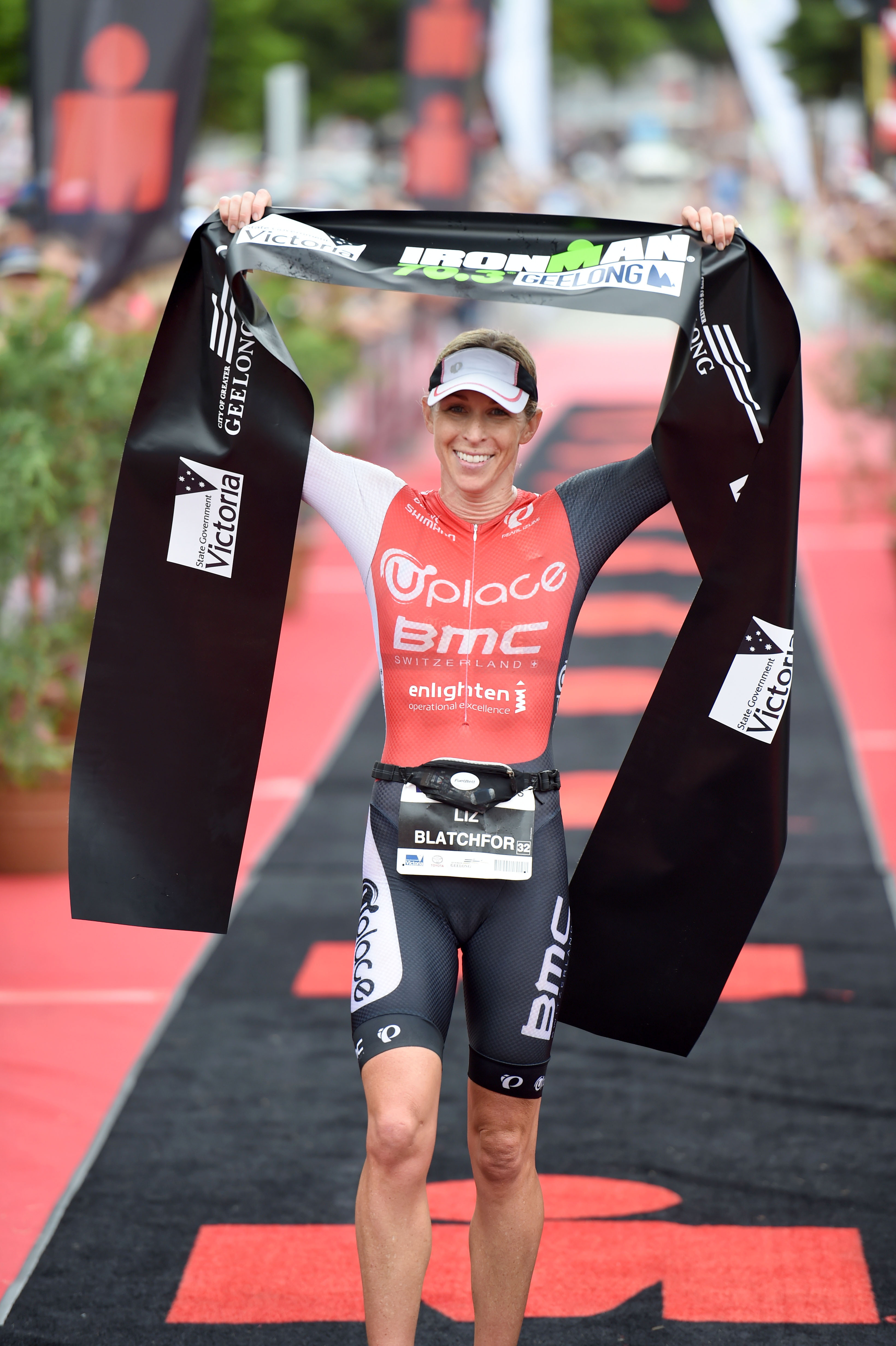 Blatchford, Rebekah Keat and Gina Crawford lead out of the water and then spent the entire bike leg within close sight of each other.

Keat knew she needed to build a lead on the bike and took off like a scolded cat.

“I knew Liz and Gina were fit and I needed to go out hard and try and hold on,” she said.

Blatchford took the opposite approach and held a steady pace hoping Keat would hit a wall.

“I only had one pace today so I just had to run my own race. Bek took off out of transition quickly and she got a minute up the road. I held steady and she blew up and started to come back to me, so I dug deep and managed to get the win. It was fun out there today,” she said.

Crowley managed to overtake Crawford late in the run leg to claim third.

Over 1400 age group athletes enjoyed almost perfect conditions as they chased their own personal bests.

IRONMAN 70.3 Geelong began in the calm waters of Corio Bay, the two lap bike course takes in Geelong’s picturesque waterfront and scenic countryside, while the run overlooks Corio Bay, including Eastern Park and the runner friendly paths along the bay trail.
IRONMAN 70.3 Geelong is proudly supported by the City of Greater Geelong, State Government of Victoria and Toyota.