Five-time ITU world champion Chaffey overcame a penalty on the bike leg which he served just before the finish on the run but still managed to charge to the line 47 seconds ahead of his nearest rival, American Fernando Aranha. 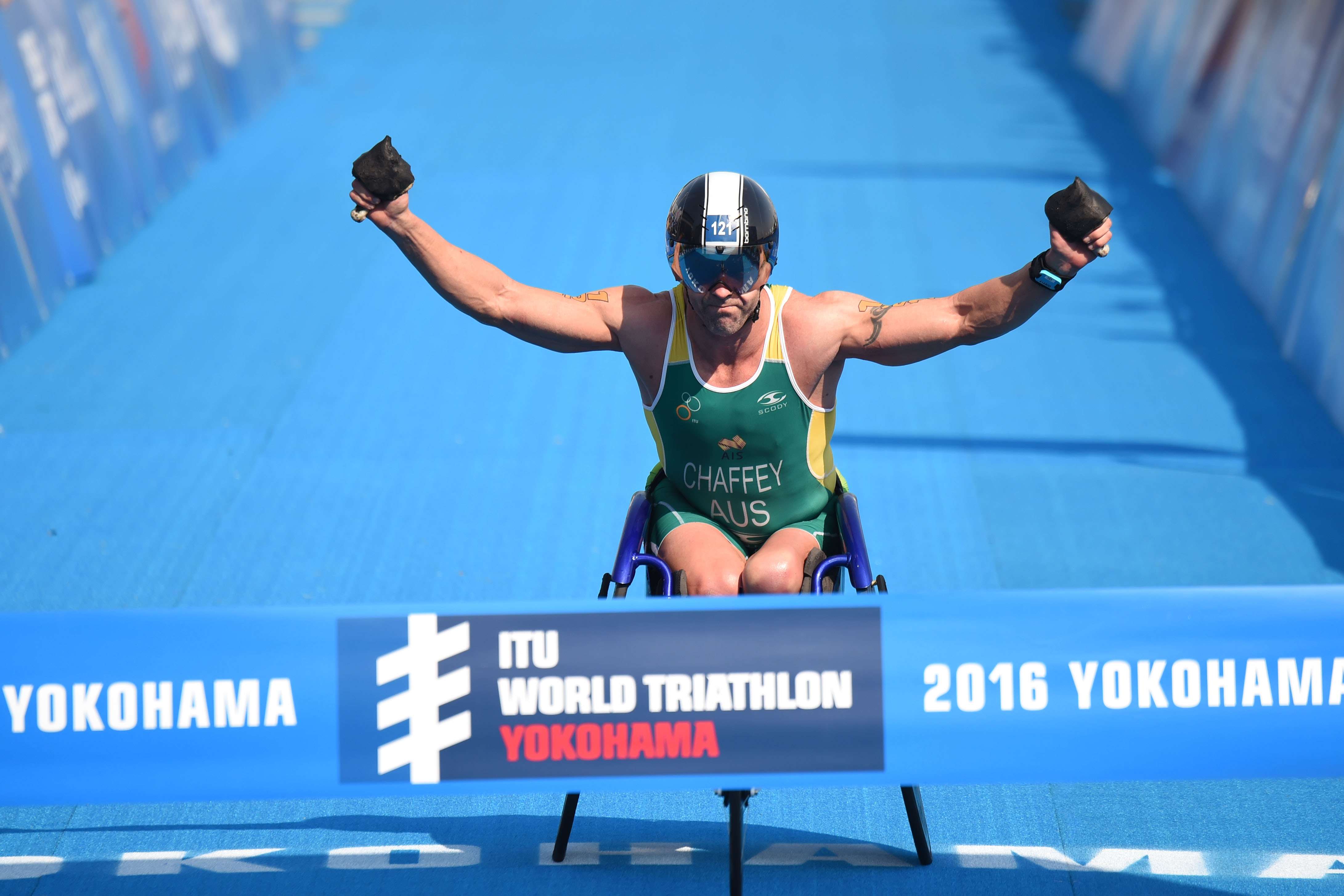 While ITU world championship bronze medallist from Chicago last year, Doughty overcame stomach cramps on the run to chalk up another impressive performance en-route to the sport’s debut at this year’s Paralympics in Rio.

In another solid day for the Australian contingent a third Rio-bound athlete in WA’s Brant Garvey also produced another outstanding performance to finish second to Germany’s Stefan Loesler in a classic PT2 race with just eight seconds between the pair.

In other categories Scott Crowley still managed fifth despite a flat tyre in the PT1 for men while Josh Kassulke finished sixth, despite a crash with a spectator and Jack Swift was eighth with a penalty in the PT4 race.

Chaffey said he was happy coming out of the water first despite the choppy conditions.

“I knew the Japanese guy Jumpei Kimura was going to be on my feet a little bit because he swims quite well,” said Chaffey.

“I was able to put some power down on the ride and there were a lot of turns out there, something like 24 corners on each lap and there’s four laps.

“But despite that I was still able to get up some speed; it’s a nice fast course.

“This race was always on the cards because the more racing you can do the better; you’ve got to keep racing the top guys. Racing is great training.”

Chaffey admitted when told of his penalty, it came as a surprise.

“I don’t know what happened out there but when I came in on the bike I was told I had a penalty on serve, I didn’t know what it was for,” said Chaffey.

“I know it couldn’t have been drafting because there was no one in front of me; I haven’t found out what the penalty was but I had to serve it on the run..

“It was 10 or 20 seconds just before the finish line; I don’t know what that was about but it doesn’t really matter, I got the win….”

Doughty said her race was really about practicing and executing everything as efficiently as possible in the lead up to Rio. 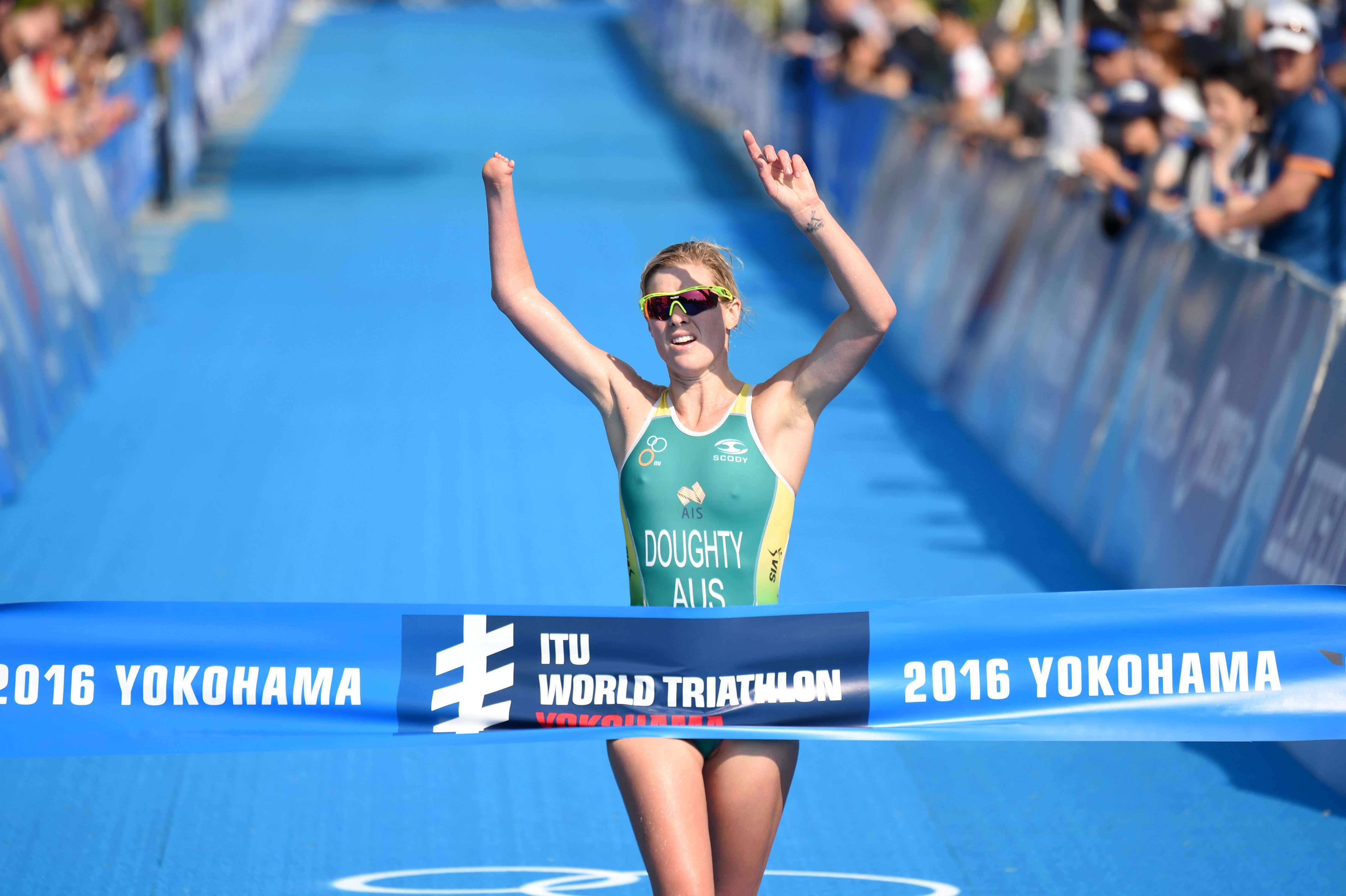 “The swim was good, I love this course, the bike is technical but it plays to my strengths (so) it was a great bike,” said Doughty.

“I didn’t feel the best in the run; my stomach played up the whole time and coming in I wasn’t in the best way, but I was able to push through it.

“That’s what you try to execute every time you race; I just had a really good race; I love racing in Japan but it is all about Rio now and just thinking how much further I can push myself on each leg.

“I’m just really happy; at the end of the day it comes down to that mental strength that gets that extra one percent out of you and I think that’s what will get us there; everything is focused on Rio now.”