A never-say-die finish by Bunbury’s Rio-bound Ryan Bailie has sealed Australia a stirring silver medal with one of the greatest comebacks in the history of the ITU World Mixed Teams Relay Championship behind the USA in Hamburg today. 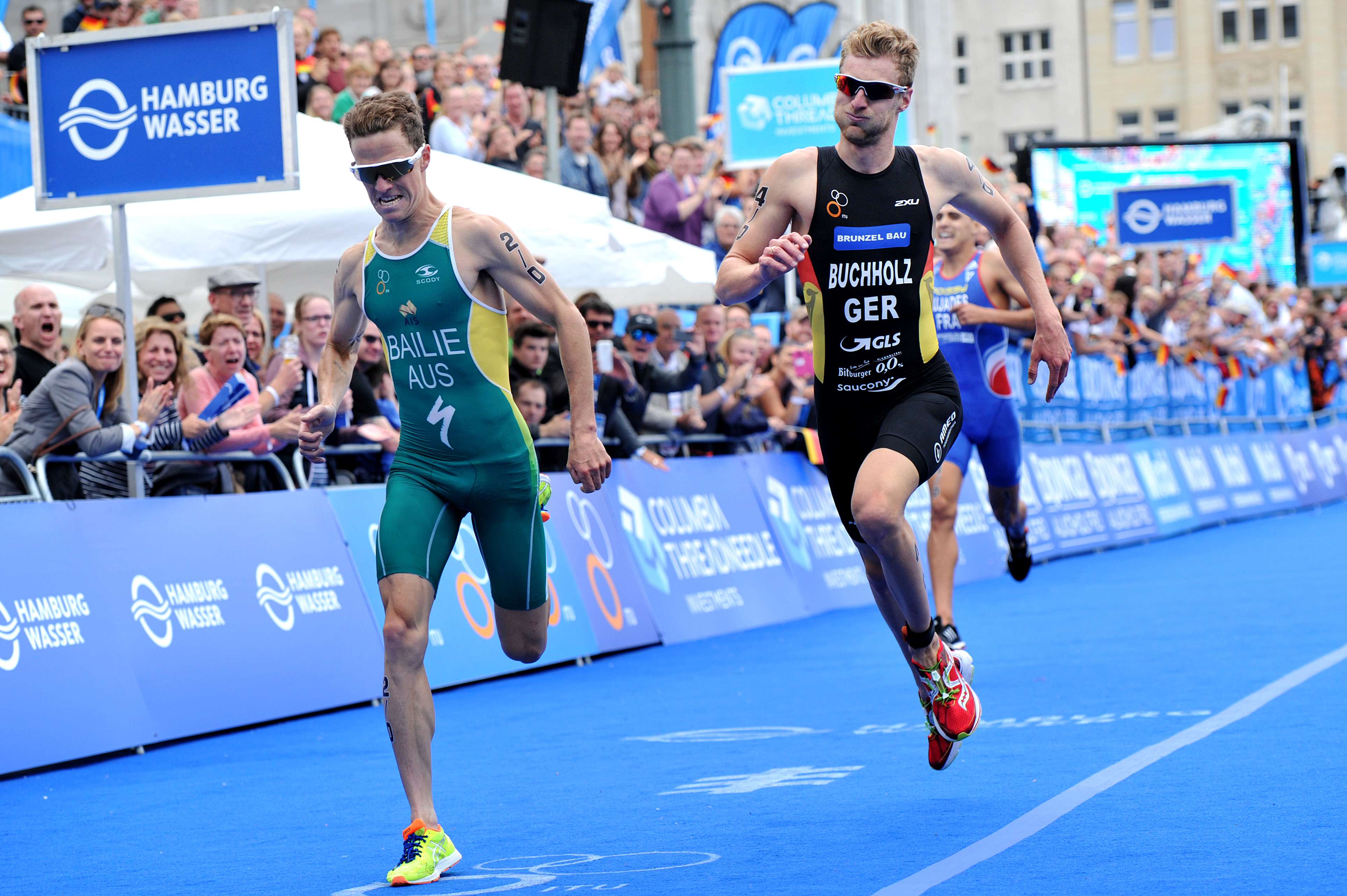 While the Gwen Jorgensen led Americans were deserved gold medallists, the fighting Australians and their “never ever give up” attitude was the talk of the town as 100,000 people lined the streets to cheer them home.

Bailie, the best anchorman in the business, produced the race of his life to keep Germany’s local hero Gregor Buchholz at bay in a neck-and-neck sprint to the finish for the minor medals.

The Australians were almost certainly out of contention over the (4x 300m swim; 6.6km bike; 1.6km run) course after former Under 23 world champion Charlotte McShane led off and struggled to get herself out of the swim-bike transition.

“I thought I had really let the team down today; I struggled in that first transition and lost the group,” McShane said.

“You know it is different in a team event; you’ve got your team mates and they are going after you and you don’t want to let others get a head start.

“But I’m glad we have such a really strong team and they were able to pull back.” 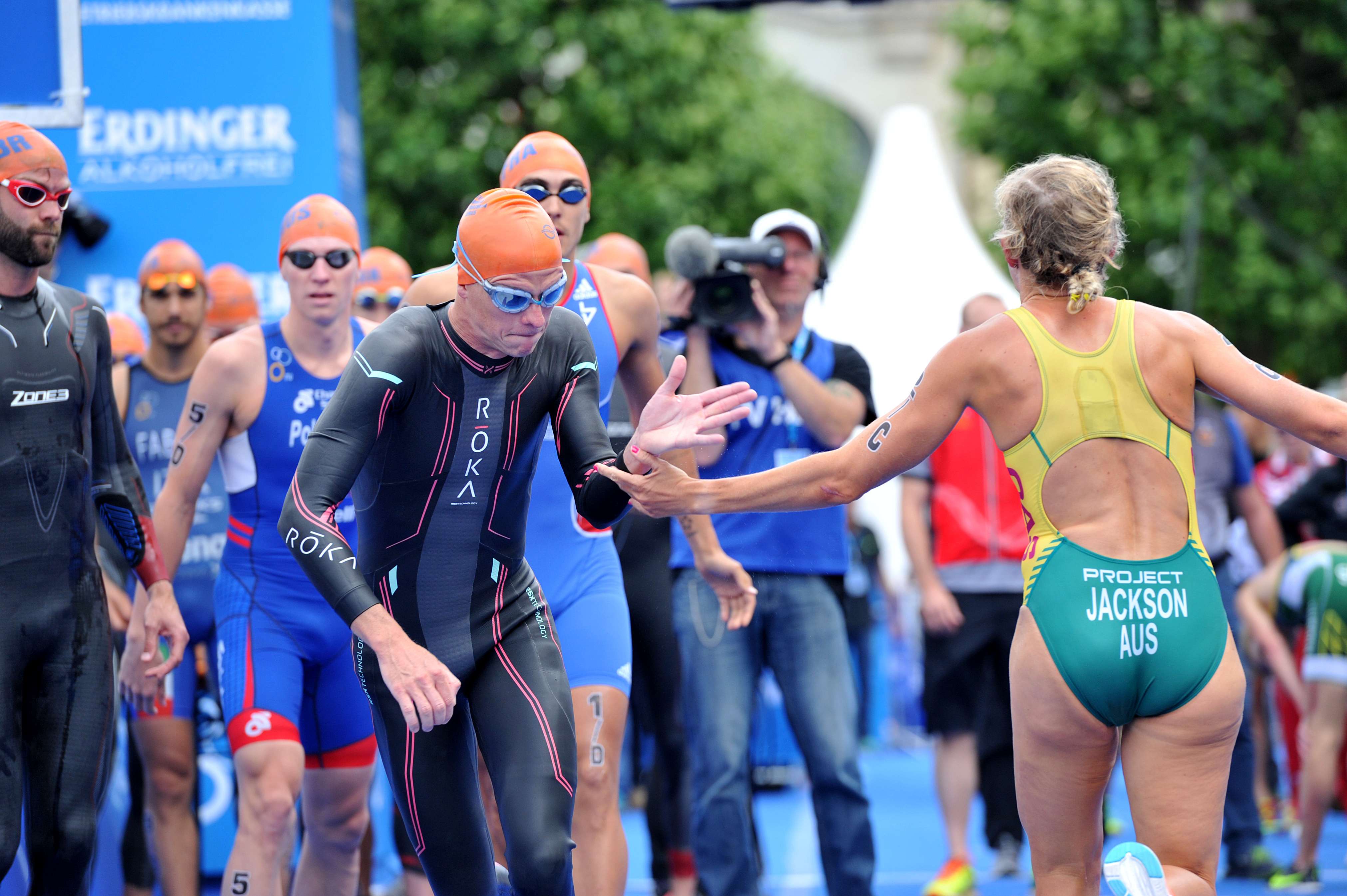 “Over the short distances it’s red hot the whole way; there’s not much you can do; you’ve just got to try and hold on,” said Birtwhistle.

"It's not over till it's over," said Bailie after the race, '"we're just so proud to wear the green and gold,” with Jackson saying: “Australians love the relay…we love the opportunity to compete as a team and to come away with the silver two years in a row is amazing.”

“I have to say I am disappointed we didn’t win because I knew we had the team that could win but in saying that I am so proud of the way each and every one of them fought and their never, ever give in attitude,” said Savage, who also had praise for Bailie and Birtwhistle’s coach Jamie Turner.

“He has been working with NSWIS sprint coach Paul Hallam on the ‘Blue Carpet Project’ – to get his athletes ready to fight and sprint when the going gets tough over that final 100 metres on the blue carpet,” said Savage.

“And that’s what it came down to today with Ryan and the way he timed his finish to perfection – he is as cool and calm as they come and today was a steely performance from Bailie if ever there was one.”

Bailie and Jackson are the only survivors of the Australian teams of 2014 and 2015 in an event Savage said was “an absolute must for inclusion in the 2020 Olympics in Tokyo – it’s one of the most exciting formats in sport.”