What seemed like an untouchable dream when she was struggling with injuries just three months ago, turned into a reality for an elated Katie Kelly at Copacabana Beach in Rio today when she won the gold medal in the women’s PT5 para-triathlon. 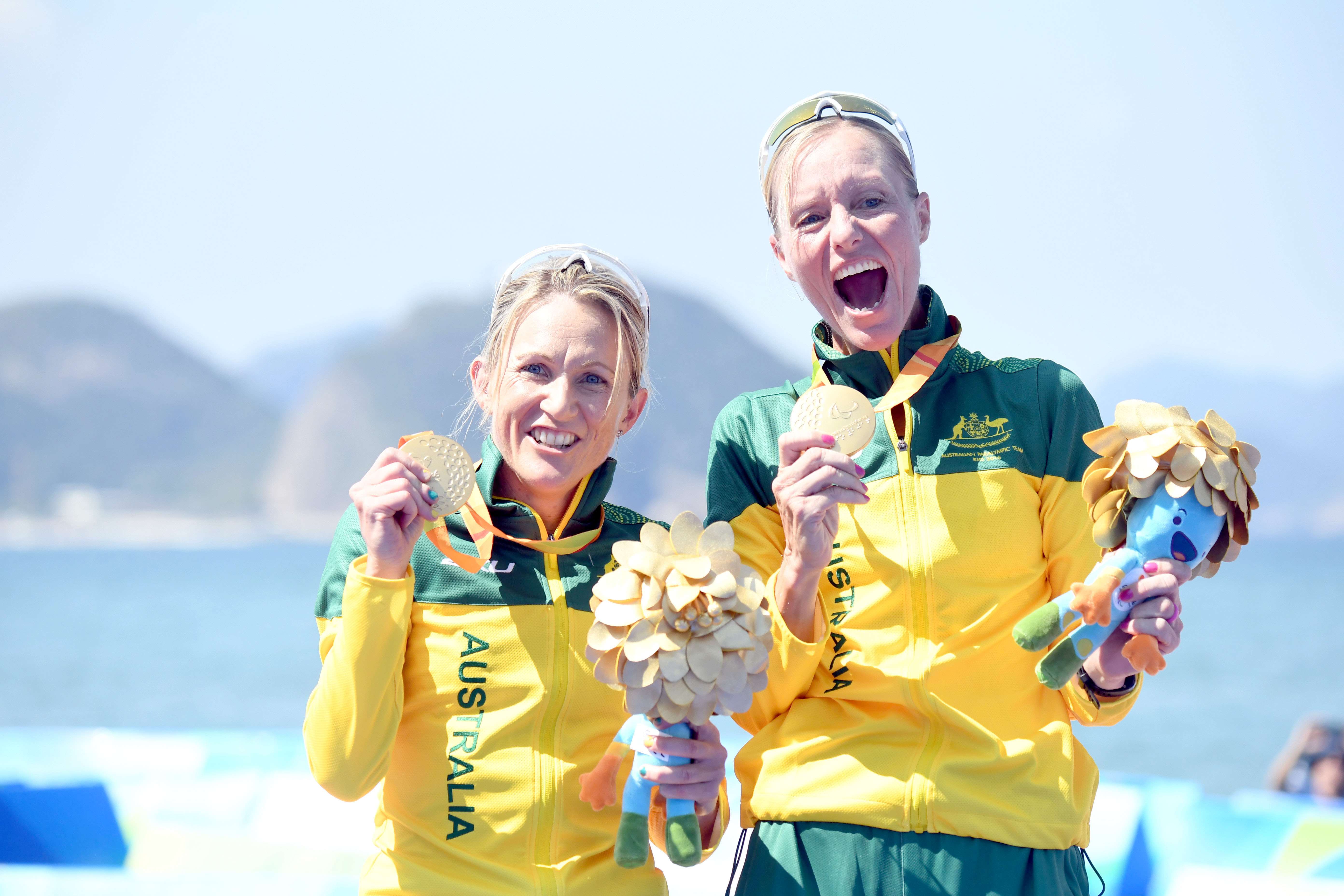 Stress fractures in her ribs had hampered Kelly’s Rio preparations this year, but that mattered little when she and Jones took the lead on the cycle leg and never looked back.

“I was saying to Michellie that it’s something that you wish for, but these triathlon competitions I never take it for granted and it’s hard work out there. You can’t underestimate how hard it is to get there,” Kelly said. 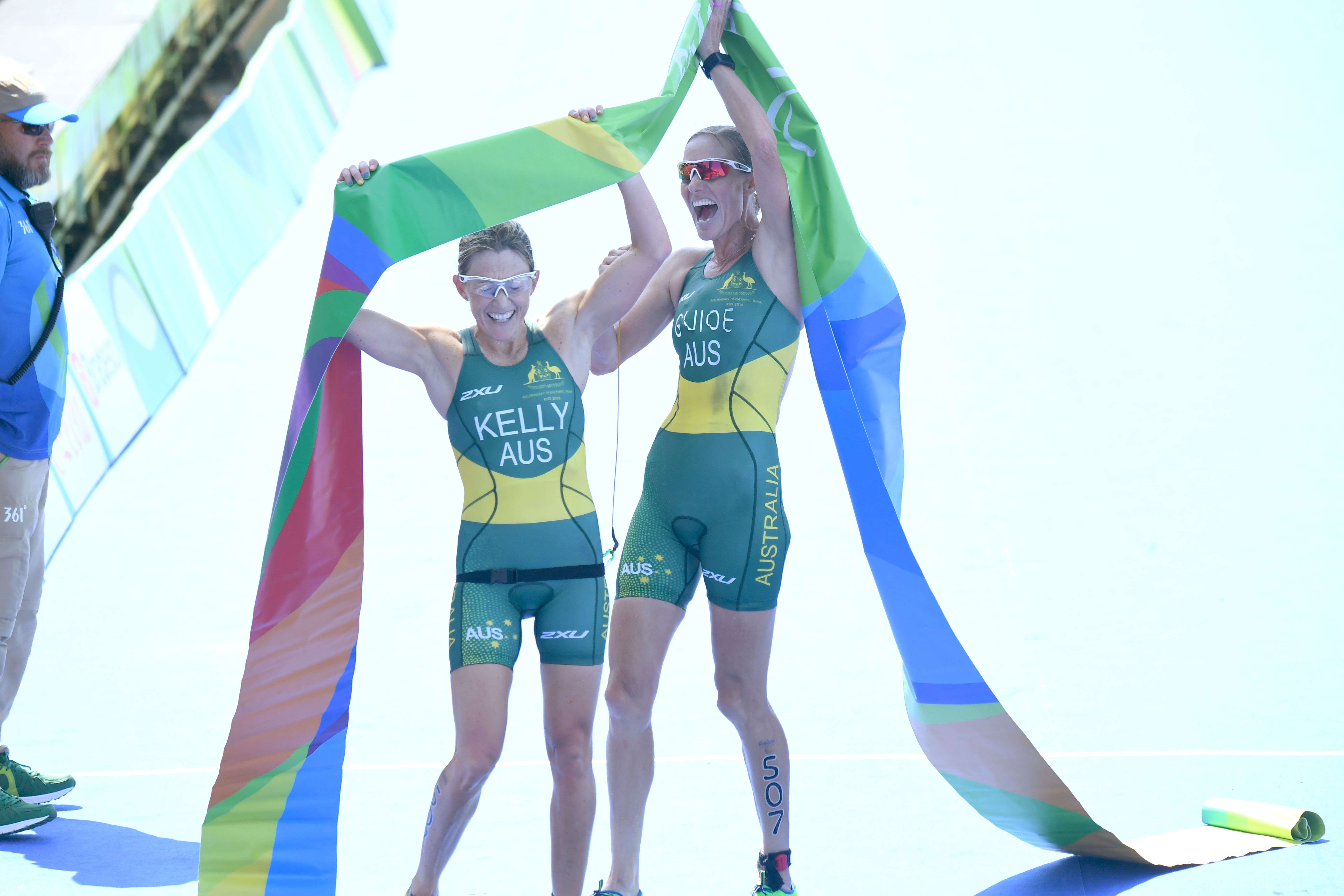 “So when Michellie said, ‘KK, we’re going to get on that blue carpet (the last metres of the course) – you can enjoy it,’ I thought ‘No, I’m going to get to the finish line first’ (before I start enjoying it).

“I’m just really honoured and chuffed, and to do that in para-triathlon here in Rio is a really special moment.

“When I crossed the finish line I felt relieved. I’ve just been through such an intense training, and to keep the body in shape it takes so much.”

For Kelly’s sighted guide Jones, the Paralympic gold medal gave her a rare career double after she claimed that silver medal when trithlo0n debuted in Sydney 16 years ago.

Asked how today’s triumph compares with how she felt about her own achievement in at Sydney 2000, Jones was unequivocal.

“Oh, this is better. This is so much better because when I think of everything KK has been through and to be able of doing everything she’s done in such short amount of time, to me this is the best thing that I’ve ever done,” Jones, who turned 47 on September 6, said.

Doughty gave herself every chance, emerging from the swim in third and holding that position during the bike but just not able to hold on in the run. While McLean gave the field a good head start after the swim, which is not her strength, the former cycling Paralympic silver medallist clawed back time on the bike and running on to finish 9th.