Australia’s Emma Jackson served notice on her Commonwealth Games rivals when she produced the second fastest run of the day to grab a stirring bronze medal in the ITU World Triathlon Series event in London overnight.

It was far from the perfect race for the pint-sized Queensland Olympian after mistake riddled swim-bike legs, which saw her fall in T2 (bike transition) – her race seemingly over.

She had already produced a sub-standard swim leg, which saw her 30s off the pace and missed the lead pack of 11 going into the five-kilometre run leg of the sprint distance race (750m swim; 20km bike; 5km run) in and around London’s Serpentine Lake in Hyde Park.

But the determined former ITU Under 23 world champion set off in hot pursuit of the leaders and ran down all but two competitors in what was a brilliant trial in the countdown to next month’s Games in Glasgow. 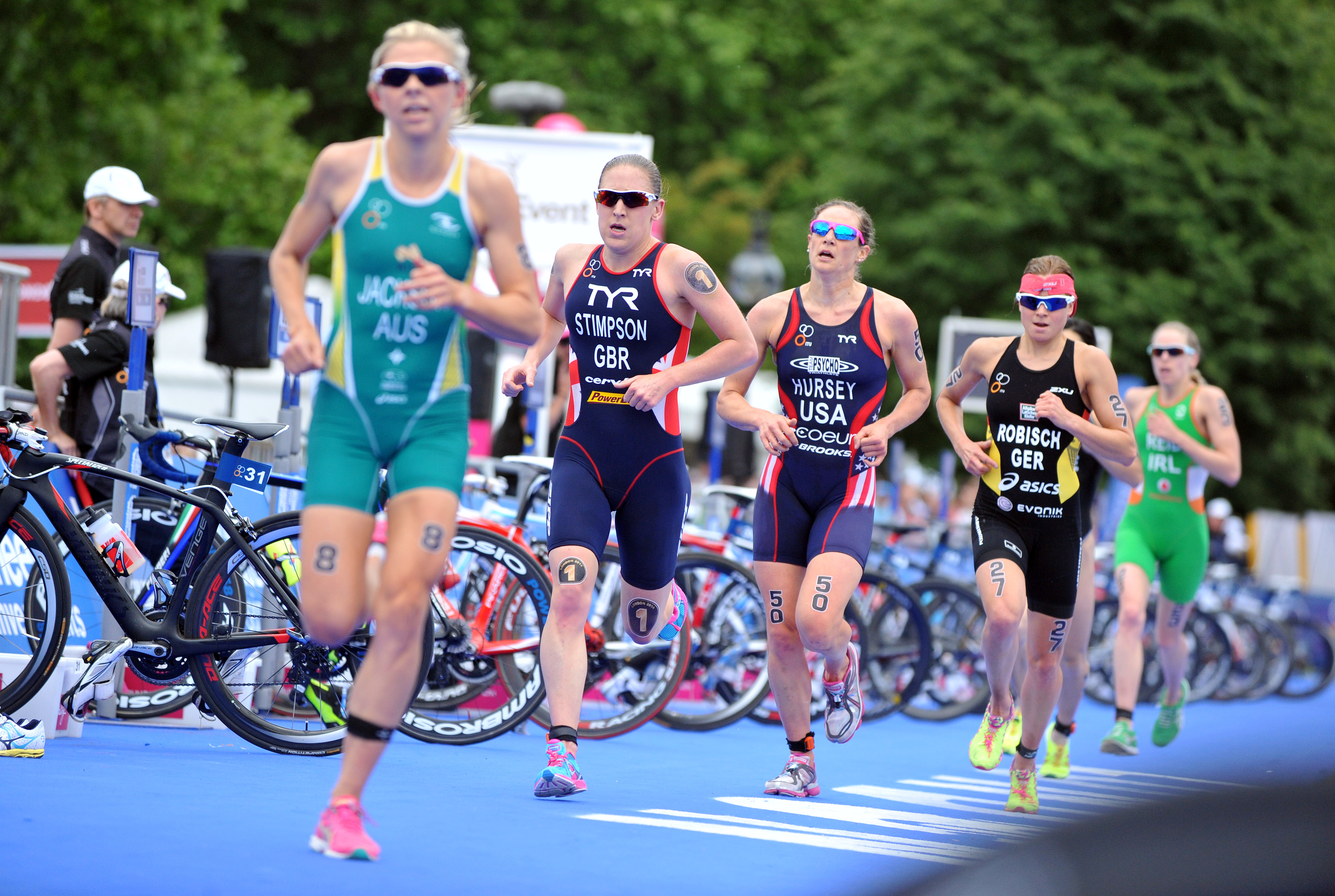 Australian-based American Gwen Jorgensen (54mins 44 secs) led home a US quinella on the day with an emotional Sarah Groff (55:12) hanging on for second ahead of Jackson (55.17), who left five Games rivals in her wake.

Then there was Britain’s WTS rankings leader before London Jodie Stimpson, who will represent England in the Games, was 11th.


The former South African born Western Australian, Bailie, has now leap-frogged training partner Royle to be fifth on the WTS rankings with Royle dropping from fourth to seventh.

But the day belonged to Jackson whose trademark run leg made up for her indifferent start.

“Things certainly didn’t go according to plan that’s for sure when I ended up in the second pack on the bike,” said Jackson.

“My plan was to have a good swim and try and end up in the lead pack on the bike but it didn’t work out and then I dropped my bike and fell in T2 (bike transition) which set me back.

“I may have been able to challenge for second place but for what happened in T2.

“That’s only my fourth ever ITU podium so I am really pleased with that bronze medal finish and I can now head back to France, by-pass the next ITU race in Chicago and focus on the Commonwealth Games - that’s my main focus of the year.”

Jackson showed a lot of tenacity as she set out to run down all but two in the classy field.

Despite a 20 second gap to the leaders that was compounded with her fall n T2, (37 seconds – the equal slowest of the day) Jackson didn’t let up on her way towards a brave podium finish.

As a sprint race the 750m swim in the Serpentine played a significant role in the way the race panned out. 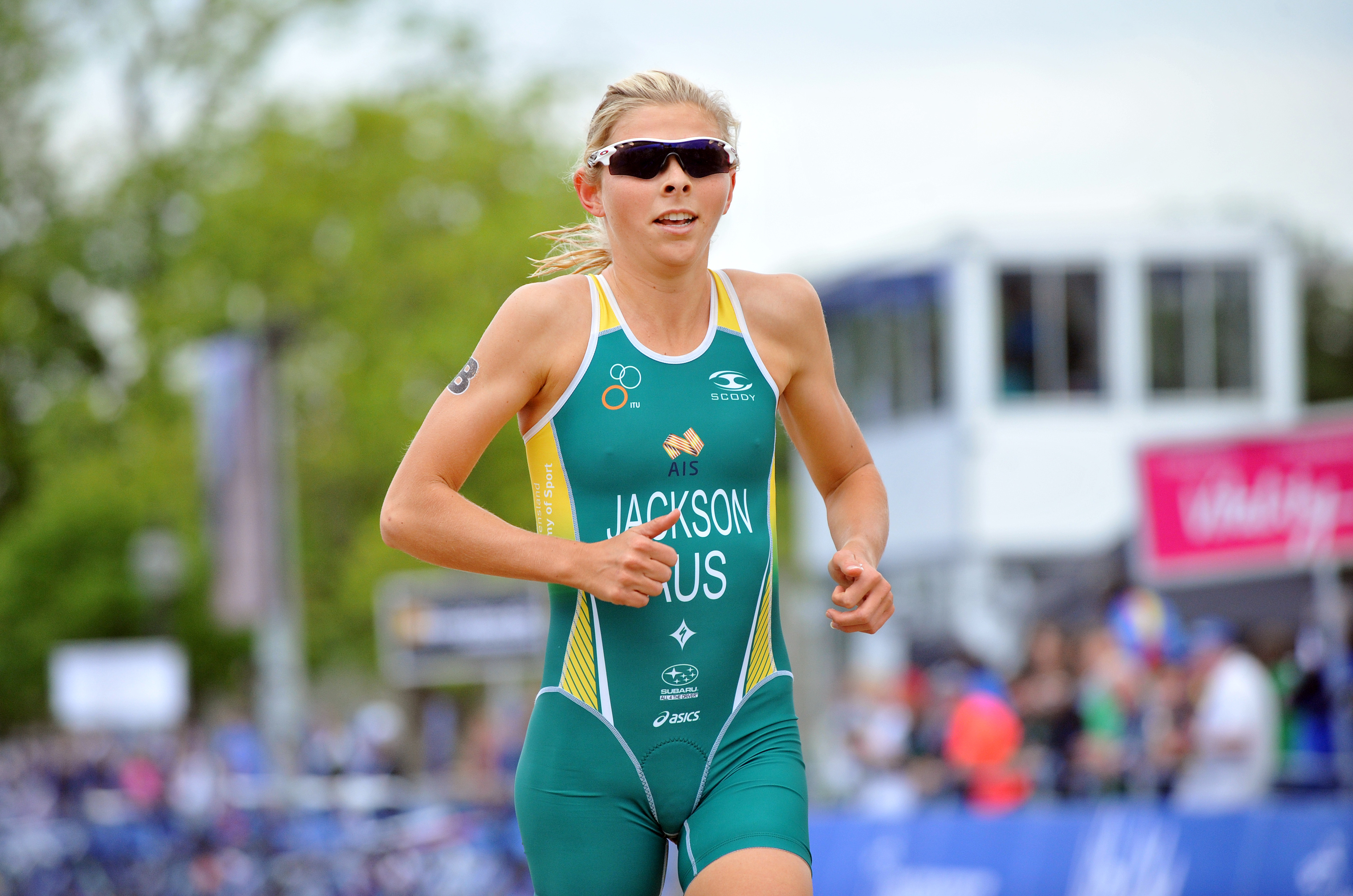 Behind them Great Britain’s top contenders Stimpson and Jenkins were stuck in a first chase group that just couldn’t seem to make ground on the leaders across the 20km bike.

That left the head group with a 20 second lead starting the 5km run, which proved too much of a lead to give Jorgensen, the fastest woman on the ITU circuit.

As always, Jorgensen didn’t fly out of transition but worked her way into the run in the first kilometre.

But even before the first lap finished, Jorgensen had effortlessly moved into the lead by 14 seconds. From there it was a foregone conclusion with the only question just how fast she could run. The answer was a slick 16:10 run split, compared to Groff (16:39) and Jackson (16:17).

Jackson’s third place sees her sitting in fifth place on the WTS rankings now led by Jorgensen, with Moffatt, who missed London but who will be joined by Australia’s third Glasgow representative Ashleigh Gentle in Chicago in a fortnight, in ninth. FULL ITU WOMEN’S WRAP