Elle Leahy, the girl from Goondiwindi, who came to Brisbane 12 months ago to further her triathlon career, has won Australia’s first gold medal of the ITU Triathlon World Championships in Cozumel.

The 19-year-old, who just missed selection on the Australian Junior Triathlon team with twin sister Zoe, was one of three Aquathlon gold medals won by the Australian contingent. 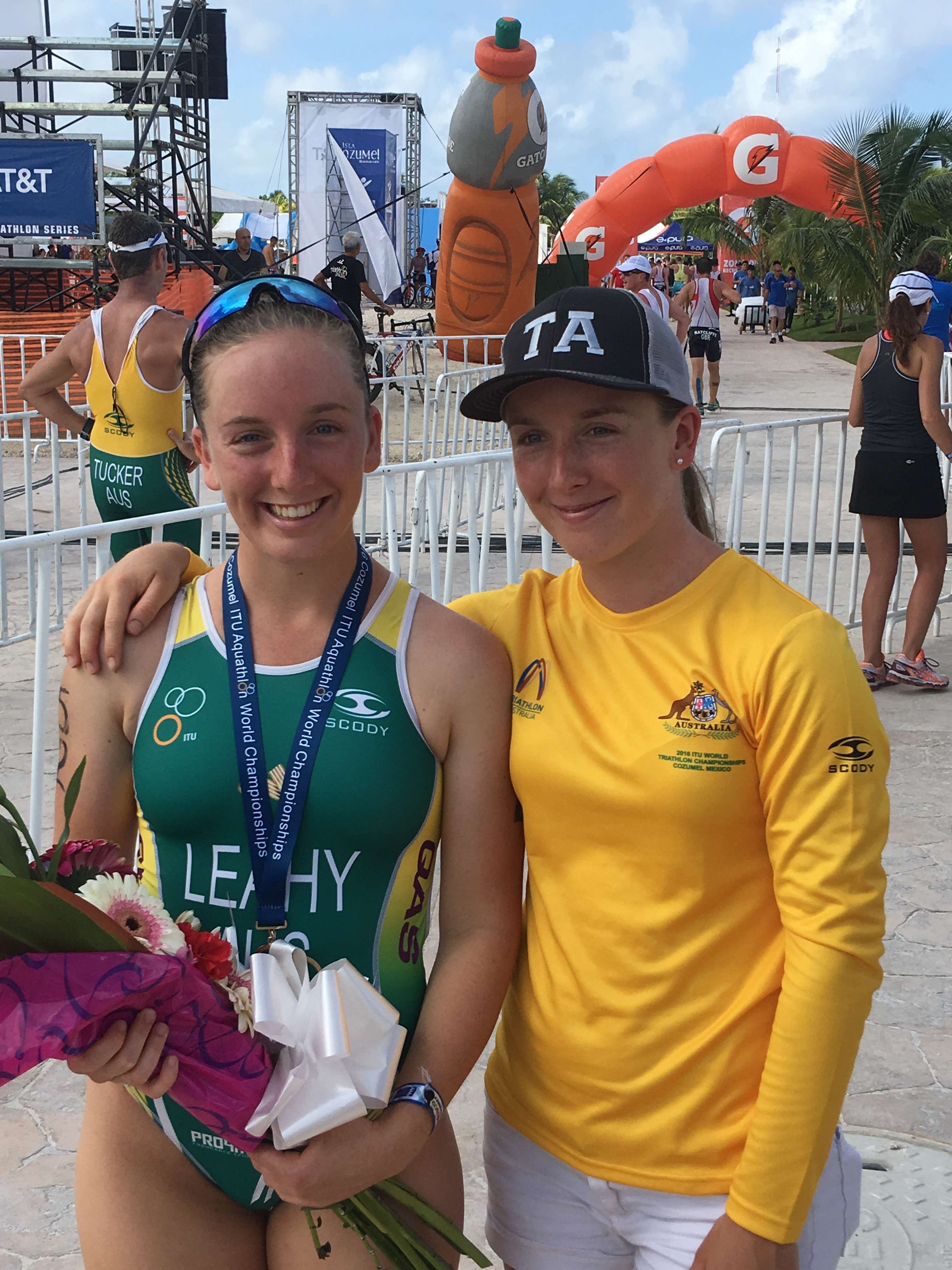 Leahy, who suffered a stress reaction for the second time in two years earlier this year after a race in Gisborne, was happy just to get to race.

“It would have been nice to be here for the triathlon but it was good to come to the World Championships and contest the Aquathlon and just do a race,” said Leahy, who made the move from Goondiwindi with Zoe who made the Triathlon team and will race on Friday.

“I really enjoyed it, especially after Gisborne when I suffered my second stress reaction; similar to what I suffered two years ago.

“It flared up again, but it has healed now and I’m ready to go; I haven’t raced in a while so it has been nice to get out there and race again.

“It was great to see Zoe in her bright yellow Australian team shirt … and her voice stands out a bit as well.

“There are so many Australians here and it was great to hear them cheering me on.

“I have been preparing in Brisbane under my coach Josh White and it could not have been a better result, I actually prepared very well.”

It will now be Elle’s turn to cheer on Zoe, who is lucky to be on the start line after a freak accident on her bike in Edmonton, Canada last week.

Zoe was riding to the race site for her final pre Worlds event when her gear bag fell off her shoulder and became entangled in her front wheel, forcing her over the handlebars, smashing her face first into the road.

She broke most of her teeth, requiring braces to be fitted to hold her remaining teeth in her mouth; also severe bruising to her eyes and cheek, escaping injuries that would keep her sidelined.

“I didn’t look to good but I have made a good recovery considering; but I did think “oh no” what about my World Championship, but I got patched up and here I am,” said Leahy.

“And I was so thrilled to see Elle win … so proud of her.”

Australia’s other set of twins, 79-year-olds Keith and Frank Pearce were also in the thick of the action, winning gold and bronze in the 80-84 year’s category. (Click here for the full story).

Sally Musgrove, mother of notable Wollongong triathlete Grace Musgrove was also among the gold in the females 55-59 years.