Cairns, Queensland (Monday, June 6, 2016) – Caroline Tahana is accustomed to taking on feats of endurance. Along with her husband Kingi the 32-year-old mum from Hyde Park in Queensland was on the most recent season of the Channel 9 ratings juggernaut, The Block.

Even while she was in the midst of the madness of the renovation reality series Tahana, who will be on the start line for Sunday, June 12’s Cairns Airport IRONMAN® Asia-Pacific Championship Cairns, was thinking about IRONMAN. An IRONMAN triathlon consists of a 3.8km swim, 180km ride, and 42.2km run.

“Cairns is only four hours north of our hometown of Townsville and this race has defiantly been on my bucket list for a while now. Last year we were filming the TV series The Block so I missed the chance to race! I remember trying to finish the kitchen while tracking my teammates who were racing at IRONMAN Cairns! Now that’s multi-tasking,” she said.

Tahana believes IRONMAN allows her to set an example for her daughter, to show her that in life anything is possible if you put your mind to it.

“Work hard and don’t give up. I love that it doing this shows women and mums that you can still be an IRONMAN after you have kids! Mind you I still think an IRONMAN is harder than giving birth, but that just proves how strong women are,” she said. “For me, it’s the mental test that is the hardest part of the race.

I believe if you can complete an IRONMAN you can do anything in life. Only the people who have crossed that finish line can understand what I’m talking about,” she said.

While her family and friends think she’s a little bit nuts, they are incredibly proud of what she has set out to achieve.

“My husband, family, and friends think I’m crazy for doing IRONMAN races! Especially when they ask how far did you run this morning and when I reply with ‘only 23kms’ the look on their face is priceless,” she said. “I can’t wait for them to see and feel the whole IRONMAN experience. It gives me goosebumps just writing about it, and I can’t wait to share that with them.”

Work commitments have meant Tahana hasn’t been able to train quite as much as she’d like, as a result she’s had to temper her expectations and now wants to make sure she’s fit enough to finish.

“Words cannot describe the feeling when you cross that finish line. I get so emotional just thinking about it. I think about that feeling a lot when I’m training and that motivates me to get moving on those early mornings,” she said.

“Racing IRONMAN events changed my life. If I’m stressed or going through a rough time, I remind myself ‘Caro you’re an IRONMAN’ and that reminds me not to sweat the small stuff.” 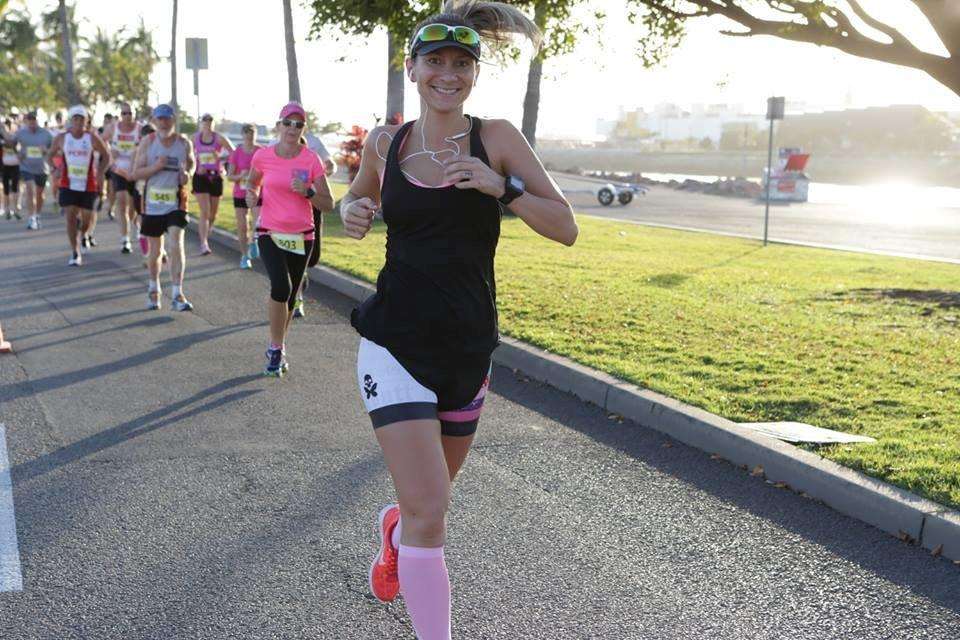