Australia’s elite Paratriathletes have had a golden start to the 2014 ITU Paratriathlon World Series with Western Australian pair Brant Garvey and Sally Pilbeam registering wins in the opening round in Yokohama. 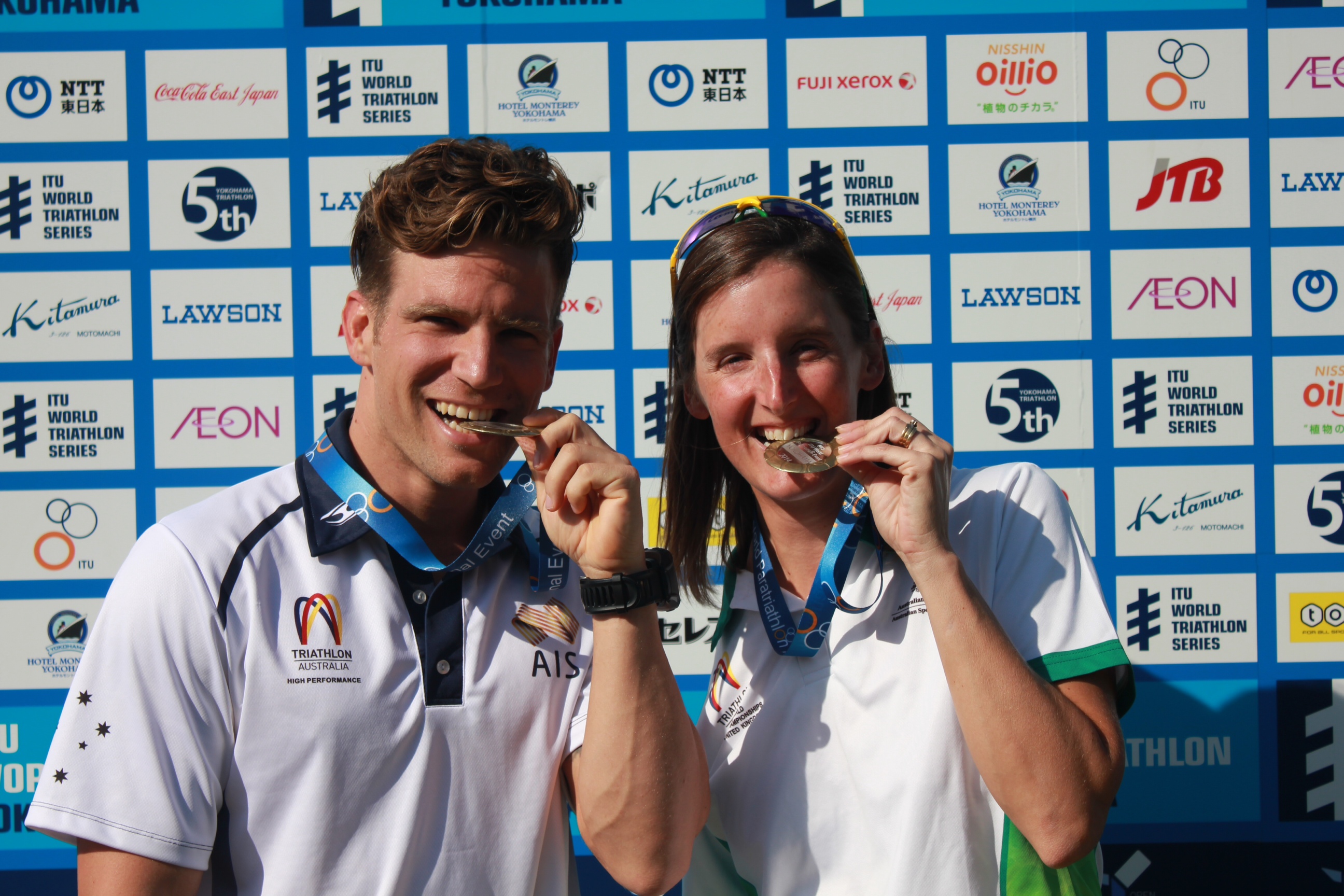 Garvey, sixth behind Bahier at the ITU World Championships in London last year, clocked a time of 1 hour 16mins and 29 seconds ahead of Bahier (1:17.06) with Japan’s Kenji Hashimoto (1:25.22) taking the bronze ahead of Australia’s Glen Jarvis (1:26.13) fourth.

The win secured Garvey’s place on the Australian team for the next round in Chicago on June 28 and 29.

“That has just booked my trip to Chicago with Triathlon Australia,” said Garvey.
“Today was good, the swim was tougher than I expected, I kept getting a few chops slapping in my face so I drank a lot of water.

“Then transition was a bit rough but the bike was nice and on the run I just kept holding the pace and caught Stephane (Bahier FRA) on the last lap and held it to the end.

“I finished sixth at the World Championships last year with Stephane winning,.

“My goal was to be better than him, I have done it today but the World Championships (in Edmonton later in the year) is the big goal.”

Here is how three of the Australians, Paralympic cyclist Claire McLean, Justin Godfrey and Jeremy McClure described their experiences.

“The swim was particularly tough for me as I swim with one arm and on one side so it was alright heading out but coming back the chop was in my face and it was difficult to see the last buoy. I tend to be okay with seasickness though but you do tend to take in a bit more salt water which means taking on more fresh water on the bike to dilute it down before the run. I am a little bit disappointed with today’s race, there were tiny mistakes today, like wetsuit arm coming out, not quite getting the hand working to get a shoe out but these are the one percent things that make all the difference so I would like to refine that and get that better for the future.”

“The swim was a lot choppier than our (training) swim that sorted a few people out. The bike was windy and very technical course which I like so I passed a lot of people on the bike but due to a few injuries of late my run is not quite there but I did my best on the day and proud to be an Australian and doing this race. My next race is Edmonton and the Worlds, I have done two internationals and with the new classifications.

“Today was good, it was a bit of a struggle on the bike but the swim and the run felt good considering. I think I coped well with the chop, the only thing that was an issue was the tether, it was sliding down my guides leg and slid down my (leg) three times. We had to stop three times as it was close to coming off my foot altogether. But otherwise it was good, I like the swim rough. “

This weekend with see a WPE in Besancon (France) with Australians Matt Brumby (PT1) and Jeremy McClure (PT5).