Australia dominated the Gisborne Oceania Junior races with the green and gold race suits taking out five of the six podium spots across the two races in what was the final event of the Scody Australian Junior Triathlon Series.

The Junior Women saw WA’s rising star Jessica Claxton power home for her first victory from the ACT’s Ellie Hoitink and Queensland’s Zoe Leahy and in the process leaving some of the pre-race favourites in their wake. 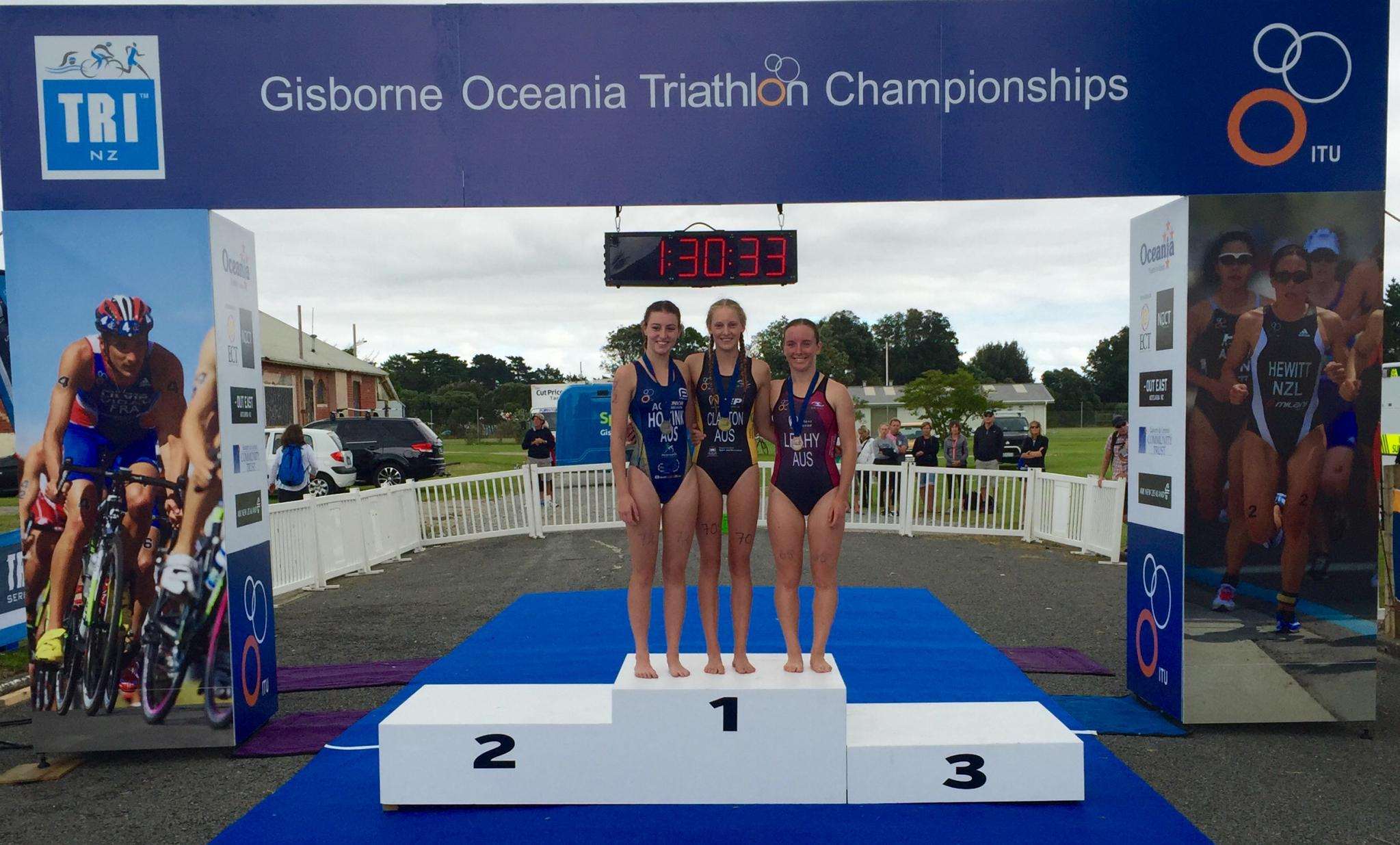 Series leader, Queensland’s Sophie Malowiecki finished fifth after playing catch up out of the swim and in the second chase pack on the bike but it was still enough to win her the AJTS with 45 points from Claxton (38) and Hoitink (37).

In the Junior Men it was Queensland’s defending champion, two-time winner and Series champion Matthew Hauser who maintained his 2015-16 dominance from New Zealand’s Dan Hoy and the steadily improving WA star Liam McCoach. 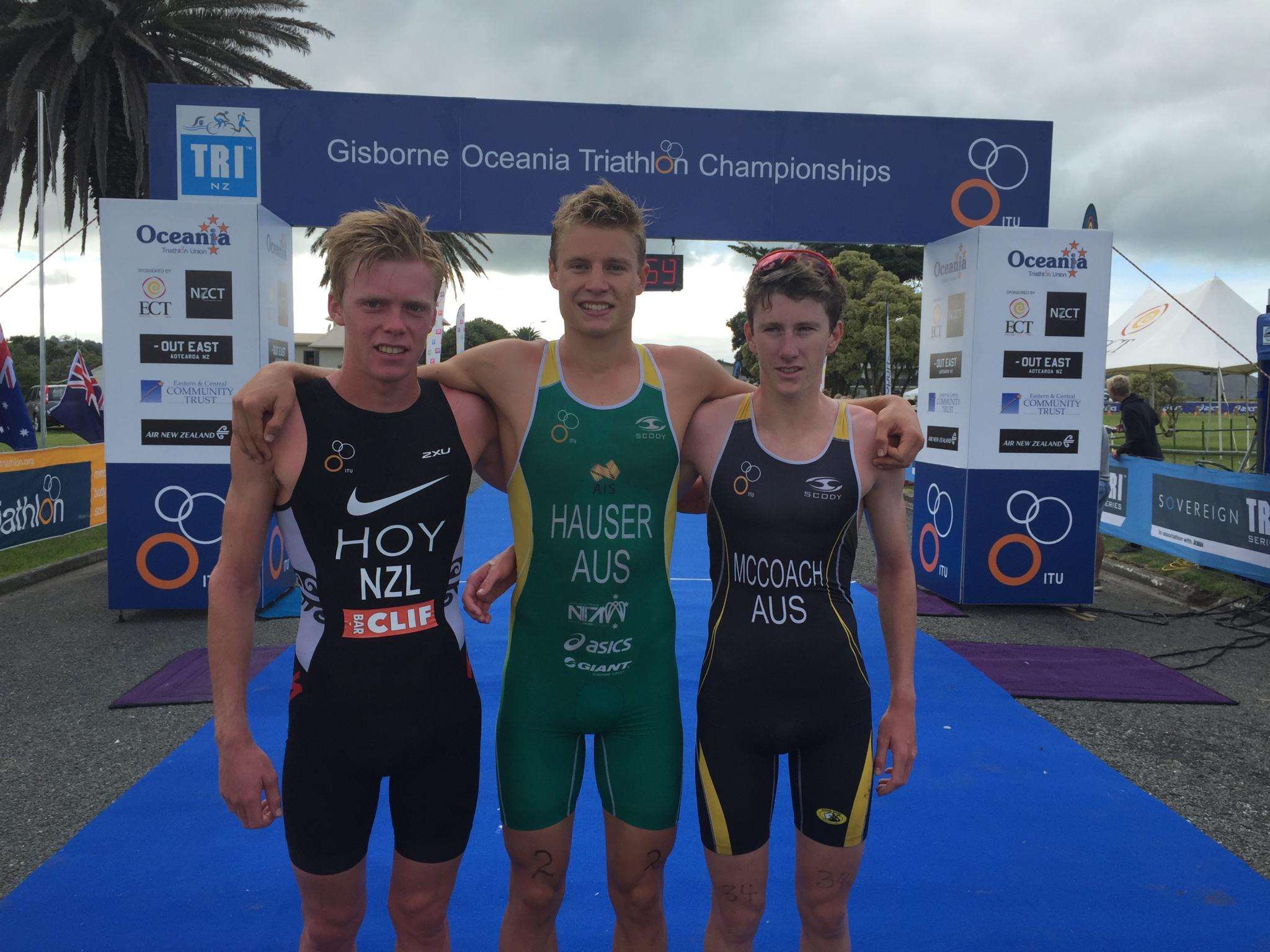 On a calm and overcast morning, the Juniors set off in the East Coast ocean surf swim from the race headquarters at Churchill Park, with the surf relatively small and not causing too many problems for either the men or the women.

In the men’s race it was New South Welshman Nathan Breen who broke clear thanks to riding a wave into the beach but his lead was short lived as two evenly sized groups formed on the bike, with about 20 seconds between them for much of the early going.

On a relatively flat and open course though with no chance to ‘hide’ from the chasing pack, the two groups came together for a busy transition to the run and from that point it was Hauser and Hoy who took control before the Aussie made a break at the midway point to claim gold.

Hauser reflected on a tough race against a familiar opponent in Hoy.

“That was a tough one, my last race of the season so I just wanted to have a good crack today,” said Hauser.

“Daniel Hoy pushed me through that run but I managed to attack him and get a good gap before the finish.

“I will be building up towards the World Championships now, I will go home (to Hervey Bay) and spend a bit of time with my family and then head back to the Gold Coast and back into training.”

In the women’s event there were two distinct groups of nine out of the water and that is the way they stayed throughout the bike, with the chasers not able to make any impression despite having pre-race favourites, well-credentialed Youth Olympic champion Brittany Dutton and Malowiecki in their ranks.

That essentially decided where the medals were going to go, with Claxton the strongest on the run, holding on to win ahead of her more fancied team mates.