The pair wrapped up their titles, Hauser, the 2014 winner, for the second time and Malowiecki her maiden championship at the Oceania Championships in Gisborne on Saturday.

Hauser, who left his home town Hervey Bay to move to the Gold Coast at the start of the year, won three of the four events, his only glitch coming when he snapped his bike chain at the Robina race in January. 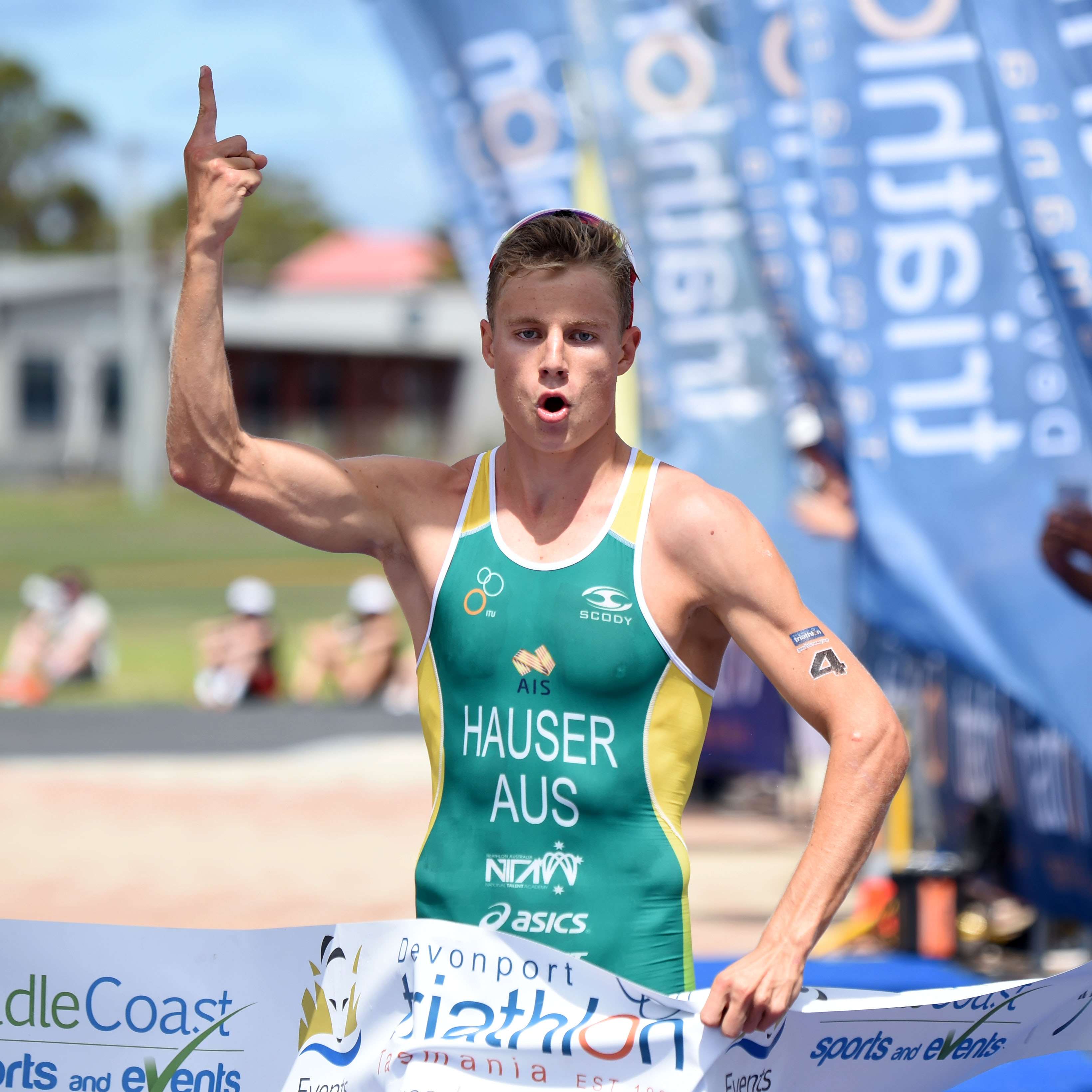 The 18-year-old started the season with a victory in the Canberra race, before the mishap which saw him lucky to escape serious injury on the Coast and the back-to-back triumphs to take the Australian championship in Devonport and then his third Oceania title in Gisborne.

In the end Hauser took the title on 55 points from the WA’s Liam McCoach (40pts) who stormed into contention with two outstanding efforts in Devonport and Gisborne with Hauser’s training partners Kye Wylde (30pts) and Jack Van Stekelenberg (28pts) third and fourth respectively and last year’s Youth champion Lorcan Redmond, forced out of Gisborne with a flat tyre, fifth (23pts).

Malowiecki dominated the Series – winning in Canberra, Robina and Devonport, before her fifth place to WA’s Jessica Claxton in Gisborne.

The 18-year-old breaks the Hedgeland sisters four-year stranglehold on the title, providing the engraver with a new name for the first time since 2011.

Malowiecki finished the season on 45 points from Claxton (38pts), Ellie Hoitink, who was second in Gisborne in third on 37 points with Queensland’s Leahy twins Elle and Zoe fourth and fifth respectively on 33 and 32 points. 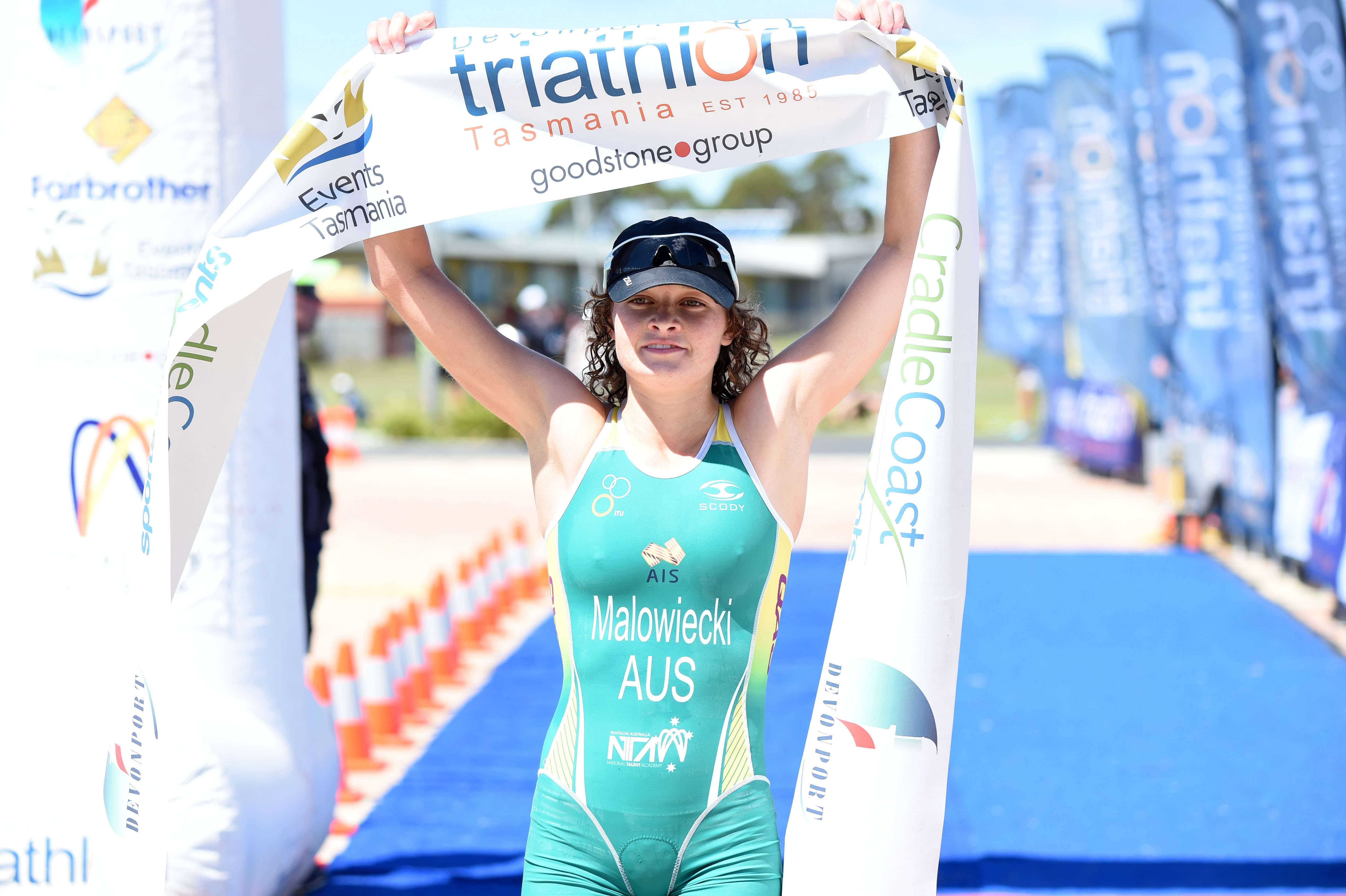 In the Youth category it was SA’s Charlotte Derbyshire who remained unbeaten through Canberra, the Gold Coast and the Australian Championship in Devonport to wrap up the Girls title on 33 points from QLD’s Keely Whittaker (26pts) and WA’s Abby Ouwendyk (25) with VIC pair Karolina Czajkowski fourth on 21 and Brooke McCullough fifth on 17pts. 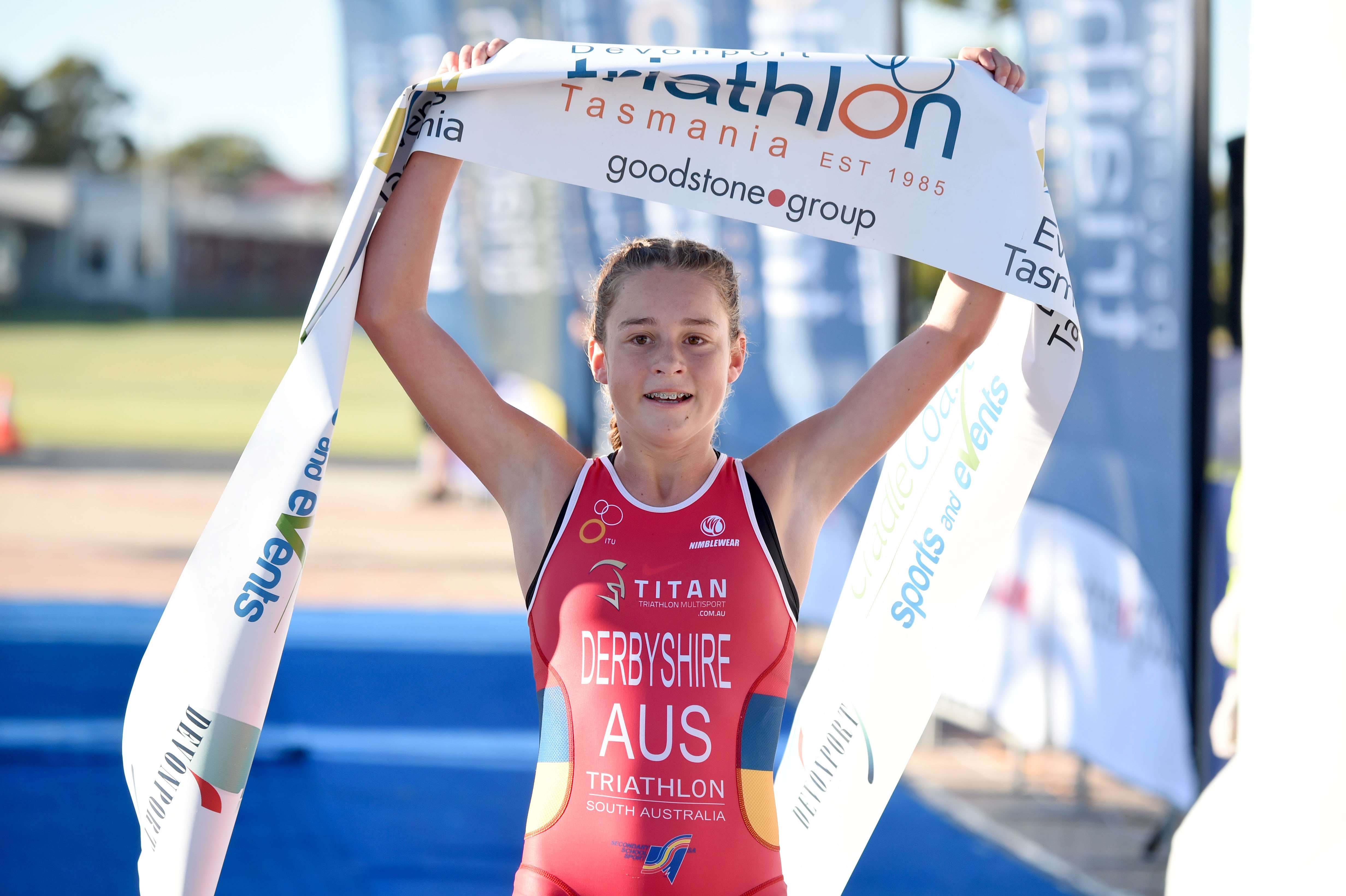 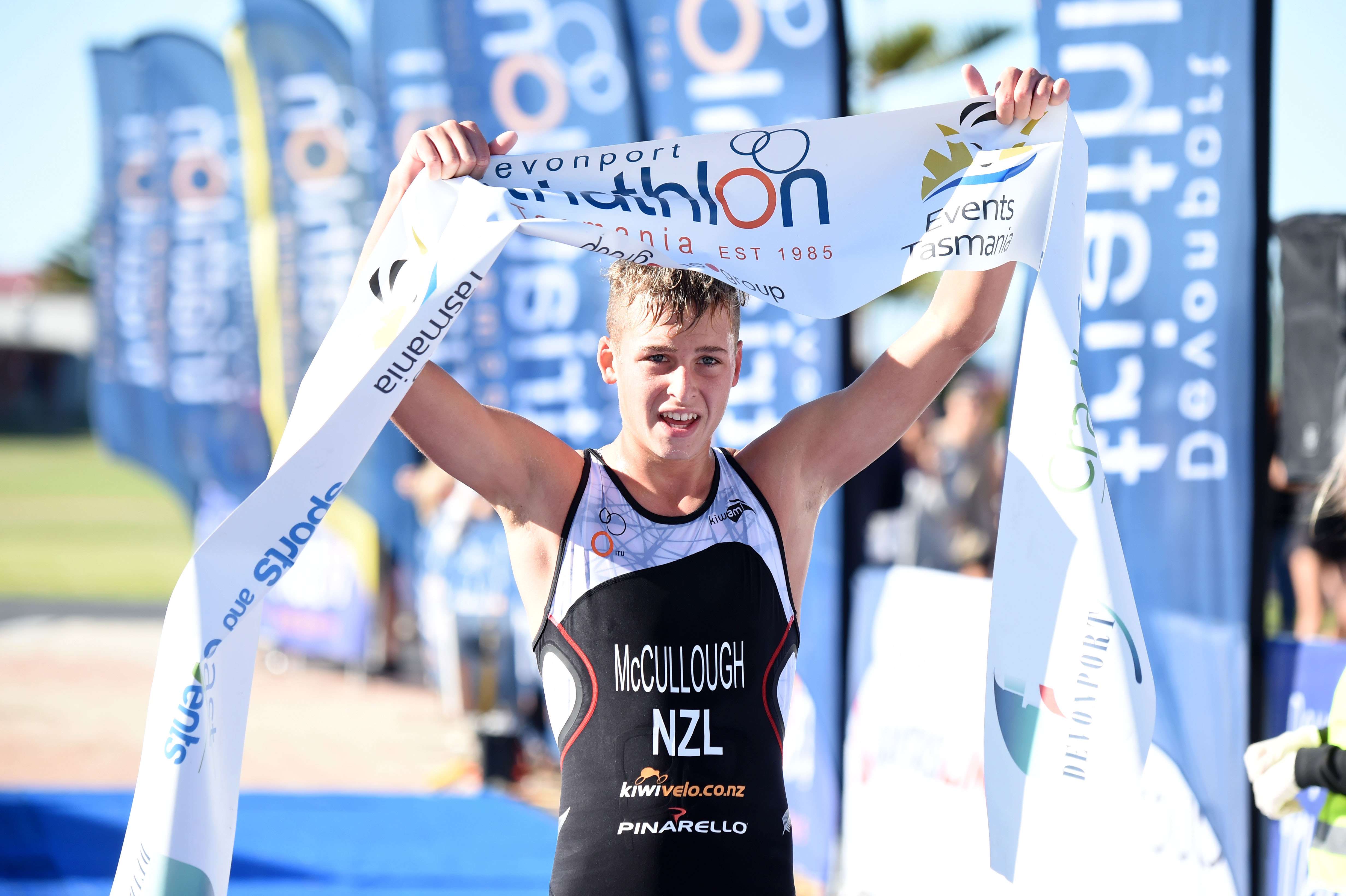 The top 3 placegetters will be invited to attend the Triathlon Australia Celebration of Champions Annual Awards Dinner on the Gold Coast in April to receive their series trophies.

Meanwhile the annual Trans-Tasman Triathlon Challenge (AUS v NZL), run in conjunction with the Oceania Championships saw the combined ACT/VIC team of Ellie and Grace Hoitink and Matilda Vidler win the Girls event from the two New Zealand teams, while in the boys it was the Kiwi foursome of Liam Ward, Dan Hoy, Trent Dodds and Bradley Cullen, who won the day over ACT/SA with Victoria third.

“We have once again seen a very high standard of competition across the board from our Junior and Youth competitors in 2015 and 2016,” Redman said.

“The quality and the quantity has been outstanding and there is no doubt the future of Australian triathlon is in very exciting hands.

“The athletes were outstanding but there is no doubt they could not have reached the start lines across three States and New Zealand without the support of their families, coaches, clubs and State associations.

“A select few of our Juniors will be named on the Australian Junior Team for this year’s ITU World Championships in Mexico and on behalf of Triathlon Australia we wish the team every success.”