One of Australia’s most popular triathletes, Luke Bell will be literally waltzing for Matilda in his opening race of the year at IRONMAN 70.3 Geelong this weekend.

Bell, a double IRONMAN champion and winner of 14 IRONMAN 70.3 titles is glowing about his 2015 prospects now that he is fit, injury-free and a first-time father to daughter Matilda. 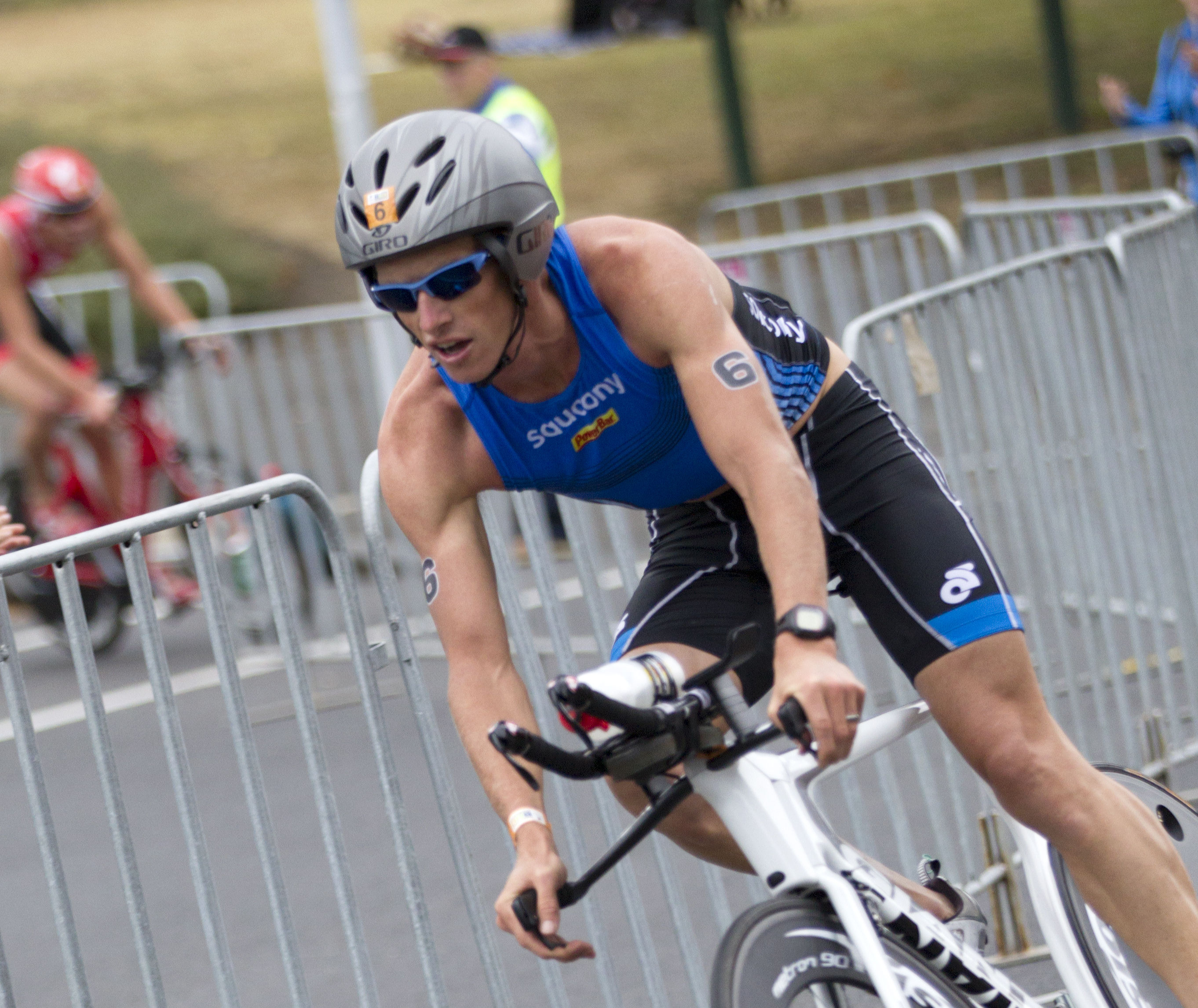 After spending much of 2014 hamstrung by injury, Bell is keen to get back into the winners’ circle and notch up his first win since becoming a father.

“Our new daughter Matilda was an amazing Christmas present, I will never complain about the pains of racing and training again,” he says.

Geelong is a race and a place that remains dear to Bell’s heart, not the least that the Geelong Cats are his favourite Australian Football team. And as an early season race, it is the melting point between IRONMAN and Olympic distances triathletes.

“I have fond memories of Geelong 70.3 as I was second in my last race there in 2013. I am very excited to get back and race in Geelong and on a course that I feel suits my strengths.

“Signs so far in training over the past few weeks have me excited about the 2015 season.“

He will have to account for a stellar field led by five-time world champion Craig Alexander who is chasing his fourth victory at Geelong.

The women’s race is shaping as a trans-Tasman battle between the in-form Kiwi mum Gina Crawford and Queensland-based Liz Blatchford.

Crawford, building towards next month’s IRONMAN New Zealand, had an outstanding second placing behind Meredith Kessler at the IRONMAN 70.3 Asia Pacific Championship in Auckland three weeks ago.

“I love racing this distance and it helps me greatly with my strength and fitness for the IRONMAN races,” says Crawford.

“I haven’t raced in Geelong before but it seems a tough course and it could be extremely hot and windy. Although this slightly scares me, I am also drawn to races in challenging environments which I hope helps my mental strength.”

It is the first outing for Blatchford after a break over Christmas and off the back of a training camp in Europe with her Uplace-BMC team.

Blatchford is therefore unsure of her form although she has the advantage of racing and training in Geelong before.

“I really don’t have much training under my belt but I can use the race itself as a good day’s training to bring me on and get me fitter. As long as I am realistic and don’t get disappointed with a non-perfect result, it isn’t too harmful. To be honest some days I would just rather race than train.”

Race day on Sunday 8 February has attracted more than 1400 age group athletes chasing their own personal bests, and qualifying slots for the IRONMAN 70.3 World Championships.

IRONMAN 70.3 Geelong begins in the calm waters of Corio Bay, the two lap bike course takes in Geelong’s picturesque waterfront and scenic countryside, while the run overlooks Corio Bay, including Eastern Park and the runner friendly paths along the bay trail.
IRONMAN 70.3 Geelong is proudly supported by the City of Greater Geelong, State Government of Victoria and Toyota.