In what is always a premier Series stop, Saturday will feature both the men and women over a sprint distance (750m swim; 20km bike and 5km run) while Sunday will see the ITU Triathlon Mixed Teams Relay World Championship (300m swim; 6.6km bike; 1.6km run).

Australia, second to France in last year’s Mixed Teams Relay, will name its team of two men and two women after the individual races.

The men’s Olympic trio will be joined on the start line by fellow Aussies, ITU under 23 world champion Jake Birtwhistle and Commonwealth Games representative Dan Wilson in a strong men’s contingent.

And while Hamburg is not part of the Games build up for the Olympic women’s team of Erin Densham, Emma Moffatt and Ashleigh Gentle, Australia will still have a strong women’s line up.

Triathlon Australia’s Performance Director Bernard Savage arrived into Hamburg earlier today with the bulk of the Australian contingent flying in from their Spanish training bases in Vitoria and Girona.

“They are coming off a tough month long training block followed by an easier week this week but the timing of Hamburg is perfect for those preparing for the Olympics with a hit out just five weeks out from Rio,” said Savage.

“The Australian boys all look in great shape and they will be looking for different things out of this weekend’s races. 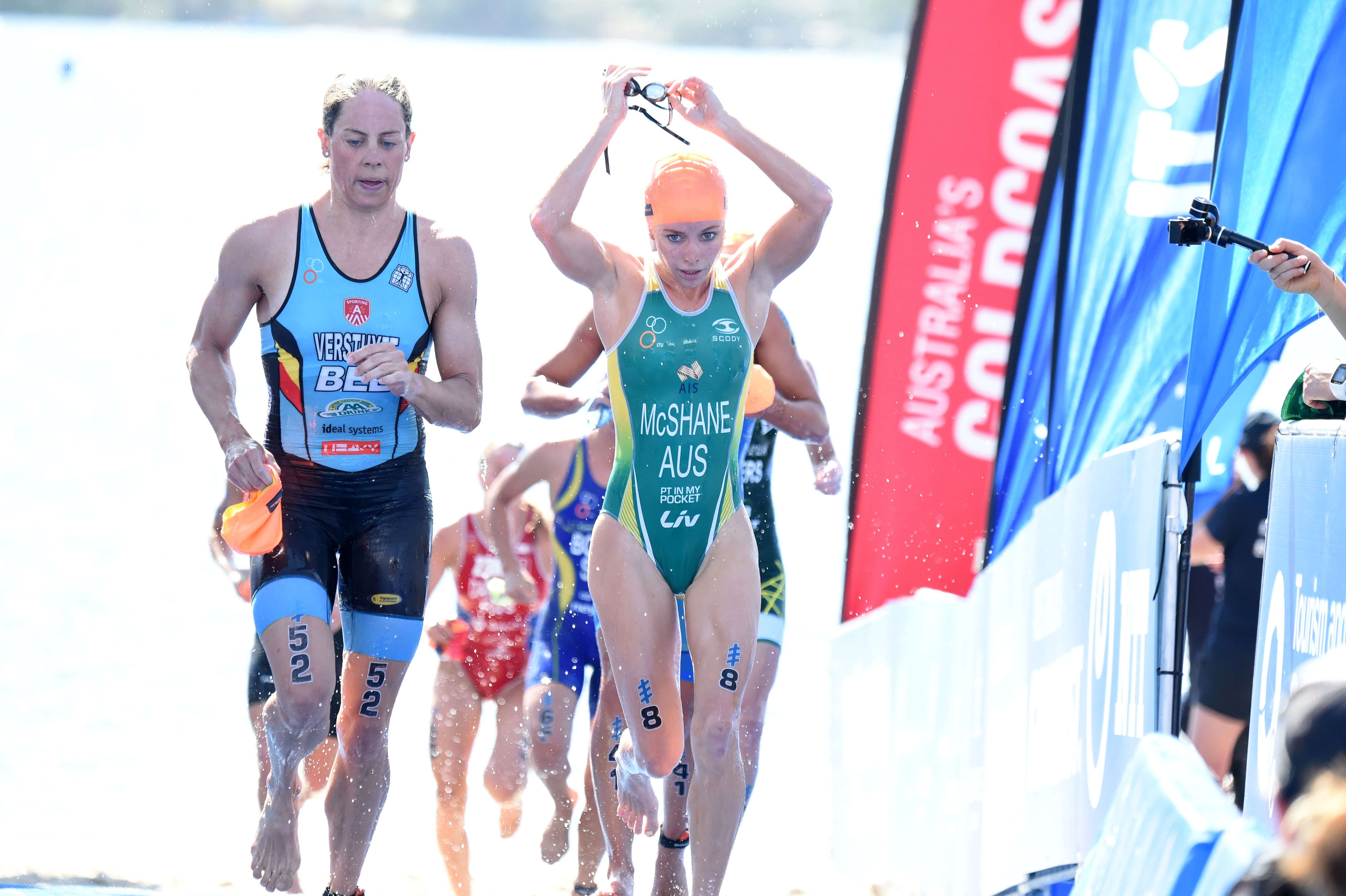 “Aaron and Ryan Bailie have been settled in their ‘home away from home’ in Vitoria for some time now in what is a ritual for them in the nomadic lifestyle of a professional triathlete.

“Ryan Fisher has only just completed his first week in Girona after arriving from Brisbane after his strong 10km race at the Gold Coast Marathon weekend so he is going well.

“Although there are some of the big names missing they are still strong fields and as always it will be on from the outset, especially being a sprint race format.

“It’s popular and is always a great race in a great city; the timing is perfect and I’m sure it’s going to be super competitive.”

Royle showed he means business, racing for as long as he could alongside the impressive Brownlee boys, Alistair and Jonathan before finishing third in the WTS round in Leeds last month with Bailie 10th.

Along with Fisher they have all been consistently inside the top 10 all season.

Meanwhile, Natalie Van Coevorden, delighted with her performance in Stockholm, where she was 15th, has given her insight in the Hamburg race.

“I will be back racing for my fourth year in Hamburg.  The course is fast but also super dynamic with narrow streets in town,” said Van Coevorden.

“The crowd is amazing and the atmosphere builds the hype of the race!

“I have had one of my best WTS results in Stockholm and I will like to keeping building the stepping stones back to the top level.

“Coach Jamie (Turner) and I have spoken about what I need to do to keep improving and Hamburg is a perfect opportunity to show it.”

You can watch the races live at triathlonlive.tv