In2Adventure are proud to announce that three times ITU World Para Triathlon Gold Medalist Justin Godfrey will take on the role as Para Triathlon Ambassador for the TreX series as he chases a fourth world title at the ITU Cross Triathlon World Championships to be held in Australia in November.

Justin, who is no stranger to winning on the world stage, is hot in pursuit of a fourth world title in what will be one of his toughest sporting challenges to date as he aims to continue his triathlon success, this time in the ‘Off Road’ arena.

Justin told us that “I am truly honoured to be named an Ambassador for TreX, I feel extremely privilege to be named alongside the likes of Ben Allen and Jacqui Slack, legends in the world of Cross triathlon.”

Justin was only in his early teens when a motor cycle accident resulted in his lower leg being severely damaged and after many years of trying to save his leg, Justin had to have his leg amputated. After being told he couldn’t do what others could, this became his driving force to “give everything a go.” After being introduced to Wheelchair Basketball and hurting his shoulder he discovered mountain biking, where he soon became addicted to the freedom that it offered and started competing in cross country and endurance MTB events. 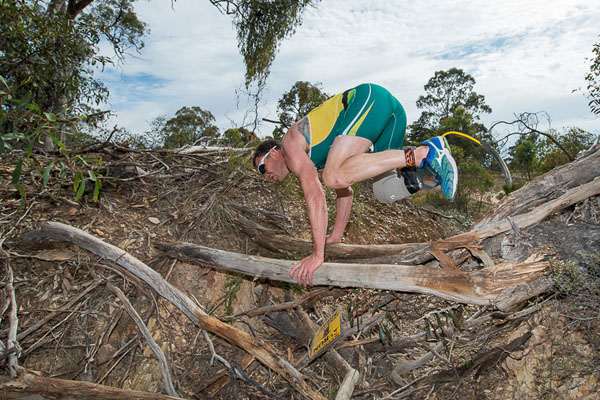 In 2012 he was approached by a local triathlon coach and this set him on the path to learning to swim, which was a challenge in itself as he had never swum competitively before and had most of his lat dorsi muscle removed in an operation attempting to save his leg. He had also never tried running since his amputation.

After a series of many challenges including more operations, perfecting all three triathlon disciplines, and trials both on and off the field, Justin went on to have many successes including winning three World Para Triathlon gold medals. He puts much of his success down to the unwavering support of his beautiful wife and two amazing daughters who have been on this journey with him every step of the way.

In 2015 he heard about Cross Triathlon which allowed him to couple his passion for Mountain Biking with triathlon and in February 2016 he was the first para triathlete to qualify to compete in the 2016 ITU World Cross Triathlon Championships in the Snowy Mountains, NSW. Justin told us that “Cross triathlon adds a new challenge especially in trail running. It includes real off road stuff like jumping over logs, running down rivers and through rock gardens. With a prosthetic running foot it takes a lot of concentration and thinking of where I’m going to step next. I am thrilled to be part of this amazing event and look forward to representing our country and
athletes with a disability.”

Event Director Robyn Lazenby told us that “The TreX Series is so proud to be associated with some of the sport’s very best athletes and Justin is no exception. It was so amazing to welcome Justin to the sport in 2015 at the Oceania Championships and we were so impressed with the way he tackled every challenge that Mother Nature threw at him in every discipline including the swim, a gnarly mountain bike course and a gruelling off road trail run.

When you take triathlon ‘Off Road’ it adds some all new elements and challenges that you just don’t experience when racing on road. The swim entry and exit can be rocky and muddy, the mountain bike keeps you focussed on every turn with rocks, rollovers, bridges, tight pinchy climbs and berms. And the trail run is fully off road on constantly changing terrain including river runs, mud, rock scrambles, crags, creeks, giant logs and pinchy climbs. To overcome such challenges is an amazing achievement in itself, let alone with the additional hurdles that racing with a
prosthetic leg presents. Justin doesn’t just complete a TreX course, he takes everything in his stride and totally demolishes it which has resulted in his overwhelming success in the sport.”

The ITU Para Tri World Champs will be hosted at Lake Crackenback Resort & Spa on Sunday 20th November and will include a 500m Swim, 12km XC MTB and 3.3km Trail Run. “We cannot wait til November and are so proud to have such an amazing athlete as Justin representing the TreX Series. We think that there may just be an Aussie Cross Tri World Champion in the making,” Robyn concluded.

The 2016 ITU Cross Triathlon World Championships and MultiSport Festival will be hosted in the Snowy Mountains from 18-20 November, 2016 together with the 5 stage Snowies MTB Festival from 25-27 November. The events are proudly supported by the NSW Government through its tourism and major events agency Destination NSW and sanctioned by the International Triathlon Union, the sole worldwide governing body of the sport of triathlon.

For more information and full event details go to trextriathlon.com.au

To find out more about Justin go to: trextriathlon.com.au/ambassador 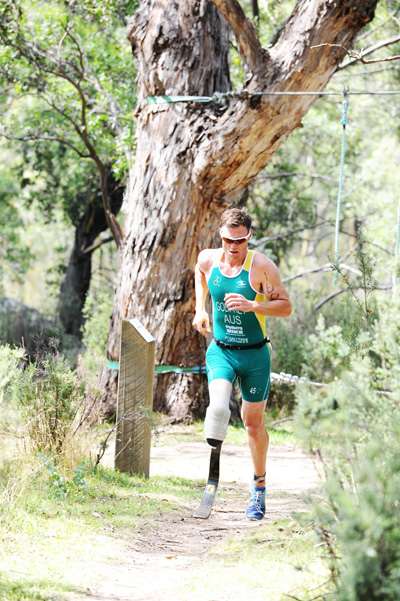