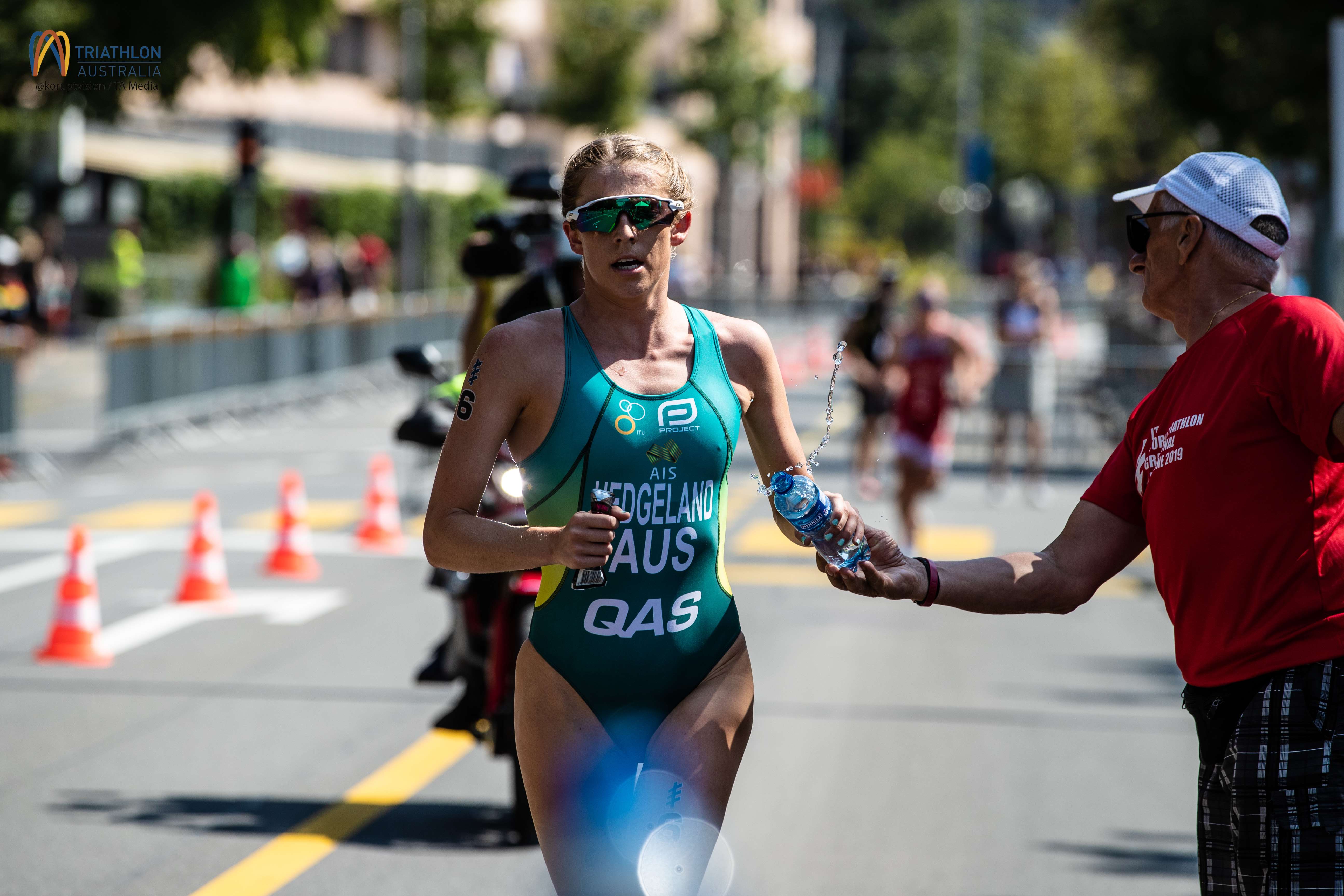 Canada has been a popular two-stop shop for the world’s leading elite triathletes in recent years, Montreal hosting the Eliminator Format over the Super Sprint distances and a 10-team Mixed Team Relay before Edmonton’s picturesque Hawrelak Park will be the venue for the Standard Distance World Series finale on August 21.

They will all be joined in the WTCF Australian Triathlon Team for Edmonton by NSW’s Luke Schofield who will step up from the World Juniors from 2018 alongside Hauser for the Under 23s World Championship which will also see Kira Hedgeland included as Australia’s lone female.

Copeland, the boy from Kingscliff on the NSW Far North Coast, who trains under coach Dan Atkins and alongside Hauser and the Hedgeland girls on the Gold Coast, will make his World Triathlon Series GF debut.

While the Sunshine Coast's former lifesaving champion, Perkins will celebrate her selection in her first Elite WTCF team after her previous Under 23s inclusion.

Hauser, 24th in a tough Toyko Olympic debut, has been in Clermont, Florida, just out of Orlando training with Jaz Hedgeland, McShane and  Copeland as they prepare for the Canadian two-stop.

“It's been great to sustain the momentum of work post Tokyo with a good little training group and it has really helped push past the disappointment and mixed emotions of my Olympic debut,” said Hauser from Montreal today.

“I want to give Montreal a red hot crack in which the format of racing really plays to my strengths.

“In 2019 I had my best WTS result here, finishing seventh and I'll be aiming to improve on that and really push for a top five this time around.

“The Mixed Team Relay on Sunday poses a great opportunity for Australia to get their swagger back (after a ninth place finish in Tokyo) and produce a strong performance as well.”

And he had some words of encouragement for training partner Copeland.

“Brandon has been a long time trainer partner and friend of mine and I don't think I've seen a more methodical and harder worker in training,” said Hauser.

“He deserves every success and opportunity he gets and with his Elite Grand Final debut in Edmonton, I think it's his time (for him) to cash in on his consistency and cement his place amongst the elite, I believe he's ready.”

For youngsters like Copeland, Perkins and Kira Hedgeland, the Canadian double-stop will be a major step towards bigger and better things in 2022 after impressive recent domestic results.

Perkins has made a real fist of her switch from surf lifesaving’s Ironwoman Series, despite spending a large amount of time sidelined with injury, with her most consistent season to date.

And her performance in the final domestic race of the season in Port Douglas, where she landed a win in the Oceania Triathlon Cup after splitting the Hedgeland girls Jaz and Kira in the Oceania Championship, landed her a place for Edmonton.

“That was (certainly) one of my better performances, that’s for sure, my third podium in the domestic season,” said Perkins.

“Making my senior elite team debut in Edmonton this year has been my major goal and the sprint distances certainly suits me.

“The swim is always crucial especially leading into the Commonwealth Games (next year) where the Brits are very strong in the swim and that’s really going to be the deciding factor for medals next year.

“At the moment that’s what I’m focusing on; trying to set my focus on Birmingham and a place on the 2022 Commonwealth Games team.

“It’s all about getting myself to become a strong swim, bike and run competitor so I have no weaknesses if I’m to make that team.

“Having three months out of the sport due to injury just 18 months after getting in to it was really mentally tough for me; to really keep pushing to build myself back post that.

“It definitely hasn’t been easy; good results really make the struggles worthwhile and I can (finally) see myself having a real future in the sport.”

And for Copeland, he too has set his sights on Birmingham and is on the record as saying:
“For me personally I am sort of looking at 2022 Commonwealth Games and 2024 Paris Olympic Games, I think that is when I will be hitting my peak so that’s the real goal for me at this point.”