Geelong, VIC. (February 7, 2016) - For the first time in the IRONMAN® 70.3® Geelong triathlon’s history, the men’s race was won by someone whose name was not Craig Alexander, with young gun Jake Montgomery claiming his first 70.3 win. 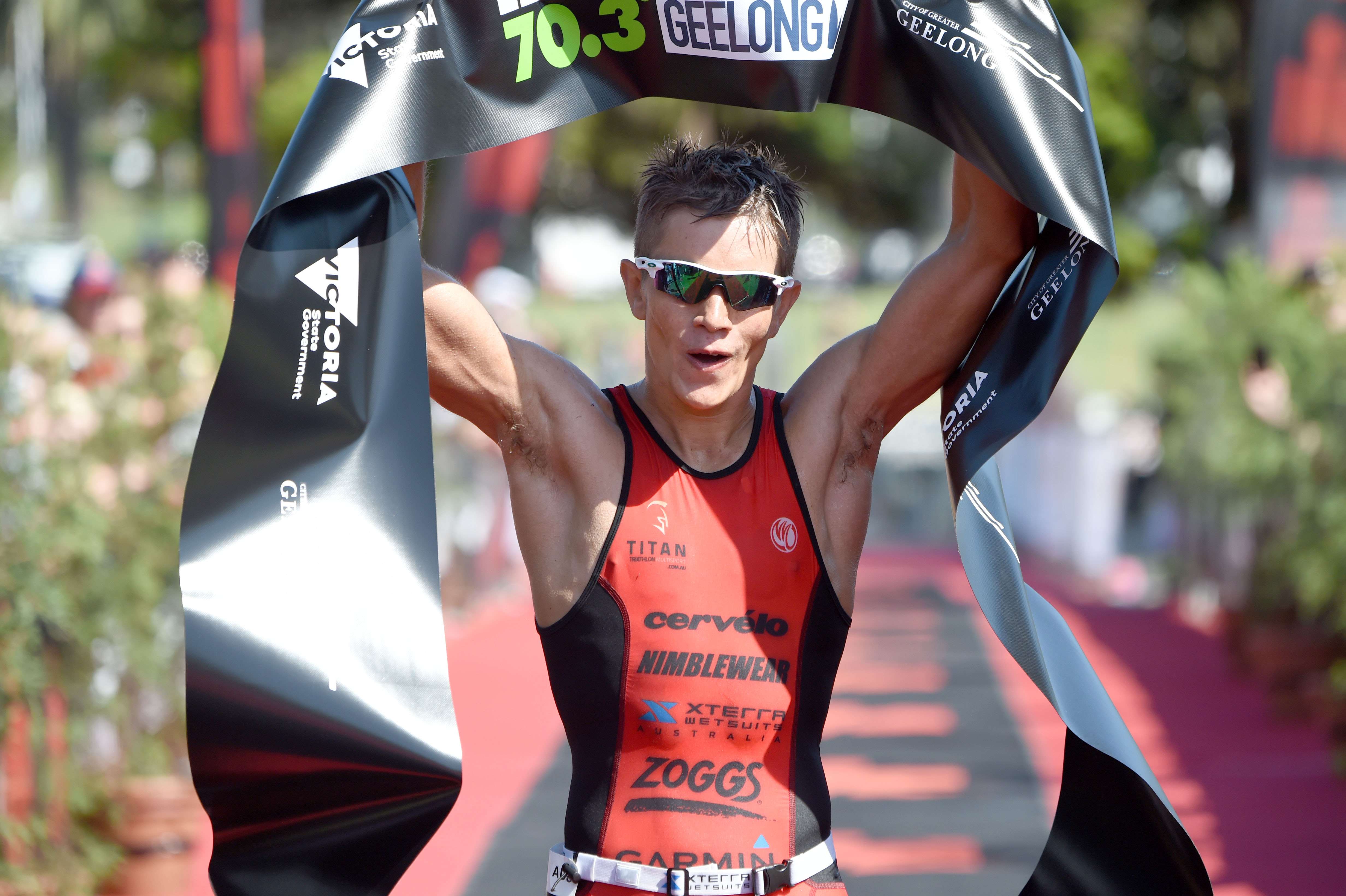 Melissa Hauschildt took the women’s win in a new course record of 4:14:28.

Montgomery was twice the bridesmaid last year, passed late on the run at both IRONMAN 70.3 Mandurah and IRONMAN 70.3 Western Sydney to have victory snatched from his grasp, but not this time.

“That was a huge relief, I’m so happy to get my first win. I didn’t think I had it until I came up that finish chute,” Montgomery said. “It was awesome, I wanted that win really badly. It was great the spectators were awesome I heard my name a lot out there.”

After an injury-ravaged 2015, Hauschildt began the year with a commanding victory over fellow Australian Annabel Luxford and Czech Radka Vodickova.

“That was a hard win, I felt average all day, it was almost like I had a cramp from the start of the swim,” Hauschildt said.

Montgomery, 21, and Josh Amberger, fresh of a second place at IRONMAN 70.3 Dubai, stamped their authority on the race from the gun, exiting the swim together, then both breaking the bike record of 2:09 by over two minutes, before France’s Cyril Viennot overtook Amberger late in the run to finish second.

“Josh and I went hard on that bike, it was a really good bike ride, I was happy with that,” he said of his 2:06:18 bike course record.

A mechanical issue with his bike forced defending champion Craig Alexander to retire late in the bike ride.

Chasing three 70.3 titles in a row after finishing 2015 with wins at IRONMAN 70.3 Western Sydney and IRONMAN 70.3 Ballarat Annabel Luxford was ten seconds ahead out of the water with Czech Radka Vodickova leading and first time Victorian professional Stephanie Demestichas in third. 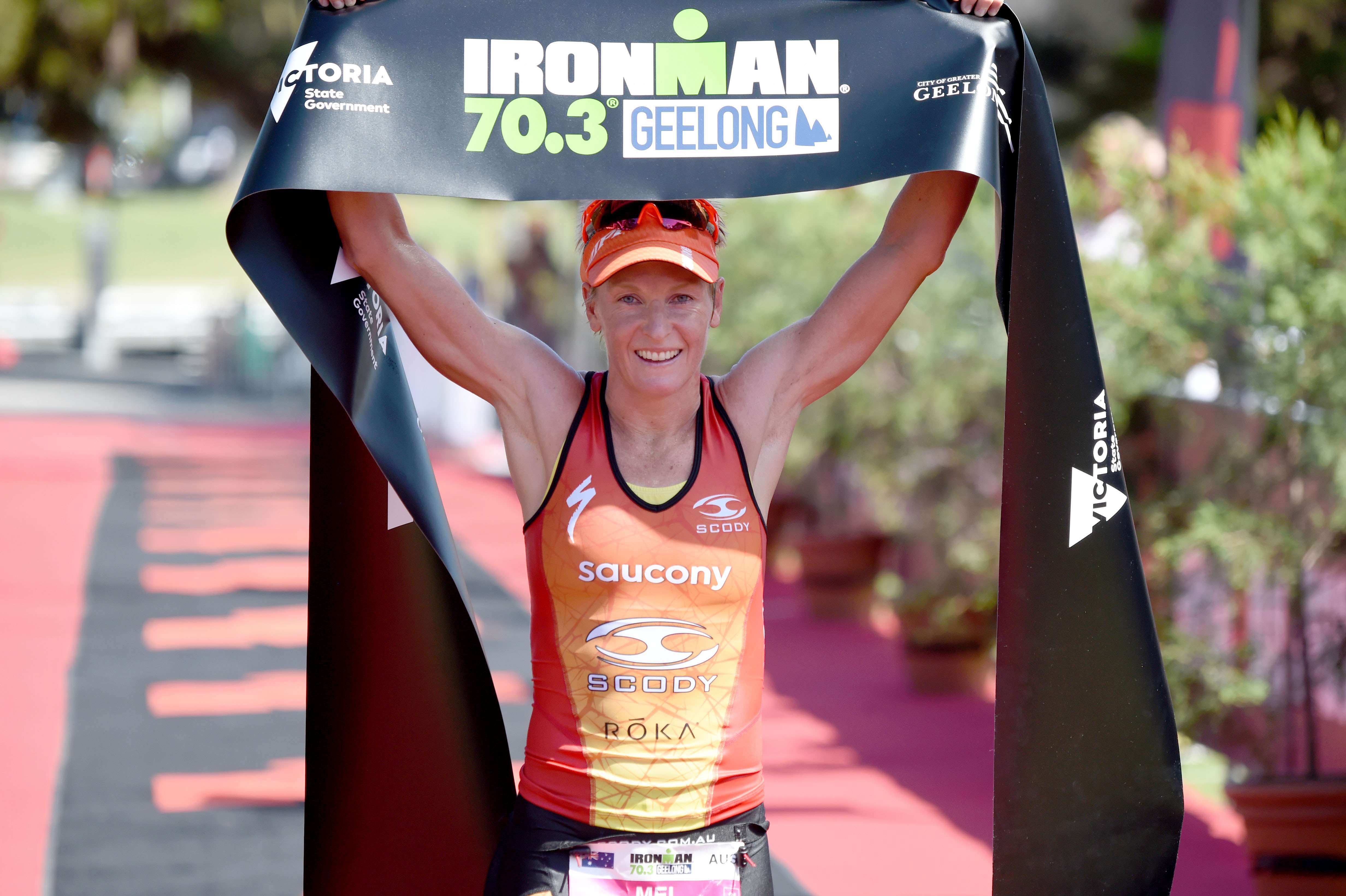 Hauschildt started the bike with a 2:45 deficit, which by the end was all but gone as she exited transition ahead of Luxford, with Lisa Marangon in third and Vodickova in fourth.

Onto the run, Hauschildt went from strength to strength eventually winning by just over six minutes.

While it looked easy for the two-time IRONMAN 70.3 World Champion, it was anything but with cramps almost forcing her to withdraw.

“I wanted to quit that race so many times, but I’m glad I toughed it out. I have a training camp up in Falls Creek and I thought if I win here the training will be so much better,” she said.