They spoke glowingly of their final Olympic race and their celebrated careers as they made their way through the competition zone following a brutal day in the office.

Densham, in particular was “limping tall” after struggling through the final 2.5km on the run, finishing with a combination of “aching hamstrings, blisters, soreness” and as the 31-year-old said with her shy laugh “old age.” 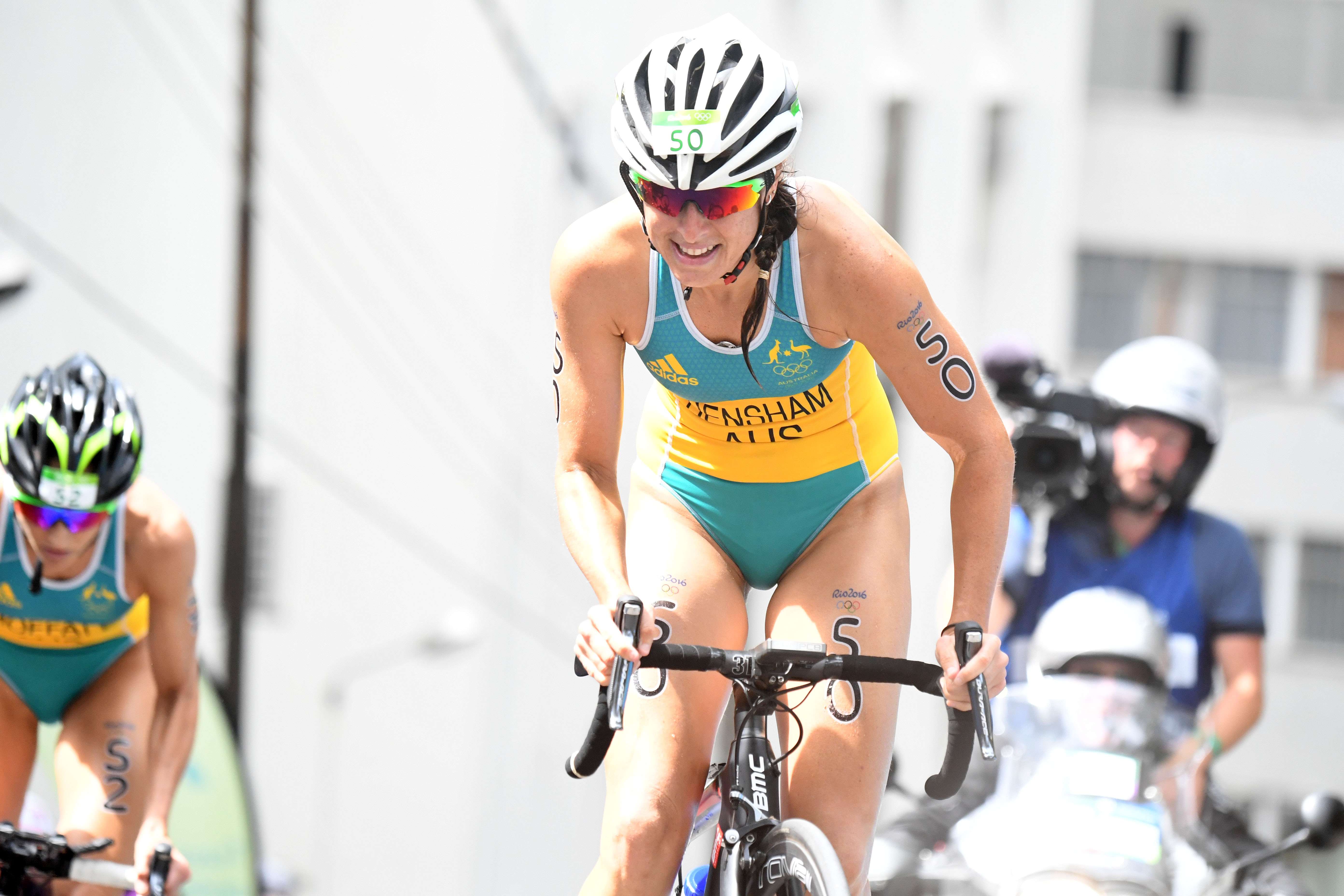 The Olympic bronze medallists, Densham from London 2012 and Moffatt from Beijing 2008 did Australia proud finishing sixth and 12th respectively to celebrate their Olympic swansongs.

Australia’s third competitor, Rio debutant and exciting Tokyo prospect for 2020, Ashleigh Gentle, 25, hung on for a commendable 26th in a field with arguably the best depth of any previous Olympics.

Moffatt, also 31 and Denham put themselves in the game from the outset, both exiting the water after the 1500m swim very much in the firing line – ensuring they were right in the front group for the brutal 40km bike course.

When the leading group settled after the first kilometre a group of 18 set up what would be an intriguing battle for the medals and survival in the oppressive Rio conditions. 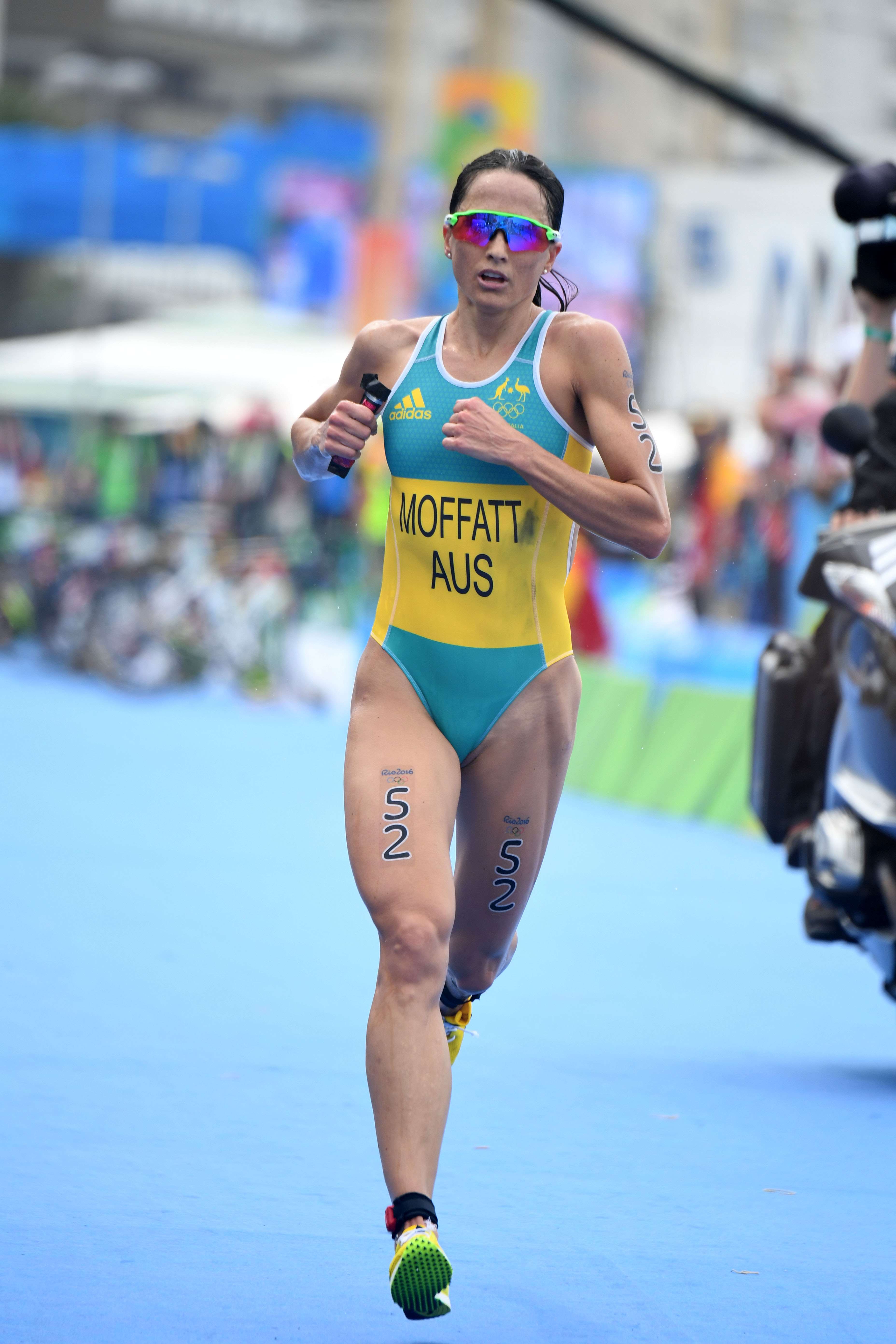 The pack, which also included Spirig, Great Britain pair Vicky Holland and Non Stanford and Chile’s ageless Barbara Riveros, stuck together like glue, even up the steep climb that became the major factor in this true triathlon test.

And once onto the run the big questions were: Could anyone run with Jorgensen (almost unbeatable over the past three years)? And who would fill the podium?

It became clear quite quickly that Spirig, who has rarely been sighted since London with injury and time off to have her first child, that she would not give up her crown lightly.

Jorgensen and Spirig ran shoulder to shoulder for eight kilometres often exchanging words “on tactics” until the lanky yank, the jewel in Australian-based coach Jamie Turner’s Wollongong-Vitoria (Spain) squad took off to steal the one title missing from her career – Olympic gold.

Spirig had no answers but hung on bravely for silver and it was Holland who outsprinted Stanford for the bronze, with Riveros a plucky fifth followed by a smiling Moffatt.

“I’m really happy with coming away with sixth today. I knew it was going to be a hard race but I didn’t really expect to go that well – there’s a lot of quality athletes that get on the start line so yeah I’m really happy with how I went.,” said the Gold Coast-based Moffatt.

“I think there was a few demons with me still from London (where I crashed on the bike) and that was a course I wasn’t worried about, but coming here and going up and down that hill was one of my demons I had to face.

“I practiced it at home I guess – going on similar hills and replicating what I could and working on my bike skills, so I was very relieved to get off the bike and onto the run with no bruises or blood.

“Coming away with sixth place is probably more than I expected so yeah I’m really happy.”

Densham, who has based in Victoria, Canada and who admitted before the race she’d had a tough four years since London said: “I’m so happy with that..the last four years haven’t been great.

“To finish my third Olympics the way I did I couldn’t be prouder.”

Gentle didn’t have the race she was hoping for, trailing out of the swim and missing the lead pack and she struggled to keep in touch, battling on to finish in 26th but certainly buoyed by the support from her team mates and the team. 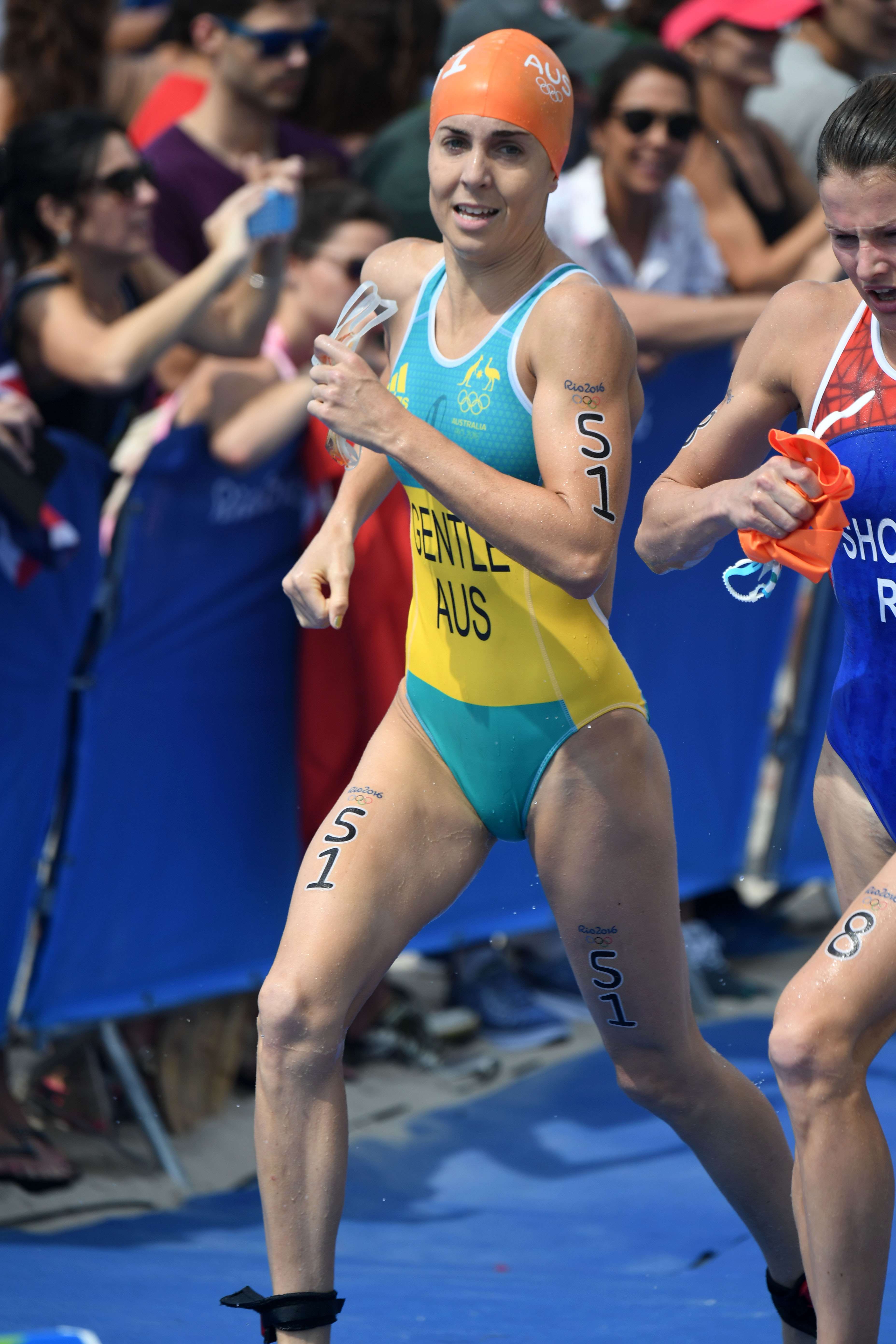 "It wasn’t the result I was after but I have to be honoured to be part of this Olympic team and to have such team mates like Moffy and Erin to share this experience and to learn so much from them,” said Gentle.

“I knew what I had to do coming in and I worked hard on the swim but it didn’t work out but I’ve got four years to put it all together for Tokyo and I will take this experience with me for the ride.

“I’ve got a few more races to go this year to finish the year on a good note.”