MOOLOOLABA, Qld. (August 31, 2016) – As a mother, Allison Appleton has guided, given advice to and raised her four sons to believe they can achieve anything in life.

On Sunday at the IRONMAN 70.3 World Championship in Sunshine Coast, she will be the one after some guidance as she and son, professional triathlete Sam Appleton, both chase their first world titles.

It’s hard to work out if Allison, 57 from Port Macquarie in NSW, is more excited about racing at the IRONMAN 70.3 World Championship, or racing with her son.

“Racing with Sam will be awesome! I have always said I want to race the IRONMAN 70.3 World Championship with Sam but never thought it would happen so soon and on home soil,” she said.

“I raced alongside Sam in a few races earlier in his career as an IRONMAN 70.3 athlete, but not for the past couple of seasons as he has spent a lot of time overseas. I love it when we are in the same race – he usually ‘high fives’ me as he is running toward the finish shoot and I’m about the start the run leg,” she said.

When it comes to sporting pursuits children more often than not look at what their parents do and follow in their footsteps. This was partly true in the Appleton household with Sam and his brothers following their mum into the pool. But when it came to triathlon, it was Sam who was the trailblazer, moving from the pool to triathlon at the behest of his swimming coach.

“All four of my sons were great swimmers as young children which I encouraged as I have always enjoyed swimming for as long as I can remember. Sam first got interested in triathlon around the age of 12 and I was the kind of mum who always wanted to join in rather than sit on the sidelines and watch, so I got involved alongside him – we both started out and developed our love for the sport at the same time,” she said.

The biggest tip Sam gives his mum, is not around racing, but involves training.

“I tend to overtrain leading into an event and he’s always telling me to keep things simple,” she said. “I also ask him for tips on how to swim better in particular – I watch him glide through the water and can’t understand why I can’t do that too!”

Alison has spent nearly 12 years involved in triathlon, notching up her fair share of highlights in that time, including several national titles, and qualifying and racing at the IRONMAN World Championship in Kailua-Kona Hawaii, but racing with Sam at a world championship event at home might just take the cake. “As soon as I realised the IRONMAN 70.3 World Championship would be in Australia, it became a focus for me. Competing is going to be a very special event with all our family and friends there to share the experience with us,” she said.

As proud as Alison is of Sam’s ability as a professional triathlete, she’s even more proud of the man he has grown become.

“I can’t begin to express how proud I am of him. He has had a lot of success on the triathlon circuit recently but I am more proud of how he handles himself. He remains humble and does not have a scrap of arrogance about him. Not only is he a great athlete, he is a great guy,” she said.

The naturally refreshing Sunshine Coast is the host region and official destination partner for the 2016 IRONMAN 70.3 World Championship, which is supported by the Queensland Government through Tourism and Events Queensland’s It’s Live! in Queensland major events calendar. 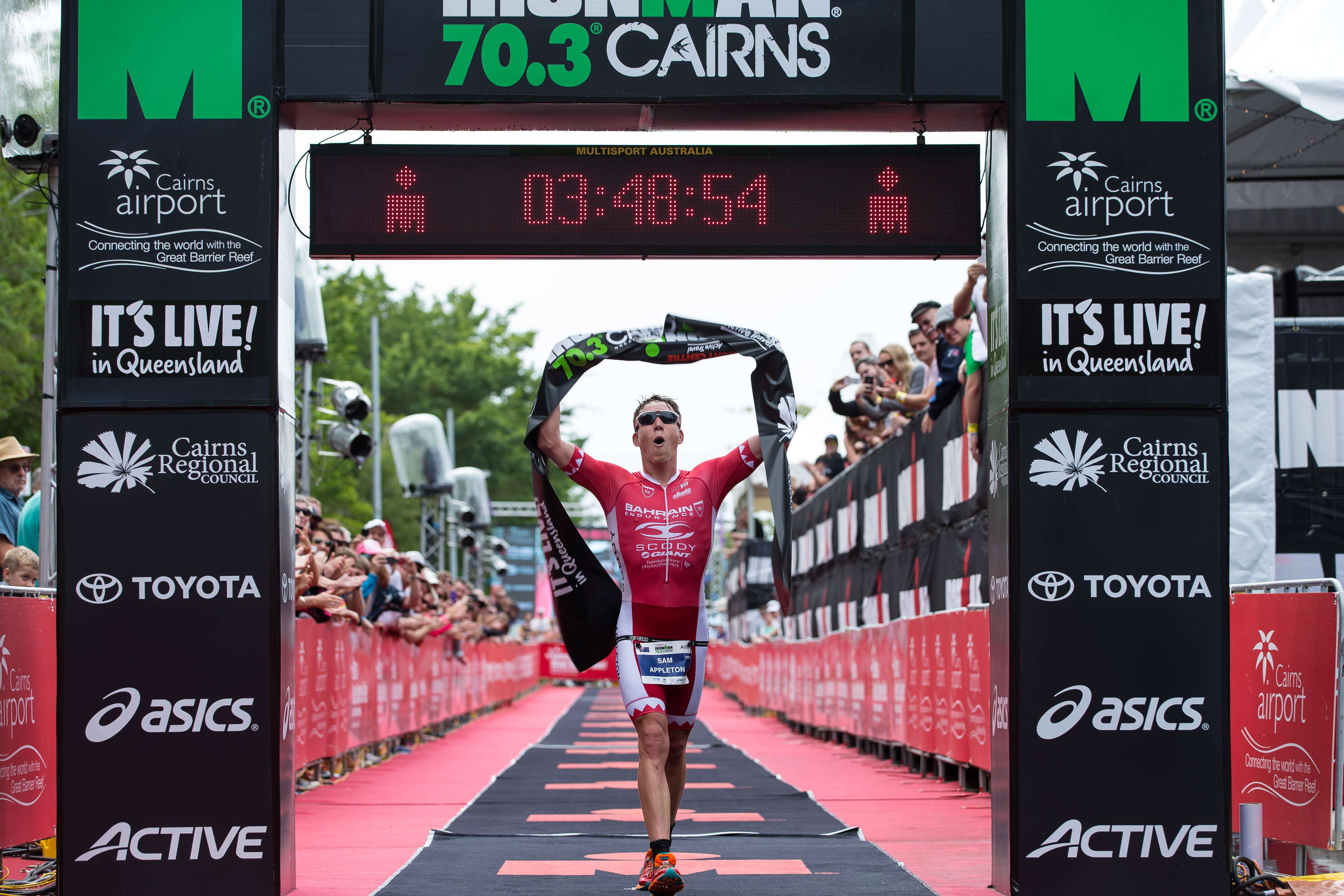