Triathlon Australia is thrilled to announce the induction of triathlon great, Nicole Hackett, into the Hall of Fame this year. Nicole will be formally inducted at the Celebration of Champions Annual Awards dinner, hosted by Triathlon Australia on the Gold Coast on Sunday 12 April following the WTS race. 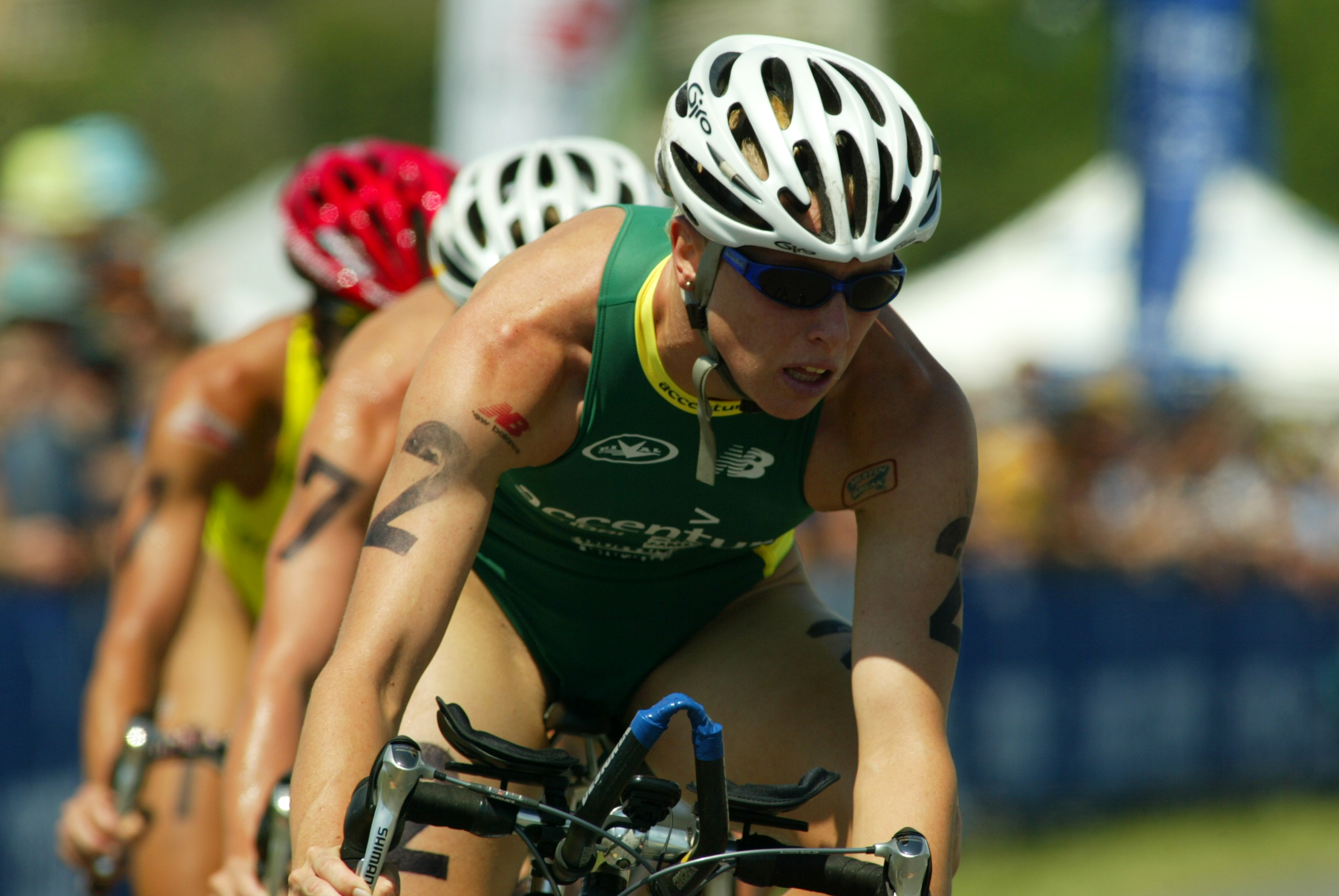 Nicole Hackett hailed from the NSW Central Coast and came from a Surf lifesaving background. Introduced to triathlon by fellow Central Coast surf lifesaver Melanie Mitchell, Hackett was attracted to the demanding nature of the sport. In late 1994, while still school students, Hackett and Mitchell both qualified for the first women’s Triathlon Grand Prix (Formula One) series. Strong swimmers they became key participants in the race-from-the-front strategy that Harrop introduced in 1997.

Hackett seemed to find her feet in 1997, claiming junior gold at the Perth World Championships, and again in 1998. She maintained this momentum as she moved into the women’s senior ranks, winning the Formula One series in early 1999. She also emerged as a key member of a group of three women who pushed the race from the front strategy to its limits. Together with Harrop and America’s Barb Lindquist they developed a goal of working together to establish three minute leads by the end of the bike leg, then hold on as well as they could in the run leg. Over the 1999/00 season, Lindquist made the Central Coast her base and trained with Hackett, noting her seriousness, commitment and experience. Over the same season, Hackett’s performances notably strengthened, attracting comment from fellow athletes and the triathlon and mainstream media.

Hackett approached the first Olympic trial as the current Australian champion and two time Formula One series winner. She was the second Australian woman to finish in Sydney on a slippery and technical bike course that saw many other women struggle. At Perth, she was the first woman to cross the finish line, claiming the senior World Championship title. Soon afterwards, news broke that the course was actually two kilometres short, and many wondered whether Hackett would have been able to hold off fast-finishing Canadian Carol Montgomery had the course been the correct length. The race results were ratified, however, and Hackett retained her title and the place it earned her on the Sydney 2000 Olympic team despite a series of appeals against the selection decision. Having survived the appeals and reached the start line of the Olympic triathlon, Harrop and Hackett attempted to enact their usual race from the front strategy. The tight corners and looped course limited their ability to create a substantial break, but both remained in the lead pack and Hackett held on to finish ninth.

After a less controversial selection process, Hackett qualified for the Manchester 2002 Commonwealth Games triathlon. On that occasion she was the first Australian woman home, and finished on the podium in third place. Photos of the presentation ceremony show a quietly emotional Hackett. The Commonwealth Games medal possibly vindicated her selection to represent Australia at both the Commonwealth and Olympic Games. Hackett made a brief return to elite competition in 2004 after the birth of her first child but retired from elite competition the following year.

Other awards presented on the evening include:

Tickets for the event are on sale now, and can be purchased via the event website. Buy an individual ticket, or gather your friends and family and purchase a table of ten for a discounted rate. Click here for the awards dinner website >>

Biography from Jane E. Hunt, Multisport Dreaming: the foundations of triathlon in Australia