Cronulla was the birthplace of triathlon in Australia – a breeding ground for some of the sport’s greats – and none better than World Ironman champions “Macca and Crowie.”

And inspired by the best, 19-year-old Breen yesterday took a major step in his own career, winning the 16-19 years ITU World Age Group Sprint Championships in Cozumel, Mexico. 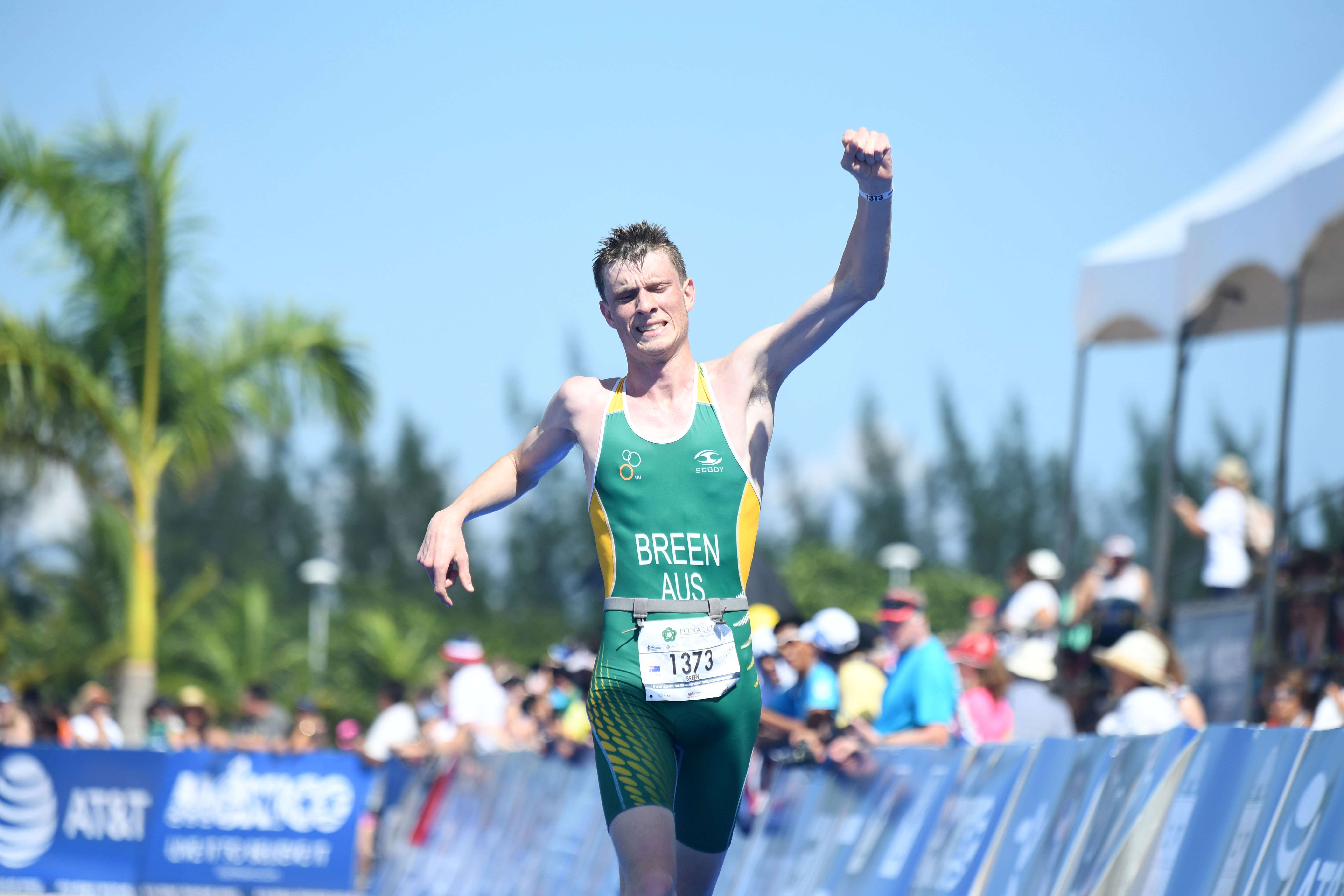 He was one of four gold medals won by the strong Australian Age Group contingent who weathered the oppressive hot and humid conditions with the celebrated former professional Jason Metters holding on to add another major victory tohis collection in the 45/49 years male division while Marge Mackintosh (35/39 years) and Karen Barrow (40/44 years) added gold in their respective female divisions.

But it was Breen, who put his hand up to signal the start of what could well lead to his own professional career.

At 13 Nathan’s parents would take him to the 9:30am school holiday swim sessions at Caringbah pool hosted by the two legends of the sport.

“I was told at the time they were world champions so I was pretty impressed with that,” a delighted Breen said after his win.

“I used to swim train with them in the holidays; they were so down to earth, reasonable and happy to pass on advice.”

Breen was always a strong swimmer and runner and didn’t start to master the bike until he turned 15, when his triathlon career kicked off.

But it was the determination to fire up and overcome the disappointment of his performance in yesterday’s 2.5 run; 1km swim and 2.5km run Aquathlon World Championship that spurred Breen on today.

“It thought it was really important to get a good hit out before my triathlon –to ensure a good experience in the heat before I backed up today,” said Breen.

“But in the end I was very disappointed actually; I thought I would go a lot better but I guess I made up for it today.

“Yesterday I tended to focus on the end result but today it was about the little things, the process,  and I think it paid off in the heat.

“Mentally I had a completely different mindset today; I was out there to enjoy it and to focus on those little things and I’d be happy with whatever the outcome was and as it was it was a good outcome.

“I had a strong swim, (the swim is usually my strongest) and I came out of the water with a 10 second lead and then on the ride there was a group of four of us who worked well together until about 15 kilometres.

“But then the chase pack of 10 riders caught us with five kilometres to go so there was now 15 off the bike (into T2.)

“My coach Mick Delamotte told me there were things on the run I had to focus on ‘shoulders relaxed, chin down and forward lean and I was thinking that the whole way through.

“I could hear the others breathing behind and I was thinking ‘keep control..keep control.”

Breen will be applying for his pro license when he returns to Sydney and he will then enter the under 23 National Series.

Breen will take a deserved week off before returning to Sydney University to continue his teaching degree in PE.

“I think its important to have a balance ... study gets your mind off training and vice versa,” said Breen.