London Olympian Brendan Sexton has given himself a huge confidence boost in the lead up to this year’s ITU World Triathlon Championships in Edmonton with a hard fought top ten finish in Chicago today.

Sexton, who has been working hard under coach Jamie Turner to get back to his best over the past two years, finished eighth in the fifth round of the World Triathlon Series run in oppressive heat.

Cameron Good also produced a solid performance to finish 18th after breaking away for the final three laps of the bike with New Zealand’s Tom Davison to lead going into the 10km run.

A noted runner himself Sexton had to contend with a strong field of runners, all chasing valuable points and his performance will be a huge confidence booster as he continues to get back to the kind of form which saw him qualify for the last Olympics. 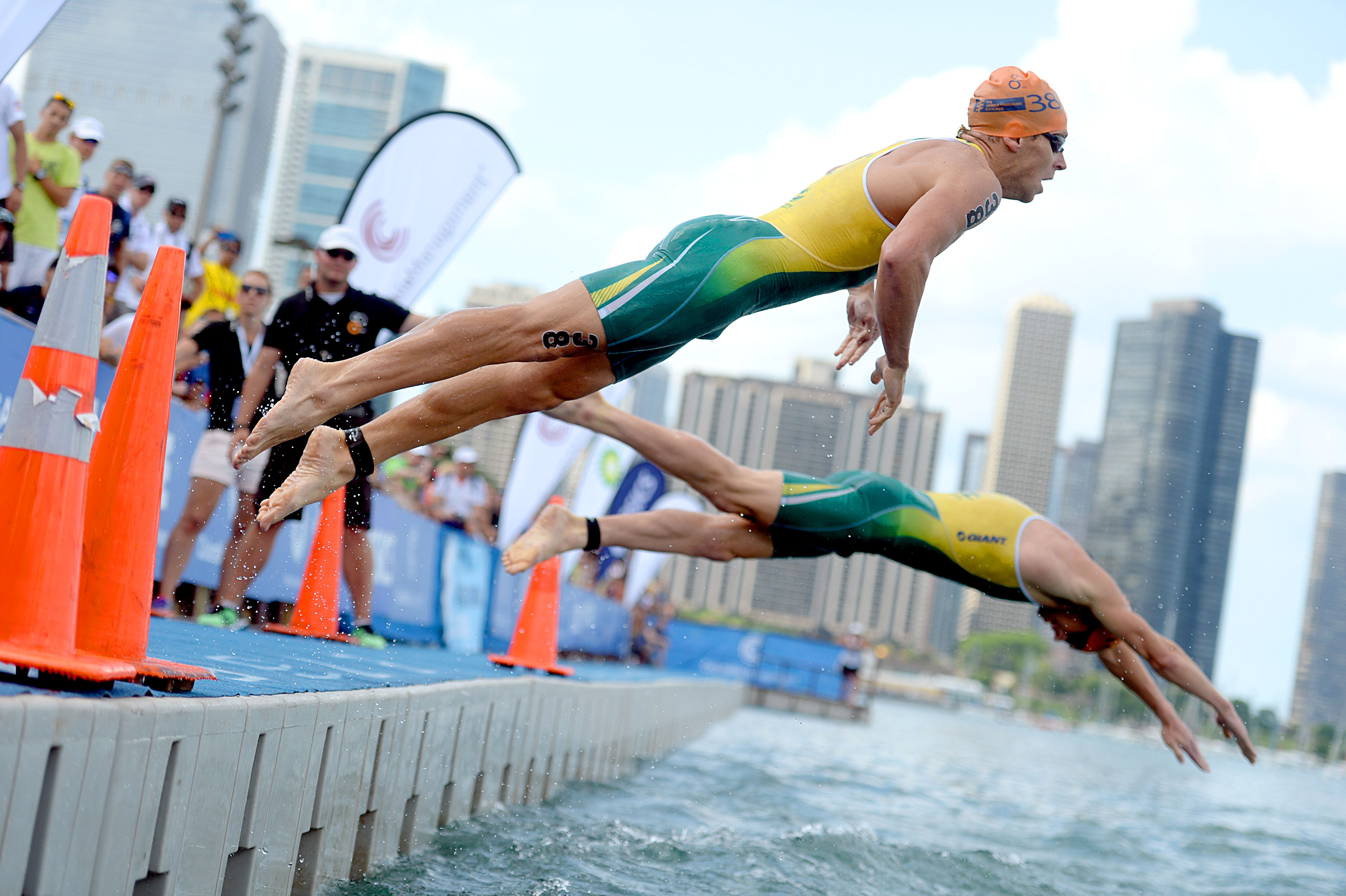 And it will go a long way towards earning selection on the Australian team for the ITU Triathlon Grand Final (Edmonton August 26-August 31) to be announced on July 28, two days after the triathlon events conclude in Glasgow.

“Brendan was fantastic and a top 10 finish was a good result for him,” said National Performance Director Bernard Savage.

“He ran really well and rode strongly and in the end it was his best result for a long time.

“With World Championship selection time fast approaching after the Hamburg (July 12-13) round it is time for these guys to put their best feet forward.”

But with the heat a real factor, survival was certainly on their minds.

The Newcastle-born Wollongong Wizard admitted that if he went with Gomez on the run, he would not have made the finish line.

“The first lap of the run felt like we were running so slow but everyone knew they had to conserve their energy,” said Sexton, who has been based in Vitoria with the Turner coached Wizards, which include Commonwealth Games representatives Ryan Bailie and Aaron Royle, who missed today’s race.

“When Javier made his move I knew had (no alternative) but to stay at that same pace and in the end it worked because I only just made it to the finish line.

“Normally I rate myself in the heat and I thought I would have a better chance of hanging in than some the other guys.

“We knew there were some good runners in that second group but not many people were willing to work and obviously a few got off the front and kept the chase group at bay.

“It was a tough course and we knew it was going to be tricky with all the turns and you couldn’t underestimate just how much the bike would sting your legs.

“There was a lot more torque through them than other courses.” 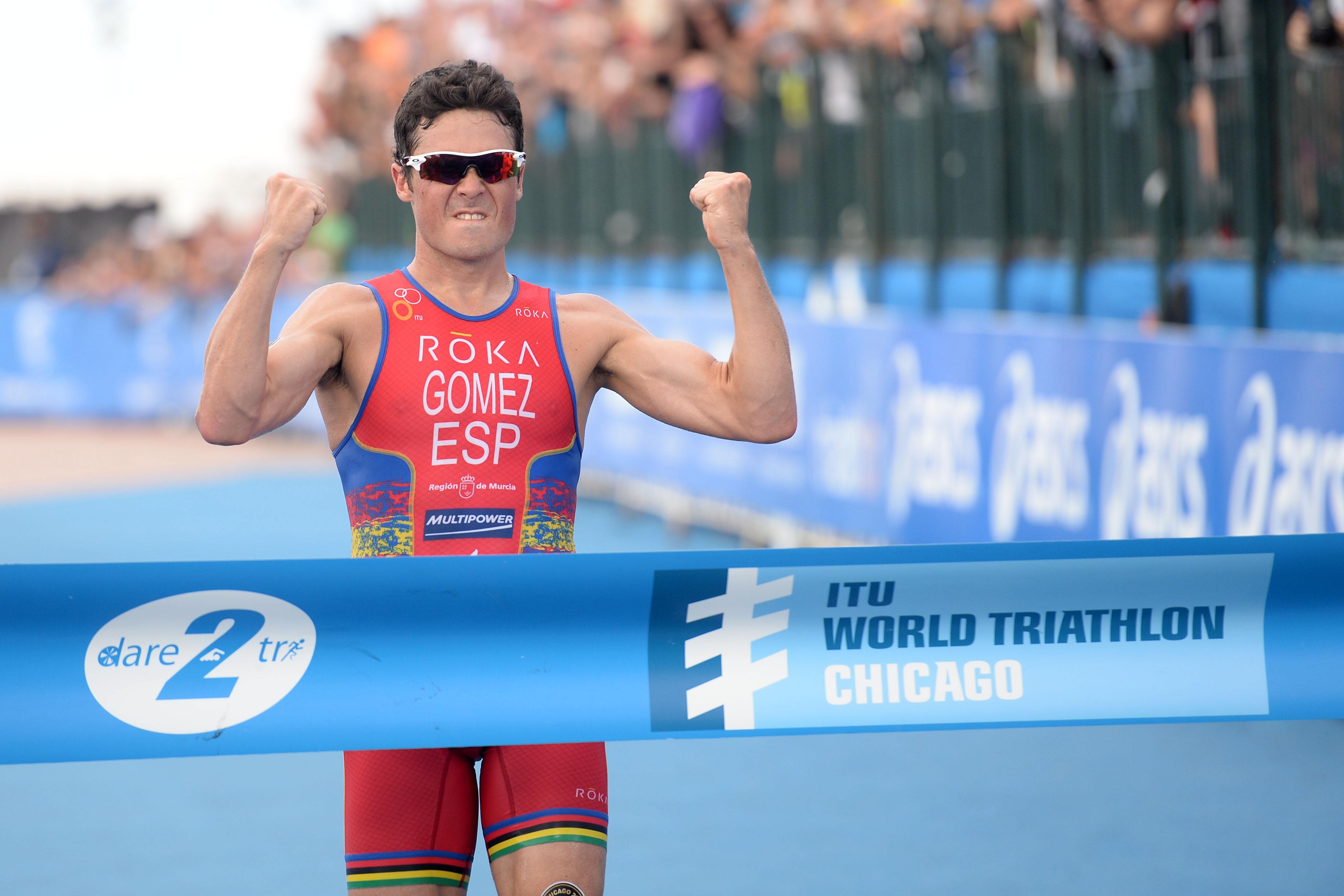 Good also produced a solid performance to finish 18th with the Darren Smith US coached triathlete from Sydney's Northern Beaches, staging a brave breakaway with Kiwi dynamo Davison on the final three laps of the bike and the pair had a 35 second lead going in to the run.

But it told on their legs and the brave Good faded to finish a creditable 18th which will also be a confidence booster for him.

Australia's third competitor, Peter Kerr, after being forced to ride hard from the second chase group, faded to finish 50th.

Australia's Commonwealth Games trio Bailie, Royle and Dan Wilson all watched from the sidelines as they prepare for Glasgow next month.

In the women’s rankings Moffatt (6th) has edged in front of Jackson (7th) who didn’t race Chicago with Charlotte McShane 19th.