The arrival of Olympians Ryan Bailie and Aaron Royle will complete the Australian contingent of 236 athletes who have converged on the Mexican island of Cozumel on the Caribbean Sea this week for 28th ITU World Triathlon Championships.

Bailie and Royle and fellow Jamie Turner squad members Jake Birtwhistle, Charlotte McShane and Natalie Van Coevorden will fly in from their US training base in Clermont, Florida tomorrow. 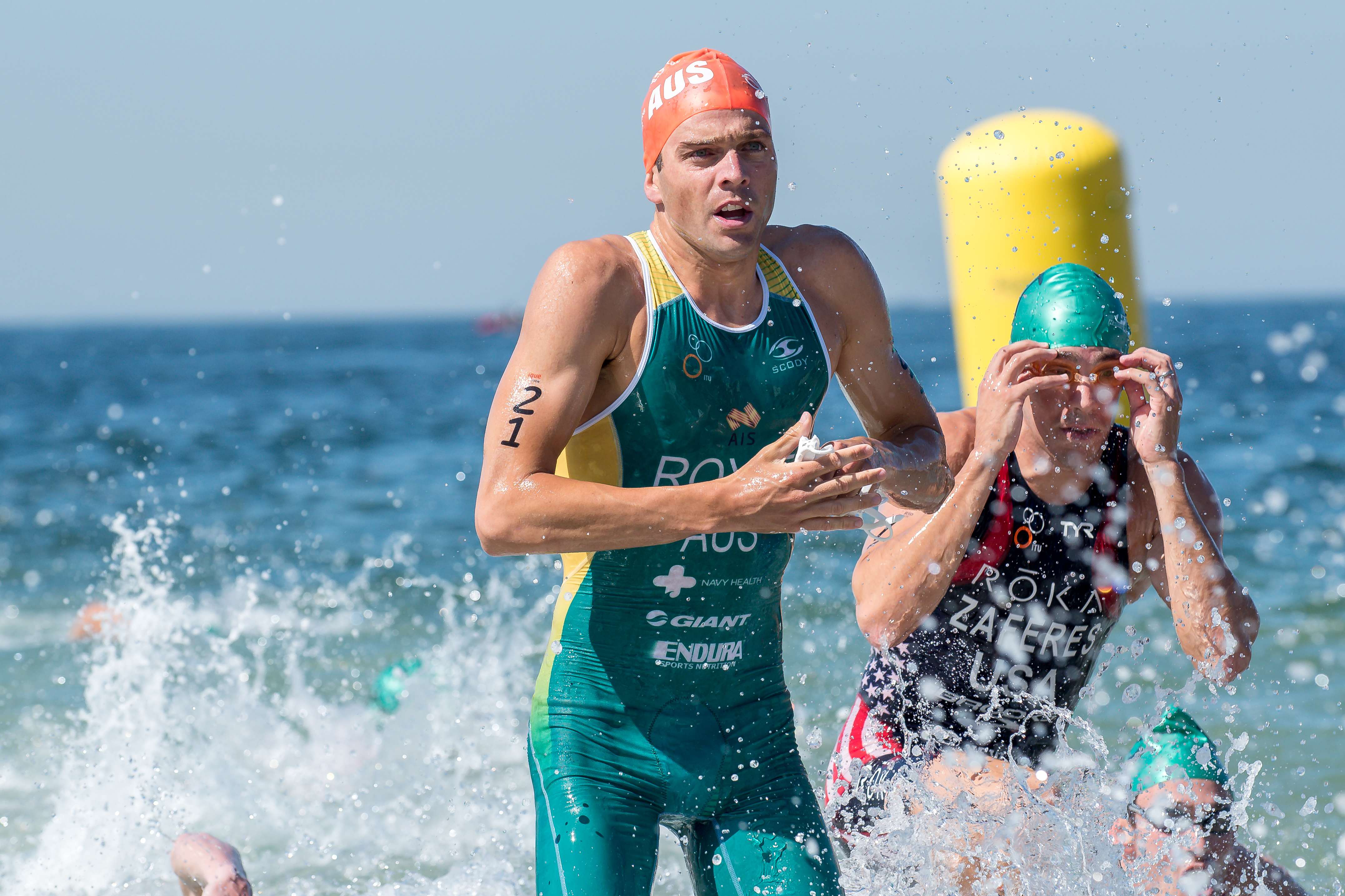 The five-day triathlon extravaganza has attracted four of Australia’s six Rio Olympic team members –Bailie, Royle, Emma Moffatt and Ashleigh Gentle who headline an Elite team of 10 along with six Under 23s and six Juniors on the Australian team joined by an Australian contingent of 214 Age Groupers.

The Olympians missing are men’s Rio debutant Ryan Fisher, who has not recovered from the illness that plagued him on the eve of the Games and triple Olympian, 2012 bronze medallist Erin Densham who has been appointed as assistant triathlon coach at Arizona State University and has started in that role already. 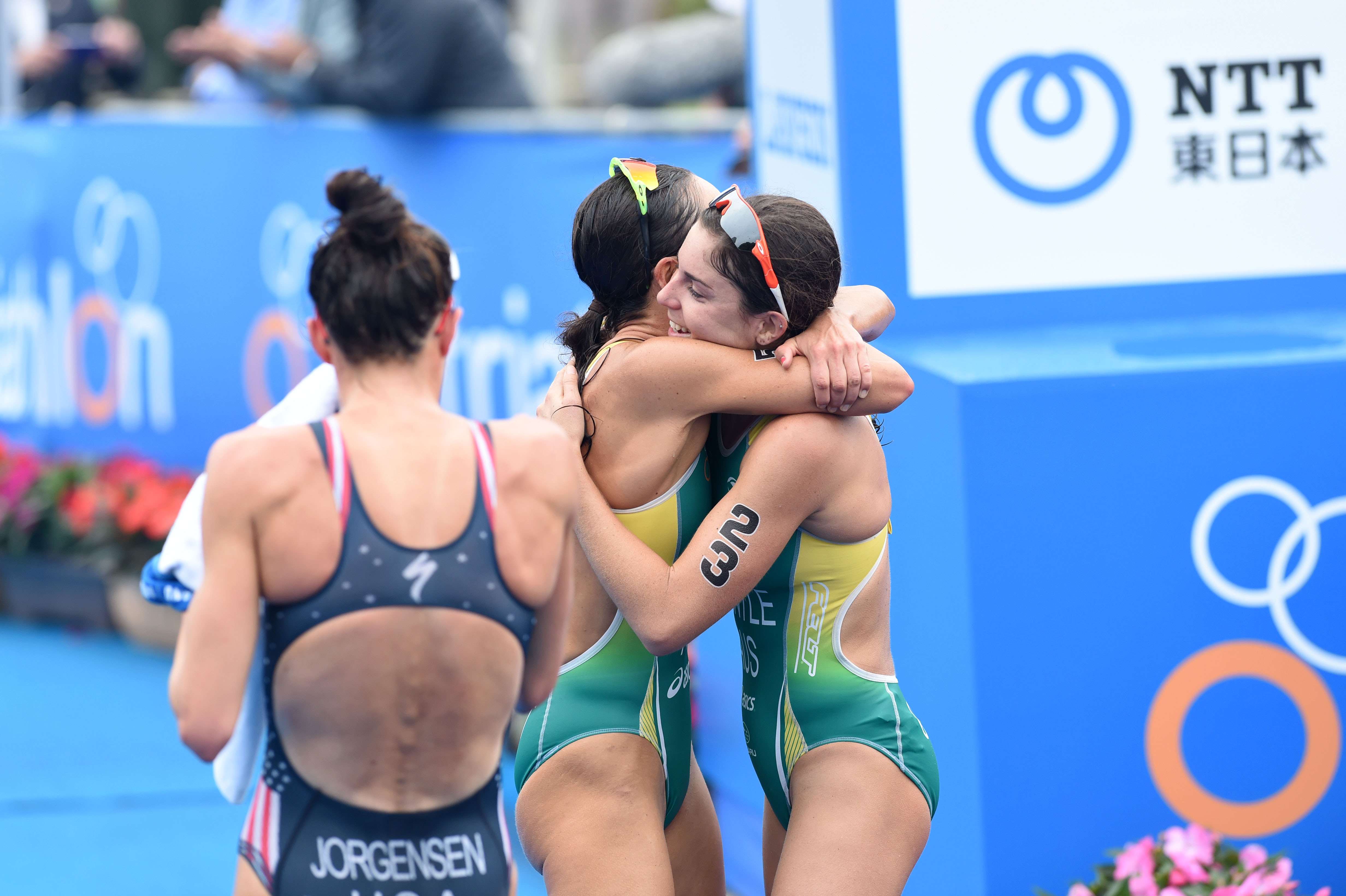 There was heartbreak for Under 23 debutant Emma Jeffcoat earlier today when doctors ruled her out of the competition with a femoral stress fracture.

The former Sydney Northern Beaches lifesaver underwent an MRI scan in Cozumel this morning and after consultation with the Australian team doctor and medicos back in Australia it was decided to withdraw Jeffcoat from the event.

‘It is shattering news for Emma on her first Australian team and our hearts go out to her – it was something that raised some concerns over the past two days since arriving into camp,” said Australian Performance Director Bernard Savage.

“It is a crushing blow for her and everyone on the team really feels for her but she’s a tough kid and I know she will be back better than ever.”

Organisers estimate over 3000 triathletes from 62 nations will converge on the island for an event that will be hosted on the Gold Coast in September 2018.

Racing gets under way tomorrow (Cozumel time) with the Aquathlon World Championship –which will see 53 competitors from Australia –and featuring 79-year-old twin brothers Keith and Frank Pearce from NSW.

But that’s just the start of their week for the veteran twins, with both brothers entered in Thursday’s Sprint Triathlon and Keith in Sunday’s Standard Distance.

There will be 103 Australians in Thursday’s Sprint Distance Triathlon (from 6:45am) which will also see the Elite Under 23 men of Matt Baker, Matthew Roberts, Marcel Walkington, Luke Willian and Declan Wilson line up for a crack at the world title at 3pm.

It will be followed by the Junior men’s race at 3pm – featuring Hauser, Liam McCoach and Kye Wylde and the junior women at 5pm with Jess Claxton, Zoe Leahy and Sophie Malowiecki lining up in the green and gold.

Saturday morning will kick start with the Junior/Under 23 Mixed Relay at 9am followed by the Elite women’s race at 3.30pm with Moffatt and Gentle joined on the start line by Gillian Backhouse, Emma Jackson, McShane and Van Coevorden.

Tasmanian tyro Birtwhistle and the evergreen Wilson join Bailie and Royle in what is an exciting mix in the Elite men’s field for Sunday’s showdown that will feature a host of Olympic and ITU World Championship medallists.

The Australians are sure to push hard in a field that will see British brothers Alistair and Jonathan Brownlee at the top end of a who’s who of the sport – missing only Spain’s Javier Gomez – still sidelined after undergoing surgery for a fractured elbow following a crash in July that kept him out of the Rio Olympics.

Birtwhistle, last year’s Under 23 ITU World Champion, and in only his first serious year on the World Triathlon Series, is sitting in fifth place while Bailie, ninth at the Olympics, is in seventh.

The two Jamie Turner squad members are determined to finish 2016 on a high after their stirring performances to finish ninth and 10th respectively in their Rio Olympic debuts.

For all the event details and schedules.