Australia’s four-time ITU Paratriathlon world champion Bill Chaffey will make his return to competition at the 2015 Oceania Paratriathlon Championships in Sydney on Sunday.

The 39-year-old Chaffey was forced out of last September’s World Championships in Edmonton, Canada after a freakish training accident on the NSW north coast left him with two broken bones in his pelvis.

He will join 35 entrants in what will be another milestone event for the sport en-route to the 2015 Rio Paralympics and will also see the unveiling of many inspiring stories – none better than Chaffey’s. 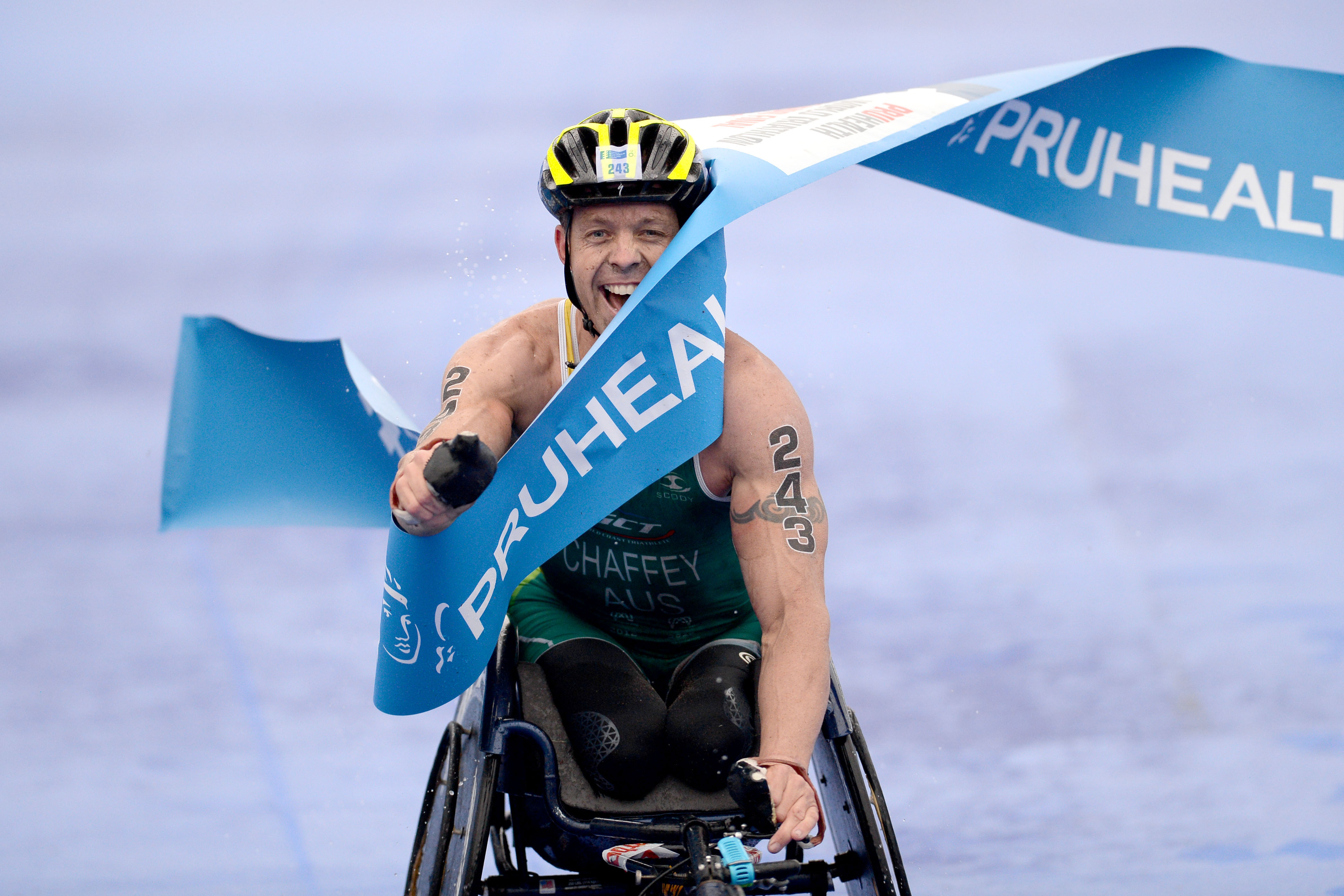 On the day of his accident Chaffey actually continued on his training session for another 30 minutes with the two broken bones before driving back to his home in Bilambil near Tweed Heads - believing he had only suffered bruising.

At around 6.30pm - six hours after the accident, the pain was getting worse so with some encouragement he decided to go to the hospital for x-rays.

“My wife has banned me from ever training at Fingal again,” said a buoyant Chaffey today.

“It was such a simple thing and I was left absolutely shattered…it's the word that came straight into my mind at the time knowing how good a shape I was in for the ITU Worlds and the fact that it would be a rare chance to race over 70.3 the week later.

"And the fact that it happened so simply - I've had much worst accidents and crashes in my career and come away unscathed.

"When the wheel got stuck, the chair tumbled over and I landed on my hip and while it hurt like hell when I did it, I got back into my chair."

But under the watchful eyes and care of his coaches and support team at the AIS/QAS, led by physiologist Shaun D’Auria, Chaffey has made a full recovery.

And he has a clear message for his rivals as the countdown begins in earnest for qualification for Paratriathlon’s debut in the 2016 Rio Paralympics.

“I think I am going better than last year; I am definitely training smarter that’s for sure and being part of the AIS/QAS system has been a major step forward for me,” said Chaffey.

“Word got around that I had suffered a slight injury recently and when I arrived into the gym at the AIS/QAS I felt like President Obama – I had people coming from everywhere offering me help and guidance – it was amazing and certainly made me feel good.”

Chaffey admitted the toughest thing during his rehab was sitting around for six weeks doing nothing.

“The hardest thing about getting my head around recovering from the accident was the waiting; my body just wouldn’t let me do anything, I couldn’t even swim for six weeks because of the nature of the injury.

“But I have been able to access so many resources on my return; I thought about doing some smaller races in the lead up but Shaun advised me to make Penrith the come back race and I can’t wait to get down to Sydney.

“It’s where I set the world’s fastest time last year, breaking the hour for my category; it’s a fast course and I love racing there.”

He will joined by a host of Paratriathletes and Paralympians who will add an extra touch of class to the field including reigning ITU world champion Sally Pilbeam and her teammates Brant Garvey and Justin Godfrey who were both sixth in Edmonton as well as Jack Swift.

Amongst other notables and inspiring entries will be:

Erik Horrie – The current Para-rowing World Champion who is preparing for the Rio Paralympics. Eric was a silver medallist in London 2012 who finished third in 2013 and second in 2014 at the Penrith Paratriathlon events. He actually trains at Penrith Regatta Centre.

Sam Bramham – A multiple Paralympic Gold medallist in swimming across a couple of Paralympic Games, who was on Big Brother recently where he spoke about his goal to win gold at Rio in Paratriathlon. Has also written a book about his life story and goals in triathlon. His first Paratriathlon was Elwood WPE in 2014, where he was the first swimmer out of the water of any class.

Kate Doughty – A former Para-equestrian now seeking success in Paratriathlon, aiming for Rio, she has a Norwegian partner and has been doing her final preparations in Norway over Christmas.

Kerryn Harvey – Is returning to triathlon after a horrific illness. An arm amputee athlete she is planning to cycle across Australia to raise funds for the Adelaide Hospital who saved her life. She will push current World Champion Sally Pilbeam who has supported Kerryn’s return to the sport.

Michael Lyddiard – From Townsville, a member of Australia’s armed forces who was injured in Afghanistan, who is seeking to be as successful a competitor as he can and;

Zac Jones who was identified through the AIS/APC Para-Sports Draft recently, who competed in Weetbix events as a youngster before his accident.