What to Watch For

If the sea is rough, athletes will need to manage the swells in order to stay with the front pack on the swim. The Olympic Games bike course is notorious for its climbs, primarily over the main hill into Lagoa, which is on the far side of each bike lap. Athletes also must descend at speed before ending each bike lap. One of the challenges may be managing environmental conditions — though it is the winter season in Rio, temperatures can still get quite warm and there is not much shade on the run course. 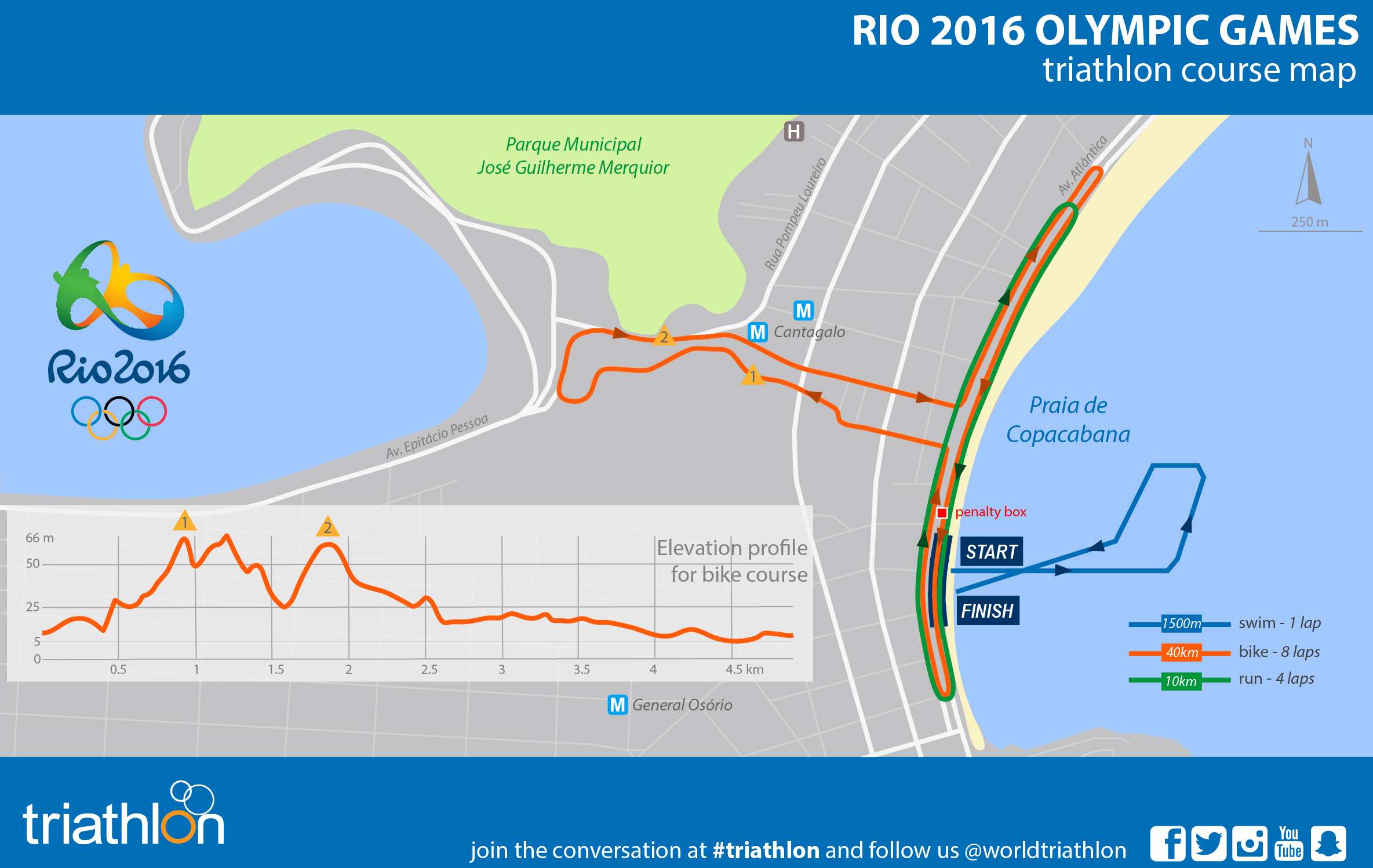 Can’t make it to Rio de Janeiro for the 2016 Olympic or Paralympic Games? Thanks to Google Street View you can still feel like you’re there with these 360-degree views of the venues, including Fort Copacabana where the triathletes will race. To see all of the Rio venues, visit rio2016.com.

Fort Copacabana Site of the Olympic and Paralympic triathlons, Fort Copacabana is a part of the famous Copacabana Beach. Take a stroll down the beach without getting sand all over your body, and check out where Team USA will toe the line for the swim-bike-run event.

Maracanã Home of the Opening and Closing Ceremonies as well as other sports such as soccer, Maracanã will be filled to the brim starting Aug. 5 for the start of the Olympic Games. Walk on the soccer field and gaze into the colorful stands to get a feel for what your favorite athletes will see in August and September.

Christ the Redeemer Apart from the Olympic and Paralympic festivities that will be occurring, Rio de Janeiro has a number of breathtaking landmarks as well. Climb up to the base of the Christ the Redeemer statue and gaze up at the 98-foot tall figure from the comfort of your couch.

Other Notable Landmarks There are many other landmarks in Rio de Janeiro you don’t want to miss — whether you’re sightseeing from your couch or in Brazil. Sugarloaf Mountain, named for its resemblance to the traditional shape of concentrated refined loaf sugar, sits at the mouth of the Guanabara Bay. Take a cable car up or view it from afar. Ipanema beach is known for its social life and surfers.