Australia’s Sam Appleton put together a perfect race, coming home in a winning time of 3h44m28s.

It was New Zealand’s Guy Crawford who lead Appleton and World Champion, Terenzo Bozzone, out of the swim. 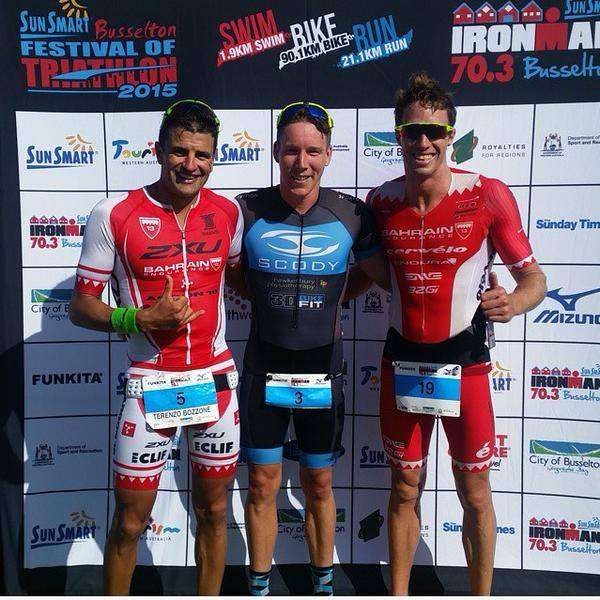 Once on the bike Appleton and Bozzone broke away from Crawford, and the pair continued to extend their lead over the 90km ride.

“I was hoping to get a lead on the bike,” said Appleton.

“I knew for me coming into this race I’d need to swim and bike hard because there were going to be some really quality runners out there.

“Terenzo and I were lucky enough to get a little bit of a gap and we didn’t look back. We worked really well to secure those top two spots,” said Appleton.

By the time the leading pair finished the bike leg, they had a four minute lead on their nearest competition, in Crawford and 2013 winner and dual Olympian Brad Kahlefeldt.

“I felt great on the run and we (Bozzone) were just feeding off each other,” said Appleton.

Appleton and Bozzone stayed together until 17km into the run, when Appleton made his move.

“Craig Alexander beat me in Geelong by dropping me with about 2km to go so I was having flashbacks of that and I didn’t want it to happen again,” said Appleton who was relieved the race didn't end with a sprint finish.

"Last year I missed out on second place in a sprint finish and I really didn't want to have to sprint against Terenzo," said Appleton.

Bozzone ended up crossing the line almost a minute behind Appleton, with a time of 3h45m38s.

Rounding out the Podium was third placed James Cunnama (ZAF), who clocked the fastest run time of the day - an impressive 1h11m07s over the 21.1km (and 3h47m40s overall).

In the women’s race it was WA’s Felicity Sheedy-Ryan who took line honours. This is the second SunSmart IRONMAN 70.3 Busselton win for Sheedy-Ryan who was victorious in 2012.

The women’s race mimicked the men’s with Sheedy-Ryan being lead out of the water by 2013 winner, Liz Blatchford and the pair sticking together on the bike. 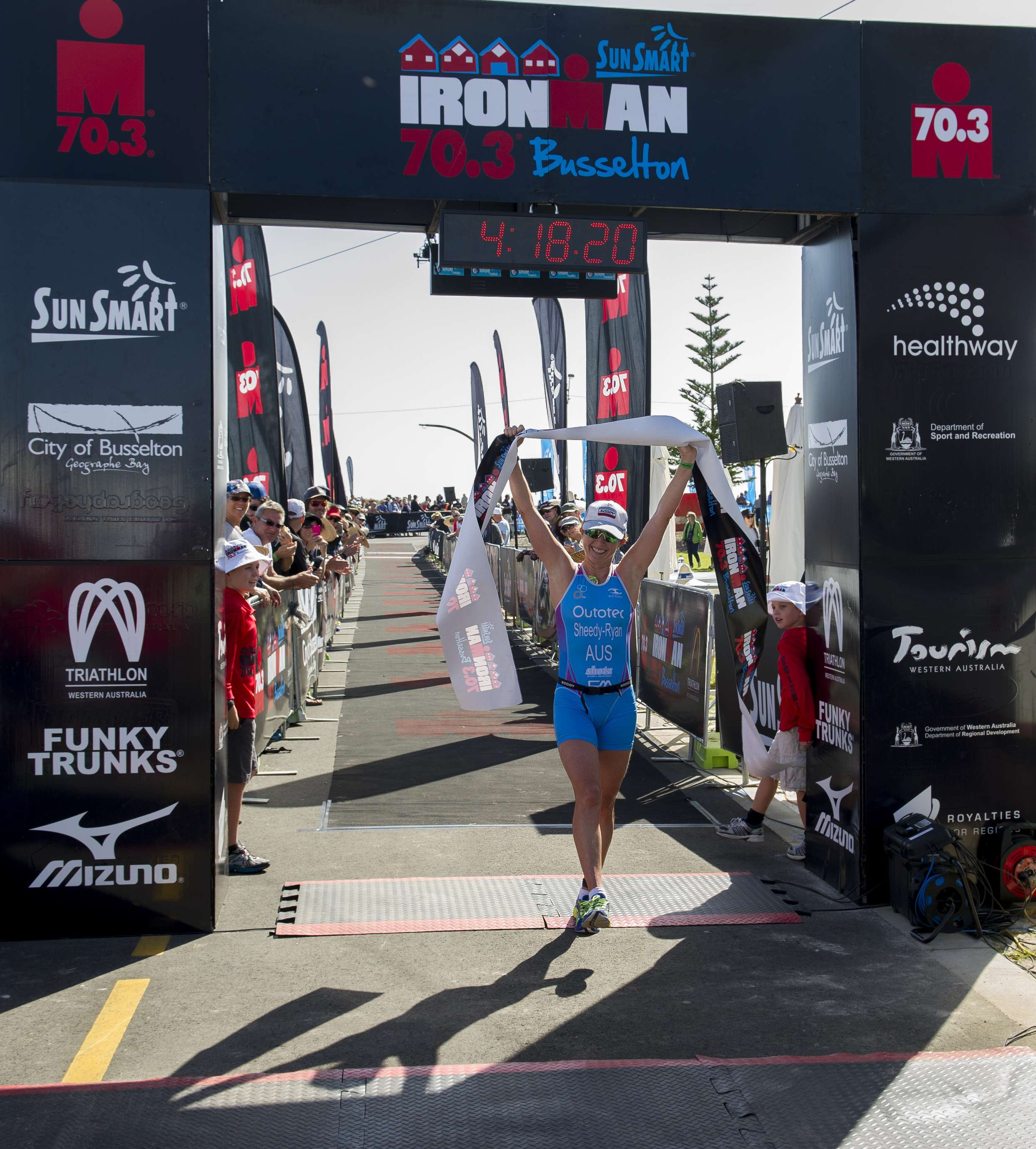 Breaking away from the group during the ride, Sheedy-Ryan and Blatchford gave themselves more than three minutes lead going onto the run.

“Once I hit the run I wanted to cruise and not go out too hard – I just hoped Liz was more tired than me. I've got a World Cup race in China next weekend so it was important I stayed in control of my run today," said Sheedy-Ryan.

As in the men's race it was the third placed competitor who had the fastest run split of the day. Katey Gibb ran 1h20m52s over the 21.1km foot race, with an overall time of 4h19m18s - a solid end to Gibb's first season racing as a Professional.

CLICK HERE FOR FULL RESULTS, THANKS TO BLUECHIP TIMING.