Saturday’s second round of the Scody Australian Junior Triathlon Series on the Gold Coast has attracted over 180 athletes including the cream of Australia’s crop and a host of internationals.

While Sunday will see the Australian Paratriathlon Championships, led by ITU World Champions Bill Chaffey and Katie Kelly, hit the streets around Robina as the sport looks to its Paralympic debut in Rio this year. (FULL PREVIEW FRIDAY).

It will be the start of what is looming as an exciting period in triathlon for the Gold Coast with the Commonwealth Games city becoming the hub for major ITU Triathlon action over the next three years.

The ITU World Triathlon Series round and Australian Olympic Selection race is set for the Gold Coast on April 9 and 10 this year as well as 2017 before the prestigious ITU World Championship Grand Final and Commonwealth Games in 2018.

And some of the up and coming stars in action in the Junior Series will have their sights set on the Games in three years time.

All States, along with a strong team travelling over from New Zealand and athletes from Germany & Great Britain will converge on the Robina precinct.

Both events will be run in conjunction with the Gatorade Queensland Triathlon Series.

First round ITU Junior winners, Sophie Malowiecki and Matt Hauser, who stole the honours in Canberra, will again lead the charge but they both know they will not have things all their own way.

But it was Malowiecki who scored a narrow victory from Dutton and WA girls, Jessica Claxton and defending Series champion Kira Hedgeland, who has moved to join sister Jaz, a three-time Series winner, under coach Dan Atkins at the Gold Coast-based National Training Centre at Pizzey Park.

Defending Australian Junior Series Champion Hedgeland is finding form coming into this race post her Year 12 studies in Perth and hungry for an improved race on Canberra where she placed fourth.

Atkins is looking at Kira peaking coming into the up-coming Devonport round and Oceania Championships in Gisborne New Zealand. HEDGELAND SISTERS BACKGROUND ARTICLE

The men’s race will see Hauser in action before he too makes the move from Hervey Bay to join Atkins on Australia Day as he mounts his bid for his second ITU World Championship campaign in Mexico later in the year.

Atkins knows he has a special athlete in Hauser, who has been guided on the Fraser Coast by legendary coach Brian Harrington.

“I am expecting Matt to have a different game plan for this race,” said Atkins.

“He will look to attack the field more on the bike. His run is in red hot form and now we would like to see him test his bike legs, an area he found quite challenging at the ITU World Championships Chicago where he placed fifth.”

Hauser will have the likes of former Victorian Jack Van Stekelenburg who is also in the Atkins stable on the Gold Coast, as is his fellow training partner Kye Wylde, while and another Queenslander in Nicholas Free will also be a contender.

The former Victorian, Van Stekelenburg replaced Hauser on the 2014 Australian Youth Olympic Team in Nanging (when Hauser was injured) and placed second to Hauser in the opening Canberra round in a career best race in December.

Atkins is looking for Van Stekelenburg to be just as solid and back up his race with another performance.

Atkins says: “Based on his training post Canberra he is showing he is stronger again with good confidence based on his result in the initial Junior series race.”

Local Gold Coast boy, Wylde, who was fourth in the Canberra opener, will have a strong home town advantage.

Atkins says: “Kye has trained the house down since Canberra and will give everything he has to perform on the day.”

In the Youth categories, first round New Zealander Dylan McCullough will again line up on the Gold Coast against Oscar Dart (VIC) and Josh Ferris (NSW) while first round girl’s winner Charlotte Derbyshire (SA) will be out to make it two-from-two against Queensland pair Richelle Hill and Keely Whittaker.

Richelle is the daughter of 2004 Athens Olympian and former marathon runner Rina Hill. 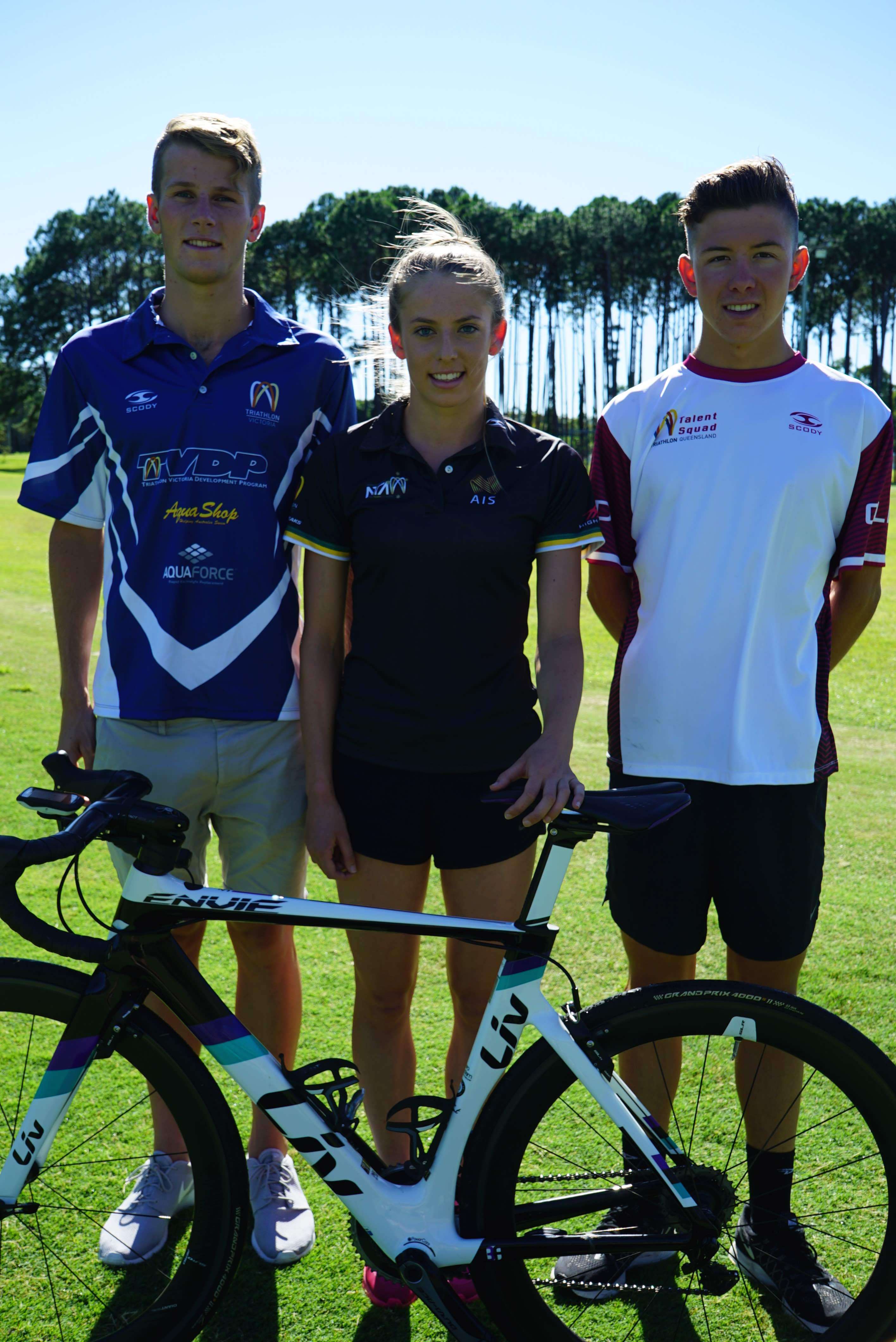