Sydney Olympian Craig Walton has today become the first triathlete inducted into the Tasmanian Sporting Hall of Fame at a function in Burnie. 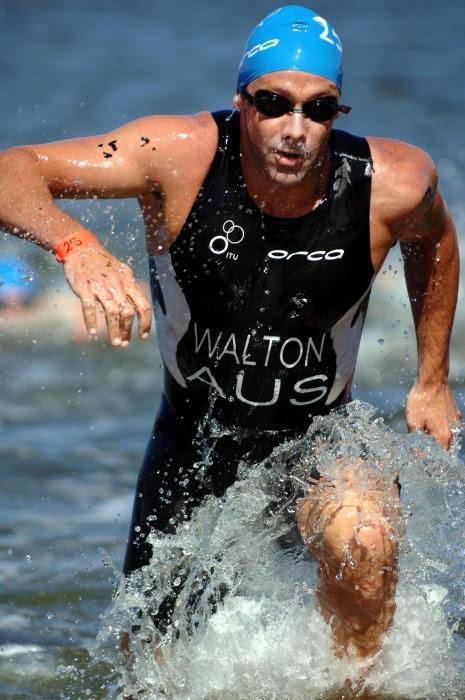 Walton, who now lives on Queensland’s Sunshine Coast, began his career in surf lifesaving with Ulverstone where he represented Tasmania and looked set for a brilliant career but in 1993 added triathlon to his repertoire and proved to be an overnight sensation.

The opportunity to race professionally and the lure of the Olympics saw Walton pursue a career that saw him put his name up in lights in the triathlon world.

Twelve months later in 1994 he would finish fourth in his first ITU Junior World Championship in Wellington.

It was one of several turning points that led him to the world stage and a decade and a half of dominance as one of the most feared swim-bikers in the triathlon business. 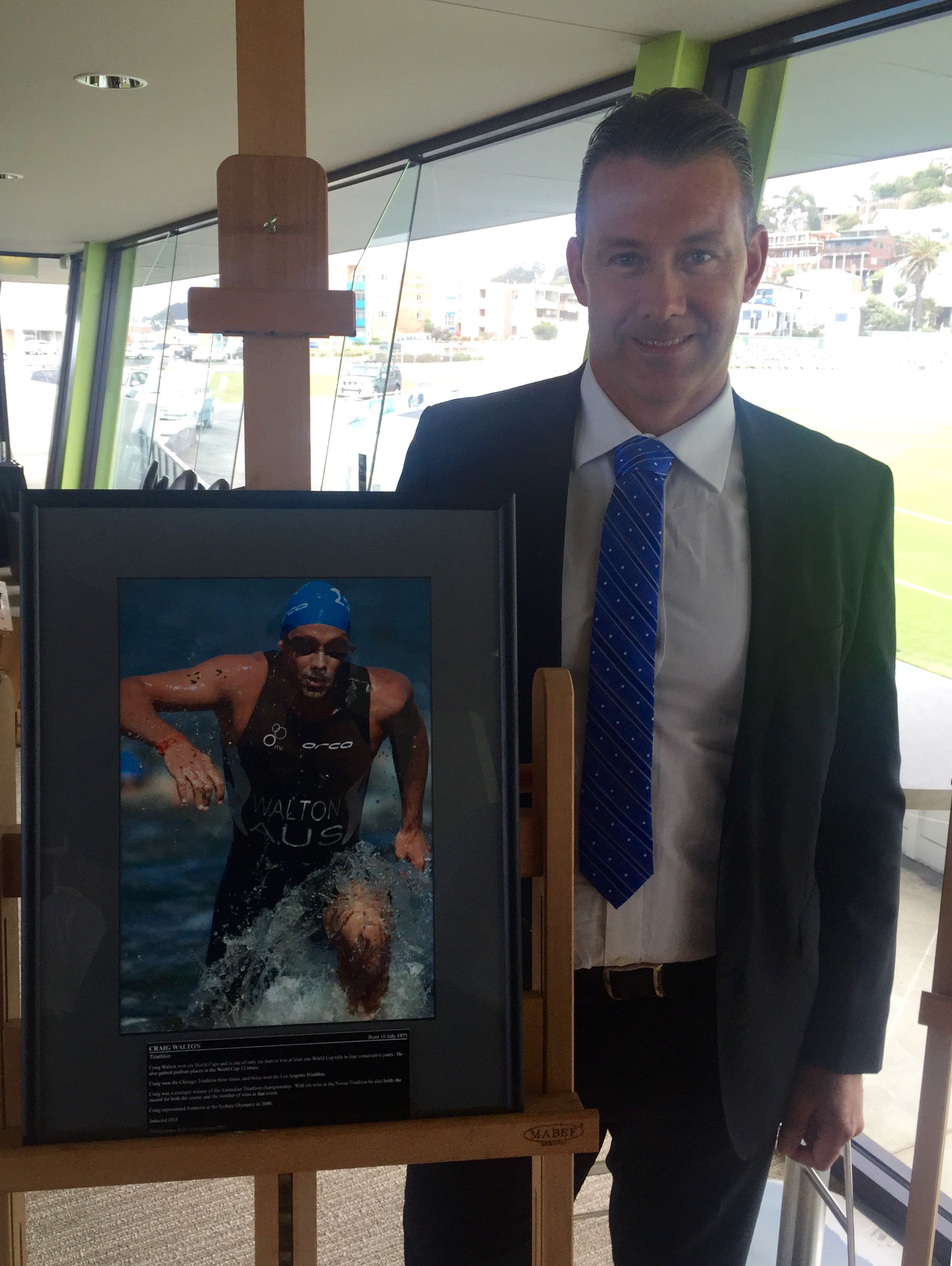 A strong swimmer, Walton played to his strengths as he built his reputation at home and abroad which led him to six ITU World Cup wins; a household name in Noosa where he revelled in the non-drafting format with six victories and at home in Devonport where he became a local hero.

Walton grew up under the watchful eye of his swim coach father Vic, a life member of Ulverstone SLSC who also coached Tasmania's leading age group triathlete in Craig Redman.

Vic would take both boys under his wing and as Walton grew he had Redman - also a surf champion - right alongside him.

The pair would eventually race against one another as they pushed themselves to greater heights.

Walton can thank Redman, his father Vic and former coach Tasmanian Institute of Sport sports scientist and Olympic head coach Bill Davoren for the roles they played in his switch to elite triathlon.

“As much as I loved surf and still do, I could see a better pathway in triathlon, in representative teams, the opportunity to compete on a world stage and of course the possibility of the Olympics,” recalled Walton today.

“To make the Olympic team for Sydney was amazing; the first time the sport of triathlon had been added to the program and being in Sydney and the first event on day one of the Games.

“I can vividly remember running through Lady Macquarie’s Chair and the noise was so deafening I could not hear myself breathe.

“The crowd that turned out that day was something I will never forget; it would have been nice to have made another Games team and to get the opportunity to make up for the mistakes I had made in the race.”

But there was no dispelling Walton’s front running style, as mentor and close friend, Redman recalled.

“He was without doubt one of the best swim-bikers in the world and the fearful weapons he brought to races put pressure on the fields and in races where he didn’t win he would certainly change their outcomes,” said Redman.

“It was often the case of ‘come with me or see you later.’

“I remember him as a young bloke coming through the ranks; we raced in a local club triathlon in Tasmania and it was on from the outset, through the swim, the bike and on to the run.

“We were running stride for stride until the final stages when he gave me the heave ho..the old hip and shoulder and I ended up in the bushes and Craig went on to win the race and I never beat him again after that.”

Walton admitted that of all the races he went on to win around the world to win in his home town in Devonport was extra special and to be welcomed back to Tasmania to accept today’s award was something that came out of the blue.

“I’m honoured to receive this award and it’s something as any athlete will tell you…you don’t expect, but when the phone call came I though ‘hey that’s nice,” said Walton, who accepted the induction in front of his family, including father Vic, Mum Anne, and his old mate Craig Redman.

A special day all round for one of Tasmania’s and Australia’s triathlon greats.