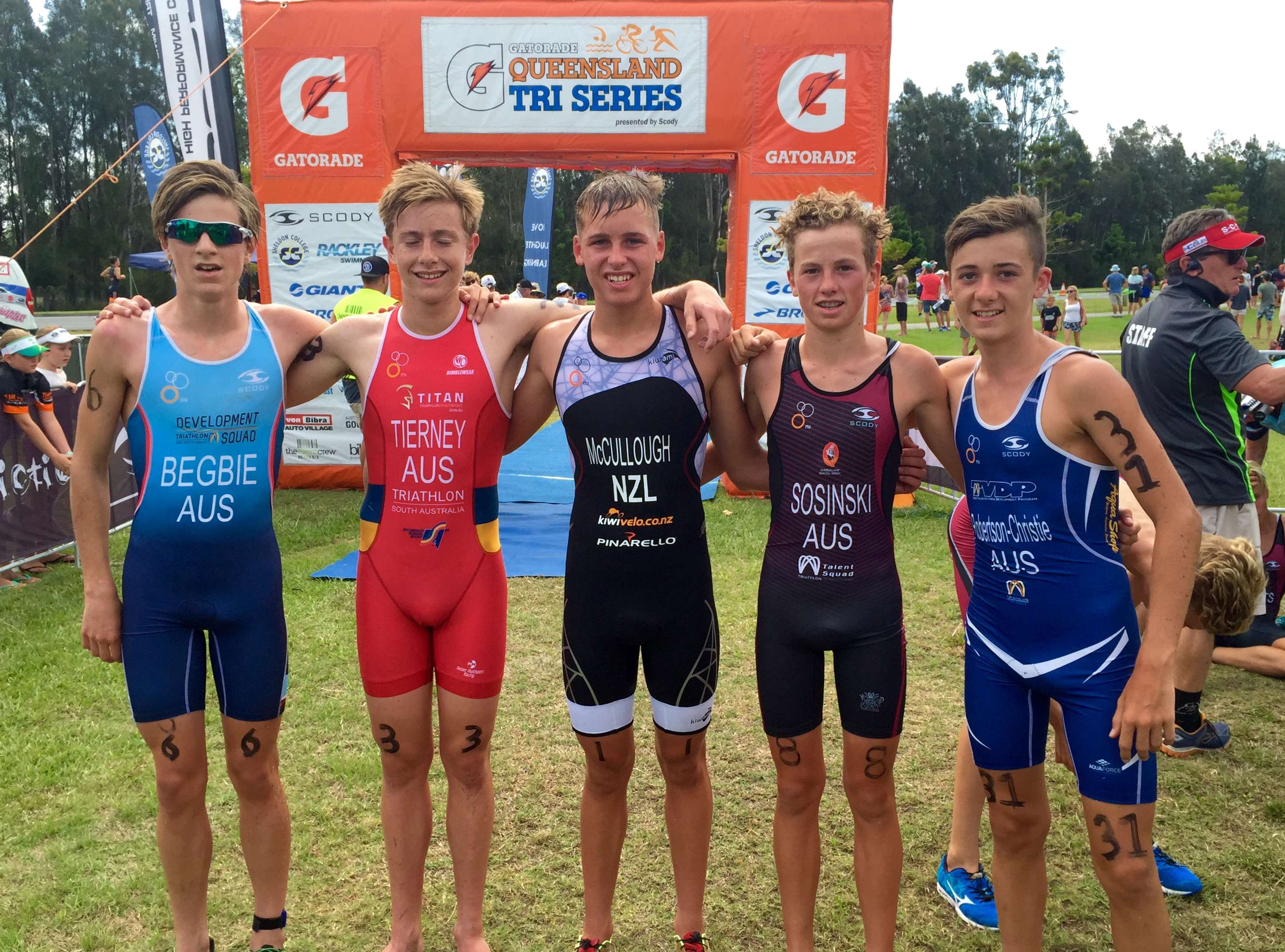 Keeping calm could well be the secret of success for Sophie Malowiecki as she sets her sights on unfinished business at this year’s ITU World Triathlon Championships in Mexico.

Forced out of the 2014 Junior Worlds in Edmonton in 2014 on the bike and forced to fly home with an injury last year before she even arrived in Chicago are memories Malowiecki wants to wipe clean.

And so far the 18-year-old Queenslander has started 2016 just the way she and coach Stephen Moss had planned it with two wins from two starts at the Scody Junior Australian Triathlon Series in Canberra last month and at Robina, on the Gold Coast on Saturday.

Malowiecki showed the field a clean pair of heels right from the outset of the five kilometre run when she took off and stole a march on the field from the outset after a smooth 20km ride which saw the chase pack close the gap from 45 seconds to 25.

But as hard as they tried, the likes of defending champion Kira Hedgeland, WA’s Jessica Claxton and the ACT’s Ellie Hoitink were no match for the flying Malowiecki.

“In the run today I focused on the processes and keeping calm… I don’t like to tense up when I’m running; the calmer I can keep the faster I can run,” revealed Malowiecki, who was very much in the zone in the cooler late afternoon temperatures at Robina.

“It’s really good to get out there after my injury last year and get back on the winners dais and do well and feel good.

“I suffered a stress fracture in France leading up to the World Championships in Chicago and had to pull out so I had a (good) rest and let my body heal and slowly build back into it.

“Sometimes I felt like I was going backwards but now I have seen the greater difference, missing Chicago was certainly disappointing, partly because I couldn’t finish the race year before.

“I was hoping to redeem myself but I guess that will have to wait until this year, I know I have room to improve, it’s looking up.

“We’ve just been doing trails and strength running but my speed will come soon (when the track sessions start).

“The next race is in Devonport and it’s the automatic selection qualifier for Worlds, so I’ll be going(all ut) for the win there.” 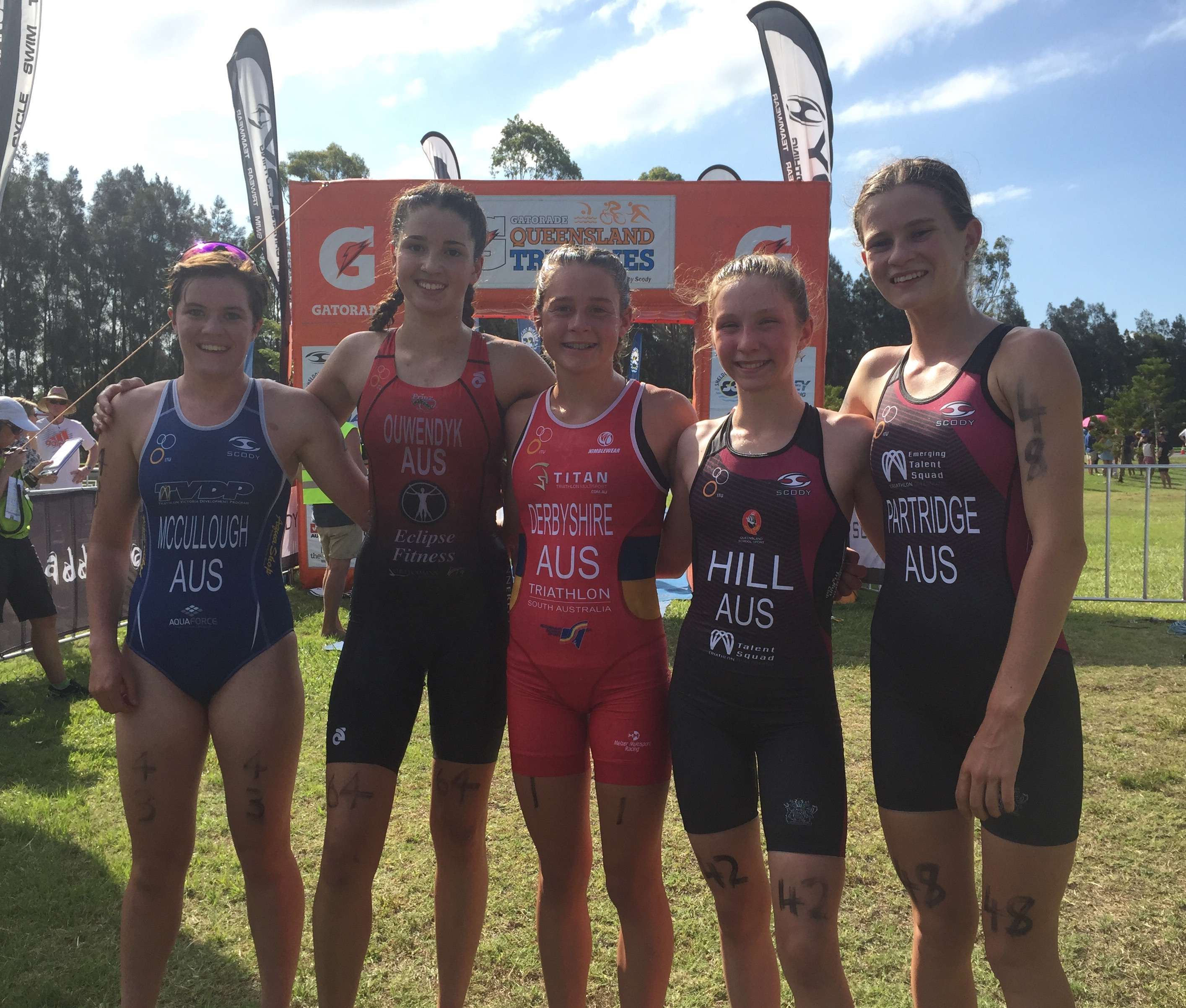 In the end it was Malowiecki (QLD) who raced away from the field in a time of 1:00.44 with the improving Sheldon College product Katinka Von Elsner-Wellsteed coming from the chase pack to take second with Claxton (WA) 1:01.41 third, Ellie Hoitink fourth and Kira Hedgeland fifth.

Meanwhile there was not shortage of drama in the men’s race with first race winner and race favourite Matt Hauser snapping his bike chain in a spectacular first lap crash after coming out of the swim in second place.

The 18-year-old, who will embark on a Gold Coast transfer from Hervey Bay later this month, was lucky to escape serious injury, although he walked back to the medical tent with abrasions on his right side and a groin strain.

It opened the door for his training partners, former Victorian Jack Van Stekelenburg and Gold Coaster Kye Wylde to mount their challenges in a bike group that worked hard to stay on song around the 20km Robina course.

The pair looked set to battle it out until emerging NSW youngster Lorcan Redmond, a star of the future, showed his enormous running prowess to power home for second with Wylde hanging on for a deserved third place.

But there were some anxious moments before Van Stekelenburg was officially awarded the win after technical officials revealed he had been listed to serve a 10 second penalty for a gear misdemeanor, which he was unaware of.

But after discussions between officials and the athlete the 18-year-old Bachelor of Law student at Bond University was given the benefit of the doubt and the placings were declared official.

“A lot of things can go wrong in a triathlon and Matt (Hauser) was unlucky to go down on the bike but as he said it’s part of racing, he’ll bounce back and he has bounced back before,” said Van Stekelenburg.

“Regarding the penalty, I was told I was given a penalty and I didn’t know what it was for. 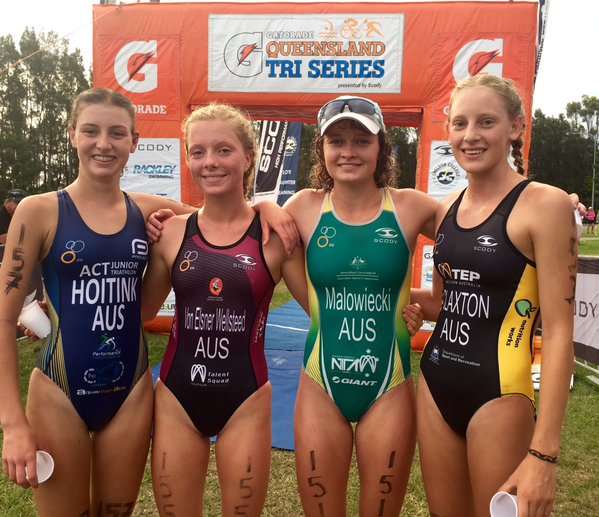 “I was then told I might have a penalty and I didn’t know what was going but in the end they cancelled the penalty.

“I didn’t get any advantage from it and in the end you just get in there and go about your race; it’s triathlon, anything can happen and you just have to be ready for it.”

Van Stekelenburg said his university lecturers at Bond had been very supportive, allowing him to study part time and to defer his last two exams last semester so he could compete in the series opener in Canberra.

“I’ll be sitting them next Wednesday and Friday, so it’s not all sport, there’s got to be study in there as well and I’ll be getting back to the books after this,” said the Law student, who spoke of 12 months of hard training.

“The move to the Gold Coast has been a good move and it hasn’t been about sacrificing but making choices to get to where I want to be and I’ll be moving into a new house next week as well so I’ve got a few life skills to learn along the way as well, like cooking.” 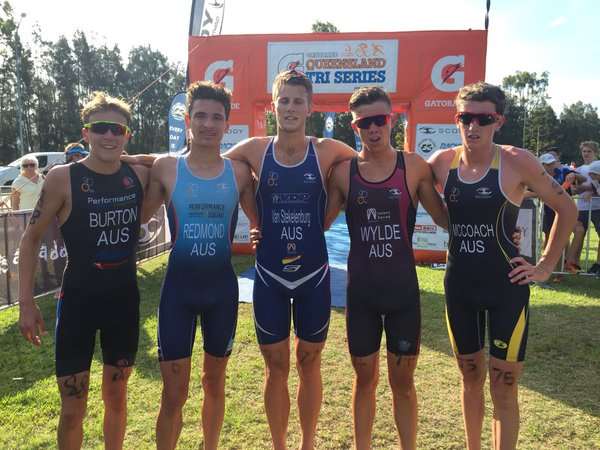