We remember a remarkable woman, Jackie Fairweather, at the annual Jackie Fairweather Memorial Triathlon and Retro Run on November 7-8th in Canberra. Jackie, the current Australian record holder for the 50km running record, was one of Australia’s most talented endurance athletes winning three World Championship titles in Triathlon and Duathlon, number one on the 1999 ITU World Cup standings and a bronze medal in the marathon at the 2002 Commonwealth Games. She was always striving for excellence, which led Jackie to be the inaugural Australian Institute of Sport (AIS) Head Triathlon Coach, International Triathlon Union Board member, and was integral in High Performance Programs with the Australian Sports Commission (ASC). Jackie sadly passed away in 2014 after a long battle with depression and mental illness.

In memory of Jackie, the annual Jackie Fairweather Memorial Triathlon has been established, remembering her by bringing together her friends, family, colleagues and the community together to do what she loved best. The event caters for all ages, abilities and experience levels bringing the most inclusive triathlon event ever to be held in Canberra.

Australia’s top elite and junior athletes, including ACT’s Ellie Hoitink who was number Australian youth female triathlete in 2015, will compete in the draft-legal ITU-style race over a sprint triathlon distance of 750m swim, 20km cycle and 5km run. As part of the event weekend ACT, NSW, VIC and other Australia junior athletes will participate in a high performance training camp with inspiring and motivating sessions from some of Australia’s best high performance Coaches and Elite athletes. Former world champions, Jackie’s competitors and Australian Hall-of Famer triathletes including Emma Carney and Michellie Jones will be competing throughout the weekend.

The inspirational Triathlon Australia High Performance Paratriathlon team will be competing in the Paratriathlon event as part of their Road to Rio Olympic training camp, which will be held at the AIS during race week. You will be able to see multiple World Paratriathlon Champion, Bill Chaffey and ACT’s Rio Olympic medal prospect Katie Kelly with 2000 Olympic Triathlon silver medalist, Michellie Jones as her guide, racing on the streets of Canberra.

Amateur athletes and first timers will have the opportunity to compete in either a novice race, which is designed for first-time triathletes, or in the Sprint triathlon where they can earn valuable qualifying points for Team Australia qualification for the 2016 ITU World Sprint Triathlon Championships which will be held in Cancun, Mexico.  The family-focused event has two TRYstars Kids Triathlon races and the popular “I’m a Superhero” 100m run for six and under children, provides the biggest cheer of the day. You can enter races as an individual or share the camaraderie with a team.

Jackie Fairweather Memorial Retro Run will light up Commonwealth Park on the 7th November with a fun, exciting and inclusive participation event, which brings the whole community together to remember Jackie. The Retro Run is held over 5km taking in many of Canberra’s iconic buildings around Lake Burley Griffin. Participants will be entertained as they get their retro run gear on run to energizing music and enjoy a party atmosphere at the finish-line. 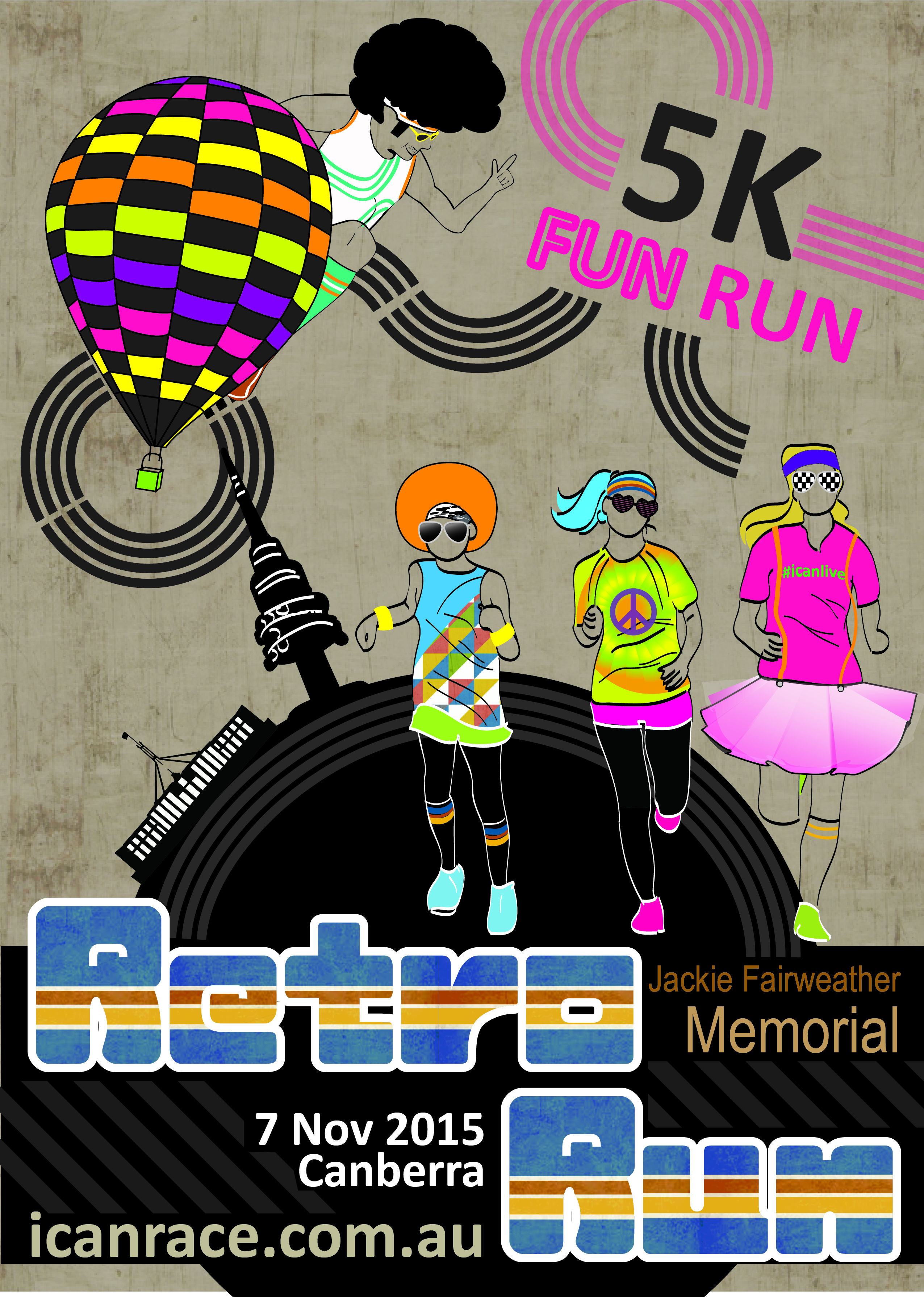 In honour of Jackie, the Jackie Fairweather Research Fund will be launched during the event. The Jackie Fairweather Fundraising Dinner will be held after the Retro Run on Saturday 7th November with funds raised being dedicated to research on depression and mental illness in sport. Anne Gripper, Triathlon Australia CEO said “this is the best way that our sport can honour Jackie – by holding an annual event which is inclusive of everyone, and to establish a research fund which will commence much needed research into the links between elite sport and mental illness”

A key focus of the event is reminding people that “Together we Can” make a difference in peoples lives. The #icanlive campaign has been developed to allow people to share their experiences and how they overcome obstacles in life. It’s also a way to provide opportunities for people share their feelings and realize that people care and are there to support them.

This event caters for everyone and we look forward to remembering Jackie Fairweather with you at the Jackie Fairweather Memorial Triathlon and Retro Runs. There will be a limit on entries so register early, with earlybird prices ending on August 24th. For more information go to www.icanrace.com.au

For further information please contact Craig Johns at director@act.triathlon.org.au or 0415 675 939

TACT is the peak body in the ACT for the sport of triathlon, duathlon and aquathlon events for its members and members of the public. Its vision is to provide a high profile sport in the ACT growing participation rates from all age groups and competitor levels supported by highly professional leadership and administration. TACT values an environment, which encourages healthy, enjoyment, belonging and achievement.