TWO GOLD AND ONE SILVER TO AUSTRALIA IN WORLD DUATHLON

TWO GOLD AND ONE SILVER TO AUSTRALIA IN WORLD DUATHLON

Australia has tasted double gold and silver medal success at the ITU World Duathlon Championships in Spain over the weekend.

Queensland’s Gillian Backhouse grabbed silver in the Elite division and gold in the Under 23s in a race run in conjunction with the Elite event in Pontevedra, on the north-west of the Iberian Peninsula, while Wollongong-based Tasmanian Jake Birtwhistle won the gold medal in the junior men. Australia’s Matt Brown was also 10th in the Under 23s and 30th overall in the Elite Men.


Backhouse, who has blossomed under coach Steve Moss over the past 12 months, added her gold and silver to training-partner Emma Jackson’s bronze in the ITU WTS London triathlon sprint race on the same day.

The rejuvenated Backhouse, who recently won her first ITU World Cup triathlon in Chengdu, was no match for Sandra Levenez in the Elite Women’s race with the Frenchwoman charging to the world championship gold over the 10km run; 40km bike; 5km run.

The noted swim-biker’s run leg has improved considerably under Moss and alongside Jackson.

She went from 19th after the tough 10km opening run course in 36mins 37secs to clock the fastest 40km bike time of 1hr 10.23 before Levenez produced the second fastest 5km run split of 18mins 03 to Backhouse’s 18.26 to run away with the gold. Sabrina Montmarteau from France took home the bronze. 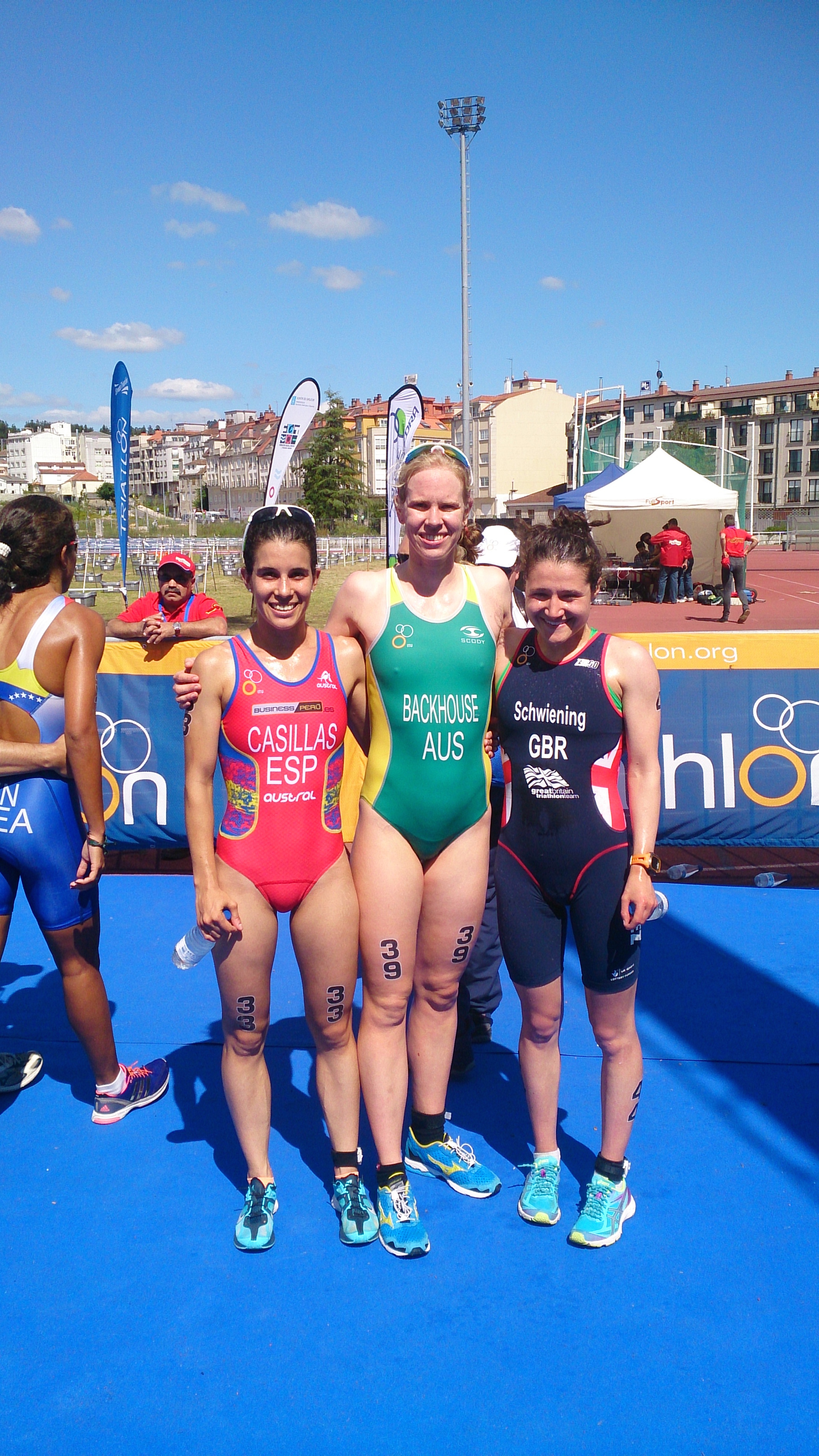 The former Launceston schoolboy star stormed home over the final 2.5km run to take the gold medal in a time of 54mins 15secs to beat Spain’s Antonio Serrat Seoane (54:32) with Gustav Iden from Norway a close-up third (54:36).

The brilliant runner and this year’s Under 20 Zatopek 3000m champion in Melbourne, Birtwhistle was one of four runners to hit the bike transition after the first 5km run. 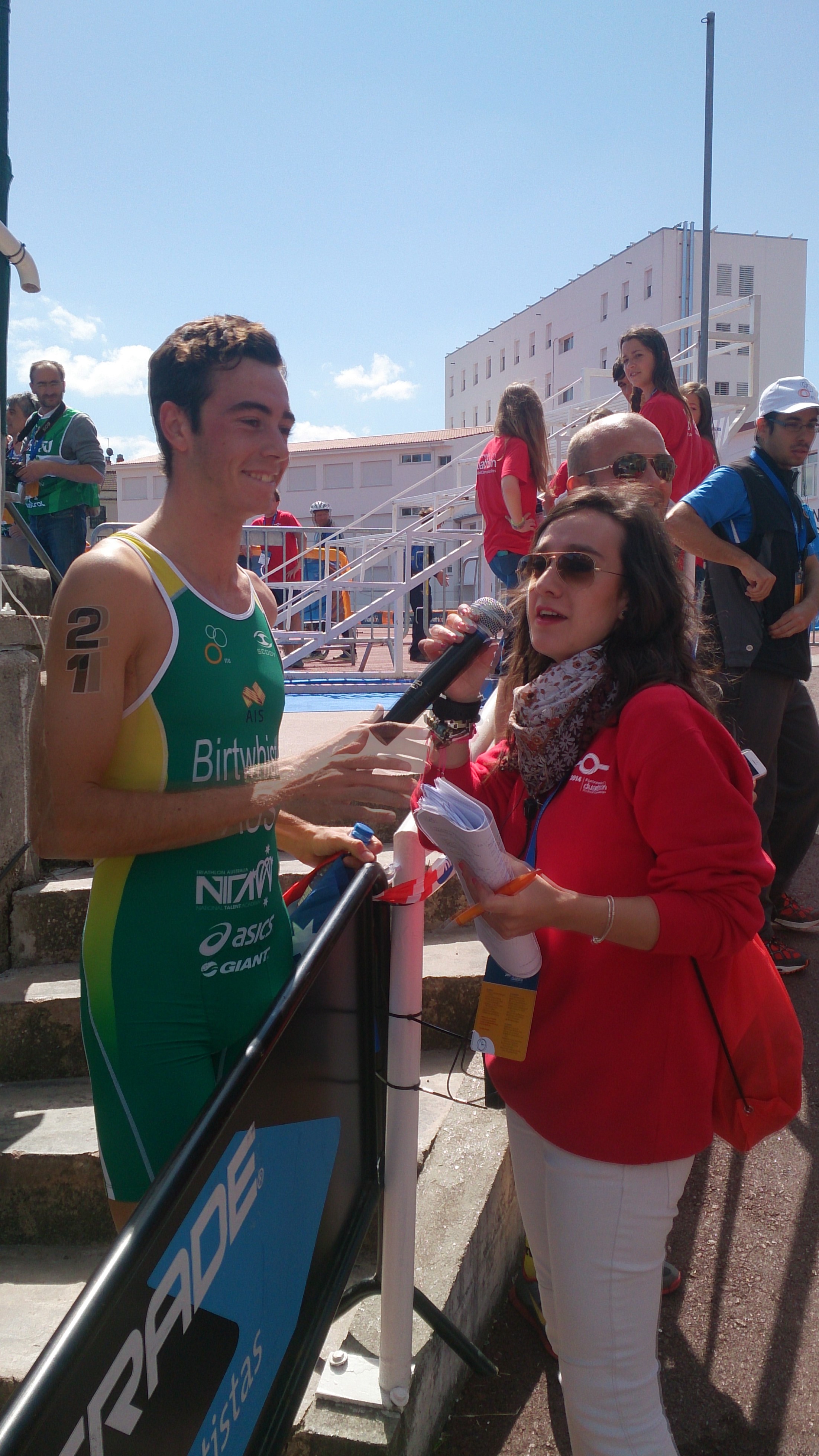 He will now set himself for this year’s ITU World Championships in Edmonton, from August 26-September 1.

Birtwhistle was excited and posted this on his twitter account: "Got a world title to my name again, Junior Duathlon Champ! Thanks all for the messages! Just have to do it again in Edmonton now with a swim!.”

But then this: "If anything could ruin your day when you just became a world champ, it'd be a Burger King sign with no BurgerKing; #racedaydiet.”