I got involved in triathlons by accident. I was an aspiring track athlete originally but was injured in 1988, so took up triathlons for a bit of fun and fitness. Ironically, my original injury was from riding a push bike. I went over the handle bars and the front chain ring cut through my Achilles tendon.

I had a pretty tough time of it from then. I was in Brisbane with no job, no family to rely on, struggling to support myself. I managed to get a job working at the buffet at the Sheraton hotel but I had some disagreements with the people I was living with and ended up with nowhere to stay. On top of that, I was driving along Milton Road when I got two flat tyres and with only $3.26 left in my account, I ended up walking to work and back from my car for a week until I could afford to get my tyres fixed. Then I was able to move my car to a park for a few days until I saved enough to rent a little place. I survived that time through acquiring scraps of food and showering at work, and made a promise to myself that I would own my own home one day and be secure.

My parents had split up as I’d finished high school, leaving a broken family with a lot of issues, so I didn’t really feel I could ring for help. Pride was another factor as Dad had always said I’d never make a future from sport. In the end, I’ve made it to where I am through my own stupidity, stubbornness and sheer determination. It certainly gave me the tenacity and drive to ensure that I was successful in whatever I did.

I went away from sport for a while. At the time I didn’t recognise, but I was pretty down and depressed. I got in with the wrong crowd with drugs and alcohol. One day in 1992, I woke up, straightened myself out, went cold turkey and moved forward. I worked my way up in Brisbane City Council over 15 years, self-educating myself in coaching. In 1996, I discovered triathlons.

I started informally coaching in 1998 when I was working with a triathlon group who asked me to help out with their running training. The group’s coach at the time wasn’t happy with that and booted us all out of the club. That night, the others asked me if I would keep coaching. I said, “Well, I don’t know anything about it, but if you’re willing to give me a go, I’ll go and learn what I can about the swim and bike and go from there.”

I began coaching these people for $20 per month each. After it became 45-50 people I felt it was a bit much so I doubled the price. That still left me with 25 clients, so I kept putting the price up until I had a manageable amount of people!

My first real year of coaching was 1999 and I coached David Dellow to the Australian Junior Championships, which he won, and then made the team for the World Championships in Canada. I funded myself to go to Montreal – not realising you had to be selected to be on the team as a coach! I booked a place in the same town and turned up to training the next day. 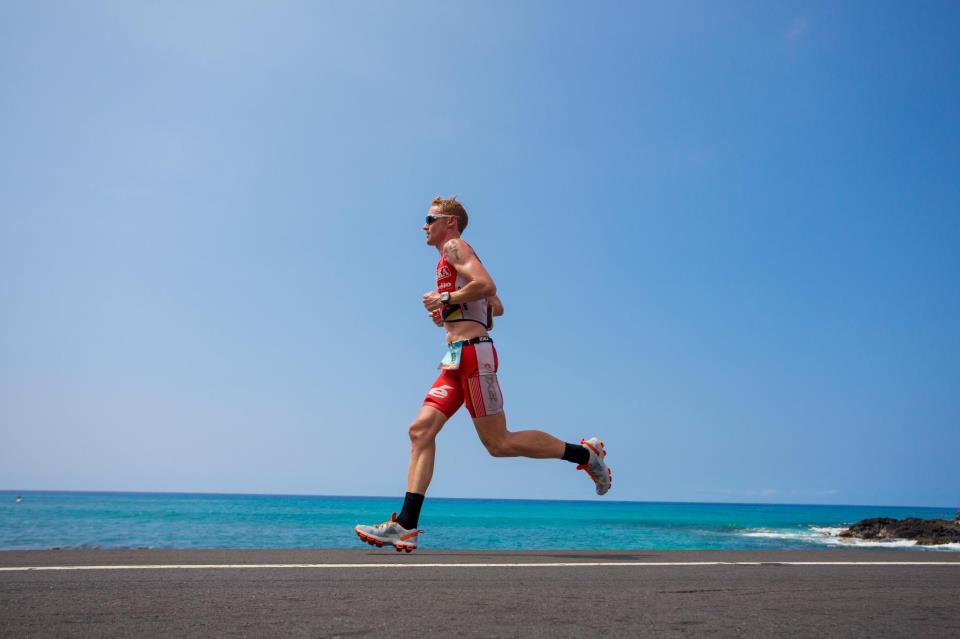 “What are you doing here?” they said, looking surprised. “I want to be part of the team,” I said. “You can’t be” was the quick reply, but after about a week of turning up, Cole Stewart (National Coach at the time) said, “If you’re going to keep turning up, you might as well do something useful.” That was my entire introduction to triathlon coaching and I’ve been hooked ever since. I still don’t really know how I ended up here but I’m really passionate about making people successful.

Back in 1998 when I started out, I set myself a goal of getting to the Olympic Games in 2016 with a gold medal-potential athlete. I worked backwards from there, calculating how many years I would need, to learn each aspect of the sport. Now, knowing what I know, I realise I was absolutely crazy! I really had no idea, but I set myself the goal and methodically went about doing it.

I saw a girl running one day – Emma Jackson – and brought her to the group. She worked hard and ended up going to the London Olympic Games in 2012, finishing 8th. She could have done better but a few things went wrong along the way for her but I realised I had achieved my goal of getting a competitive athlete to an Olympic Games earlier than I thought. 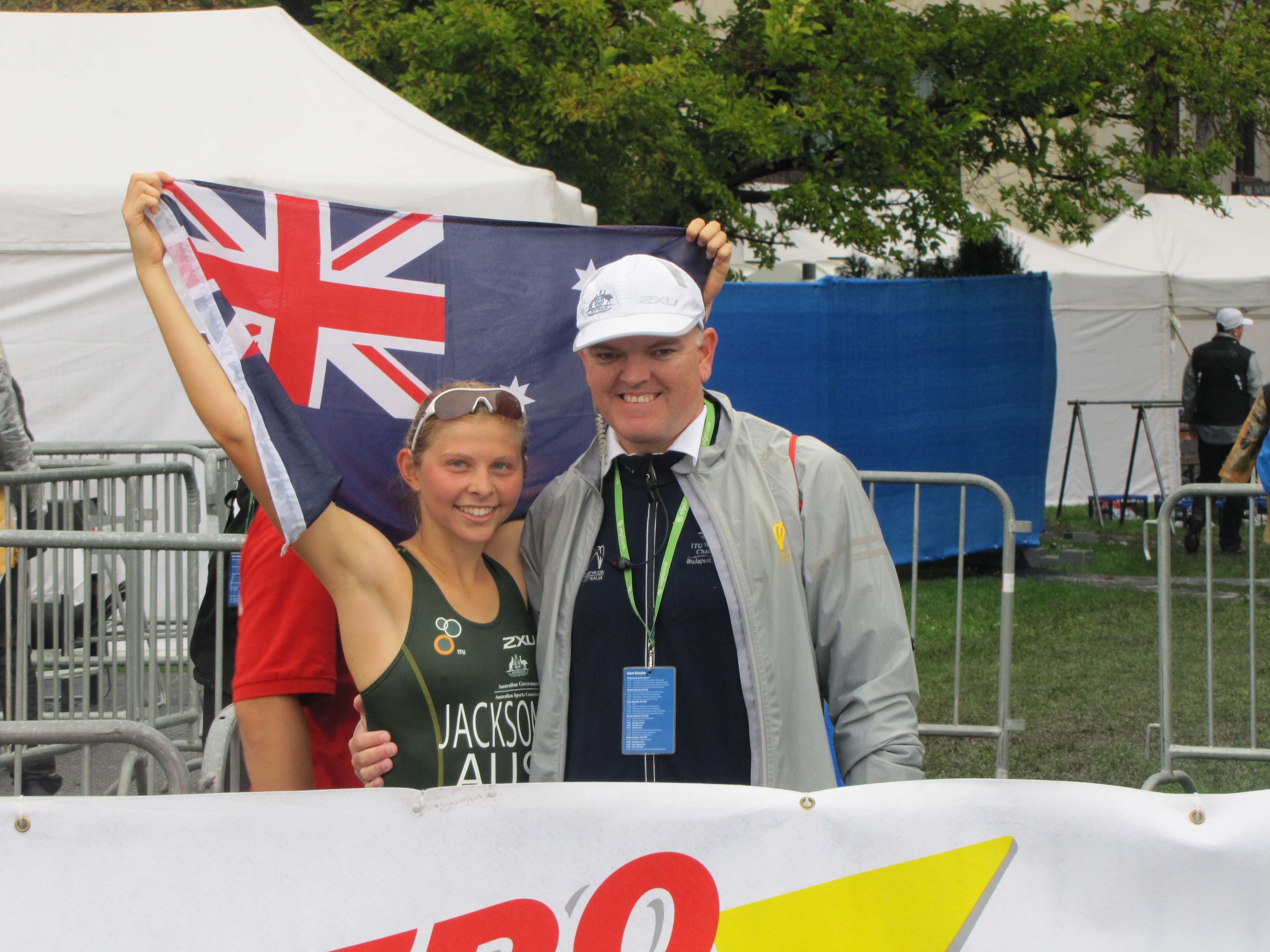 I’ve learned from a lot of people along the way including Shaun Stephens at the Queensland Academy of Sport. We were talking in 2002 when I told him my goals. A few years later when things were going well, he said, “Remember when you told me your Olympic goal? Back then, I thought you were an idiot. But you stuck with it and you got there.”

As well as the knowledge challenges, I have had to overcome a lot of my own insecurities and self-doubt. I remember Bill Davoren, then National Performance Director, telling me I would never make it as a coach. How do you deal with that? I had to have a look at myself, change things and develop as a coach. I’d had a pretty big chip on my shoulder for a number of years, so I had to adjust my attitude and become a better person and coach all-round.

To prepare our athletes for the challenges ahead, we have to have good fundamental processes and structure. Adversity is everywhere and triathlon is a high-demand sport with 30 hours of training per week, and more outside that. It's tough mentally, emotionally and physically, so they need a good support team around them and balance. Without that, it’s very difficult to move forward as adverse situations will knock you down.

There is a lot of stress, especially at the Olympics and in the post-Olympic slump. It took me a good 6 months after the Olympics to get through it and find a way forward. At times we can drive so much into process rather than result, that perhaps we get a bit numb to our successes and failures. Obviously, the failures rock the athletes more than the successes but once they’ve tasted success, those failures are even tougher, even with the support system and coping mechanisms. We don’t always let them feel the disappointment of failure enough early on, so they can learn to deal with adversity and the unexpected moments of life, to learn that life will go on. Sometimes they can’t see that, and won’t know how to deal with it until it happens.

In 2015 I went on the podium coaches course at the AIS, centring on leadership and emotional intelligence, which has really transformed my coaching and personal development. On completion, I went about changing the culture of my training group, which I felt had become quite negative. I also began talking to a sports psychologist every week to discuss our wins and challenges. I have been really inspired by Dr Ric Charlesworth and how he went about changing the environment in hockey. It’s also been well documented how swimming has achieved success by working on their internal culture.

I’m committed to my own personal development, not just as a sport coach, but as a person and a leader. Years ago, I would let the sport become all-consuming, but now with two kids and a fantastic wife, my priorities have changed and it has helped balance me out. I’ve realised that the results in the sporting space, while exciting, are short-term and limited compared to the long-term needs, commitment and loyalty of family.

I often get asked the question: What does it take to be successful? My sarcastic comment is always: “No Wife, no life, and invest in your career”; but obviously that’s not a recipe for sustainable success! One of the biggest challenges is having a good structured development pathway that feeds into the system. Personally, I pushed my way into the system, but I don’t think it should work like that – it’s not a formula for success. Triathlon Australia have invested more in coaches and structure than they ever have before, but they can’t pay everyone. In today’s society there’s a big sense of entitlement, but you have to earn your way, work hard, be better than others, be more committed and demanding of yourself and your team. Make opportunities happen, don’t wait for them to come to you. Be passionate about what you want to do and achieve – that goes for all coaches, not just sport.

Stay true to yourself. Don't try to be something that somebody else wants you to be. No matter how tough you think it is, remember you are playing sport and to keep this in perspective, no matter what happens.

Steve has coached in the Australian High Performance Triathlon system at the Elite level for over 10 years and during that time consistently guided Australian athletes to national and international success.

He is the current Triathlon Head Coach at the Queensland Academy of Sport, and coaches a number of exciting Olympic and Paralympic triathlon contenders for the Rio Olympic Games. In 2014, Stephen was awarded High Performance Coach of the Year for Triathlon Australia.