TWO-TIME world championship representative Sophie Malowiecki has edged out training partner Brittany Dutton in a frantic fight to the finish in the opening round of the Scody Australian Junior Triathlon Series in Canberra.

And in the men’s race it was Hervey Bay’s two-time Oceania champion Matt Hauser who cleared out to start his season trek toward the World Championships on a high note.

Earlier in the day, New Zealander Dylan McCullough showed a clean pair of heels in the Men’s Youth race while South Australian Charlotte Derbyshire scored an impressive victory in the Women’s Youth  event.

But it was the thrilling sprint finish in the Junior Women (750m swim; 20km bike; 5km run) that captured the imagination of the crowd on what was a perfect day for triathlon in Canberra.

Malowiecki edged in front on the final turn of the 5km run but 2014 Youth Olympic gold medallist, Dutton wasn’t done with and raced to Malowiecki’s shoulder in the sprint to the finish.

It was a fitting finish for the pair, who were both forced out of this year’s ITU World Championships in Chicago with injury.

They now have their sights set squarely on making the Australian team for next year’s ITU World titles in Cozumel, Mexico.

ACT local, Grace Hoitink led the field out of the water following the 750m swim, before a group of six, with Claxton, Hedgeland, Malowiecki and Dutton joining in to push the pace on the 20km bike ride

And at the start of the run it was Malowiecki, Dutton, Hedgeland and Claxton who immediately cleared out for the five-kilometre run to the finish.

Malowiecki, who has been in good early season form, is an experienced racer and she knew she could not underestimate Dutton who fought all the way to the finish.

The men’s race saw brilliant Queenslander, Hauser smoke the field after a helter-skelter start with a lead group of nine forming on the bike.

Hauser, the two-time Oceania champion and Scody Series winner in 2014,  was close up on the swim and in the thick of the action on the bike before asserting his authority early on in the five-kilometre run home.

“The boys all worked well together on the bike and that certainly paid dividends, knowing there were some good runners, like (first time Junior) Lorcan Redmond in the chase pack,” said Hauser, who will re-locate to the Gold Coast to study at Griffith University and train at the National Performance Centre at Pizzey Park, under Dan Atkins in January.

“The plan was to ensure the transition was smooth and then work hard on the early stages of the run and that’s the way it panned out.

“I was able to look back and see how the boys were going and then back off into cruise control toward the finish.

“But it was certainly a great way to start the season, knowing there are two bigger races to come next year, which will go towards qualification for the World Championships.”

Hauser admitted the five-week break, after his fifth place in what was reduced to a run-bike-run course in Chicago this year, was ideal in his overall scheme to come back bigger and better than ever in 2016.

The Youth races (400m swim; 15km bike; 3km run) were again highly competitive with McCullough adopting a catch-me-if-you-can tactic and running away with the victory from Oscar Dart (VIC) and Josh Ferris (NSW) in the men.

Hill certainly has some pedigree, with mother Rina a celebrated marathon runner-turned Olympic triathlete-turned marathon runner, who represented Australia at the 2004 Athens Olympics in triathlon as well as six ITU Triathlon world championships. 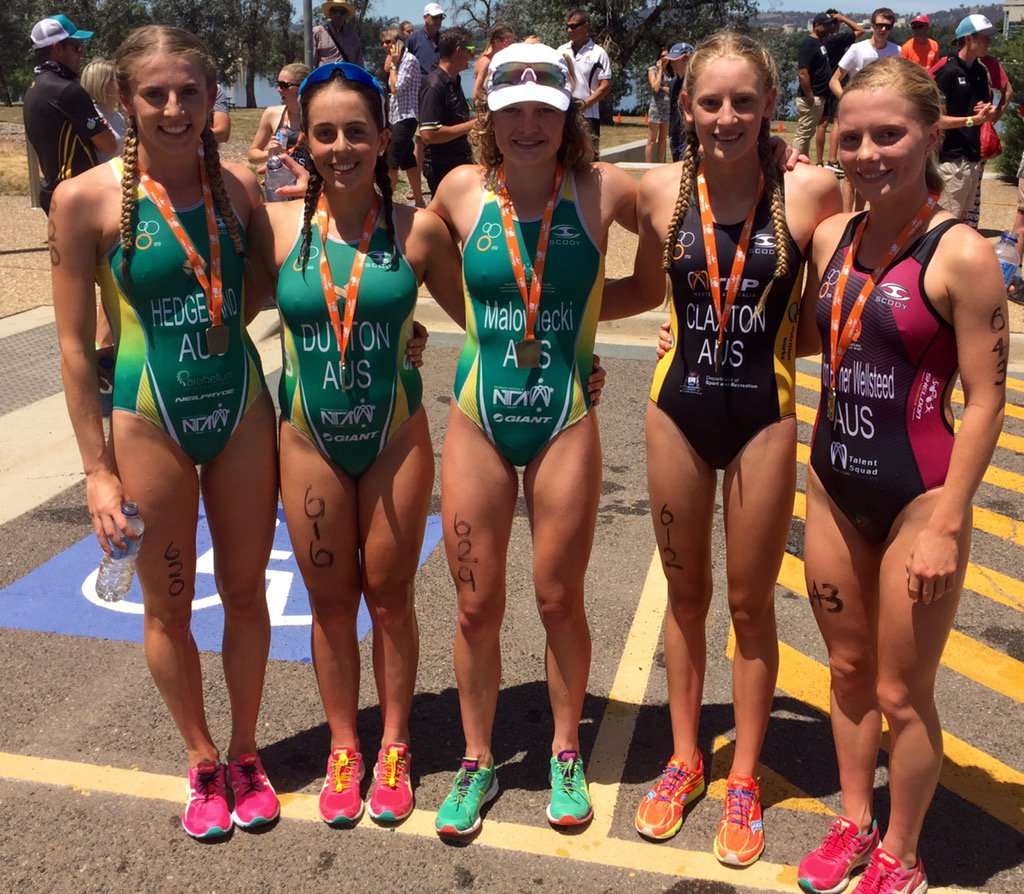 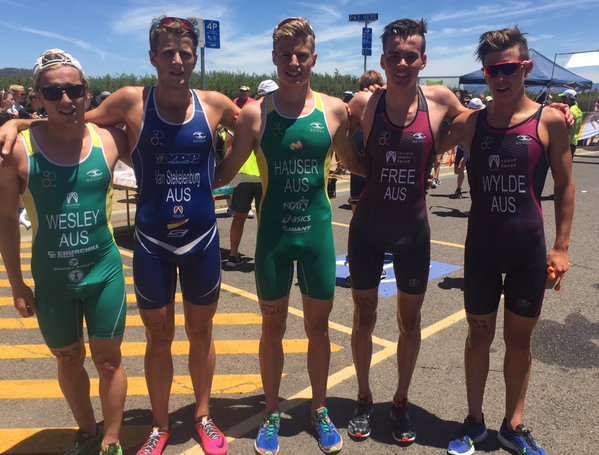