Australia’s elite triathletes will be looking to build on their form from last month’s Gold Coast round when they line up in the fourth leg of the ITU World Triathlon Series in Yokohama on Saturday.

Emma Moffatt, who gained automatic nomination for her third Olympic team for Rio with her seventh place finish to Great Britain’s Helen Jenkins, will lead a full compliment of women.

Moffatt will be joined by fellow Gold Coaster Ashleigh Gentle, along with Charlotte McShane, Gillian Backhouse, Erin Densham and Emma Jackson while in the men’s field Australia will be represented by Ryan Fisher and Jake Birtwhistle. 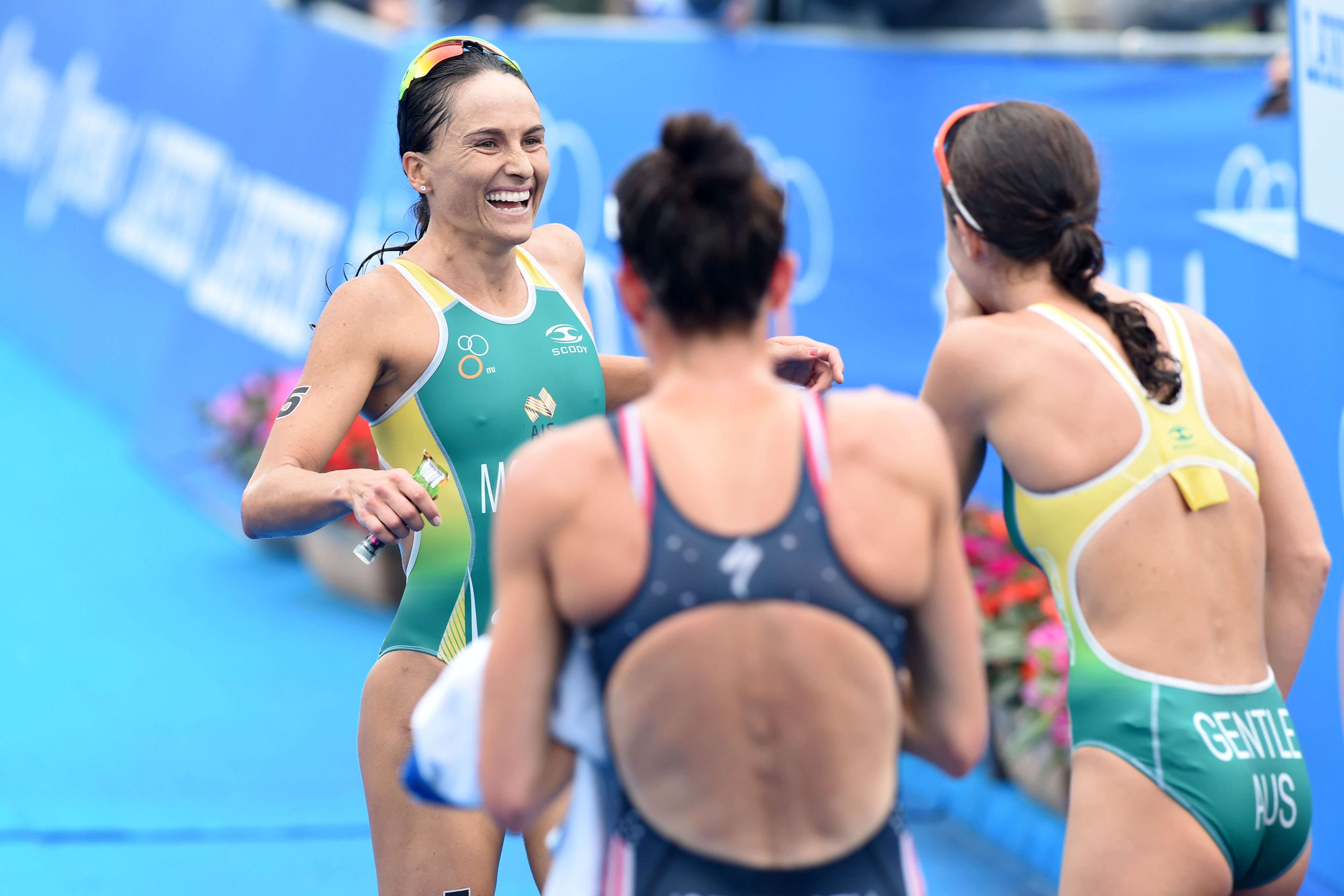 The Yokohama triathlon round is the final race inside the Olympic Qualification period which started in May 2014.

Gentle, McShane, Backhouse, Densham, Jackson, Fisher and Birtwhistle are vying for the three remaining Olympic Team discretionary nominations – two for the women and one for the men.

Gentle and Moffatt will have happy memories of the Yokohama race from last year when they were second and third respectively behind the USA's ITU World Champion Gwen Jorgensen while in the men’s race it was Birtwhistle who was ninth in a race won by Spain's Javier Gomez and in a field that included fellow Spaniard Mario Mola and Great Britain's Alistair Brownlee.

The Gold Coast proved to be a breakthrough race for Fisher, who produced his best ever WTS placing, finishing fifth in the race that saw Ryan Bailie capture automatic nomination for Rio with his fourth place finish.

Birtwhistle was ninth in another show of strength by the 2015 Under 23 World Champion.

Not since the Auckland round of the WTS in 2014 has Australia had three athletes in the top 10 when Aaron Royle, Dan Wilson and Ryan Bailie actually all finished inside the top five with their third, fourth and fifth placings.

“The men’s depth is certainly on the rise and to have two men in the top five and three in the top 10 in a quality field like we had on the Gold Coast is certainly encouraging that’s for sure,” said Savage, before he left for Japan last night.

“Ryan Fisher leapfrogged himself into the top five on the Gold Coast from his previous best placing of 12th in Abu Dhabi a few weeks before. Both those performances are certainly very encouraging.

“Emma Moffatt is continuing to impress and although we may not yet be at the heights of past years in the women’s ranks there have been encouraging signs.

“The one thing that is most apparent is if you have a discipline that is not up to standard then you will be exposed – there is no where to hide – you have to have a strong swim, bike, run.

“Some aspects have been good with the women but there has to be improvement overall to match it with the best in the world.”

Australia has been one of the leading countries in Paratriathlon since the decision was made to add the sport to the Rio schedule for the first time in 2016 and at Penrith last month Chaffey, Doughty and Garvey all ticked the final nomination selection box to the Australian Paralympic Committee.

They will all be on show again as the Australians continue to write their own slice of history in an Olympic triathlon journey that started for Australia’s first Olympic triathletes 16 years ago on Sydney Harbour.