Your Guide to Triathlon in Tokyo

Your Guide to Triathlon in Tokyo

The countdown is well and truly on for Tokyo 2020! For all the Aussie triathlon fans out there, here is everything you need to know about triathlon in Tokyo and how to get behind the team.

With 110 athletes across 38 countries set to take to the start line across the men’s and women’s individual triathlon and 18 teams to line up for the debut of the Mixed Relay – we are set for action packed racing ahead!

7plus will be streaming every sport LIVE, FREE and in HD. Check out the 7plus Olympic Hub –it’s LIVE now and only getting better with new features coming soon: https://7plus.com.au/olympics.

Download the 7plus app for your Smart TV, mobile or tablet now. Add your favourite sports to a watchlist, access replays and highlights of the best action on-demand, event guides and more!

Add triathlon to your watchlist +

In the men’s individual race Australia’s athletes will be towards the centre of transition, mount line side, with Jake Birtwhistle allocated number 10, Matt Hauser will wear number 11 and Aaron Royle number 12.

In the women’s individual race Australia’s Ashleigh Gentle will wear number 20, Jaz Hedgeland number 21 and Emma Jeffcoat number 22, and have been drawn close to the start of transition near the dismount line.

GET TO KNOW THE TEAM

STAY UP TO DATE

Join our TRI Life community to receive the latest triathlon news and updates direct to your inbox. Sign Up Here.

History of Triathlon at the Olympics 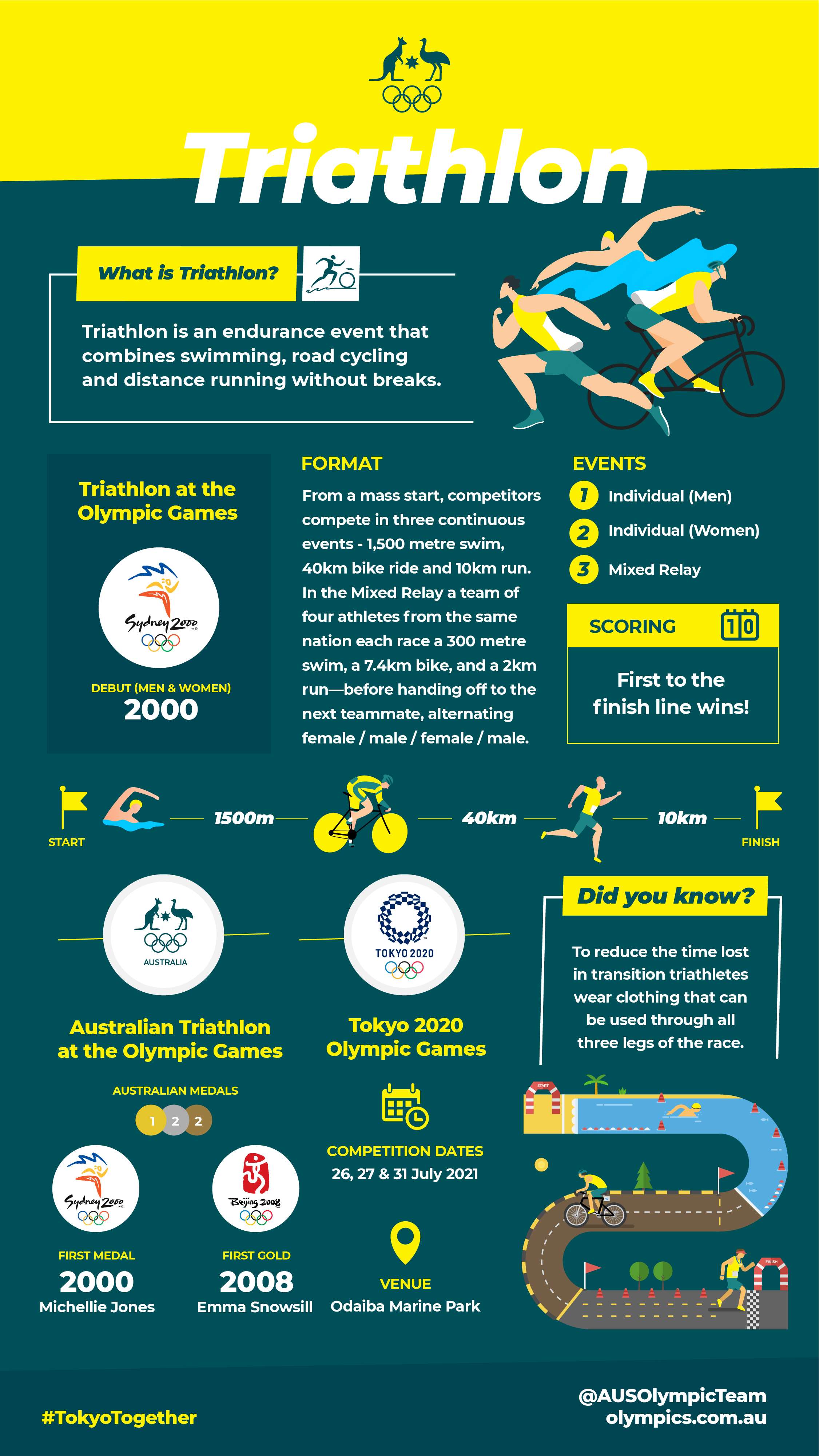