Community sport is back and so are the Triathlon NSW Forager Interclub Leagues!

With the green light returning for races across all of ACT and NSW, Triathlon ACT are excited with the announcement of ICL04. The 4th iteration of the Inter Club series sees the introduction of the ACT League, and will allow us to reward and recognise clubs and athletes from across NSW and the ACT as they compete at some of the most iconic races within their region.

To throw some "fuel onto the fire", we are excited to confirm the addition of 'Club Prizes' and 'Individual Prizes' that are up for grabs this season. The winning club from each League will win a $300 voucher from a commercial race director and to add more spice into the mix, the overall League MVP from each region will secure an individual $100 towards their triathlon addiction next season.

TACT and TNSW would like to thank Elite Energy Events, H Events and NX Sports for supporting the series - both with prizes, and underpinning the series by delivering superb races across NSW for Triathlon NSW and Triathlon ACT members to attend.

Forager ICL04 will feature 8 competitions (inclusive of ACT) in total:

Remember, you’ll need to be a Premium or Standard member of your club and TNSW / TACT to earn points in the series, so don’t forget to sort your membership out before your first race. You can renew your membership HERE.

With COVID-19 restrictions still in place, races will be subject to change but we can’t wait to see our members back racing, and our clubs being represented again! 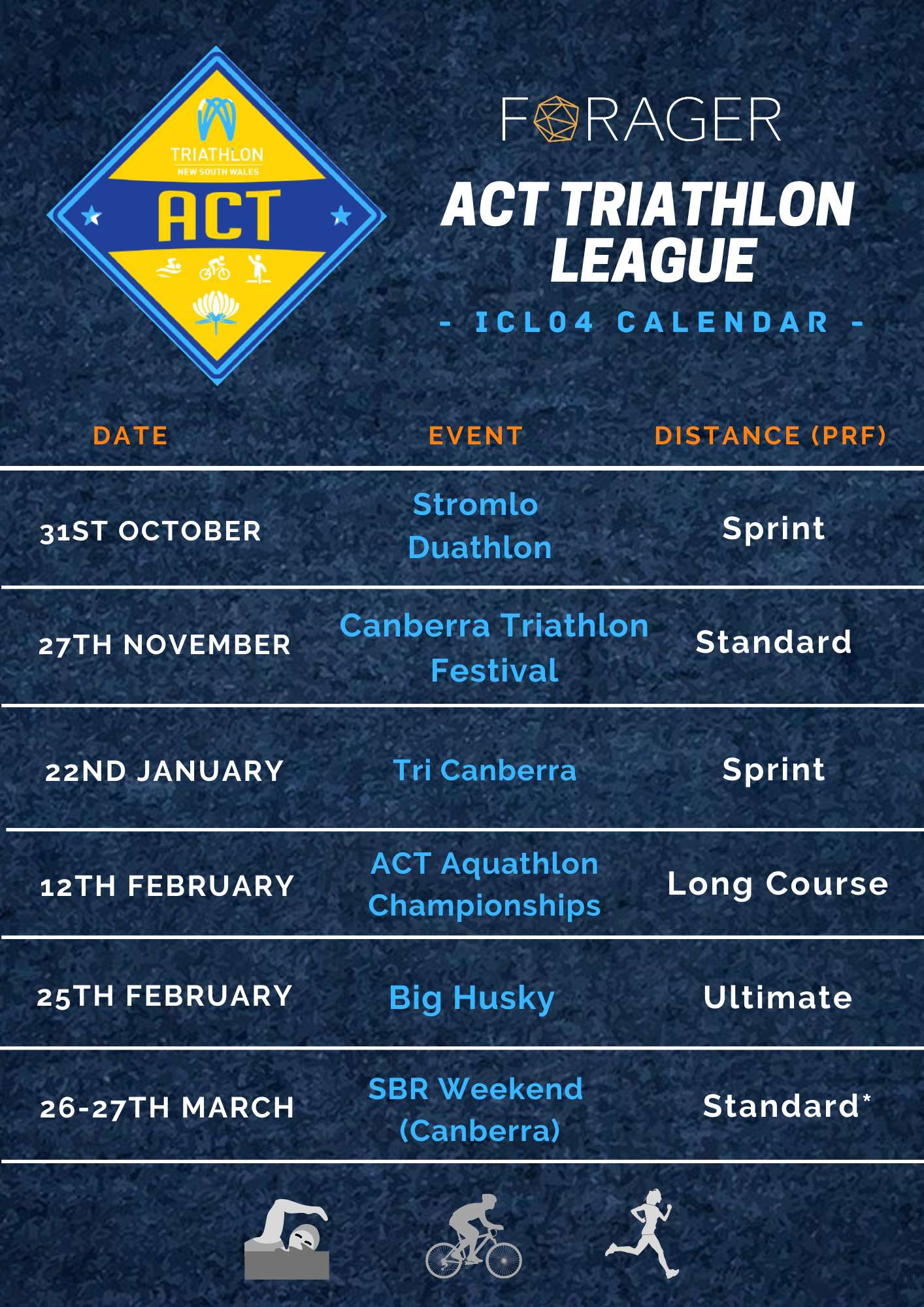